Depending on where you live, you’ve probably seen a common bird of prey or two gliding through the sky. Regardless of the interesting birds you may have seen in the wild, some of these colossal birds of prey are sure to dwarf them by comparison. With astounding wingspans and hooked beaks, these massive raptors soar through the skies untouched by other predators. You probably won’t be finding any of these behemoths during your backyard bird watching adventures! Let’s learn about 7 of the largest birds of prey in the world and see how they compare to one another. 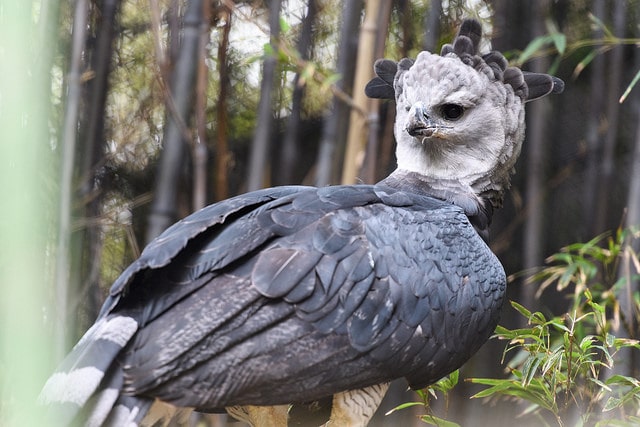 With a proud feathered crest atop its head and 3-4 inch claws that rival a Grizzly Bear’s, the Harpy Eagle easily secures its place at the top of its local food chain. These fierce, winged hunters can take down prey such as sloths and monkeys with little effort. However, they also have a softer side: Harpy eagles are also known to work tirelessly alongside a mate to nurture their young. Male and female birds look alike in terms of plumage, with both sporting a double crest and similarly distinct markings. Females, however, can grow to be nearly twice as heavy as males.

The beautiful Harpy Eagle stands proud as the national bird of Panama. 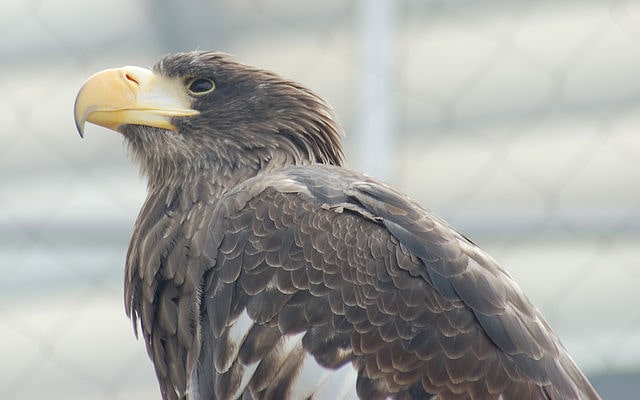 Steller’s Sea Eagle weighs in as the heaviest eagle in the world on average. This large bird generally prowls coastal areas and frequents the Russian coast in search of food. Its diet consists very largely of salmon, but is supplemented with other varieties of fish as well as the occasional shellfish or crustacean. While the Steller’s Sea Eagle breeds almost exclusively on the eastern coasts of Russia, it has been witnessed migrating through China and (rarely) along North American coasts as well.

The Steller’s Sea Eagle largely owes its astounding eyesight to the fact that it has forward-facing eyes. This sharp-sighted hunter can utilize either monocular or binocular vision depending on what its current situation calls for. 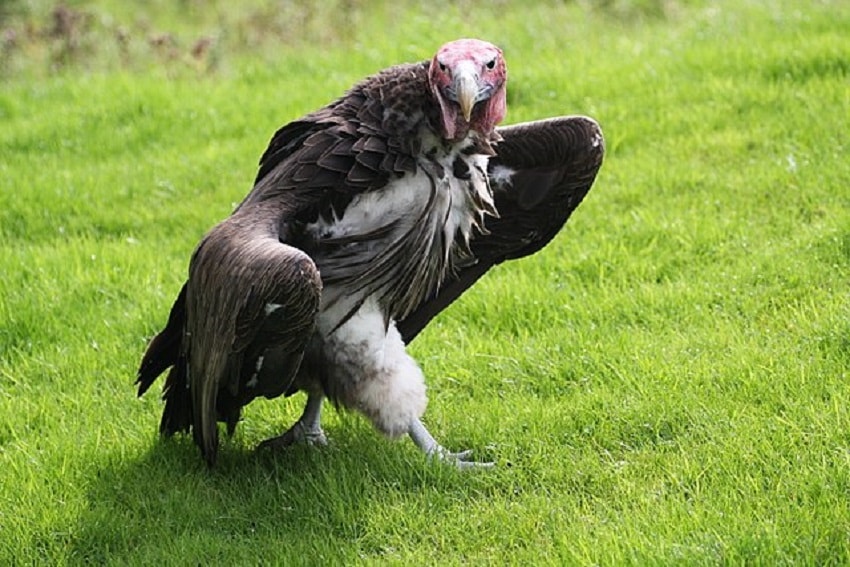 Using its superb senses of sight and smell, the Lappet-faced vulture glides through the sky to locate the carrion that it feeds upon. Like some other gigantic vultures, this bird isn’t afraid to take down small to medium sized prey when carcasses aren’t readily available. This bird uses its formidable, hooked beak to tear through the hide to reach the meat it craves, and plays an important role in opening the carcasses for other birds that are too small to break through on their own. While most all other vultures have bald heads, the Lappet-faced Vulture has a unique coating of fine, downy hair on its head.

The Lappet-Faced Vulture is generally a solitary bird, and does not nest in colonies like many other types of vultures do. This reclusive bird builds massive nests out of sticks in more secluded areas and has a wide territorial range. 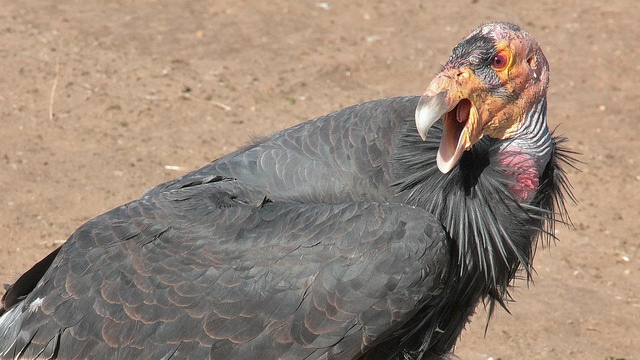 Easily the largest flying bird in North America, the California Condor can soar on its massive wings at up to 55 mph by hitching onto wind currents mid-flight. This giant bird of prey can also roam the skies for an unusually long lifespan of 50 years or more in the wild. California condors prefer to nest in cliff caves, rock crevices, or redwood hollows. This bird tends to seek out ready nesting spots rather than building a nest, and does not generally refine its nest with sticks or other materials.

The California Condor is a tough survivor, and is able to go 1-2 weeks without eating if necessary. Other self-preservation tactics include fluffing neck feathers for warmth in cold weather and urinating down one or both legs to cool off in hot weather. 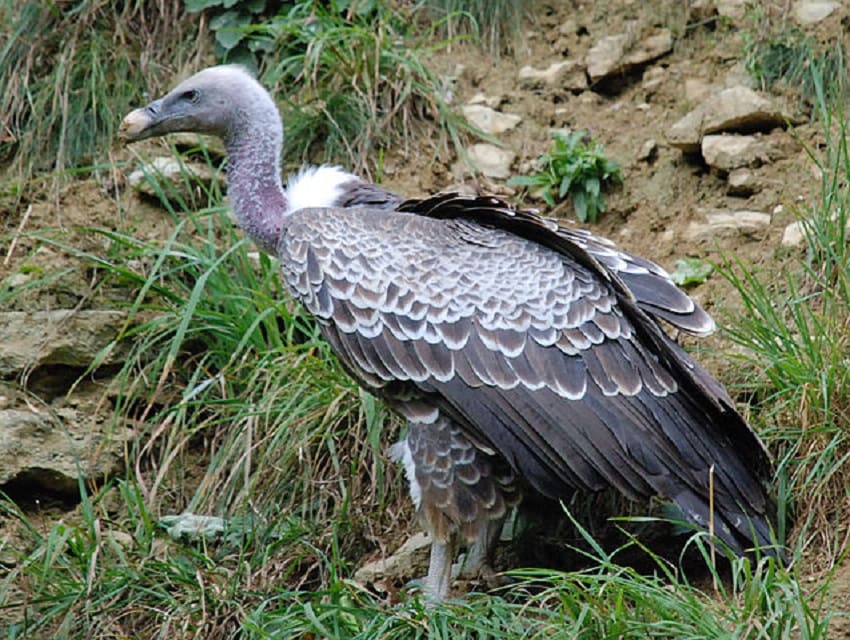 While the Himalayan Griffon Vulture generally keeps to itself and is unlikely to attack humans, it is technically a man-eater. These massive birds often play a key part in Tibetan Sky Burials by scavenging human remains placed upon the crags. 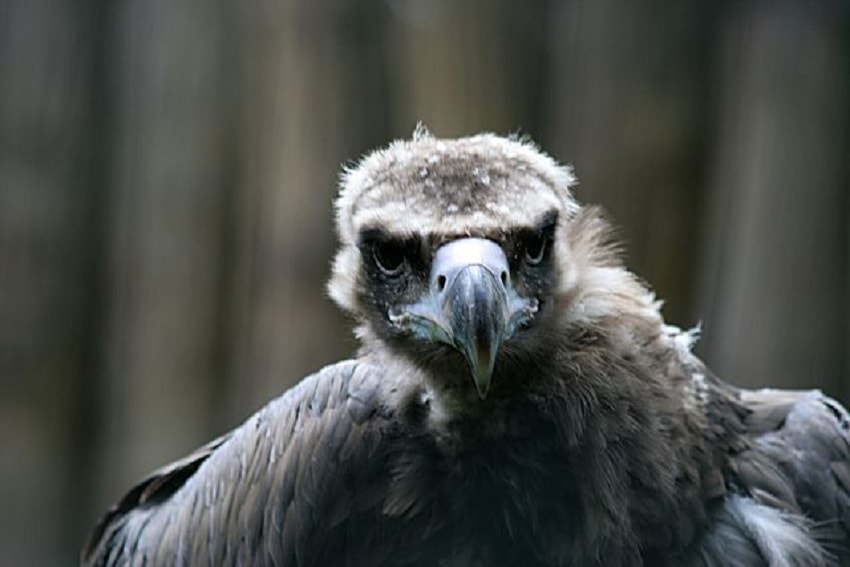 This colossal bird is a member of Accipitridae, the same family as kites, harriers, and buzzards. Many people have described the Eurasian Black Vulture as “halfway between a vulture and an eagle”, which makes sense when you take a look at its stern gaze and largely featherless head. This bird’s baldness is framed by a fluffy collar of feathers that fades in color with age, giving a visual indicator of how old each specimen might be. The silhouette of the Eurasian Black Vulture is distinctive as a result of the wide, blunt wings that keep this leviathan aloft.

The Eurasian Black Vulture benefits from a specially adapted kind of hemoglobin in its blood that allows it to take in extra oxygen at higher altitudes. 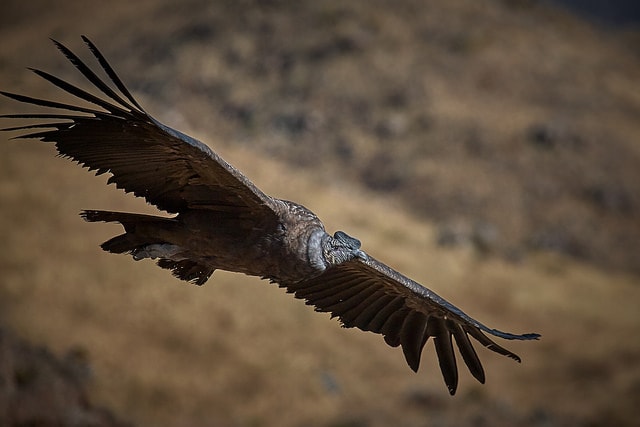 The Andean Condor is the largest bird of prey in the world, and is also recognized as the largest of all birds that can fly. As a member of the vulture family, the Andean Condor sports the classic bald head that enables it to keep its face and neck clean while feasting upon carrion. Though this bird’s magnificent wingspan might make it appear to be a graceful flier, it actually has trouble staying aloft at times due to its hefty weight. As a result, the Andean Condor prefers to stick to flight paths that make use of mountain air currents to help support it midair.

While this massive condor does not have talons as impressive as those of other birds of prey, it has been known to supplement its scavenged diet with eggs or hatchlings of other birds.