Today, mammals still reign as the largest animals on Earth. In fact, the Blue Whale is the largest animal to have ever existed, but they live in the sea and weren’t included on this list. Most of the land mammals on this list are extinct, but a few of them are still alive today. The extinct land mammals do have existing descendants that are quite large, but they don’t come close to their ancestors.
Estimated Weight: 3 to 4 metric tons (6k to 9k lbs)
Habitat: South America
Time Period Lived: Early Pliocene to end of Pleistocene (5 million to 8,000 years ago)
Scientific Name: Various but best known species is Megatherium americanum 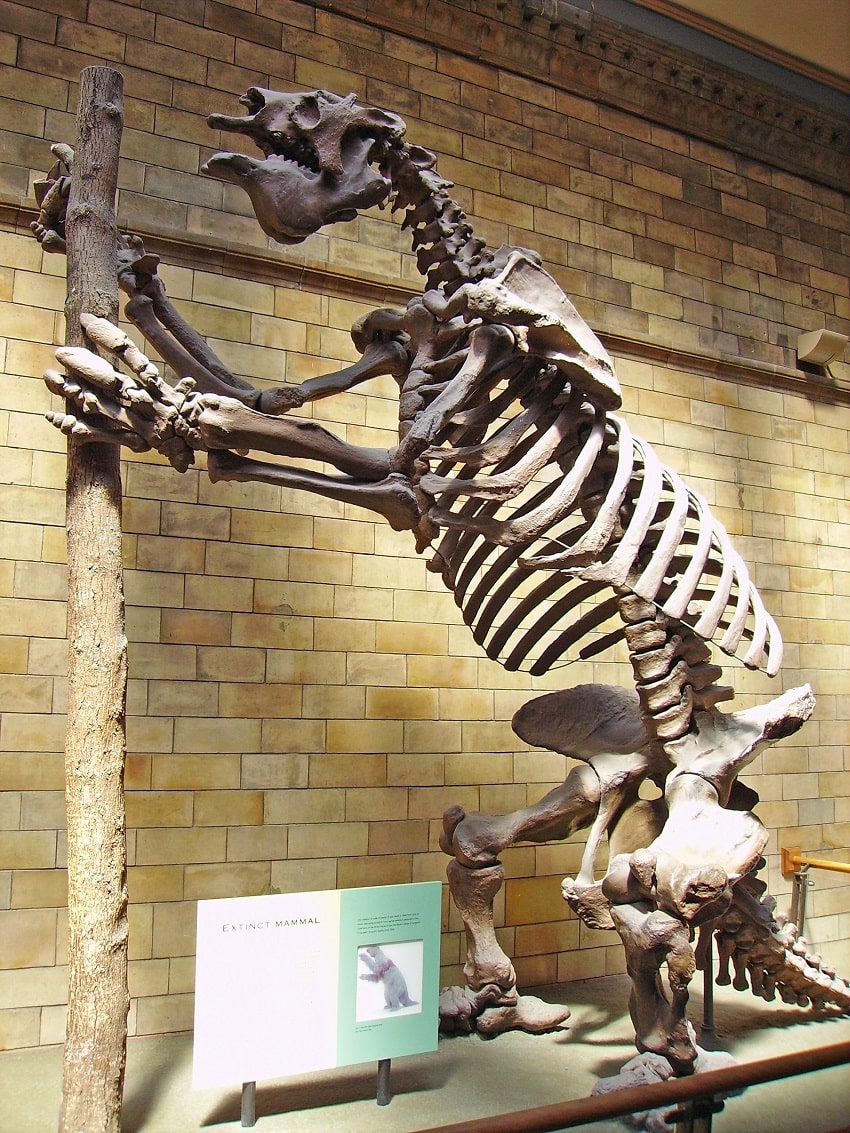 Megatherium were giant ground sloths and the ancestors of modern-day tree sloths. Unlike their modern counterparts, which only weigh about 5 kilograms (11 pounds), Megatherium weighed between 3 to 4 metric tons (6,613.87 to 8,818.49 pounds). When Megatherium stood on its hind legs it was 3.5 meters (12 feet) tall.

There were a few various species of Megatherium, but the one species that we have the most information about is Megatherium americanum, which lived in South America, primarily in what is now Argentina, Uruguay, and Bolivia.

Our ancestors may have eaten Megatherium as scientists have uncovered fossils with cut marks on them, which were most likely made by human tools and weapons. 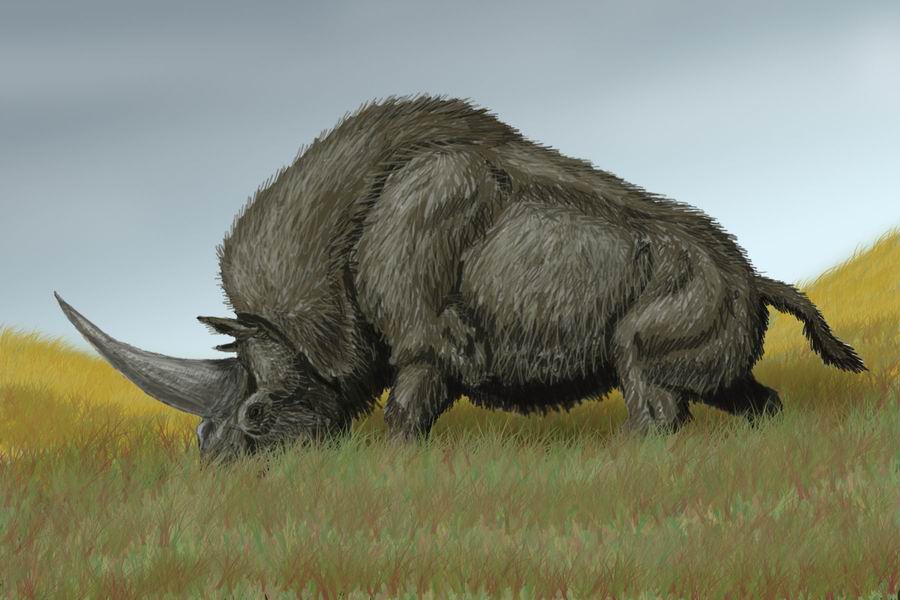 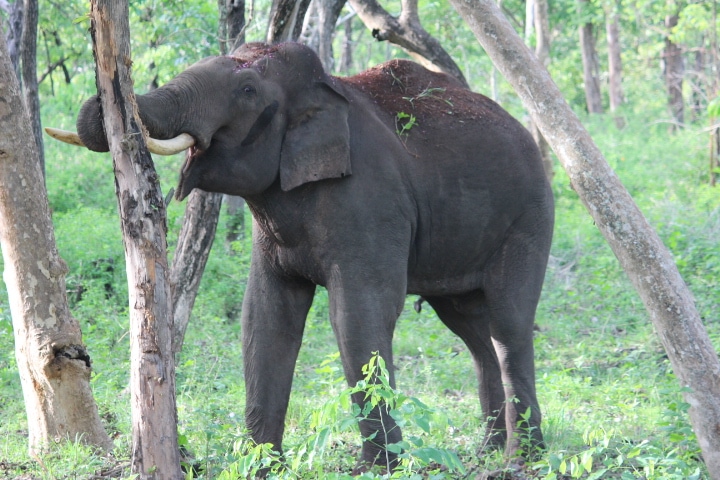 Asian Elephants are the closest living relatives to the Woolly Mammoth, but aren’t quite as large. However, Asian Elephants are still some of the largest existing mammals in the world and can weigh between 2.25 to 5.5 metric tons (4,960.4 to 12,125.4 pounds). On average, Asian Elephants stand 6 to 12 feet (1.8 to 3.8 meters) tall at the shoulder.

Asian Elephants are fairly easy to domesticate and have been used by humans for thousands of years. People use Asian Elephants to move heavy objects, to carry humans and cargo, and even to wage war. 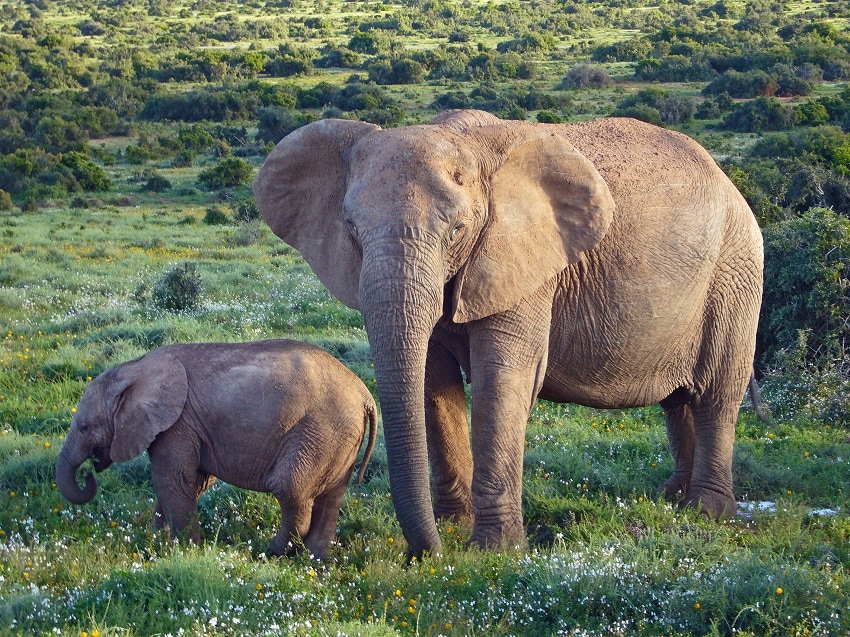 African Bush Elephants live in Sub-Saharan Africa, primarily in Kenya, Tanzania, Botswana, Zimbabwe, Namibia, and Angola. To go along with their large bodies, African Bush Elephants have massive tusks that are 2.5 meters (8.2 feet) in length and weigh between 50 to 100 pounds (22.7 to 45.36 kilograms).

The African Bush Elephant’s trunk has 100,000 different muscles and is used for grabbing, drinking, breathing, smelling, and trumpeting. 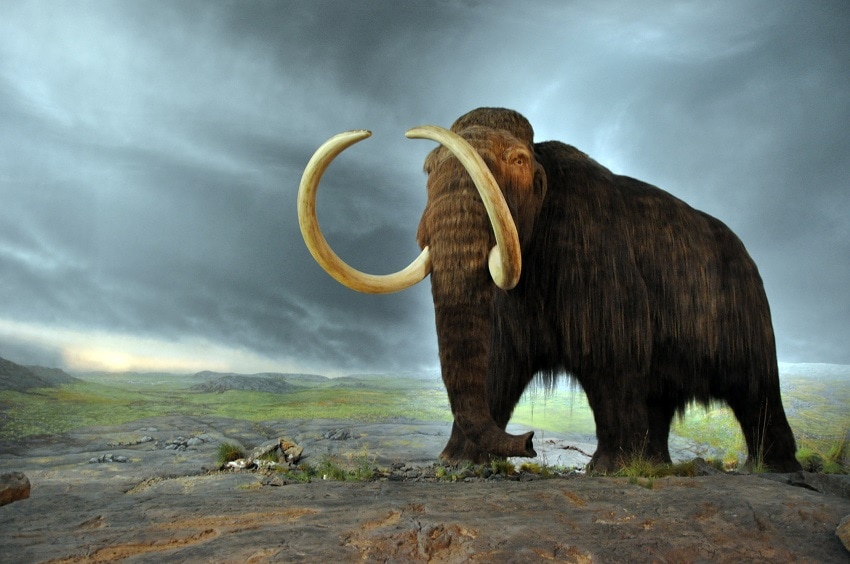 The famous Woolly Mammoth was the smallest of all known mammoths, but was still a massive animal. Woolly Mammoths weighed up to 6 metric tons (13,227.7 pounds) and were 4 meters (13 feet) tall. In the past, Woolly Mammoths were abundant and roamed the Earth from northern Asia all the way to the northern parts of North America.

Although Woolly Mammoths lived a long time ago, they only went extinct about 4,000 years ago. In recent years, the scientific community has revealed that they may be able to resurrect the Woolly Mammoth from extinction.

Woolly Mammoth hair could reach a length of 1 meter (3 feet). 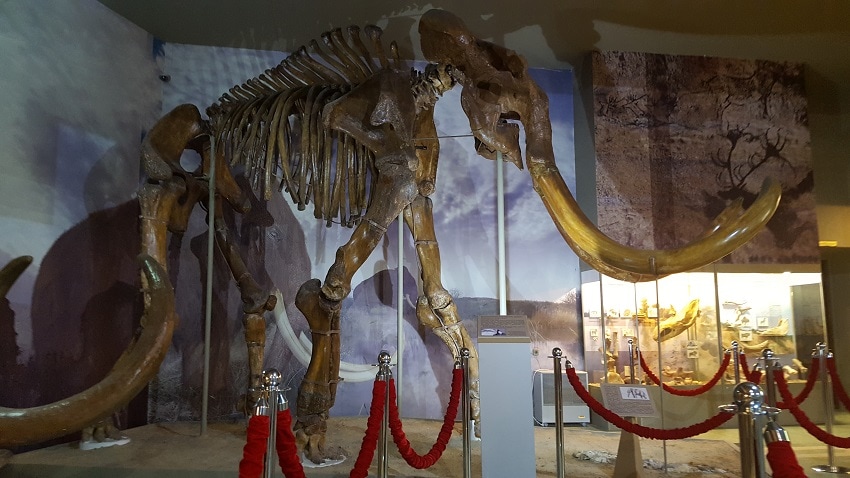 The Steppe Mammoth was the largest of the known mammoth species and weighed between 9 to 14.3 metric tons (19,841.6 to 31,526 pounds). The Steppe Mammoth is the predecessor to the more famous woolly mammoth and lived in the cold parts of ancient Eurasia. Not only was the Steppe Mammoth very heavy, it was also tall and had a height between 4 to 4.5 meters (13.1 to 14.8 feet).

In 2015, scientists discovered an almost complete Steppe Mammoth skeleton in Russia. The Steppe Mammoth is estimated to be over 100,000 years old and was a male that died at approximately 45 years of age. 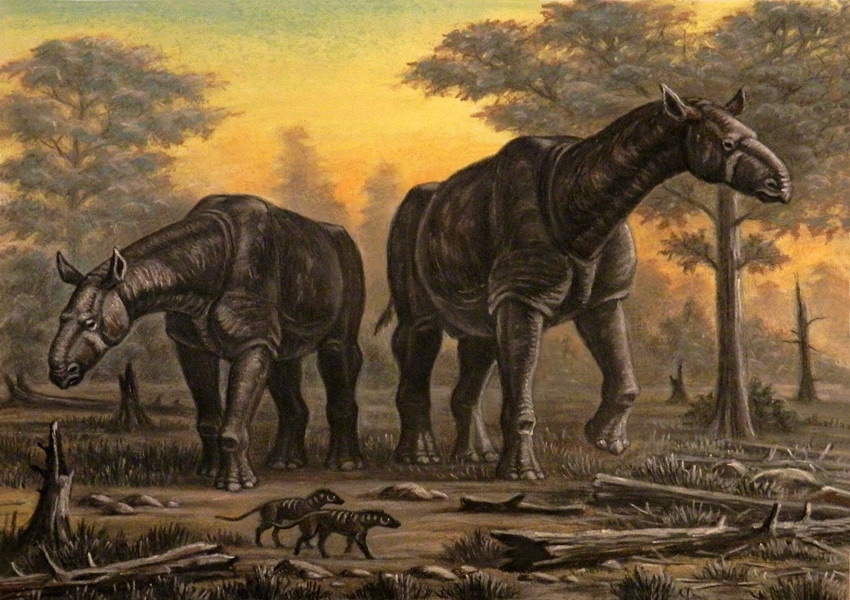 Indricotherium or Paraceratherium is an extinct species of hornless rhinoceros that is believed to be the largest land mammal that ever lived. Living in the plains of Eurasia between 20 to 35 million years ago, the Indricotherium is estimated to have weighed between 15 to 20 metric tons (33,000 to 44,000 lbs).

In addition to being quite heavy, Indricotherium was also tall and was about 40 feet (12.2 meters) long. Unlike modern rhinos, Indricotherium had a relatively long neck and thin legs.