Religion and spirituality have inspired people around the world to construct elaborate, impressive structures for thousands of years. While a wide variety of holy sites can be found across the world, with each of them possessing their own merits, mosques often make an especially powerful statement. The reverence and care put into their construction, upkeep, and use make it clear that they’re a highly important part of the Islamic faith.

The following mosques have been expanded to truly impressive sizes, accommodating countless pilgrims and standing strong as symbols of devotion. Today we’ll take a look at the 7 largest mosques in the world and learn what makes each one special.

Formerly known as Gaddafi National Mosque, this beautiful structure is the biggest mosque in Uganda and the seat of the Uganda Muslim Supreme Council. Colonel Muammar Gaddafi was said to have originally commissioned the construction of the mosque as a gift to the Muslim population and all of Uganda. The mosque was renamed “Uganda National Mosque” after Colonel Gaddafi’s passing. This impressive mosque is still a treasured site for Muslims, who can enter freely any time they wish for prayer. Non-Muslims can enter under the supervision of guides who will escort them to appropriate areas.

One of the signature features of the Uganda National Mosque is its astoundingly tall minaret tower. Visitors must climb 304 steps to the top, but the breathtaking view is well worth it.

Built partially on the sea, the Hassan II Mosque serves not only as a religious temple but as a cultural site for visitors. This mosque includes a Koranic school, baths, a library, and a museum. Also present is the tallest minaret in the world, which serves as a local landmark. Nearly all the materials used to build the Hassan II Mosque were from Morocco, with only select exceptions of white granite columns and glass chandeliers imported from Murano, Italy.

The Hassan II Mosque was intentionally built upon reclaimed land right on the Atlantic Ocean as a way of paying homage to a verse of the Qur’an which states that “the throne of Allah was built on water.” 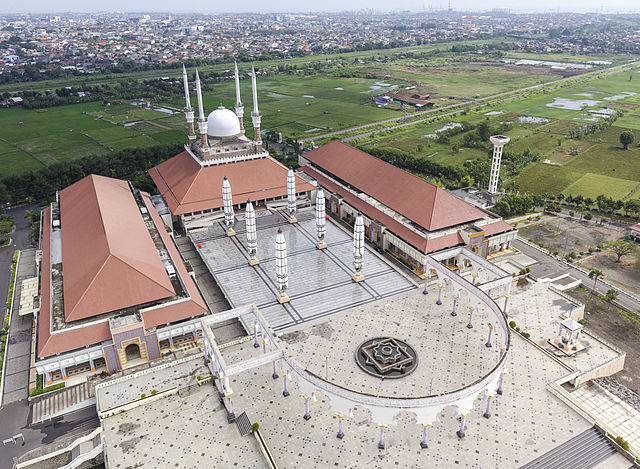 The distinct architecture of this holy site makes it unique, with three different buildings arranged in a U-shape with the domed mosque resting at its middle. The courtyard of this magnificent building features six hydraulic umbrellas which symbolize the six tenets of Iman. The right wing of the mosque is a Convention Hall with the capacity to host an impressive 2,000 pilgrims. In the left wing is a library and office facilities. The Great Mosque of Central Java also provides accommodations for pilgrims to stay overnight if they desire.

The central roof structure of the mosque hearkens to the architecture of traditional Javanese houses. This structure is meant to symbolize stairs ascending into heaven for those who would seek God’s blessing. 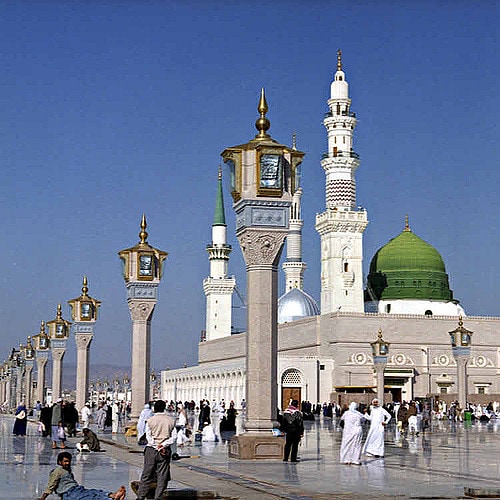 Formally known as “Al-Masjid an-Nabawi”, The Prophet’s Mosque is named for the fact that it was established by the Islamic prophet Muhammad. Muhammad originally lived very close to this mosque in Medina, and migrated to Mecca in the year 622. He eventually was returned and laid to rest in his tomb within The Prophet’s Mosque, increasing its religious importance even further. His tomb is showcased by the visually distinct Green Dome. This mosque also stands apart as being the third mosque to be built in the history of Islam. It was originally built as an open-air building, prepared to accommodate many religious students.

The Prophet’s Mosque is reportedly the first place in the Arabian peninsula to have used electricity when it was introduced by the Ottomans. 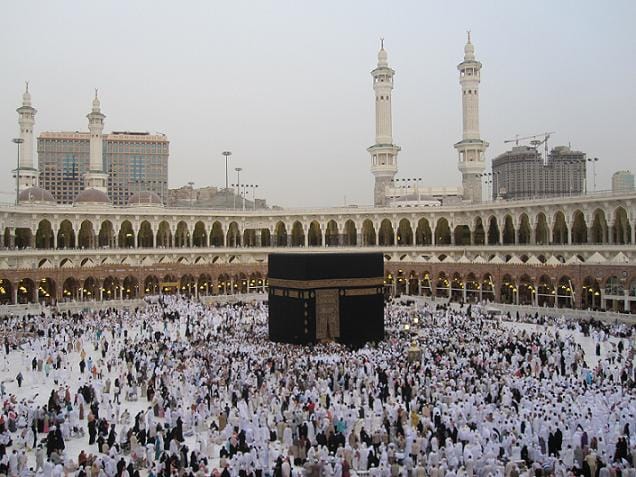 The glorious Al-Haram Mosque serves as one of the most important spiritual sites in Saudi Arabia, and is one of the destinations in the Hajj and ʿUmrah pilgrimages. Millions of Muslim worshipers travel to this mosque each year, many of them gathering in the courtyard to conduct pilgrims’ rituals. Other famous features of the mosque include the Black Stone, which serves as a cornerstone in the Ka’bah that rests in the center of the courtyard, and the Station of Abraham: a rock that is believed to showcase Abraham’s footprint.

This site is so intensely sacred to those of Islamic faith that non-Muslims are not permitted to enter Mecca or the mosque. 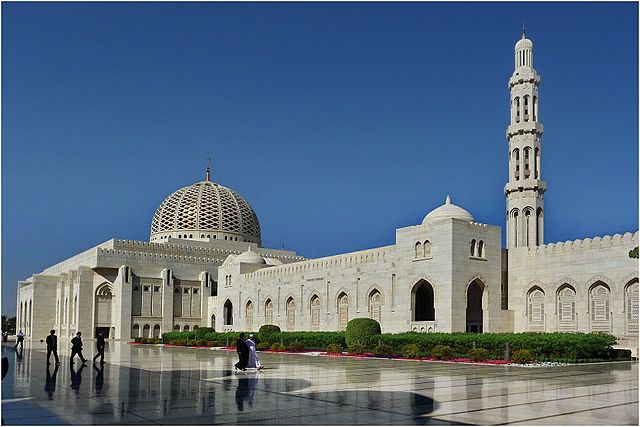 Sultan Qaboos Grand Mosque is located in Muscat, the largest city and capital of Oman. This stunning building displays a shining, exquisite chandelier hanging in the center of the men’s prayer hall featuring 600,000 beautiful Swarovski crystals and 24 carat gold plating. This centerpiece is recognized as one of the largest crystal chandeliers in the world. An atmosphere of reverence and respect is carefully maintained within the mosque, with regulations limiting the age of children allowed in and dictating the dress code of all who enter.

The impressive Sultan Qaboos Grand Mosque took six years to construct, beginning in 2001, and few luxuries were spared. Along with the renowned chandelier that adorns the men’s prayer hall, this mosque is also home to one of the world’s largest handmade Persian rugs. 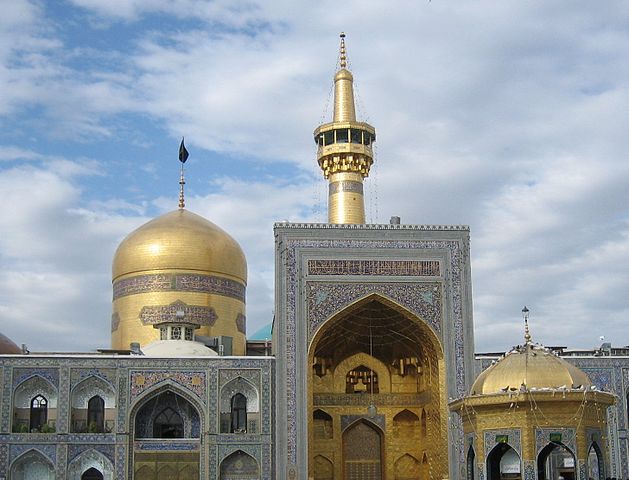 The Imam Reza Shrine is the largest mosque in the world by area. A religious hub at the spiritual center of Iran, this beautiful Shrine Complex was built around the tomb of Imam Reza, the eighth Imam of Twelver Shiites. As a result of the Islamic Revolution, this important historic and cultural site has been expanded with additional courts, a library, and an Islamic university.

In the year 818, Imam Ali al-Ridha was murdered by the Abbasid caliph al-Ma’mun. He was laid to rest beside the grave of al-Ma’mun’s father, and earned the site the name “Mashhad al-Ridha,” which means “the place of martyrdom”. Mashhad al-Ridha became a pilgrimage site for Sunnis and Shias.

Mashhad is the second-largest city in Iran today, and is considered to be its spiritual capital.