The American Alligator is a common sight all throughout the southern United States. It lurks stealthily around lakes and rivers, blending into its surroundings to better hunt birds, fish, and small mammals. While alligators of any size can deliver a nasty bite, it’s the largest specimens that get the most attention and incite the most fear.

So, just how large can these intimidating reptiles get? Today we’ll be looking at some of the largest alligators in the world according to their lengths, and learning a few unique facts about each one. 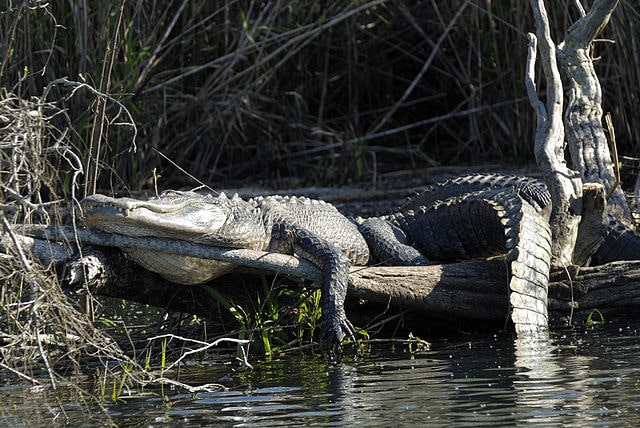 After already having made a name for himself by catching a previous alligator that measured 12 feet, 9 inches in length, Tom Grant and his hunting buddies fought with this giant gator quite a bit before finally wrestling him to shore. This hefty catch had a belly girth that measured 65 inches and took the hunters an hour and a half to land. Surprisingly, alligators of this size aren’t unheard of in the Mississippi delta area, since the habitat is perfect for them.

Fellow gator hunter Kenny Winter, who helped lash the gator to the trailer afterward, said that the catch was so heavy that he broke his winch! 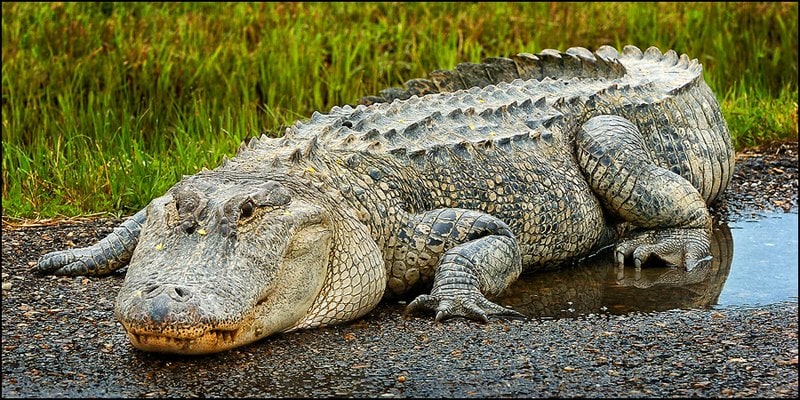 Mike Cottingham brought this giant in on a private hunting club and immediately recognized it as an unusually large native specimen. This alligator’s head alone weighed nearly 300 pounds, and a local herpetologist estimated the specimen to be around 36 years old after examining the body. Cottingham was quite proud of his catch, and said that he planned to mount its head and make himself a pair of boots with the rest of the hide.

Cottingham’s massive alligator was so heavy that it required five people to lift it into his boat! 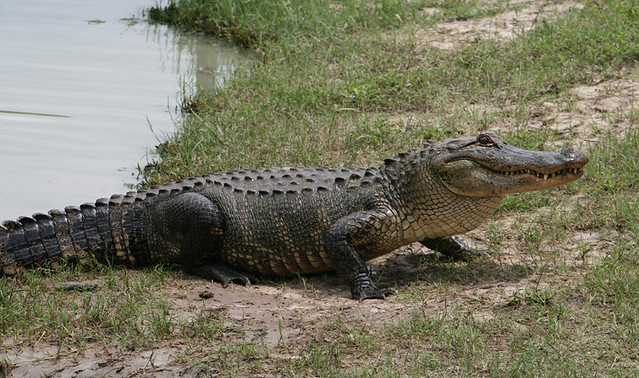 After having lost his fear of humans and raising concerns that he’d pose a serious threat to people in the Trinity River National Wildlife Refuge, Big Tex was lassoed Texas-style and relocated. Officials at the wildlife refuge measured the behemoth reptile and promptly concluded that he was the biggest alligator ever caught alive in all of Texas history. After being removed from the wildlife sanctuary, Big Tex found his home in a safely contained exhibit area at Gator Country, an alligator rescue facility and adventure park.

Big Tex is displayed alongside another massive gator named Big Al, who weighs 1,000 pounds and measured 13 feet 4 inches in length. 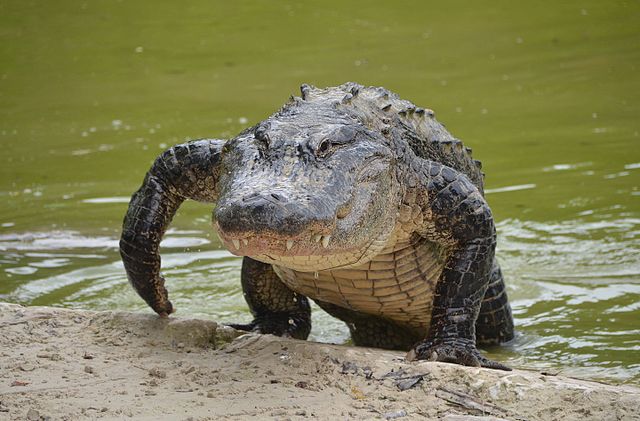 Alligator hunter Robert “Tres” Ammerman got lucky on the last day of the 2017 season when he landed this awe-inspiring gator. Ammerman said that he could tell he’d found a big one as soon as he saw the size of the gator’s head. The catch was too big to get into the boat, so he had to land it in the literal sense by towing it to shore–after the angry gator towed the boat around for 45 minutes first!

This impressive alligator has some close competition from another alligator, affectionately known as “Big Humpback,” who appears to be even larger. However, no one’s been able to get close enough to Big Humpback to get an accurate measurement. 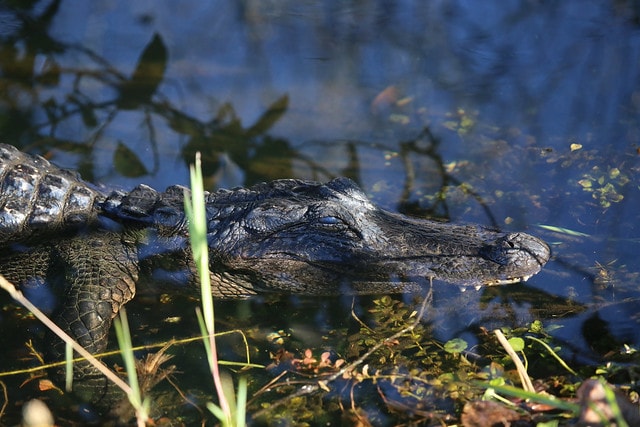 This huge alligator was caught in a cattle pond in Okeechobee after a number of cattle went missing and their remains turned up in the water. This terrifying specimen was so huge that it took a farm tractor to pull it out of the water after Lee Lightsey shot it. Blake Godwin was in awe after they measured the formidable gator, saying “It is hard to believe that something this big exists in the wild.”

The victorious alligator hunters donated this huge specimen’s meat to charity and had the rest of the trophy catch taxidermied. 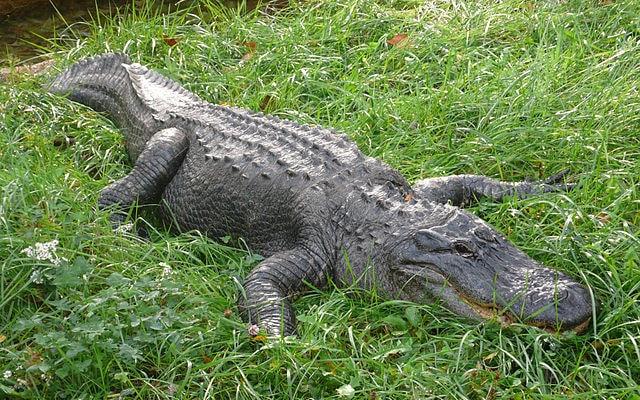 The Stokes Alligator is the largest officially verified alligator in the world by length. Mandy Stokes had been hunting deer and boars for a number of years already, but had a massive stroke of luck when she killed this record-breaker on her first-ever alligator hunt. She wore her pearls and perfume for the hunt, but had no problem sticking it out during the hour-and-a-half battle that it took to land her prize half-ton gator.

The Stokes alligator was so huge that it completely busted the winch that was usually used to weigh local gators!