Dogs have stood by our sides for countless centuries, thoroughly earning the title of “Man’s best friend”. These wonderful creatures come in all shapes, sizes, and temperaments, and there’s a dog breed out there for just about everyone. Plenty of large dog owners will tell you that big dogs boast their own unique set of merits that cannot be rivalled, and they’re not just talking about size!

Today we’ll be taking a look at 10 of the largest dog breeds in the world and learning a little bit about what sets each breed apart from the rest. Some of these canines can’t get enough sport and others would prefer to spend their time taking up the entire length of your couch. Either way, these 10 largest dog breeds are sure to leave a lasting impression. 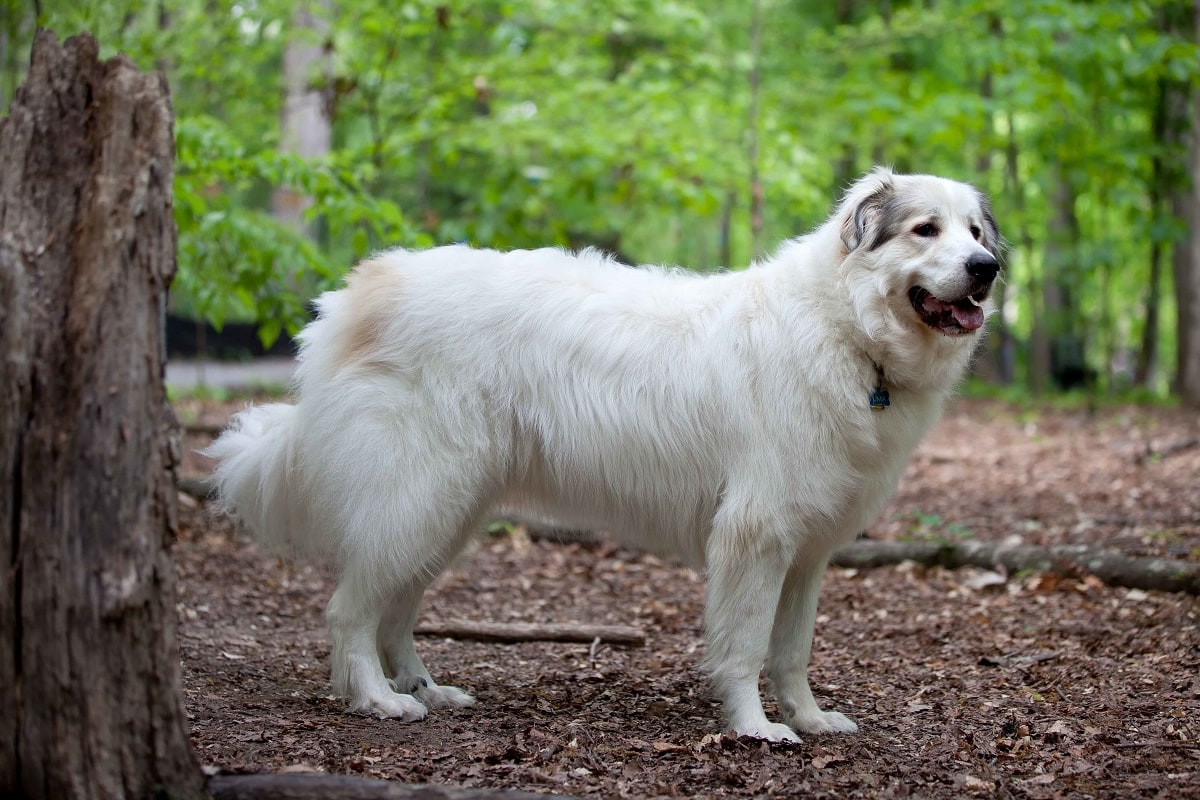 This majestic canine was first bred as a guard dog for the purpose of herding and protecting livestock and defending farms from wild animals. However, the calm, relaxed disposition and friendliness of the Great Pyrenees make it a perfect family dog. This breed’s gentleness and innate desire to nurture vulnerable creatures makes it a great companion dog for children.

This dog is known to eat less for its size than other large dogs. Like many other large breeds, the Pyrenees should be encouraged to relax around mealtimes in order to avoid indigestion and uncomfortable bloating.

The Great Pyrenees is a naturally nocturnal breed. Since many predatory animals are nocturnal, this adaptation better enables the breed to guard farms and homes against potential threats in the night. 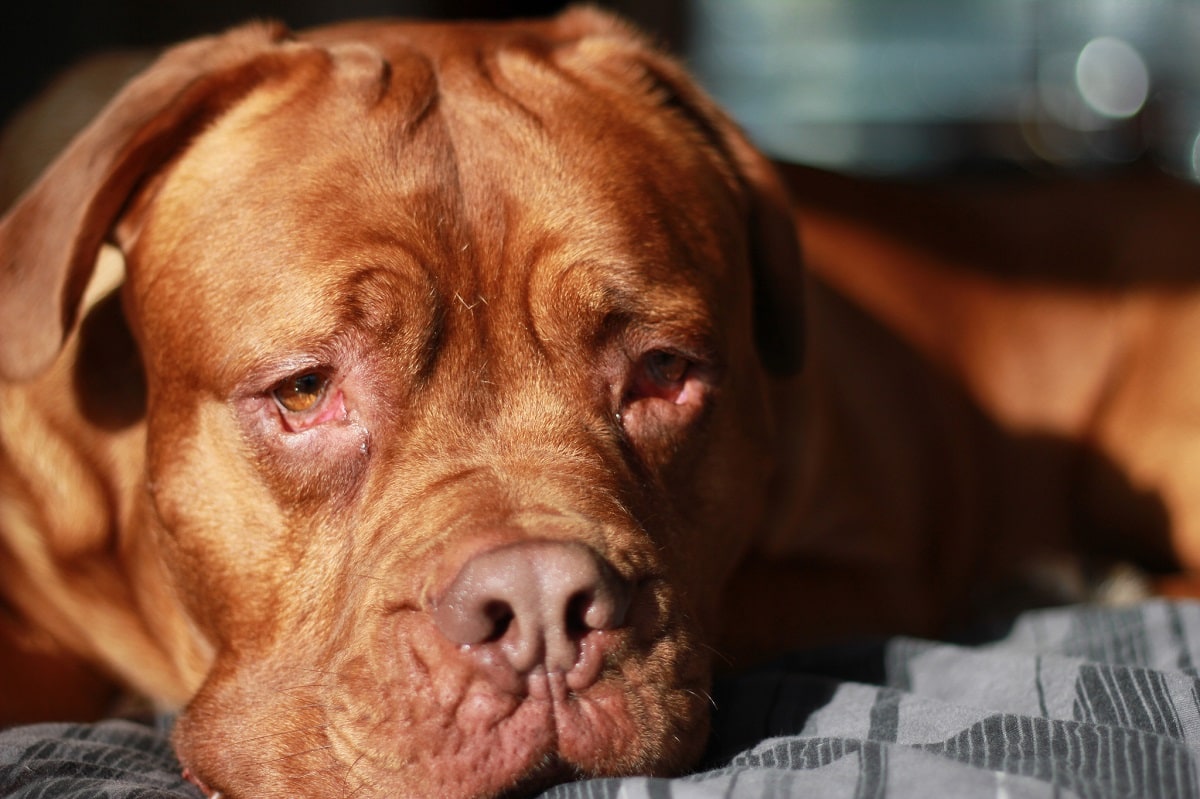 The rippling muscles, stocky build, and wrinkled face of this large dog certainly make for an imposing figure. However, any owner of a French Mastiff will attest to its sweet, sensitive nature. This friendly disposition should be reinforced from an early age with ample socialization and training, since French Mastiffs possess a stubborn streak that can make them a challenge to handle once they grow. A compassionate, firm, and authoritative touch will ensure that this dog reaches its full potential as a companion and guardian.

A French Mastiff played a star role in the 1989 movie “Turner and Hooch” along with actor Tom Hanks. This movie caused an increase in the breed’s popularity, driving people to learn more about them. 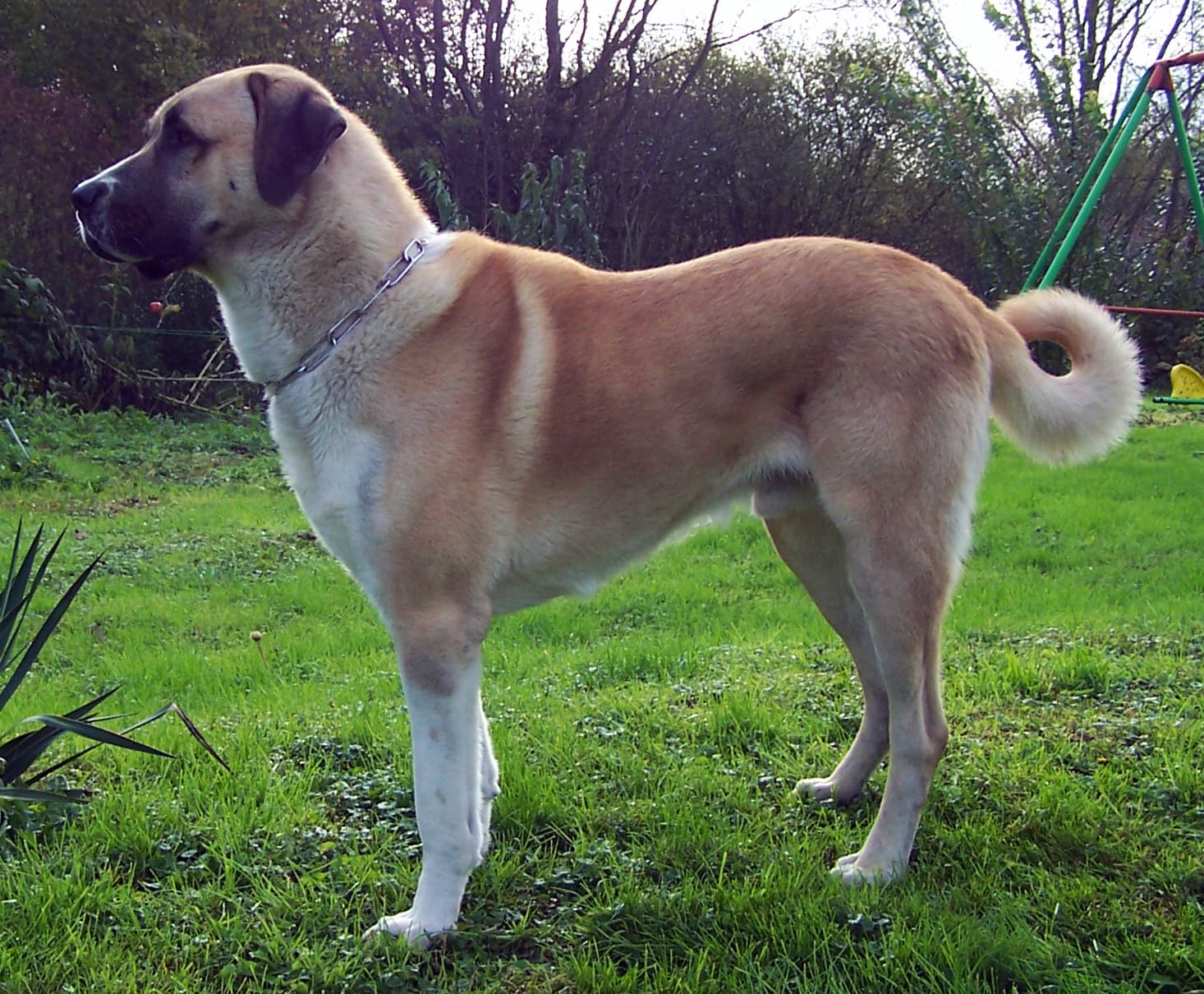 This native Turkish guard dog is very goal-driven, and needs to be socialized and trained diligently from puppyhood as soon as it’s brought home. Its deeply rooted protective instincts can resulted in aggression towards other dogs and strangers if not tempered with the security of a well established command system and attentive owner. Training and social activities like group puppy training classes beginning as young as possible are highly encouraged. Structured activities give this loving, protective breed a solid start in its lifelong job of family defense.

Anatolian Shepherds are extremely active, and can become stir-crazy and destructive when bored. That means that this breed of dog makes an excellent playmate, and thrives when engaged in various activities. 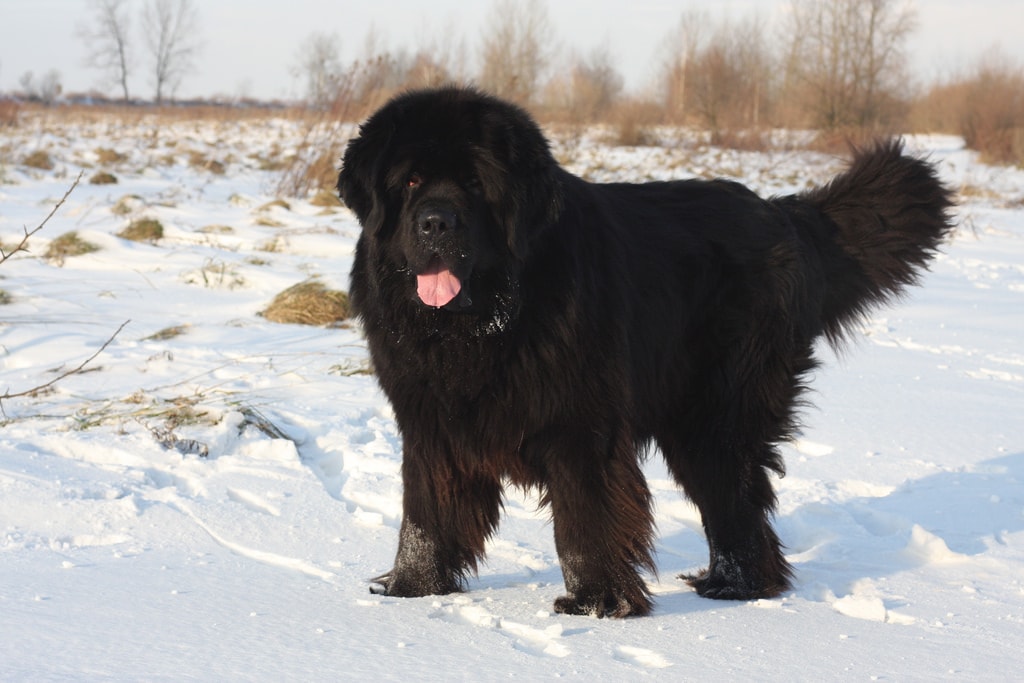 This Newfoundland’s sweet personality is the truest hallmark of the breed, and is considered to be the most important characteristic when judging whether a dog is up to breed standard. This beautiful dog was originally bred as a worker, and would use its impressive bulk and strength to assist with tasks such as hauling wood and fishermen’s nets. This well-bred drive to work and stay active remains prominent in the breed to this day, and is evident in the dog’s love of the water and enthusiasm during playtime.

The highly prioritized gentle temperament of the Newfoundland makes it excellent with children. Come wintertime, both the children and the dog will be in for a treat! The Newfoundland’s powerful desire to haul combines with its child-friendliness and affinity for snow to make dog sled rides a joy for everyone involved. 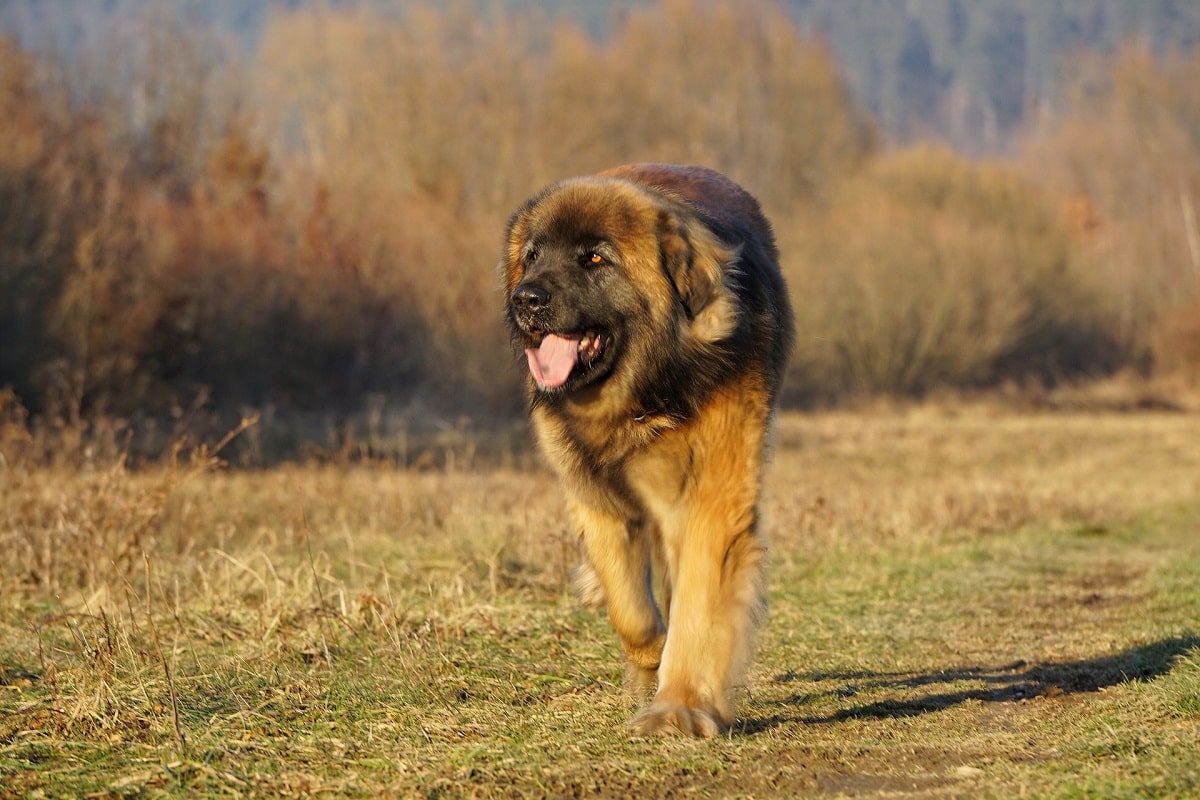 This German behemoth is a beautiful blend of Pyrenees, Newfoundland, and Saint Bernard bloodlines. Legend claims that this dog was originally bred for its lion-like mane in the town of Leonberg in order to mimic the look of the lion featured on the town’s official crest.

This dog possesses superior intelligence and a surprising level of grace and agility for its size. As a result, Leonbergers make great competitors in obedience and agility competitions.

This already hefty dog is sometimes prone to becoming overweight. As a result, owners are advised to give treats in moderation and make the most of them as training tools in combination with plenty of exercise. 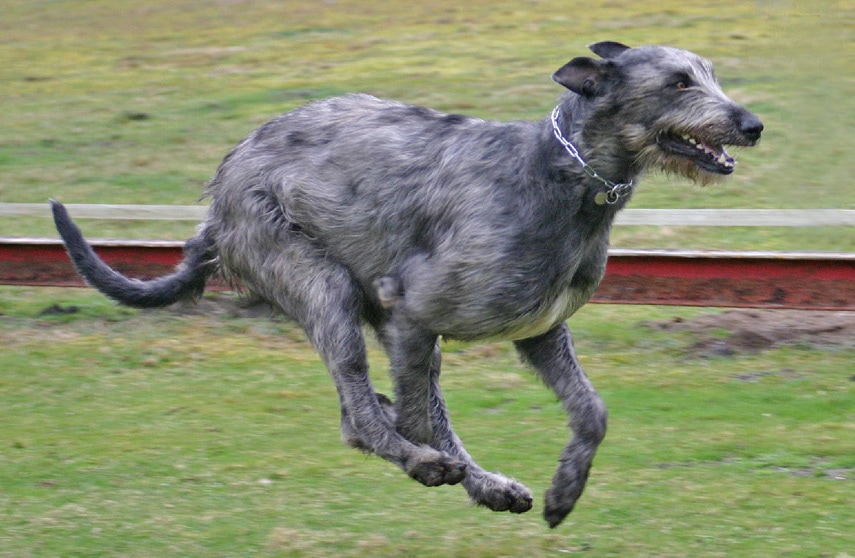 Built similarly to Greyhounds, Irish Wolfhounds can cover ground at jaw-dropping speeds when they start to gallop. This impressive speed came in handy during the wolf and elk hunts that this dog was originally bred for. The efficient Irish wolfhounds actually wound up being too good at their jobs, and hunted several species of game animal to or near extinction. The resulting drop in demand for hunting dogs reduced the number of Irish Wolfhound litters to the point of nearly going extinct themselves. Fortunately, they were revived and appreciated as pets.

The Irish Wolfhound is the tallest of all dogs, and the largest of the sighthounds and galloping hounds. 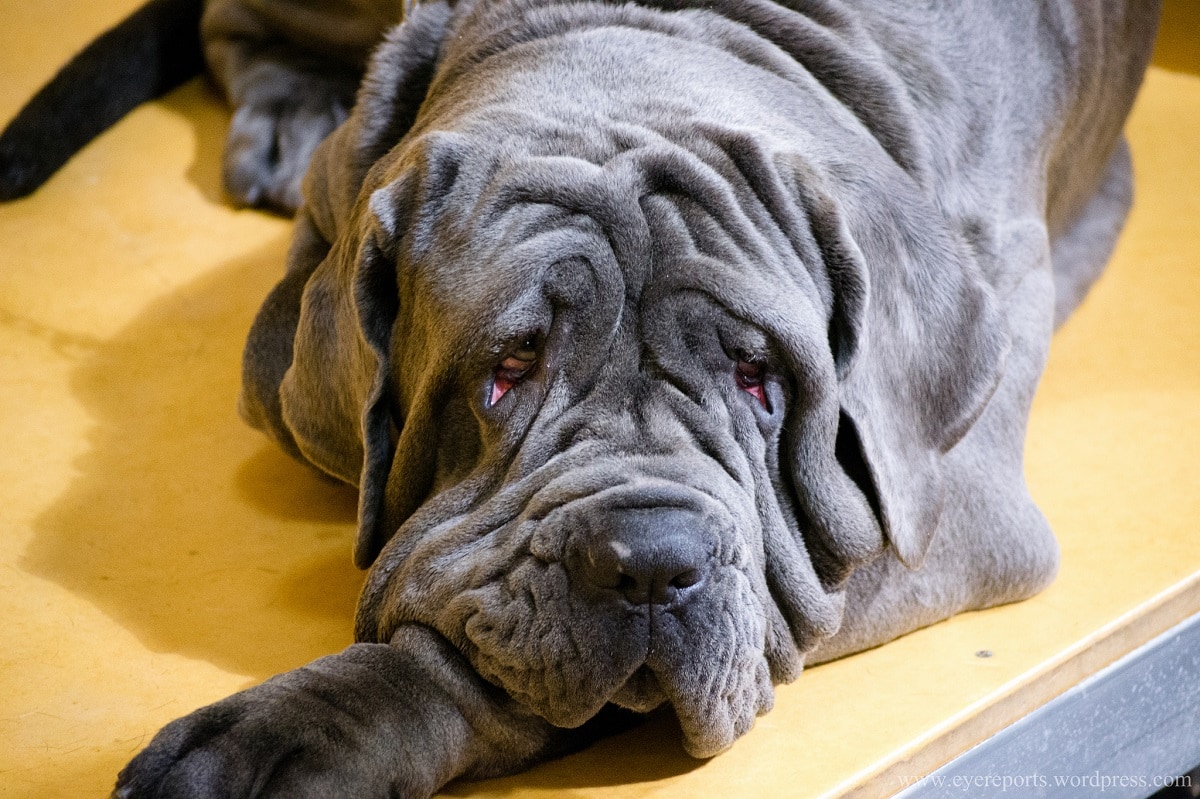 This large, noble-looking dog is best suited for a family who will be available to spend time providing lots of engagement and attention. Neapolitan Mastiffs can experience separation anxiety when kept apart from their families, and exhibit an exceptionally protective nature.

This dog is rarely aggressive without cause, although it can be overly suspicious and unfriendly towards strange people and dogs if not appropriately socialized during puppyhood.

Intruders are never excused by Neapolitans, and often the mere appearance of such an imposing canine is more than enough to deter would-be assailants. However, should conflict and the need to defend its family arise, the Neapolitan Mastiff won’t hesitate to jump to the front lines.

This massive dog also boasts an impressive level of intelligence, and is an unusually fast learner. 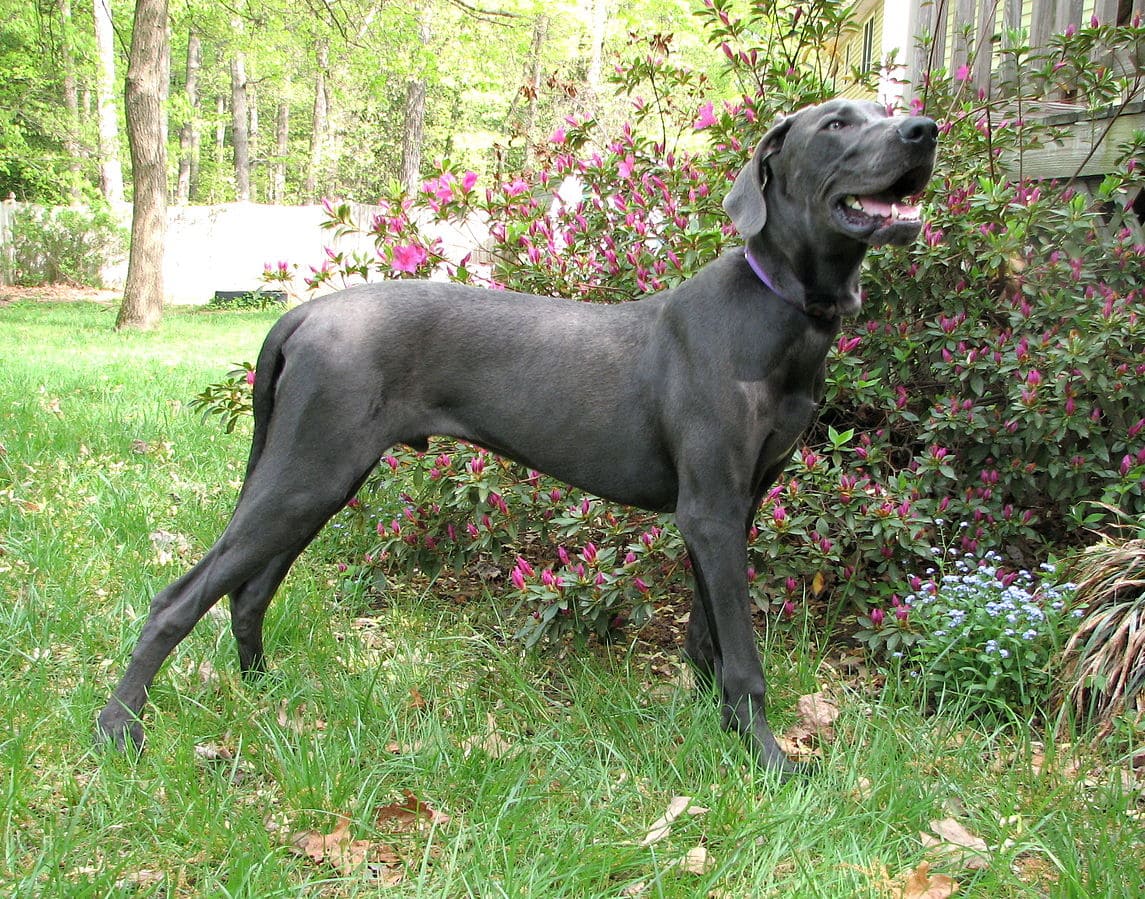 With iconic characters like Scooby Doo and Marmaduke well established in popular culture, most people have heard of the majestic Great Dane. Originally bred as a guard dog and boar hunter, Great Danes remain strong and protective. As with many other guardian breeds, these dogs must be properly socialized in order to keep them from being overly suspicious of strangers.

Despite its protective nature, the Great Dane often prefers the life of a couch potato. Its friendly nature makes it a wonderful, laid-back indoor companion.

While all show rings used to require that a Great Dane’s ears be cropped in order to make them stand erect, this practice is being phased out. Many people have come to the understanding that it provides no benefit to the dog, and are opting for natural ears rather than a painful and unnecessary cosmetic procedure. Natural ears have been allowed into dog show rings as well. 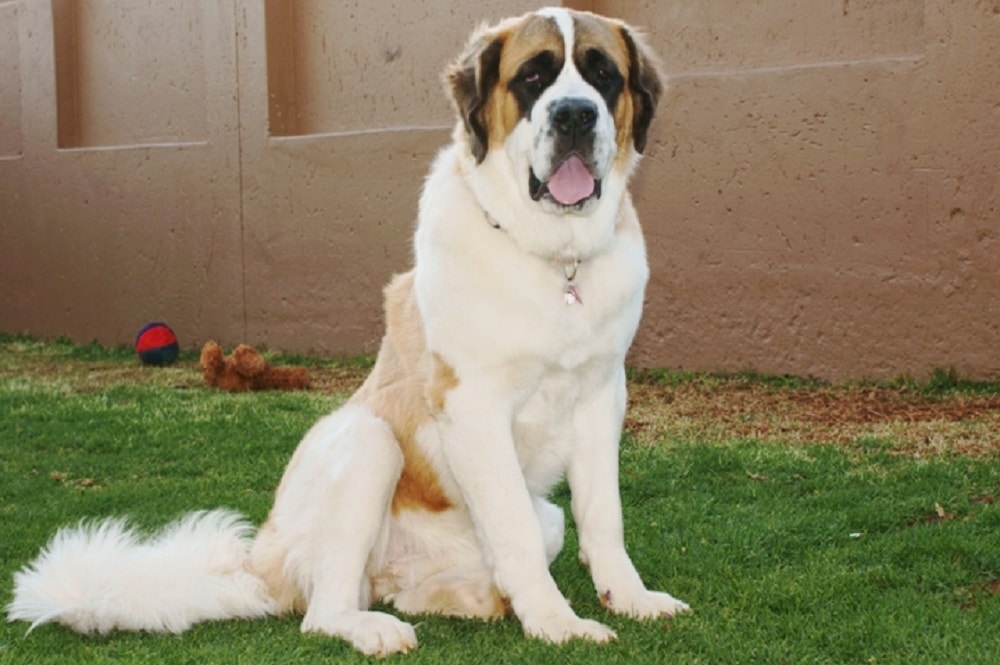 The gorgeous Saint Bernard dog was used by the monks of St. Bernard Hospice to locate lost travelers and escort them to safety. This dog has been said to be able to smell and track lost people buried underneath as much as 20 feet of snow, making them prime candidates for avalanche rescue missions. Their impressive strength also renders them easily able to deliver packages of food and water to those in need of rescue, helping them regain the strength for their journey back to safety.

The idea that Saint Bernards carried kegs of brandy around their necks to lost travelers in the Alps is now recognized as a myth. It originally began when a fan of the breed drew one of the dogs with a keg around its neck, and firmly caught on afterwards. Some people, however, still argue that there were indeed instances of Saint Bernards delivering small kegs to the people they rescued. 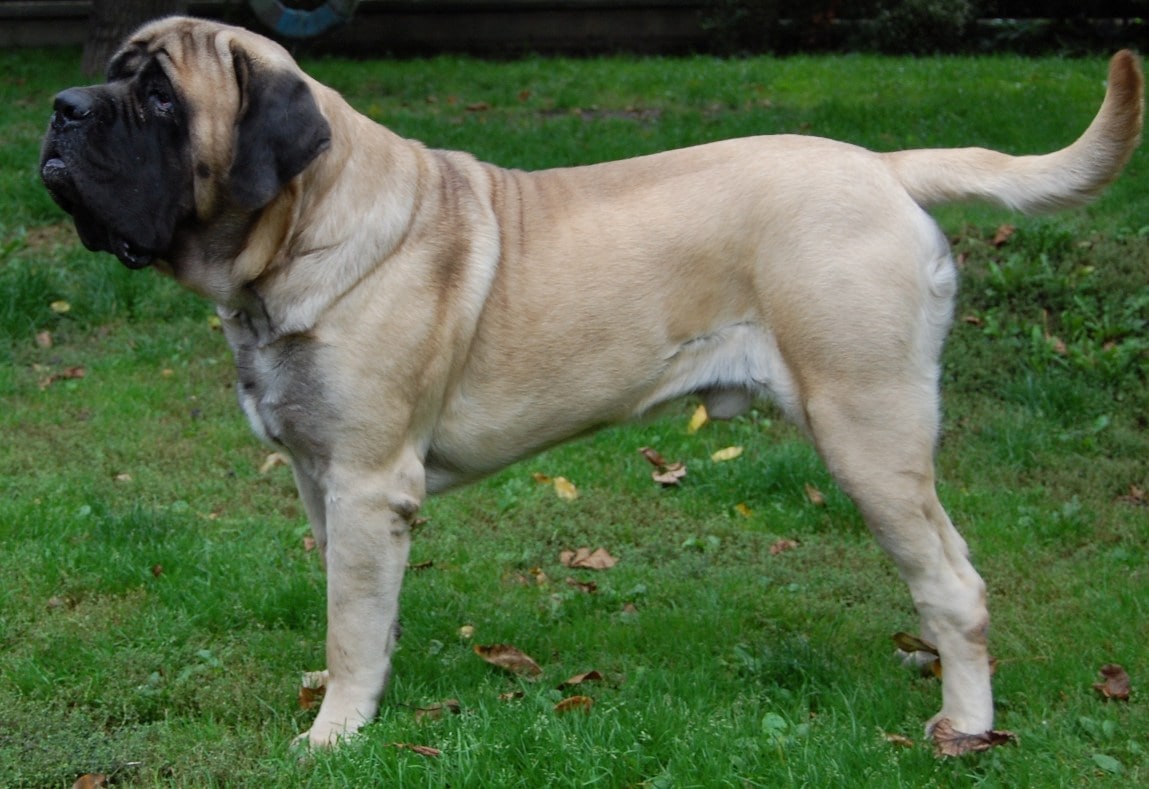 When going by mass, the English Mastiff is the largest dog breed in the world. This breed is recognized as one of the most ancient dog breeds, and has carried out important roles in war and defense throughout the years. These days, however, this friendly giant is commonly welcomed into the family as a gentle pet and a defender of the home. The English Mastiff is generally a calm and quiet dog, with deeply wrinkled sink that accentuates its expressive facial features.

One of the largest dogs ever recorded was an English Mastiff named Zorba, who weighed in at an astounding 343 pounds! Zorba was over eight feet long from his nose to the tip of his tail. He made the Guinness Book of World Records as the heaviest and longest dog in the world.