Eagles are an impressive sight for anyone who has seen one whether flying above or up close in captivity. They are among the most fearsome predators in the wild, especially for small animals or other birds. They are also highly sought after among hunters. That fact, combined with their existence in a changing ecological system makes many eagle species in danger of going extinct. One of the largest eagles on record, the Haast, has already disappeared.
Some of the biggest have longer wingspans than others. Some with shorter wingspans have larger bodies. The biggest in the world will be at the top end of the scale in a combination of those categories. 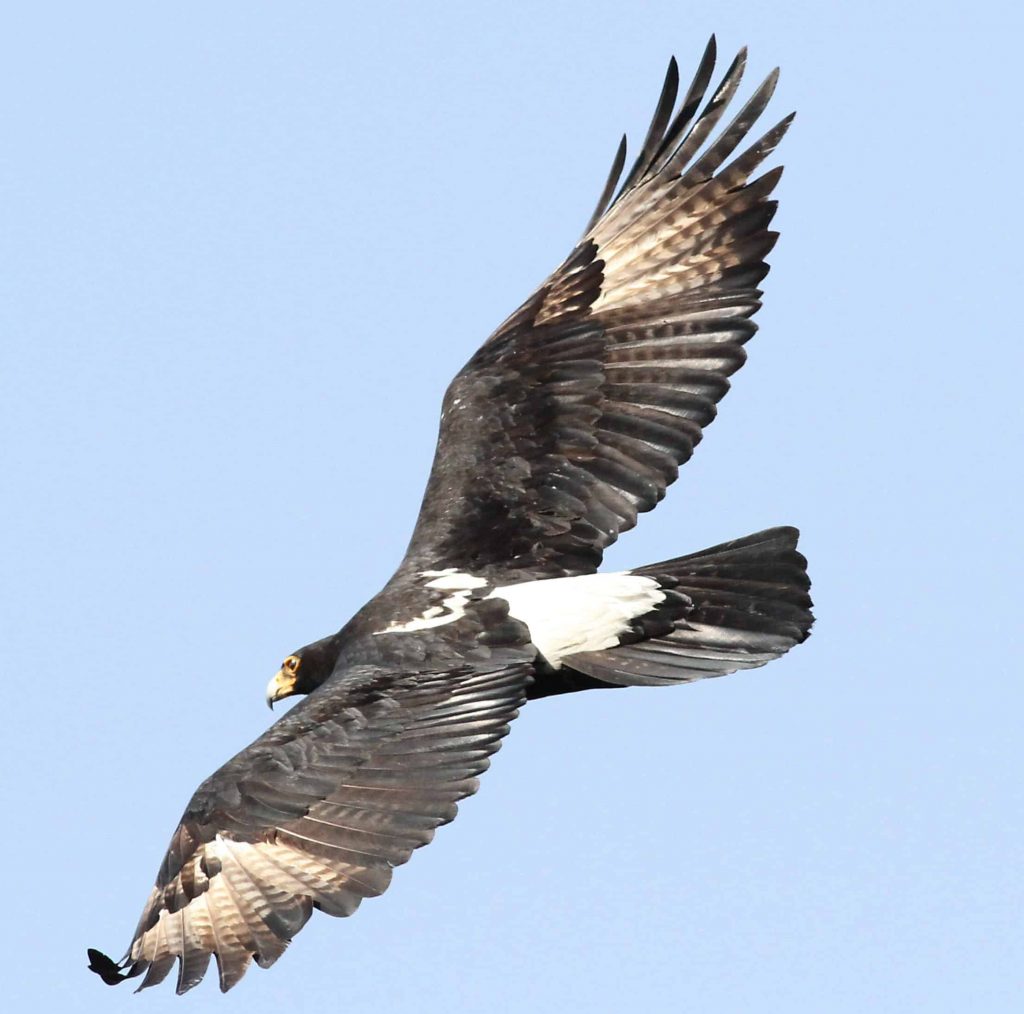 This eagle is most often observed among the rocky, mountainous regions in East and northeast Africa. It has one of the most specialized diet of any bird predator, favoring two types of hyrax over any other animal. However, in times of depletion, it will try out a variety of smaller mammals, even monkeys. The hyrax it catches usually weigh around five pounds, but the eagle is capable of lifting more weight. One observer saw the eagle fly off with a lamb weighing as much as 33 pounds.

This eagle practices siblicide, where the larger baby eagle in the nest either kills its sibling or the younger dies by starvation. 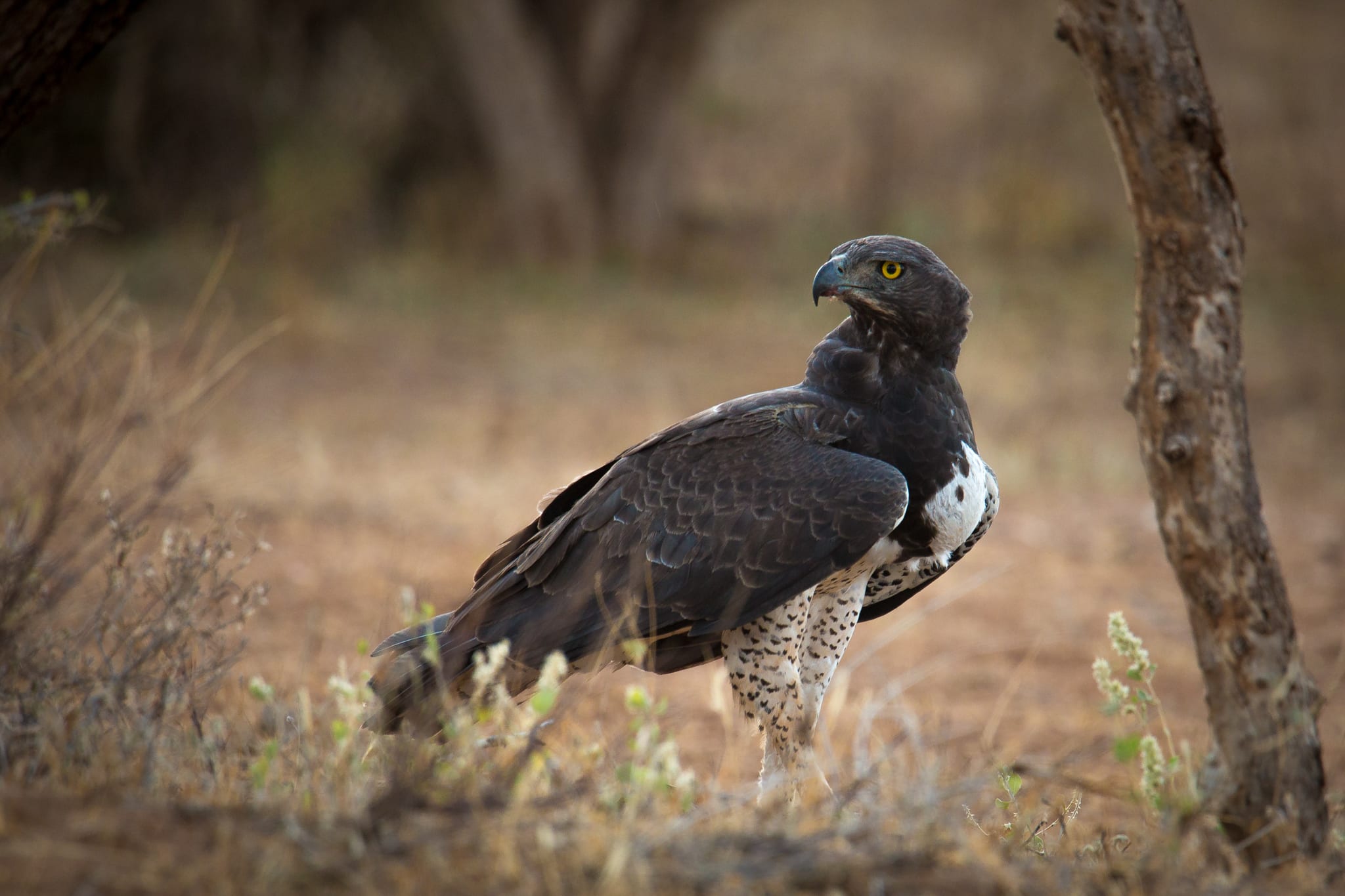 The Martial eagle is aptly named. The name means “war-like,” and this eagle is one of the fiercest predators among all birds. It has a diverse diet, feeding on mammals, reptiles and other birds. It favors livestock and valuable game animals, and so it has been hunted vigorously. It is currently rated “vulnerable” on the conservation status guideline.

This eagle favors to stay in the air generally, especially when hunting. It swoops down on its pray and attacks them as it lands. It lives in the plains of the sub-Saharan region and is found throughout several countries.

The Martial eagle has very keen eyesight. It’s eyes are nearly as large as human eyes, yet it has better depth perception than people. 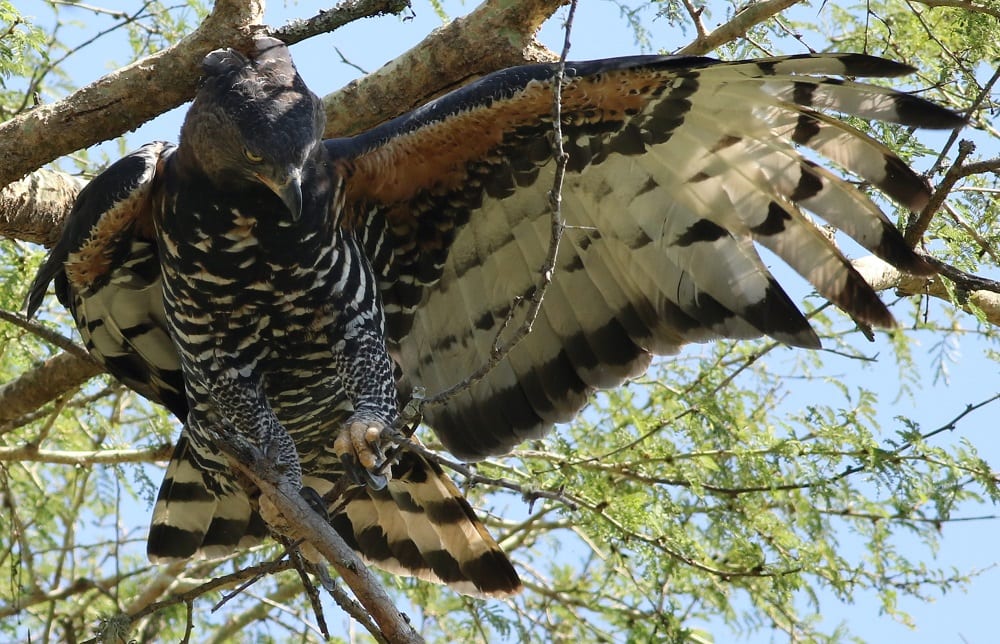 This large eagle of the sub-Saharan forests is known for the striking brown/white/orange patterns on its feathers and the tall, cap-like crest on its head. It is one of the strongest eagles, able to lift its own body weight, possibly more based on anecdotal evidence. There are recorded instances of these eagles attacking humans and using small children as prey. The species is listed as “threatened” on the conservation scale, mostly due to deforestation in their habitats.

The Crowned eagle is a “strike-and-wait” hunter like the Great White Shark. While the eagle is strong enough to kill prey with one blow, it will injure larger prey and wait until the damage is too great for them to fight or flee. 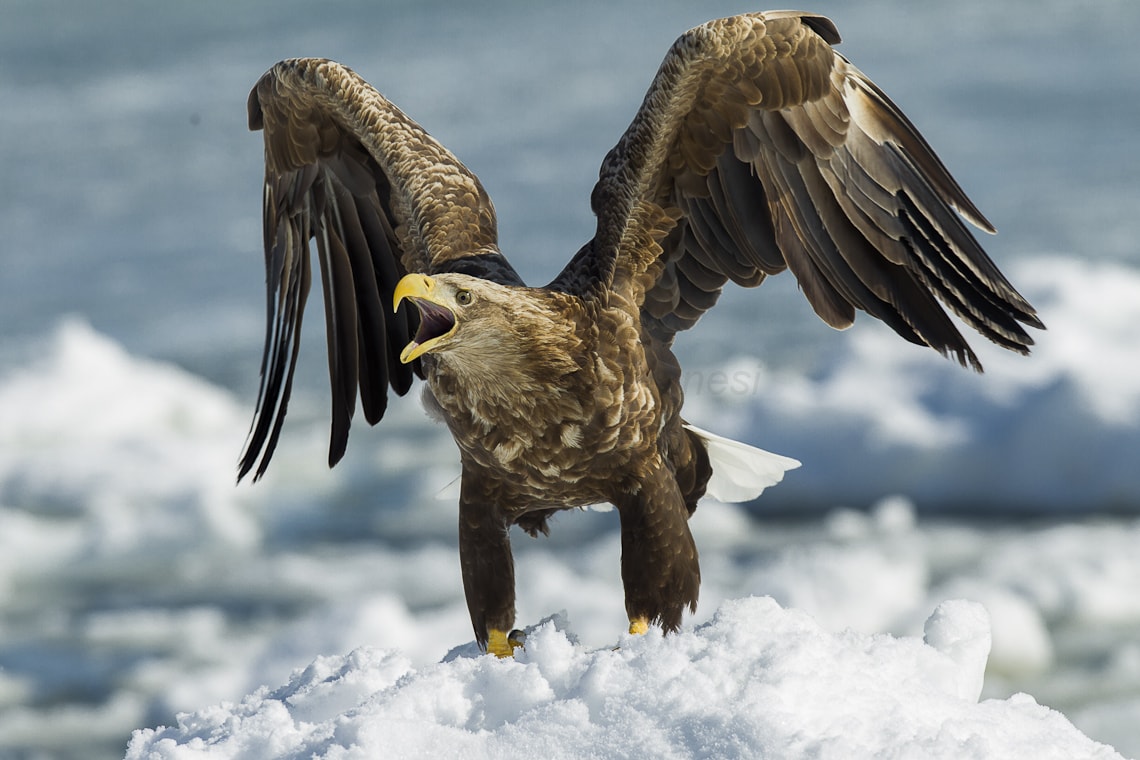 White-tailed eagles are found in numbers across Europe, Russia and the mountainous regions of northern Japan. They prefer to establish territories in low-lying areas and forests or near the sea. Their primary diet consists of fish and other birds, but they are generally opportunistic eaters. The White-tailed eagles of Scotland feed on small mammals such as rabbits.

In the past, this eagle was on the endangered species list. Game hunters believed they interfered with their hunt and livestock managers believed erroneously that the eagles hunted their livestock. The use of pesticides in Europe also contributed to destroying the breed. However, conservation efforts have been successful and the breed is now common. 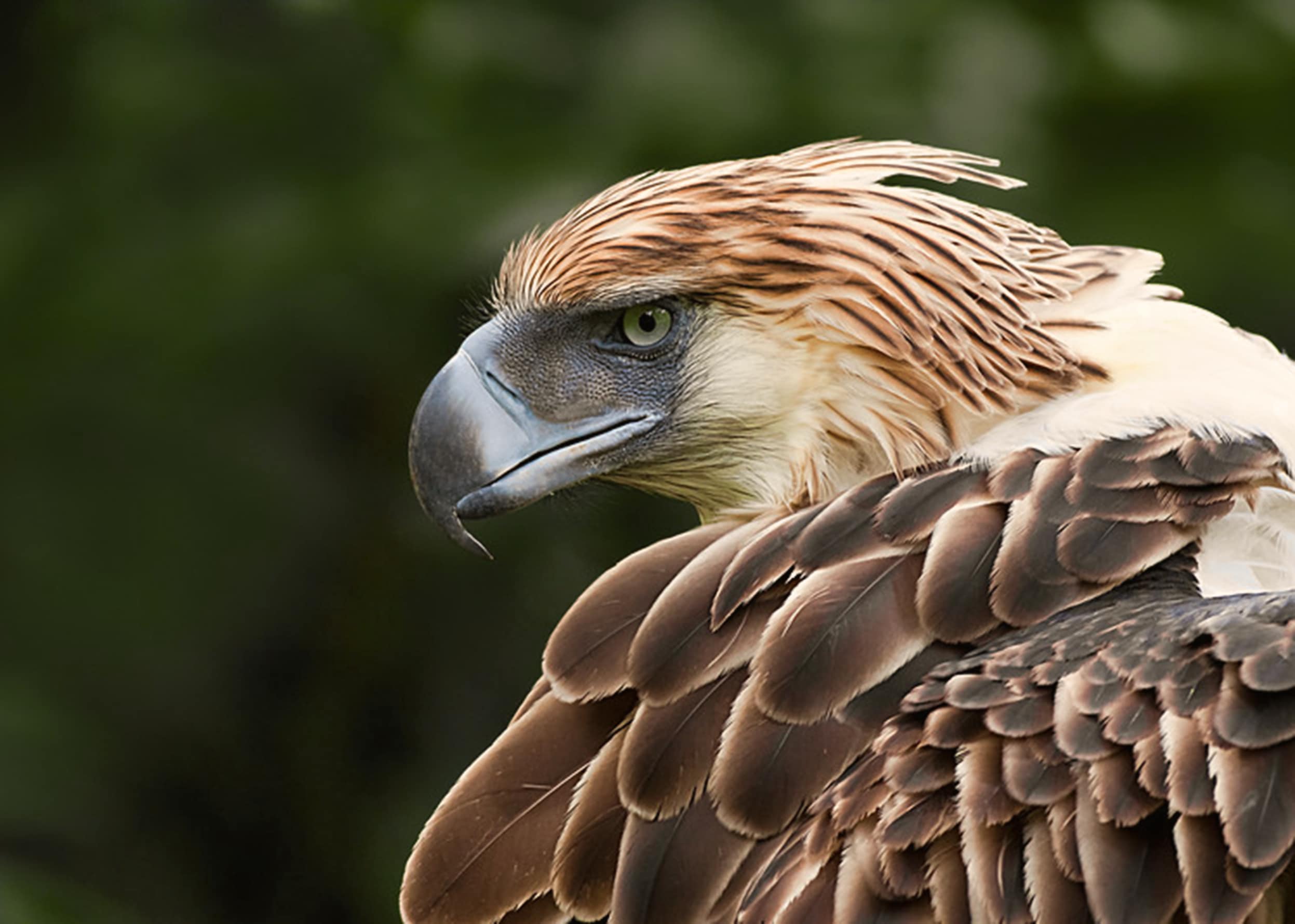 The Philippine eagle has a distinctive, porcupine-like set of spikes atop its head that distinguishes the bird from other eagles. The unique appearance may be one of the reasons that the country where it is found has named the eagle the national bird. Another reason may be that it’s the most fearsome aerial predator in the Philippine islands. It is known to prey on small mammals, other birds and reptiles.

The Philippine eagle is on the endangered species list. The danger comes from man and the deforestation of the Philippine islands. Laws against hunting the eagle and efforts to build up the population in captivity are currently underway.

Killing a Philippine eagle can land you in jail for 12 years. 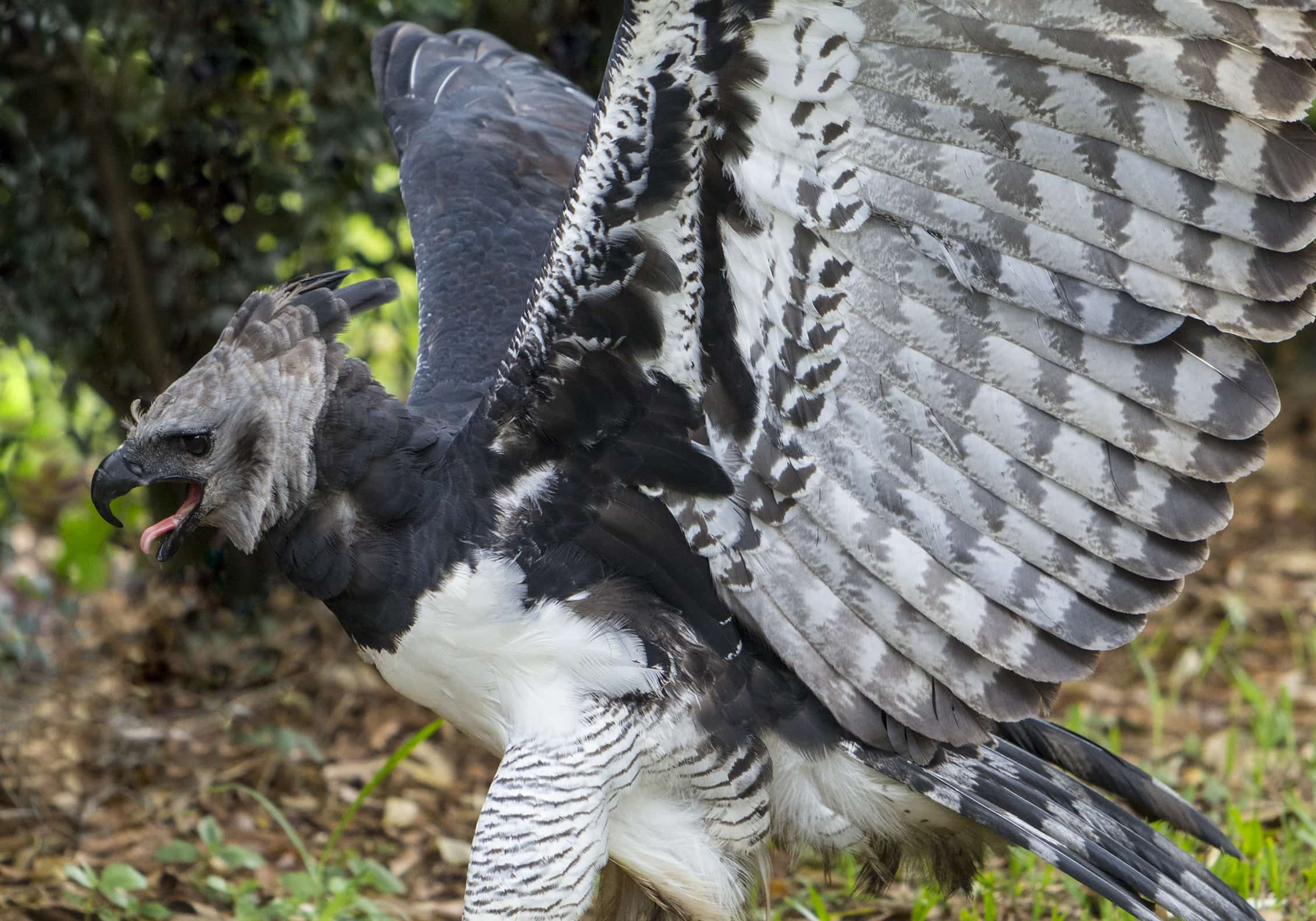 This bird is found throughout Central America, though in dwindling numbers. They exist in larger numbers in Brazil, though deforestation of the Amazon basin has pushed them into the “near threatened” range on the extinction continuum. Like other eagles of this size, the bird can lift its weight and is known to prey on small mammals, other birds and reptiles. The Harpy eagles of the rainforest prefer monkeys, however.

The bird is popular in Panama, which named the creature its national bird. It was the basis in design for an eagle in the Harry Potter film series.

The Harpy eagle has the largest talons of any bird in the world. 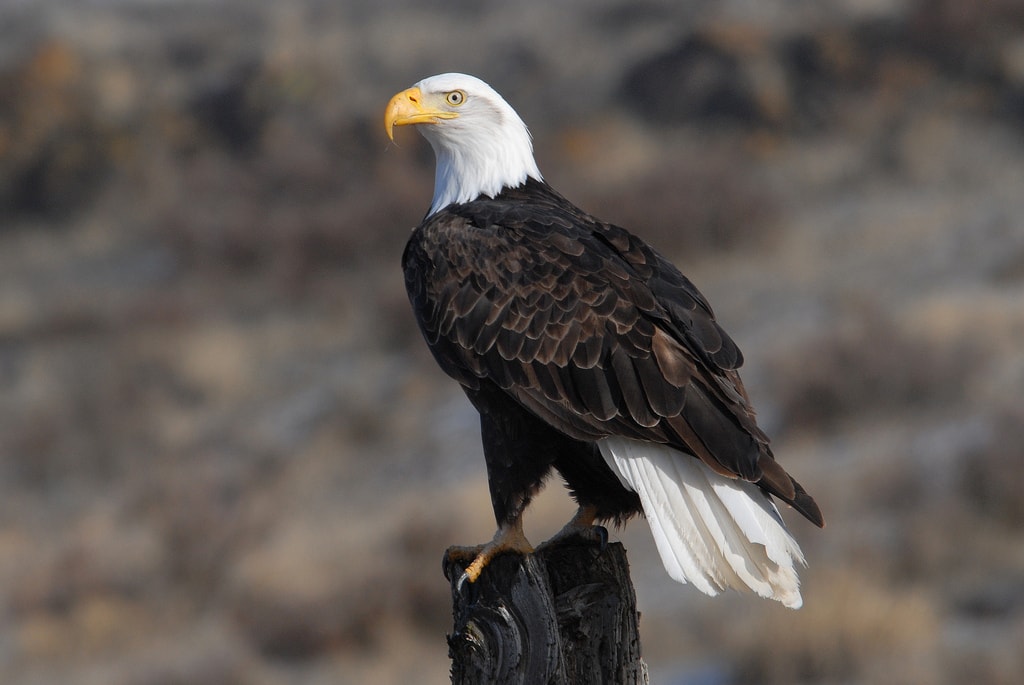 Source: US Forestry and Wildlife Service

With its white crest standing out against the large, brown body and wings, the bald eagle is one of the most visible of all eagles. That’s because it is the national bird and national animal of the United States of America. So then, the bird is featured in advertisements, movies and other visuals seen all over the world.

However, the bald eagle was not always so beloved. Hunters killed the bird, incorrectly believing the bald eagle hunted livestock, game animals and children. They also hunted the bird for sport. Other environmental factors contributed to a dwindling population. Today, conservation efforts have been successful and the bird is no danger of extinction.

Thanks to an American law, only Native Americans can legally possess bald eagle feathers. 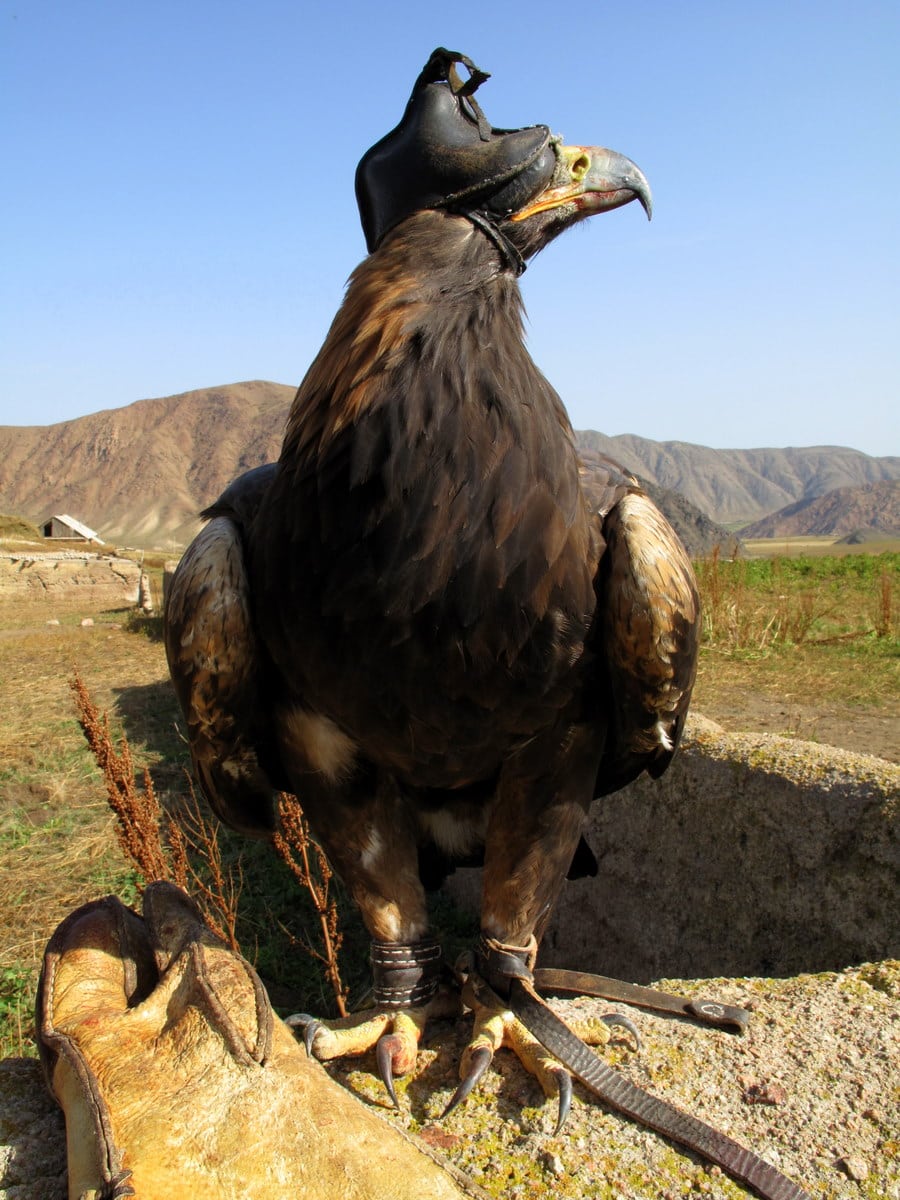 The Asian golden eagle is also known as the Berkut, a word that translates into “golden eagle.” It is the largest known eagle in this subspecies. This type is found in Kazakhstan, Pakistan, China and other countries near the Himalayan Mountains. The eagle is favored for its hunting abilities and some tribes in these regions had a tradition of training the bird to hunt wolves and other predators.

Golden eagles are spread widely across the world. They prefer mountainous areas in Eurasia, North America and North Africa.

In the 1990s, there were reported cases of American golden eagles hunting and killing live cattle in the state of New Mexico. 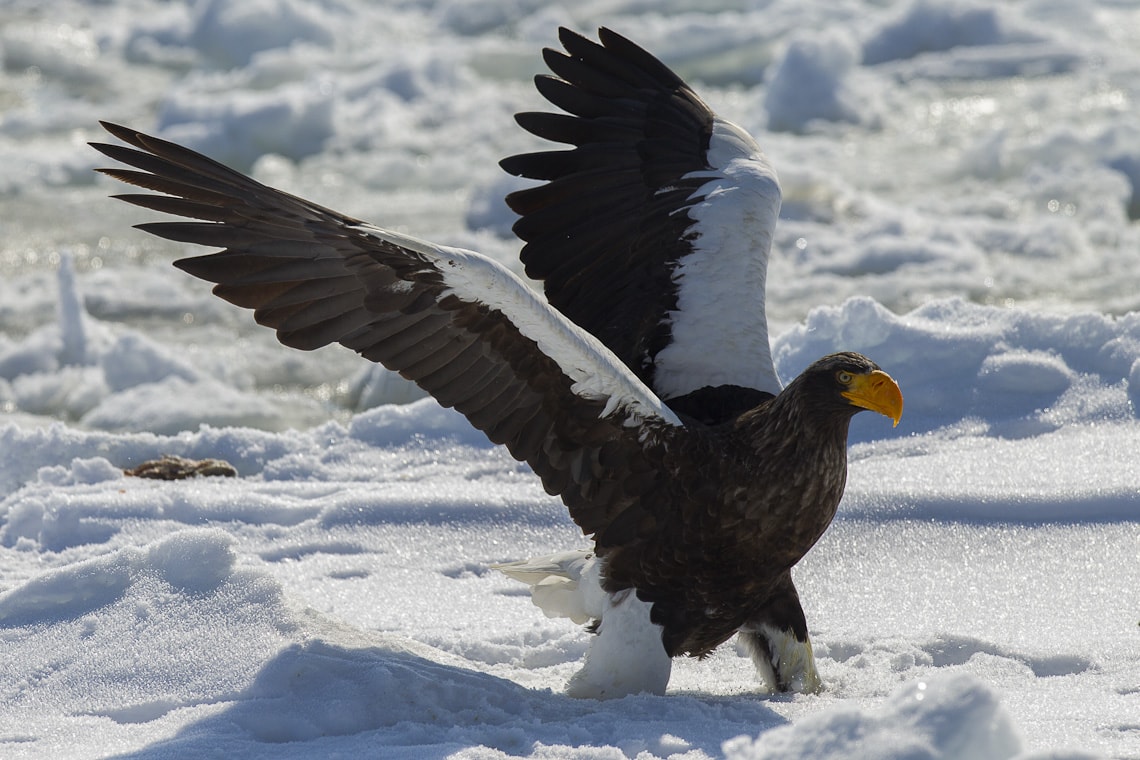 The largest eagle in the world is the Stellar’s Sea Eagle. Some species have longer wingspans or longer length, but when accounting for length, weight and wingspan together, this bird is the biggest of all. It primarily survives on fish and prefers the coastal areas of Russia (Sea of Okhotsk) or Japan where it is found in the greatest numbers. It prefers the meaty, cold water fishes like Salmon, but it will also hunt other birds, small mammals and sea mammals such as seals.

This bird is listed as “vulnerable” on the extinction scale. Pollution and overfishing are two manmade factors that threaten its existence. However, climate change is another enemy of the Sea eagle’s survival, as flooding and changing coastlines can cause its primary food source, fish, to become scarce.

The Japanese have classified this bird as a National Treasure, meaning it has protected status and may not be hunted.