From providing glorious wildlife sanctuaries to priceless oxygen production, forests have been enhancing the well-being of planet Earth for countless generations. They help prevent erosion, and keep animal populations balanced while serving as timeless reminders of how beautiful our planet can be.

While forests of every size are important to the health of our planet, sometimes we can’t help but wonder how big they can actually get. The more expansive forests can cover a surprising amount of square mileage, standing strong as some of the last slices of true wilderness left in our modern world. Let’s take a look at the 10 largest forests in the world and examine what makes each of them unique. 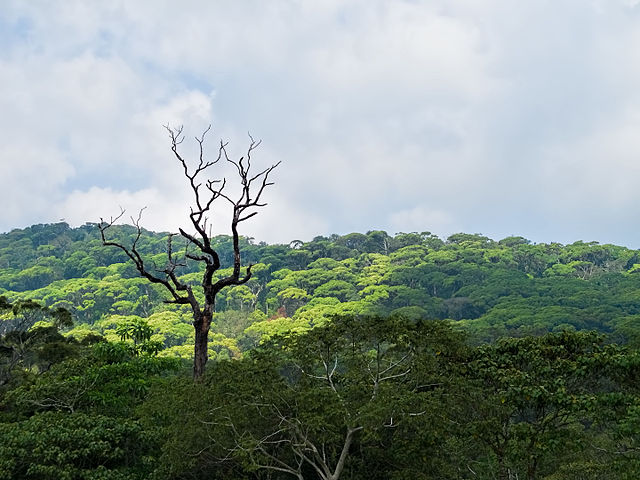 The Sinharaja Forest of Sri Lanka is the last viable stretch of tropical rainforest left in the country. This rich forested area is home to many different species of endemic wildlife, containing over 50% of Sri Lanka’s endemic butterflies and mammals. The name of the forest reserve means “Lion Kingdom,” and the forest ecosystem is strongly appreciated by the locals for its biodiversity and importance to the natural balance of the island. Sinharaja Forest Reserve was named a UNESCO World Heritage Site in 1988 in recognition for its living heritage and valuable, rich ecosystems.

Over 154 different species of birds inhabit the Sinharaja Forest, and have been known to travel together in “mixed-species feeding flocks” or “bird waves”. 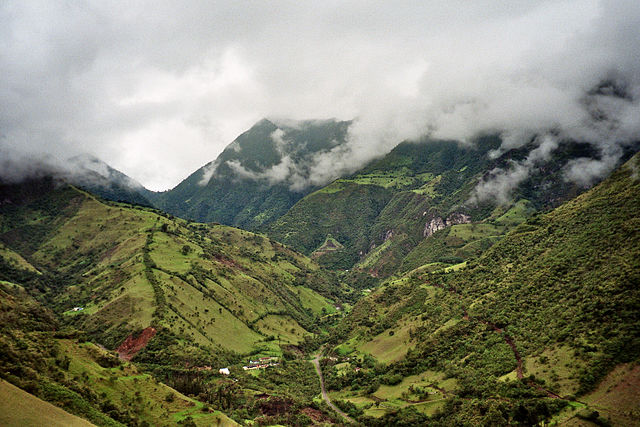 This sprawling, beautiful forest graces Ecuador as an important ecological site and tourist attraction. Topographical variation in the forms of rivers and highly elevated peaks offer widespread diversity in flora and fauna alike. The Mindo Forest area was home to the Yumbo-Nigua people, who settled there before the Incas. During the present day, this beautiful ecological treasure is a private reserve that strives to protect the many species that live there. Over 450 different types of birds find sanctuary in the Cloud Forest, as well as a wide variety of orchids.

The butterfly farm known as Mariposario, or Mariposas de Mindo, provides visitors with the opportunity to view and learn about the different butterfly species that inhabit the area. 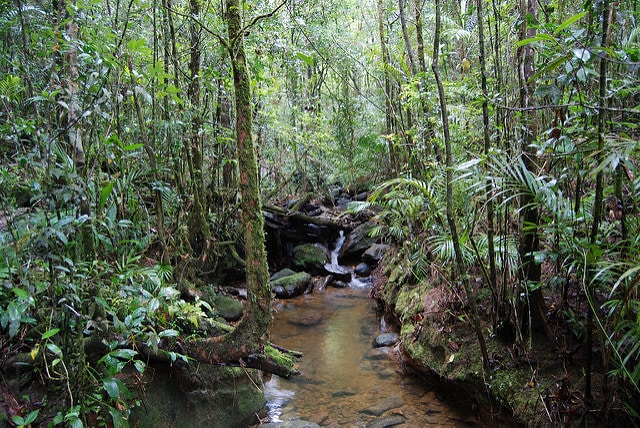 Home to Mount Kinabalu, the highest mountain peak in Borneo’s Crocker Range, and the highest in Malaysia, Kinabalu National Park is also Malaysia’s first World Heritage Site. This astounding forest also provides a habitat for the world’s largest pitcher plant along with over 5,000 other vascular plant species and 1,000 different species of orchids. This impressive variety of plants has earned Kinabalu National Park its title as the Centre of Plant Diversity in Southeast Asia.

The Kinabalu Rainforest hosts two different varieties of the parasitic Rafflesia flower. This unique plant produces stinking blooms that smell of rotting meat to attract the carrion flies that pollinate it. 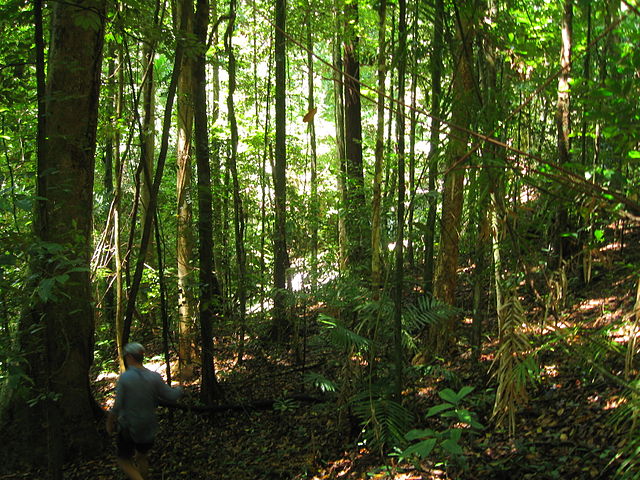 As the oldest rainforest in the world, Daintree Forest commands a level of respect that Australian locals are happy to provide in the form of non-invasive tourism. With special consideration for the well-being and preservation of this ancient rainforest, visitors can appreciate this natural wonder without the use of artificial structures that often interfere with the landscape in tourist areas. The conservation efforts put towards preserving this forest have paid off, as it now boasts the highest variety of plants and animals of any rainforest worldwide.

This incredible rainforest is so awe-inspiring and otherworldly in its beauty that it served as inspiration for the movie “Avatar”. 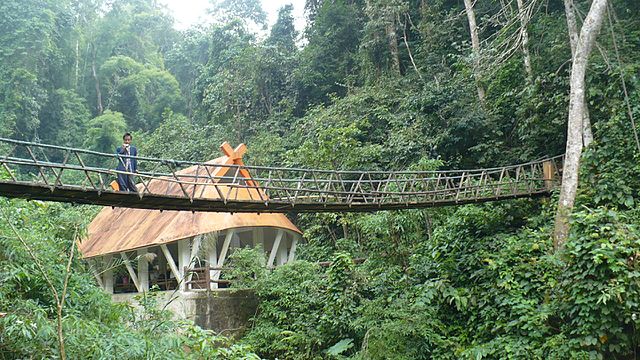 With 13,000 species of tropical plants, including 58 endangered species under state protection, The Rainforest of Xishuangbanna serves as a living museum of impressive flora and fauna. This forest also provides a platform for the Chinese Ecosystem Research Network to explore the various life forms that make up the different ecosystems of the area. Conservation efforts also include establishments like monkey and peacock breeding bases alongside study centers. A variety of gardens further allow visitors to learn about local plants and endangered species. One of the unique gardens even features trees planted by various celebrities!

A number of primitive villages remain in the Rainforest of Xishuangbanna, coexisting with the natural wildlife and helping to encourage appreciation and respect for the stunning landscape. 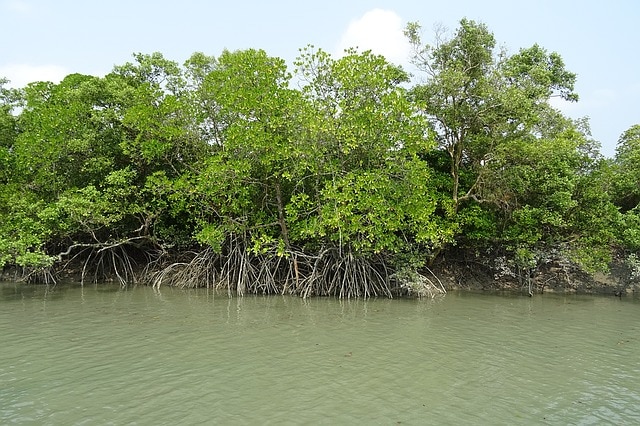 Located in the coastal regions of the Bay of Bengal at the delta region of the Padma, Meghna and Brahmaputra River basins, the massive forest of Sundarbans has been prioritized as a conservation area due to its invaluable biodiversity. The Sundarbans is constantly evolving as a result of erosion, coastal winds, and deposits of silt and sediment made by the rivers that converge at the delta. Erosion has increased as a result of deforestation, which kills off important tree roots that keep coastal sands in place.The forest is sensitive to climate change and human interference, and harbors a number of threatened species such as the Bengal Tiger, Estuarine Crocodile, and Indian Python.

While the Sundarban Forest is predominantly known for its massive stretches of Mangroves, it’s also home to rich jungle areas that sprawl inland from the coast. 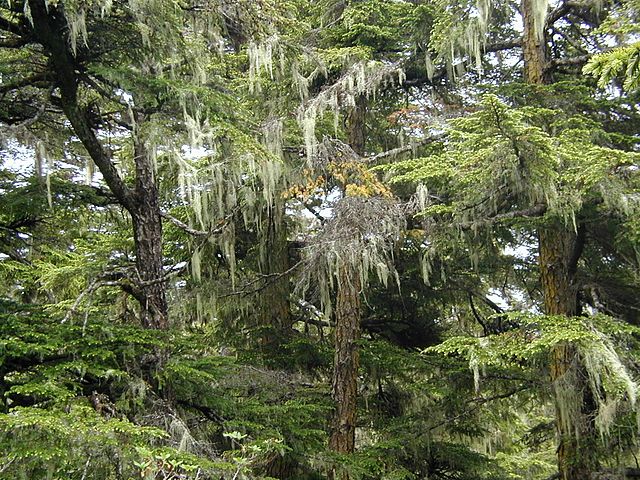 Covering most of southeast Alaska, Tongass is America’s largest national forest and a true wonder to behold. Sadly, the size and health of the forest have been negatively impacted by logging and deforestation. In recent years, many of the forest’s majestic trees have been harvested to process into consumable products. Roads have acted as another source of controversy alongside logging, with some people embracing them as a way of connected villages and resources, and others expressing concern over the interference with the natural landscape.

Many people would be surprised to hear that this beautiful rainforest exists alongside the tundras that Alaska is better known for. Despite human interference, Tongass boasts some of the most intact portions of temperate rainforest in the world.

This glorious temperate rainforest is the only rainforest in South America that also contains glaciers. The Andean Mountains lie within the Valdivian Temperate Rainforest, and their altitudes present a whole new level of biodiversity. Above certain heights, the rainforest vegetation gradually shifts into high Andean vegetation that is more compatible with the colder temperatures of the mountain peaks. The vegetation of this temperate rainforest includes evergreen trees and the endemic Monkey Puzzle Tree, as well as understory vegetation such as bamboos and massive ferns. 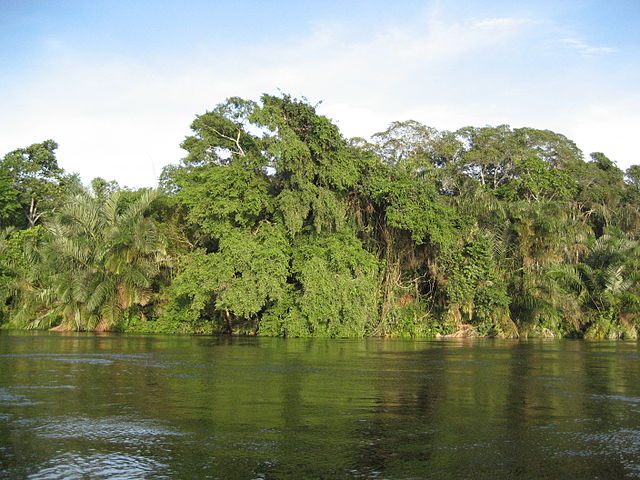 With 6,000 different species of trees and 10,000 varieties of animals, the Congo Rainforest is highly regarded as a biodiversity hotspot. The various wildlife species play an integral role in the development of the forest landscape by controlling the types of vegetation that dominate different areas. In places where large plant-eaters such as Elephants and Gorillas frequently thin out the shorter foliage by eating, the taller trees are able to grow to towering heights.

As is often the case, the main threat to the Congo Rainforest is humans. A cocktail of local violence, coal and wood trade, over-hunting, and mining have threatened the forest, though the battle for its preservation continues. 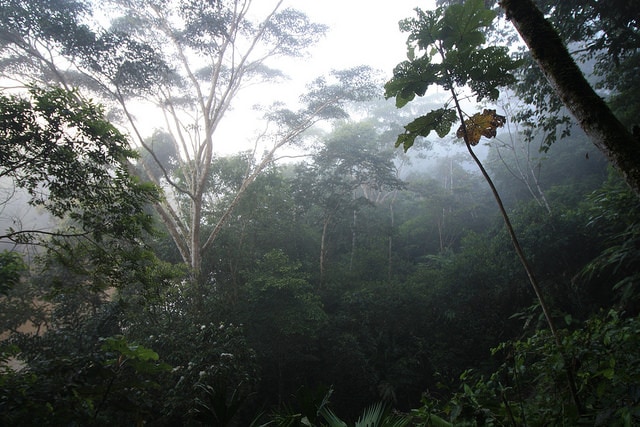 The Amazon Rainforest is the largest forest in the world. On top of being recognized for its size, the Amazon is also acknowledged as being one of the single most important forests in Earth’s global climate. This awe-inspiring moist broadleaf forest covers the vast majority of the Amazon Basin, and is home to an astounding variety of plant and animal life. Outstanding species of wildlife include the Capybara, the largest rodent in the world, and the endangered Amazon River Dolphin.

The Amazon Rainforest experiences an unexpected connection with the Saharan Desert in Africa. Powerful winds sweep up dust from the Sahara, transport it over the Atlantic Ocean, and deposit it in the Amazon. These dust deposits provide the local flora with important minerals and help the jungle thrive.