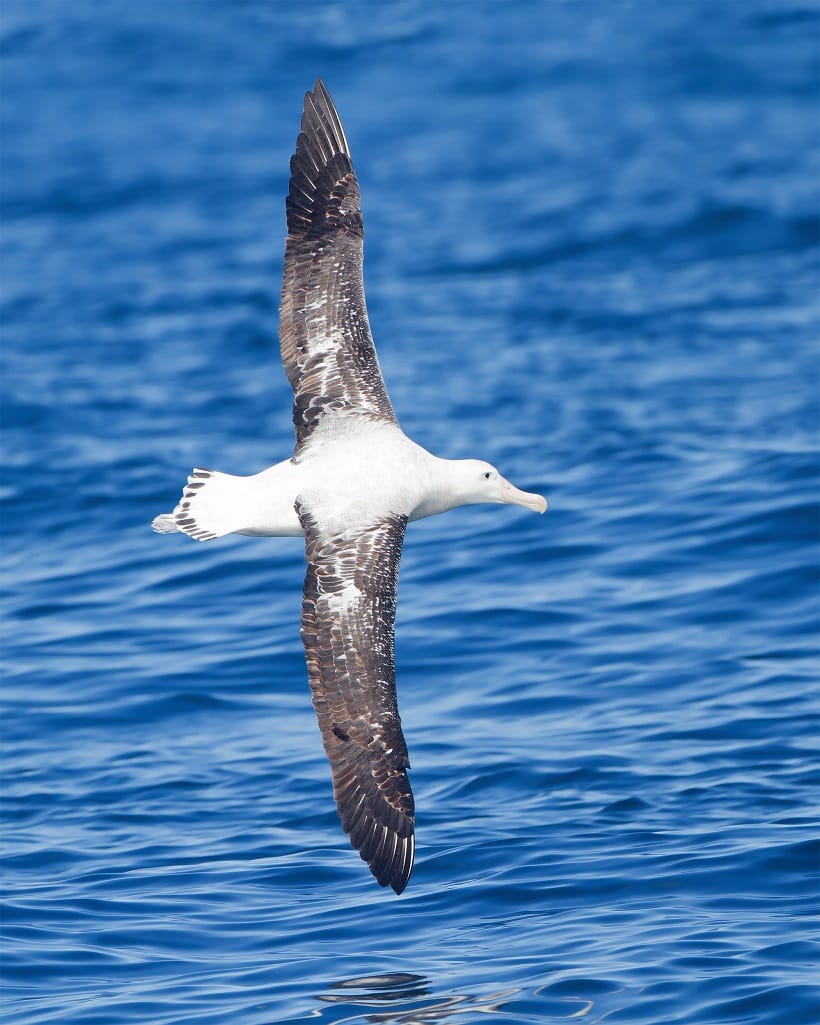 The Wandering Albatross is a vulnerable species and it is estimated that there are only between 25,000 – 26,000 adults left in the wild. 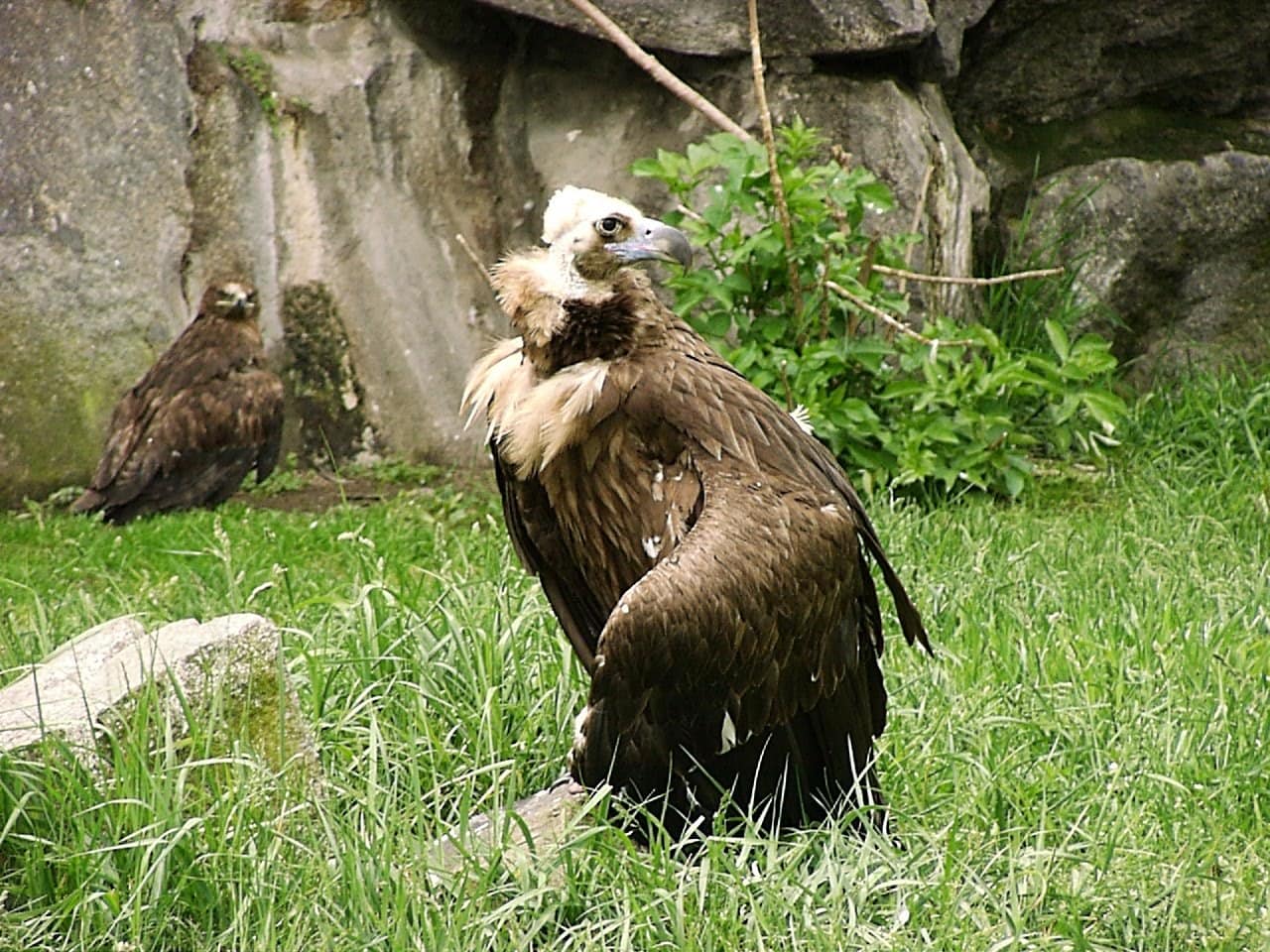 The Eurasian Black Vulture has specialized hemoglobin that allows it to efficiently take in oxygen while it flies at high altitudes. 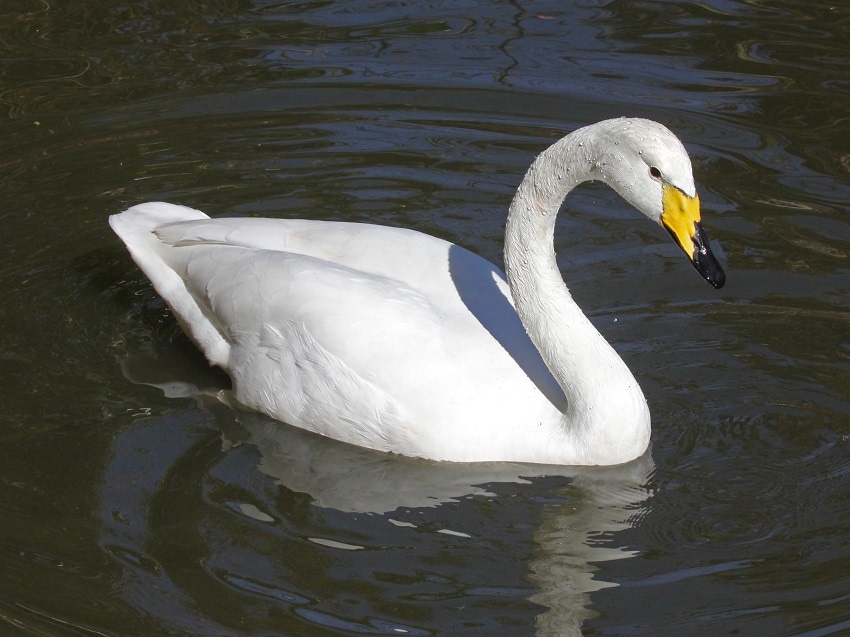 Whooper Swans come to UK from Iceland during the winter months to nest in estuaries and wetlands. When it’s time to return home in the spring, Whooper Swans will fly non-stop from the UK back to Iceland.

The yellow markings on the Whooper Swan’s bill is unique to each individual, just like human fingerprints. 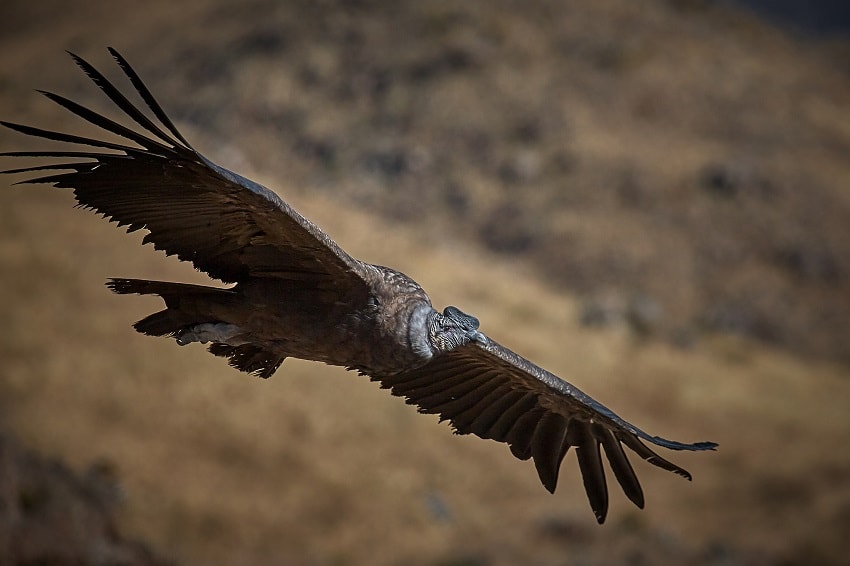 As their name implies, Andean Condors are native to the Andes Mountains in South America. However, they also live near the coasts and even the deserts in the region. The Andean Condor was added to the Endangered Species List in 1973, but has made a bit of a comeback through conservation efforts.

The Andean Condor is one of the longest living birds in the world with lifespan between 60 – 100 years. 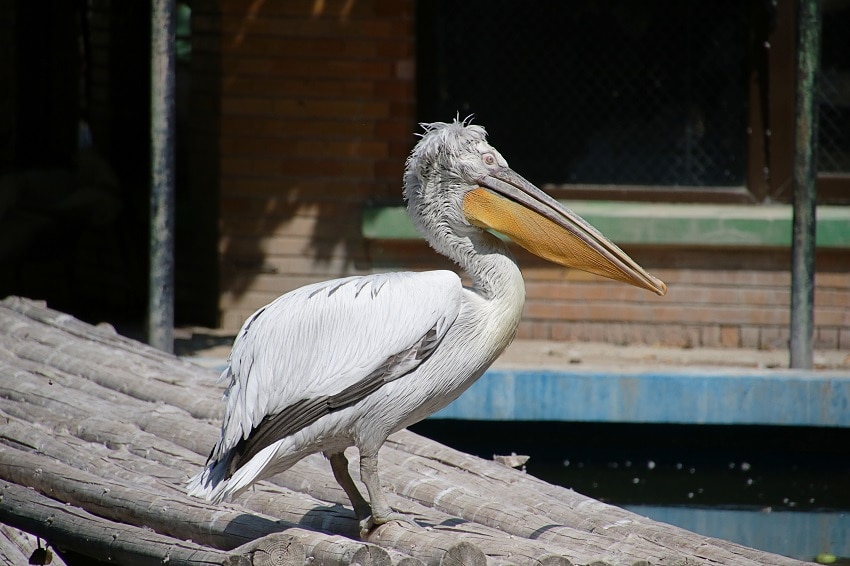 Dalmatian Pelicans stay with the same mate for a breeding season, not for life. 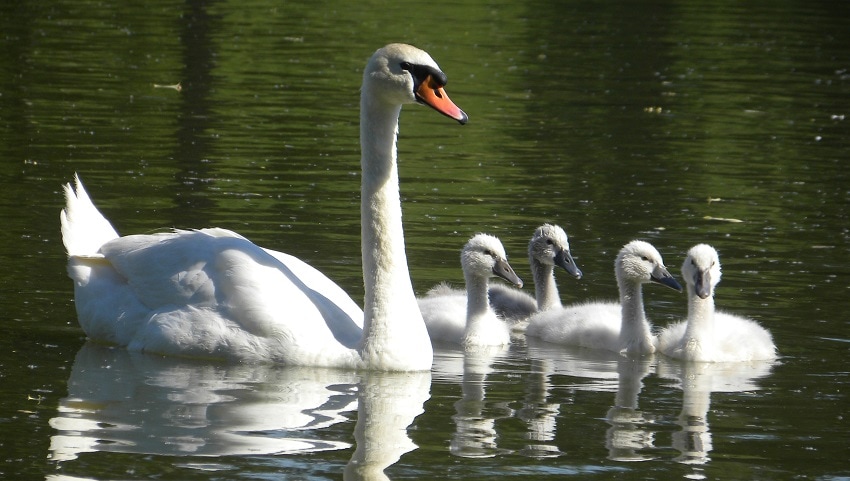 The Mute Swan is one of the largest waterfowls in the world with males weighing up to 32 lbs (14.3 kg). Mute Swans are considered the second largest swan species after the Trumpeter Swan. In addition to being quite heavy, mute swans have a wingspan ranging from 79 – 94 in (2 – 2.4). 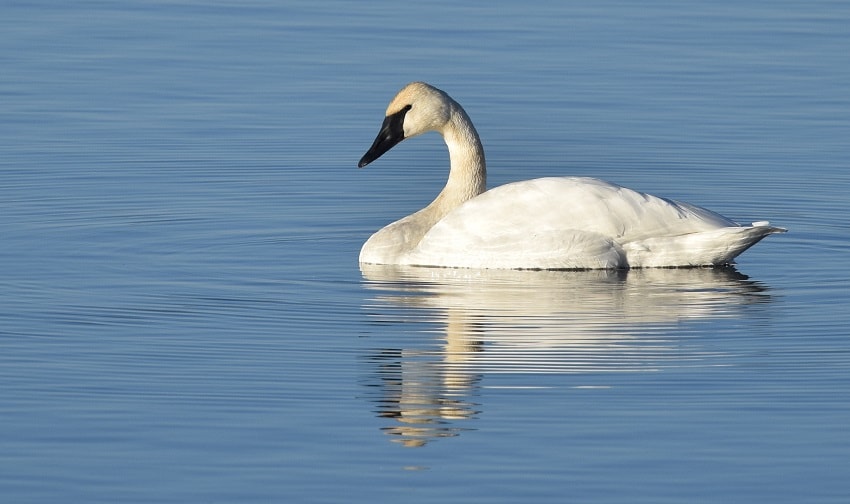 The Trumpeter Swan is the largest flying bird native to North America and the largest waterfowl in the world. Adult Trumpeter Swans often weigh at least 20 lbs (9.07 kg) and males can reach over 30 lbs (13.6 kg).

Trumpeter Swans are not only heavy, they also have massive wingspans ranging from 6 ft 1 in to 8 ft 2 in (1.85 – 2.5 m). In the past, Trumpeter Swans nested all over North America, but their numbers declined as more people settled on across the continent. Today Trumpeter Swans are primarily located in remote parts of Alaska, Canada, and the northwestern United States.

Since Trumpeter Swans are so large, they need at least 100 meters (328.1 ft) of space to take flight. 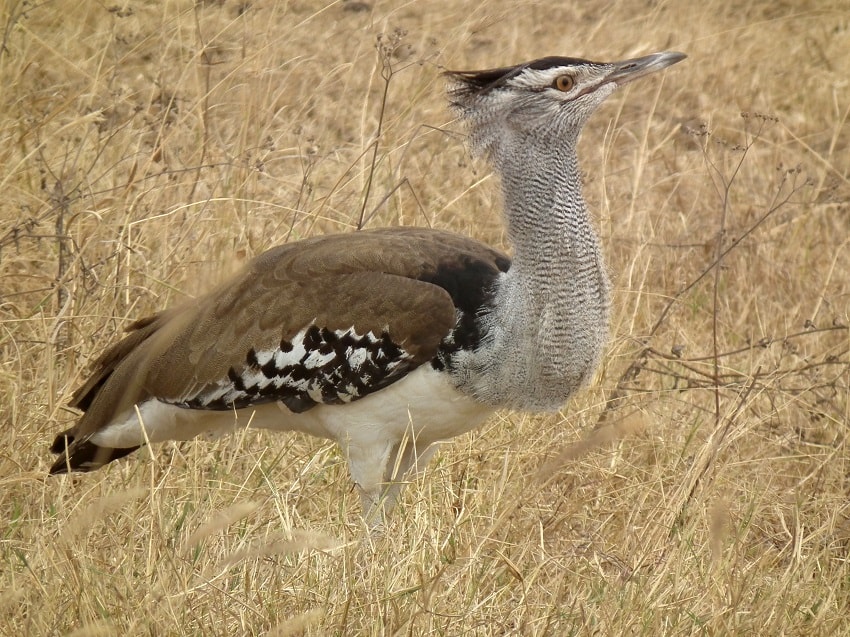 Right behind the Great Bustard in size, is the related Kori Bustard, which is native to southern Africa. Kori Bustard males can weigh between 24 – 42 lbs (11 – 19 kg) and female Kori Bustards are about half that size.

The Kori Bustard is Africa’s heaviest flying bird. Although Kori Bustards can fly, because of their large size, they prefer dwell on the ground. Kori Bustards only fly when its in serious danger.

During mating season, male Kori Bustards can inflate their esophagus to as much as four times its normal size. 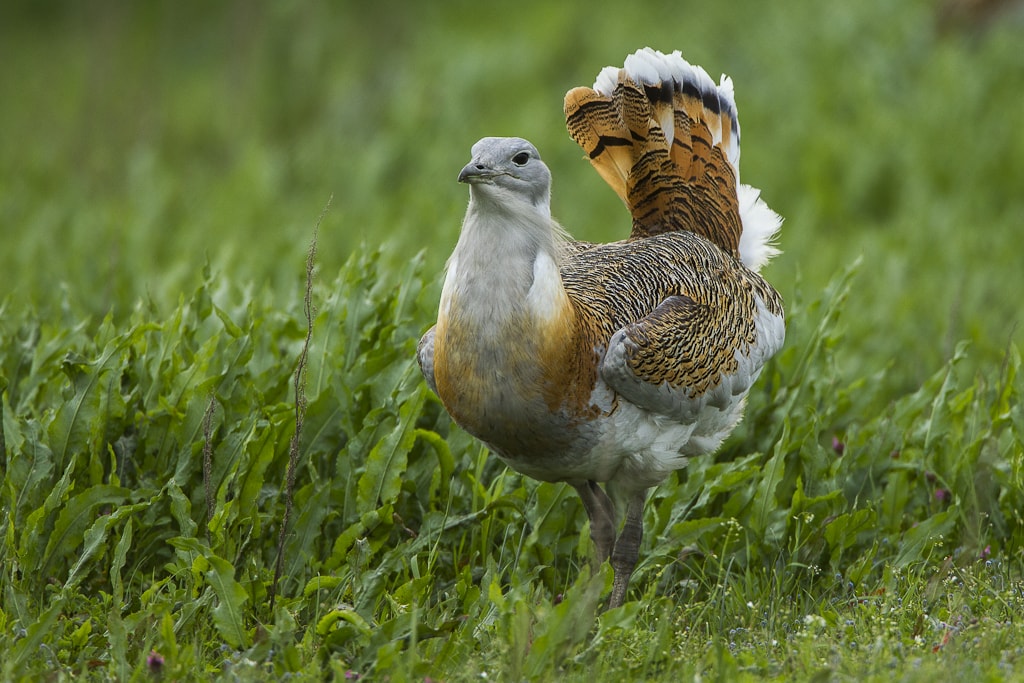 Great Bustards are native to Europe and there is a relatively unknown subspecies in Asia as well. Unfortunately, the Great Bustard is listed as a vulnerable species and its numbers have declined in many countries.

The Great Bustard was native to the United Kingdom, but was wiped out in the 1830s by trophy hunters. However, the UK’s Great Bustard population has recovered a bit in recent years.