Despite what everyone believes, in general diamonds aren’t that rare or valuable. In fact, diamonds weren’t even that popular until the De Beers company convinced everyone, through a very successful advertising campaign, that engagement rings should always have diamonds. This exponentially boosted  the status of the diamond and the industry hasn’t been the same since.

While regular diamonds might be quite commons, large gemstone quality diamonds have always been rare and valuable. All of the large diamonds are special and some of them are know part of the Crown Jewels of various countries. For this list, we decided to go with the uncut weight of the diamonds to determine the order of the largest diamonds ever discovered. 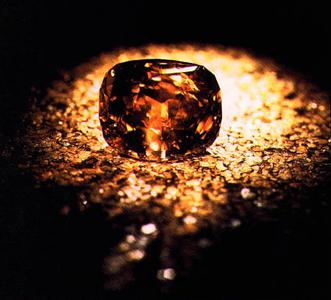 The Golden Jubilee Diamond was blessed by Pope John Paul II, the Supreme Buddhist Patriarch of Thailand, and the Supreme Muslim High Imam of Thailand before being presented to the King. 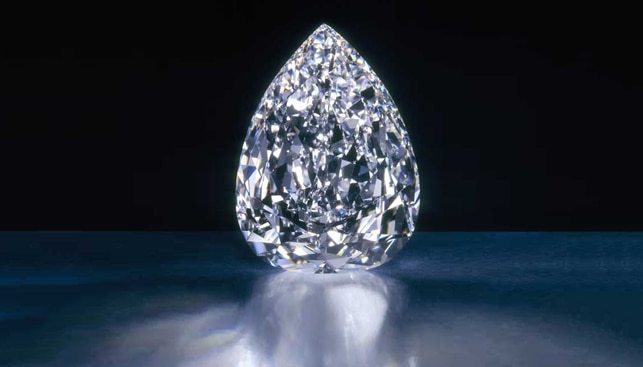 The Millennium Star was the crowning piece of De Beers’ Millennium Jewels collection from 2000, the original rough diamond was 777 carats (155.4 g).

The Millennium Star is the only diamond in the world that is rated flawless both internally and externally. 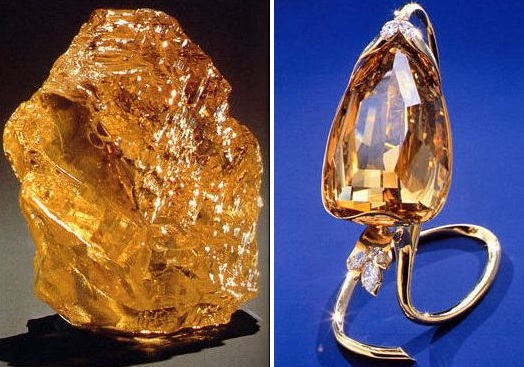 Unlike most of the other large diamonds on this list the Incomparable Diamond was a lucky find that was discovered by a little girl in a pile of rubble, which is where it ended up after it was rejected as worthless by the mine it came from. 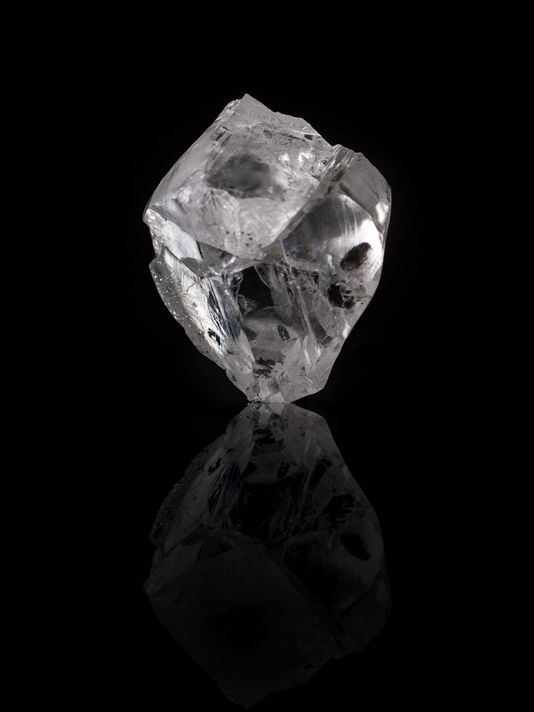 The Lesotho Legend was very recently discovered in early 2018 by Gem Diamonds Ltd. at their mine in Letseng, Lesotho. Weighing in at 910 carats (182 g), the Lesotho Legend is the fifth largest diamond ever found.

Also the quality of the Lesotho Legend is exceptional, it is classified as a D color Type IIa diamond, which means it is the most chemically pure type of diamond. This makes the Lesotho Diamond one of the most valuable diamonds in the world and it was sold for $40 million in March.

The Lesotho Legend is only one of several high quality and large diamonds discovered in Gem Diamond’s Letseng Mine.

Originally, Harry Winston had the Star of Sierra Leone cut into one 143 carat (28.6 g) emerald shaped diamond, but after a flaw was discovered the large cut diamond was broken down into smaller stones. 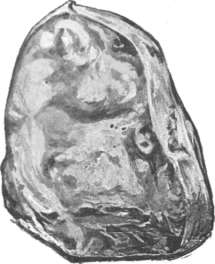 Many people consider the cutting of the Excelsior Diamond to be a tragedy because the cut stones were so small and not memorable. 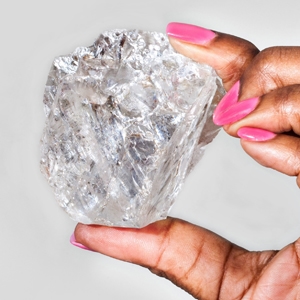 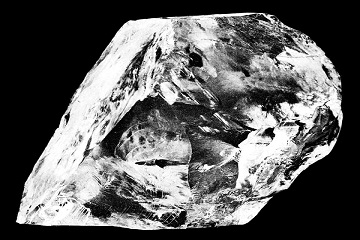 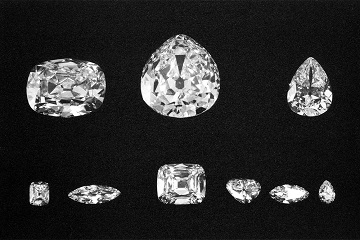 The Cullinan Diamond is the largest diamond ever found in the world. It was found in a mine in South Africa by Sir Thomas Cullinan in 1905.  Before the Cullinan Diamond was cut into polished diamonds, it weighed a whopping 3,106.75 carats (621.35 g)! The rough diamond was split into two stones which were further cut down into nine major stones, 96 brilliants, and 9.5 carats (1.9 g) of unpolished pieces.

The two largest stones, the Cullinan I (Great Star of Africa) and Cullinan II, were given to King Edward II and are now part of the Crown Jewels of the United Kingdom.

The largest stone cut from the Cullinan Diamond, the Great Star of Africa, has an estimated value of $400,000,000, but it is not for sale because it’s part of the Crown Jewels of the UK.