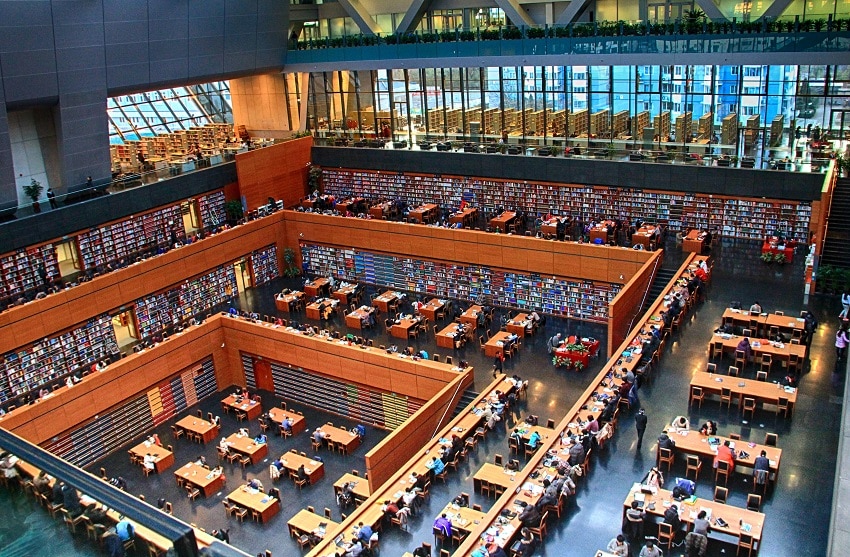 Not only does the National Library of China serve as the country’s main repository for the nation’s publications, it is also a national bibliographic center, a national center for preservation and conservation of ancient books, as well as China’s national museum of ancient books. The National Library of China also collects and preserves foreign publications.

The National Library of China has about 280,000 volumes of rare books, which include over 1,600 rare works from the Song and Yuan Dynasties. 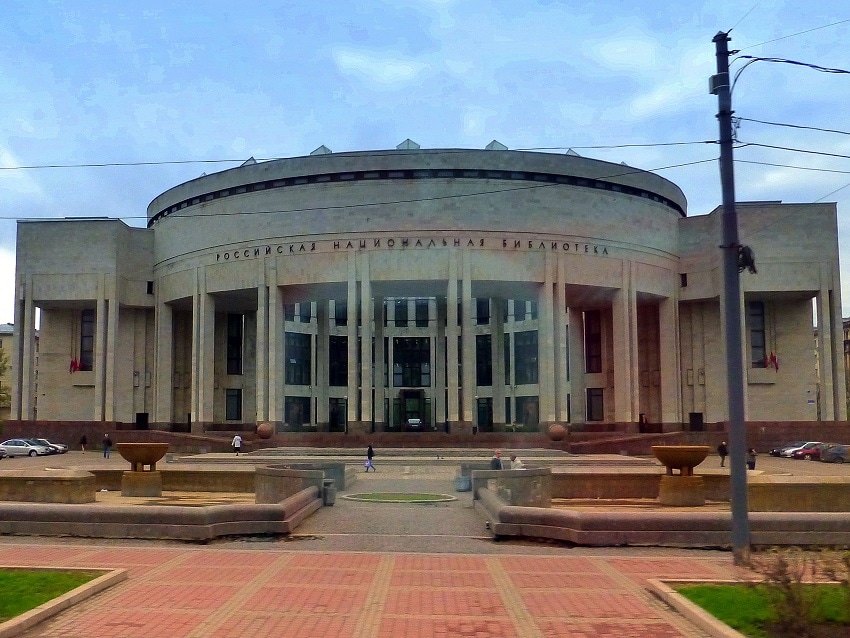 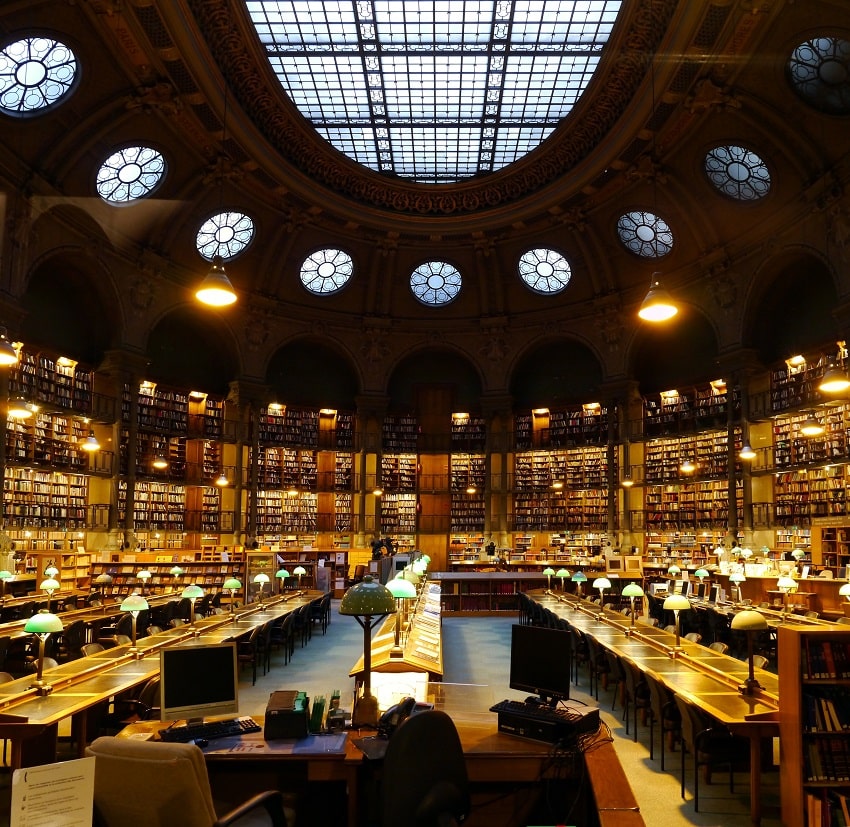 The Richelieu Library houses Bibliothèque nationale de France’s special collections and is currently undergoing an extensive renovation that is set to be completed in 2020. 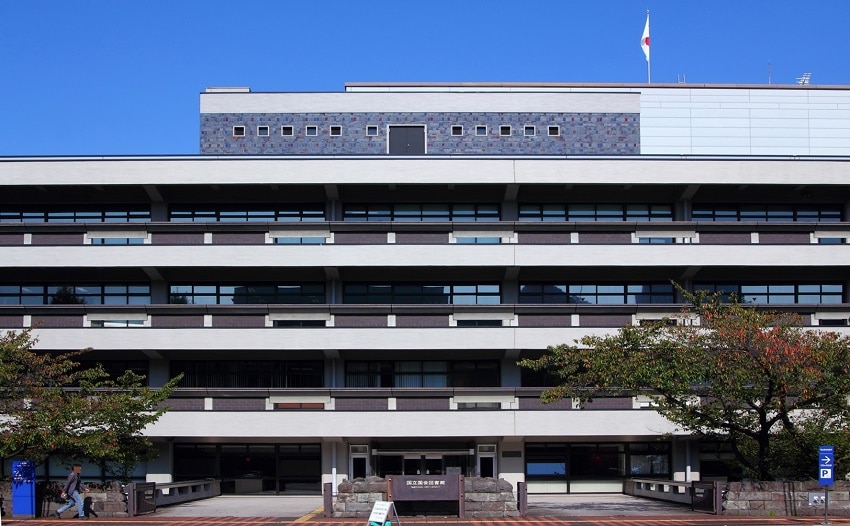 The Hall of the Main Building of the National Diet Library has an engraving of the phrase “The Firm Conviction that Truth Makes Us Free” – it is written in both Japanese and Greek. 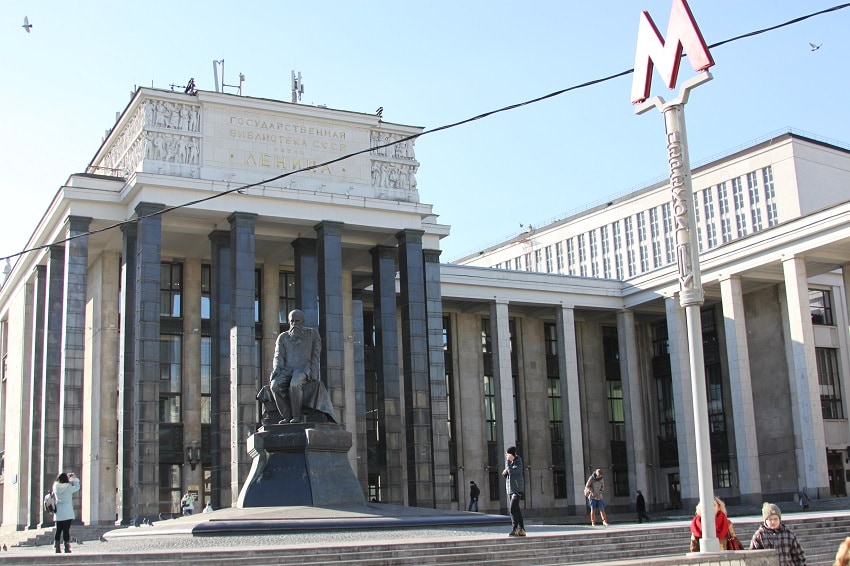 The Russian State Library’s General Digital Catalogue is open and free for anyone with internet access. 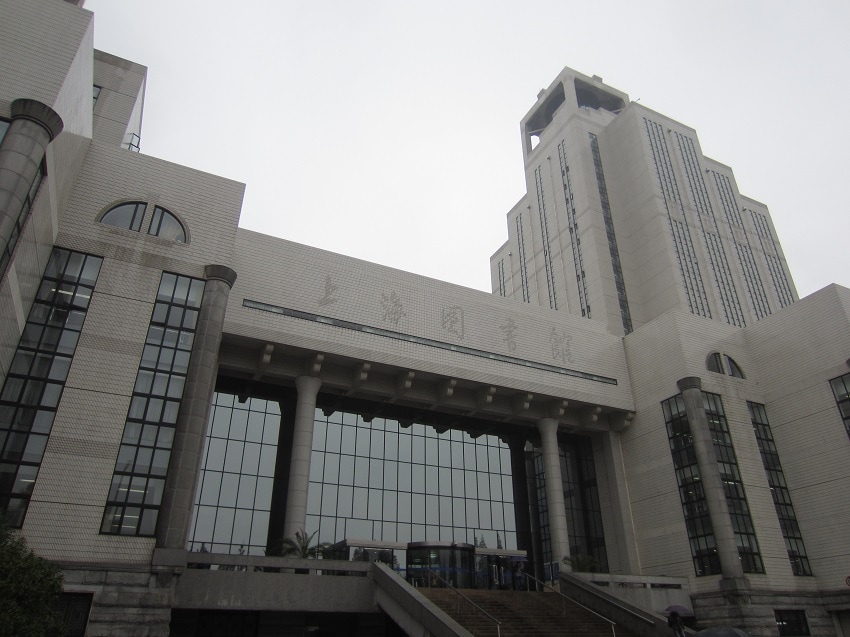 Source: Wikimedia Commons via Another Believer

After the merger, a new building was built for the Shanghai Library in 1996 and it is now one of the city’s greatest landmarks. In addition to traditional services, the Shanghai Library has a digital personalized service system with interfaces in Chinese, English, and Japanese.

Number of Items in Catalogue: 54 million+
Location: Ottawa, Canada
Visitors Per Year: Unspecified
Year Opened: 2004 (year that the National Archives of Canada and the National Library of Canada were combined) 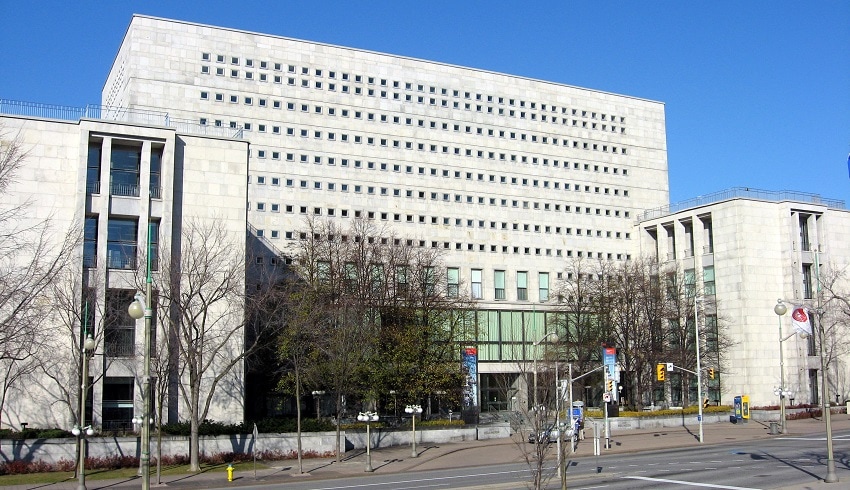 In 2017, the Library and Archives Canada received $14.9 million of federal funding to preserve and revitalize Canada’s Indigenous languages and cultures. 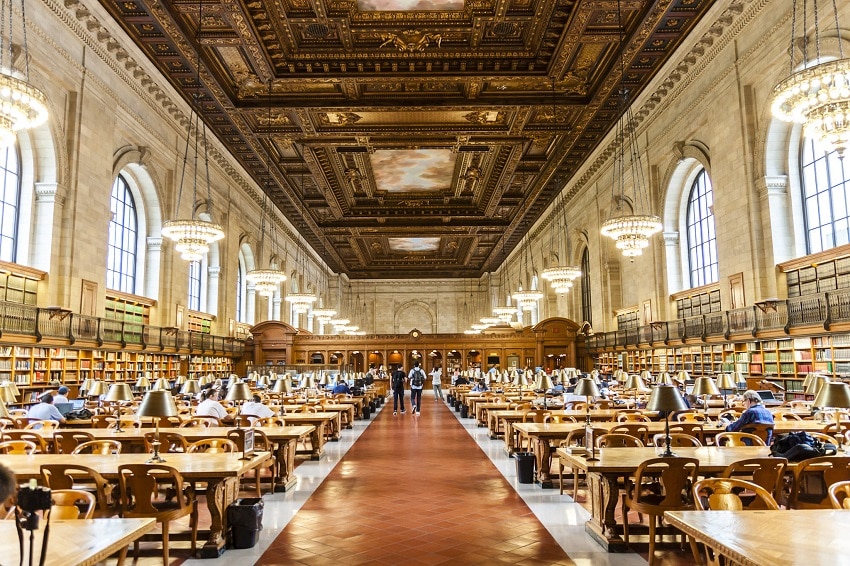 It cost $9 million to build the New York Public Library and took 16 years to construct. 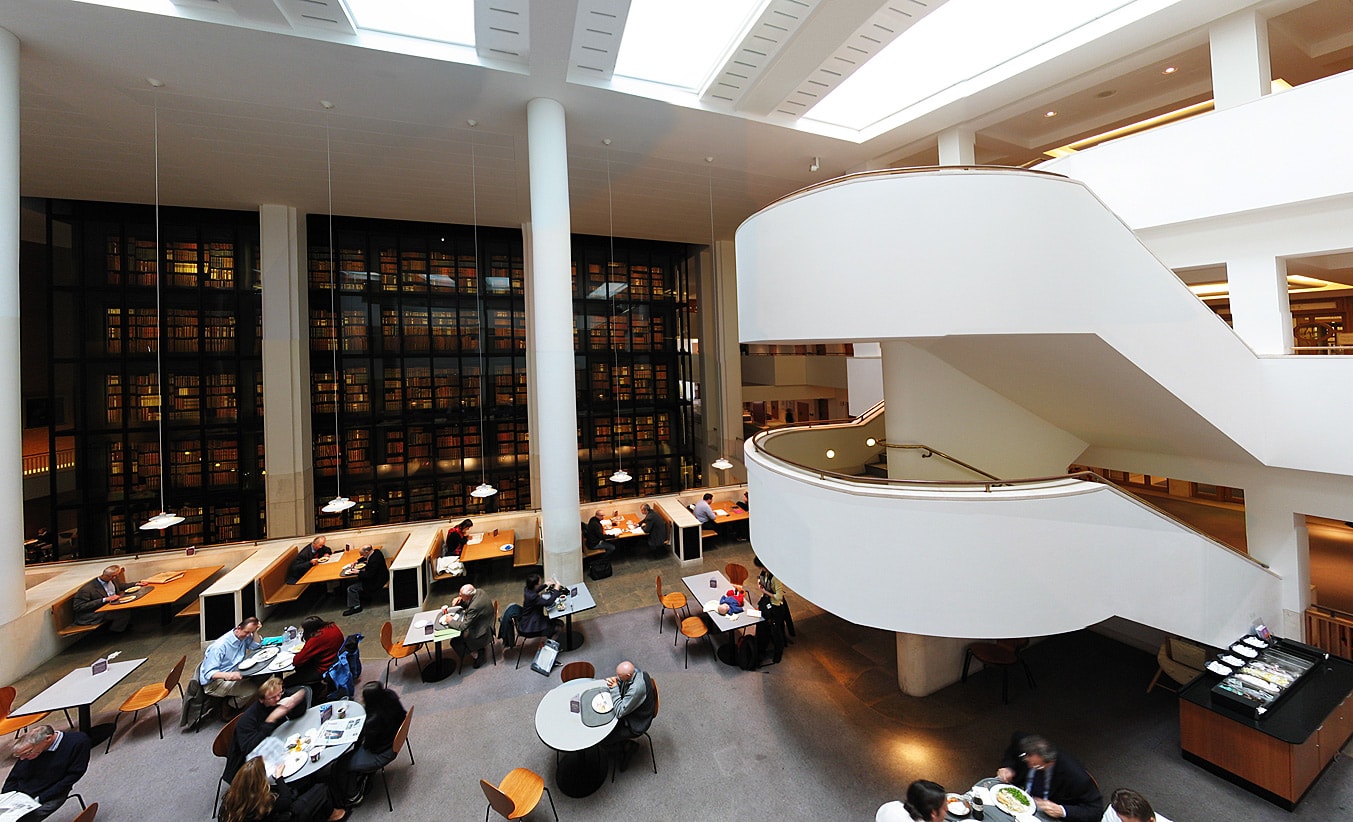 Not only is the British Library’s collection large, the actual building is also quite impressive. The British Library is the largest public building constructed in the United Kingdom in the 20th century and has a total floor area of 12,000 square meters (129,166.93 square feet).

The basement of the British Library is over 24.5 meters (80.4 feet) deep, which is equivalent to an eight-story building. 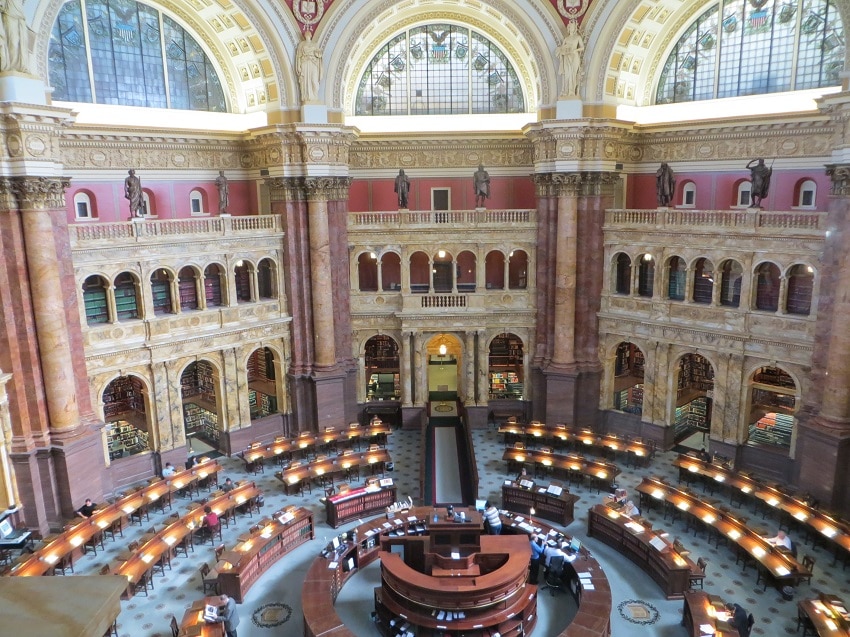 With over 167 million items in its collection, the Library of Congress is the largest library in the world. The Library of Congress is the official national library of the United States and houses some of the country’s most important documents. The collection includes over 39 million books and other printed materials, 3.6 million recordings, 14.8 million photographs, 5.5 million maps, 8.1 million pieces of sheet music, and 72 million manuscripts.