People from all around the world love to bundle up and hit the slopes to enjoy the exhilarating experience of skiing. As you might imagine, the most popular ski resorts around the globe are usually the ones with the best views and the most thrilling slopes to ski!

So, just how much ground can the largest alpine resorts cover? Today we’ll be looking at 10 of the largest ski resorts in the world and ranking them according to how many kilometers of ski slopes they provide. We’ll also learn some cool facts about each one! 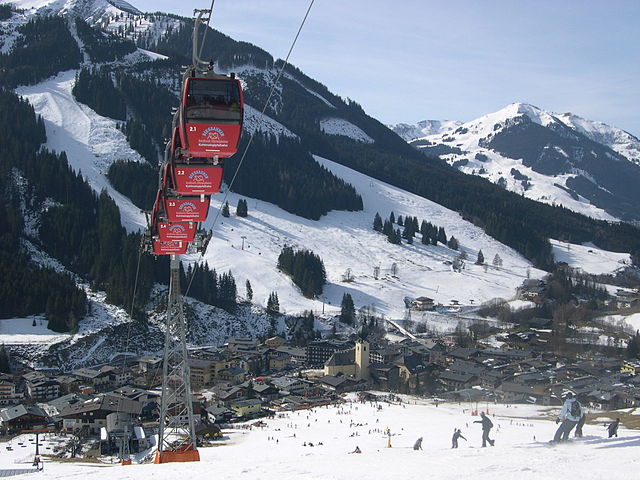 The most popular part of this ski resort is located beneath the summit of Kohlmaiskopf mountain. 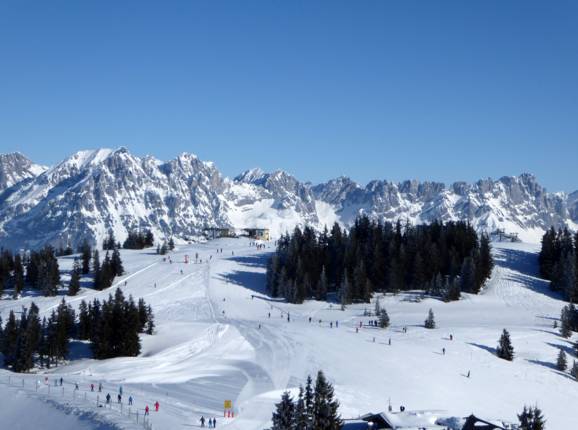 This gorgeous ski resort offers visitors unparalleled scenery with a panoramic view of over 70 nearby mountains that reach heights of more than 3,000 meters. The witches kids’ park at the resort also offers a fun array of magical scenes and activities where younger children can become acquainted with the basics of skiing. The longest ski run goes from Hohen Salve to Söll and is considered a must-see for visitors!

Hohe Salve is said to be the most striking mountain peak in the winter sports resort area. 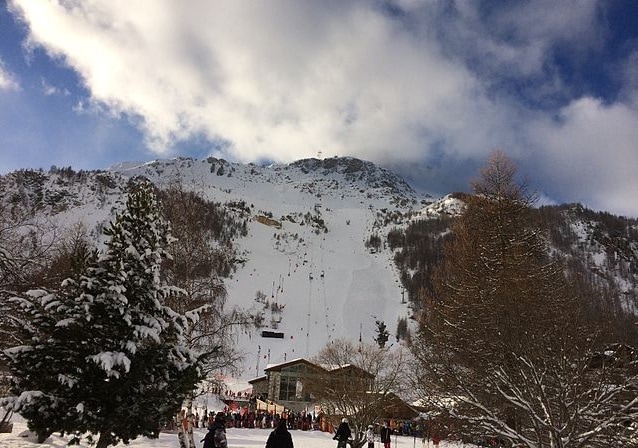 The Tignes and Val d’lsere communes are connected by the ski slopes that serve as the main attraction at this exciting resort. This ski area was used as the site of the Albertville 1992 Winter Olympics alongside several other winter sporting events. Interestingly, this resort and its slopes are partially located atop glaciers as well as solid ground! 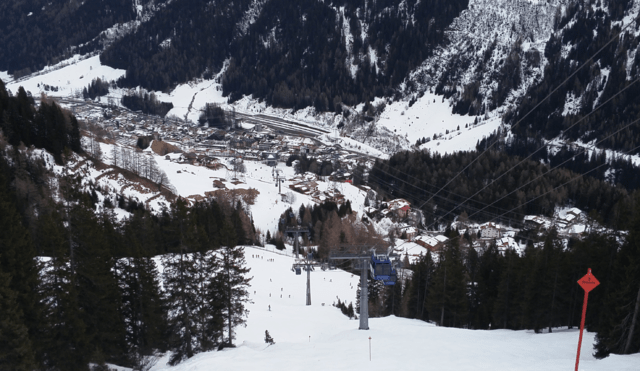 This Austrian ski resort sits in the Tyrolean Alps and serves as a very popular hiking and mountaineering destination during the summer months when it’s too warm to ski. This resort also retains bragging rights as the largest connected ski resort in Austria! The roomy gondola lift system serves to connect all the villages within the resort, and the resort as a whole is accessed primarily by railway.

In addition to the obvious pastime of skiing, visitors at this resort can go sightseeing, enjoy pools and waterslides, or ride on cycling tracks. 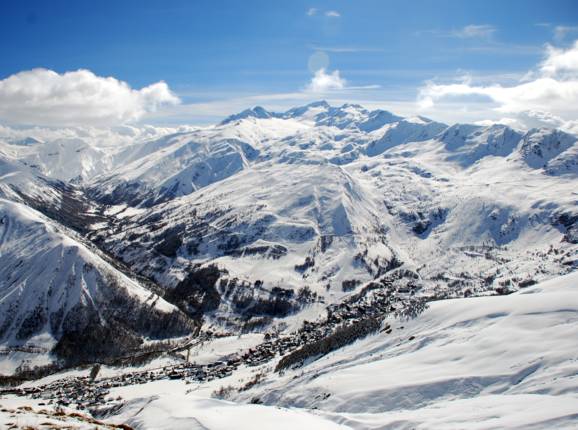 These beautiful French ski slopes are located at varying elevations between 1,100 meters and 2,620 meters and are generally classified at an intermediate level. 622 snow cannons keep the 46% of the slopes nice and powdery, ensuring that the whole resort consistently provides optimal skiing conditions. The name “Les Sybelles” hearkens to the six individual resorts that make up the complex as a whole.

La Toussuire, one of the six resorts, features a pedestrian center with an array of activities. 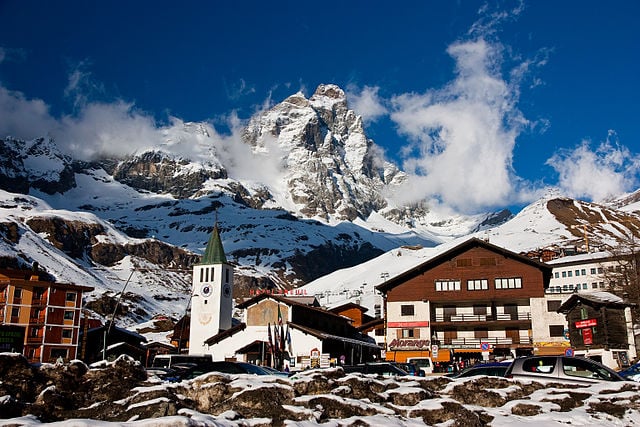 Also known as the Matterhorn Ski Paradise, this exhilarating alpine resort allows visitors to ski the slopes on one of the world’s most famous mountains! Switzerland and Italy cooperate to allow skiers to enjoy both sides of the mountain in both countries during all seasons. Thanks to this resort’s location being one of the highest in all of Europe, the glacier slopes stay crisp and ready nearly all year round.

This resort is highly popular and grew very quickly, making it the perfect setting for some creative architectural experiments. 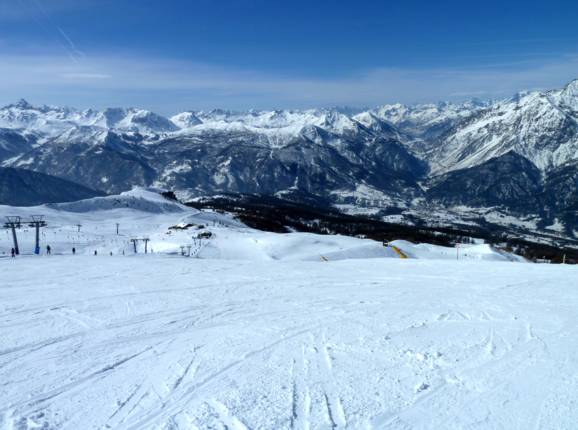 Six conveniently connected resorts make up the Via Lattea alpine resort complex, and each one is reported to have its own distinct feel. There are plenty of slopes at all levels available so that all newcomers can find their ideal niche, and other attractions such as incredible international cuisine are available as well. The skiing area stretches from Sestrière in Italy to Montgenèvre in France.

The 2006 Olympic Winter Games of Turin were held at Via Lattea. 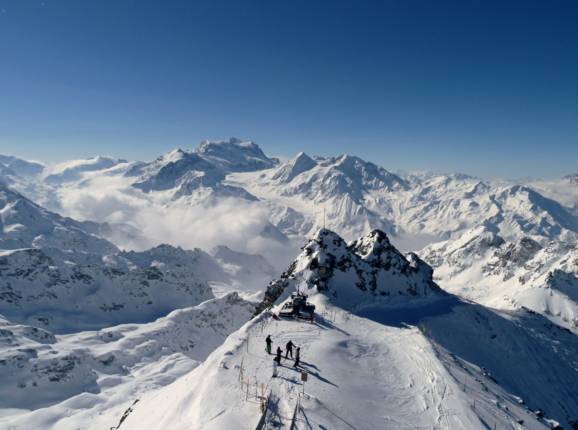 As the name would suggest, four different valleys and six resorts make up this wonderful alpine getaway. Iconic locations such as Verbier contribute to its high reputation as a premier resort, and its steep slopes are especially popular among advanced skiers. The varying conditions are also a high point of the area for enthusiastic skiers, and the resort culture at 4 Vallées is thriving.

During World War I, local ski resorts like Verbier served as sanctuaries for injured soldiers who required medical treatment. 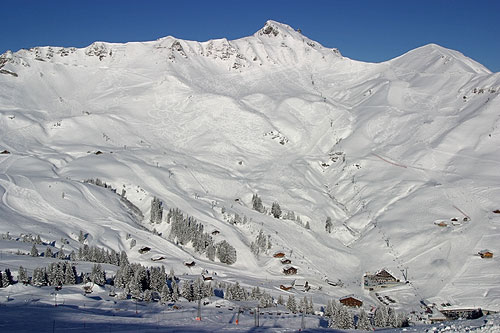 This massive ski resort boasts 12 stations between Switzerland and France, and has been one of the largest resorts in the world for decades. Hefty snow-making machines keep the lower slopes, which begin at elevations of 900 meters, open for longer periods of time throughout the year. The first lift at the resort was opened in 1934 and each cable-car seated 25 people.

The name Portes du Soleil was first bestowed upon this ski resort in 1965. 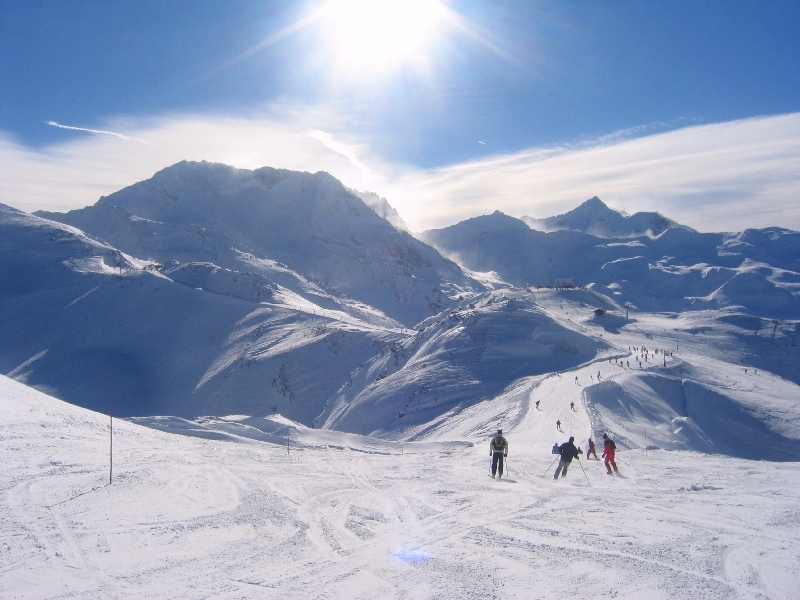 Les 3 Vallées is the largest ski resort in the world by total ski slope distance. A single ski pass has linked the valles that give this resort its name since 1973, allowing visitors to freely enjoy the biggest alpine resort around the globe using only lifts and slopes. More than 2,000 snow cannons are spread across the resort to ensure that the lower areas stay powdery, but natural snowfall maintains most of the slopes without any help.

A staggering total of 28,500 piste marker poles in various colors serve to label slopes according to difficulty level so that visitors are always well-informed!