Everyone loves a tasty piece of pizza! In almost every town across America, friends and families get together at local pizzerias to grab a few slices together. Countless pizza chains have capitalized on the high demand for a fun dining environment, serving affordable and tasty pizzas at locations all over the world. 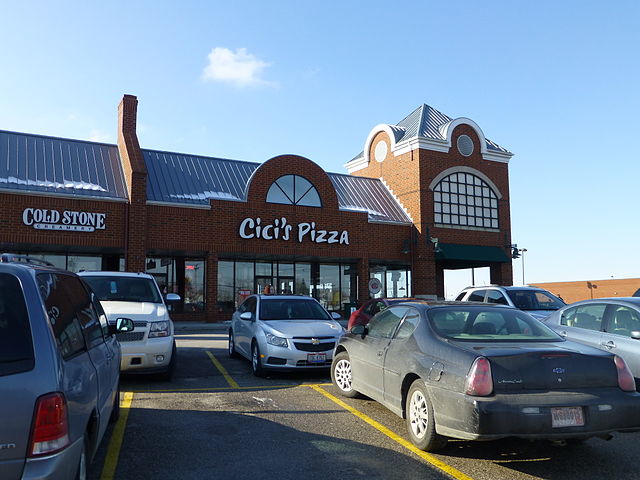 This Texas-based pizza chain became quite popular for its pizza bar and adjacent arcade rooms that blended together to create a fun atmosphere for the whole family. In fact, Cici’s Pizza was voted America’s Favorite Fast-Casual Pizza Chain in 2017. 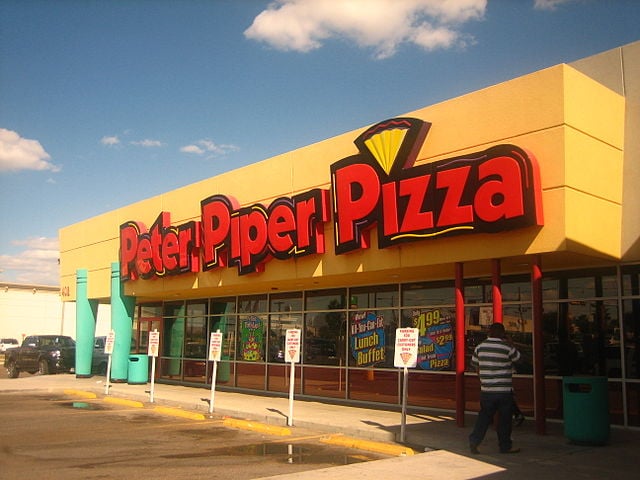 Most people associate pizza with the kid-oriented environment at Chuck E. Cheese’s–but the company took it a step further by acquiring the Peter Piper Pizza chain in 2014. Peter Piper Pizza maintains a similarly kid-friendly, festive environment, often featuring game rooms with arcades and even playground equipment.

In an effort to stay current, Chuck E. Cheese’s has diversified their menu and improved their hospitality training in order to appeal more to adults. 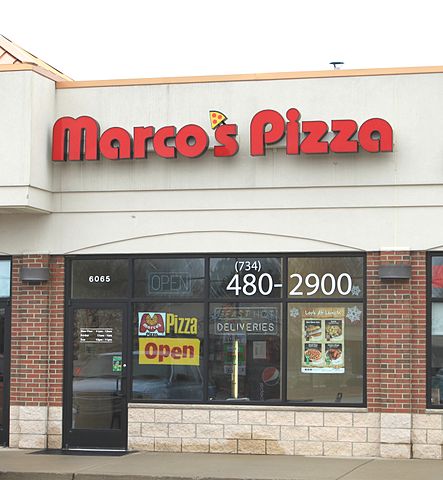 One of the fastest-growing pizza chains in the United States, Marco’s Pizza is known for its generous portions and fresh ingredients chopped and prepared right in their kitchens. Pasquale Giammarco, the Italian immigrant who founded the company, says that he eats pizza himself almost every day.

Don Vicek, the company’s’ Vice President of Purchasing, has stated: “We are the only chain of any size that was founded by someone who was born and raised in Italy.” 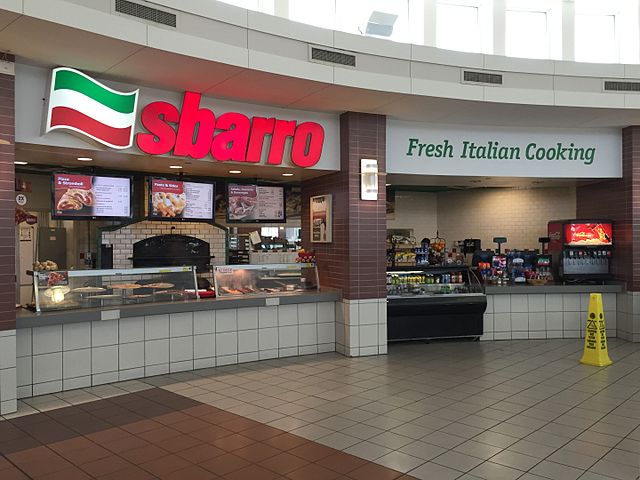 The origins of Sbarro actually go back to when Gennaro and Carmela Sbarro ran an Italian salumeria, and she whipped up some pizza slices to provide their workers with a quick meal. The slices were so popular that the couple opened their own New York style pizzeria.

Sbarro restaurants are most frequently found in shopping mall food courts throughout the United States, leading many to wonder if the company will fade in wake of the shopping mall decline. 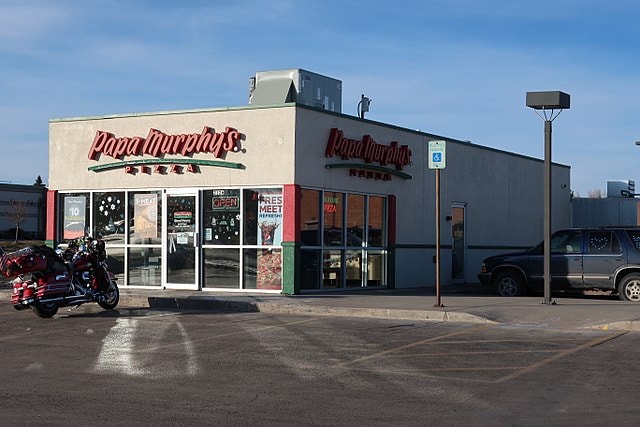 This take-and-bake pizza company was formed by the merger of Papa Aldo’s Pizza and Murphy’s Pizza in 1995. People love the concept of being able to order a pizza that they can bake at home at their convenience so much that Papa Murphy’s has been nominated the best in America.

Papa Murphy’s Pizza prides itself on quickly building customers’ pizzas using only the freshest ingredients, and their establishments do not even have ovens or freezers! 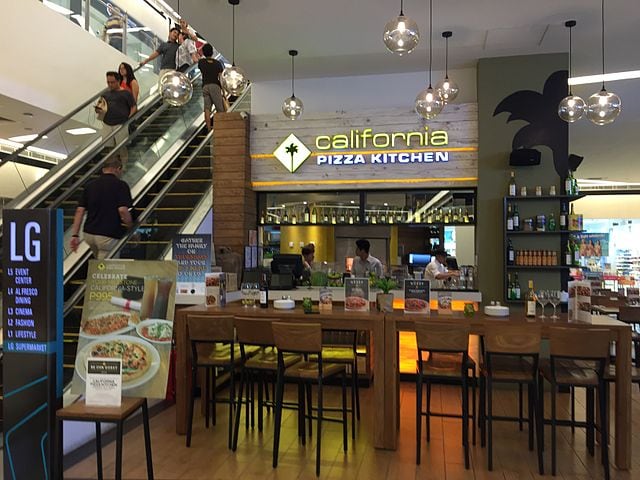 California Pizza Kitchen is known for popularizing California-style pies and spicing up their pizzas with inventive and unusual toppings. Aside from providing pizza in a restaurant setting, this company also manufactures frozen pizzas for grocery stores.

California Pizza Kitchen is said to have been the first chain to create the now-popular BBQ and Thai chicken pizzas, but it didn’t stop there. It also serves Unagi pizza in Japan and pork belly pizza in China! 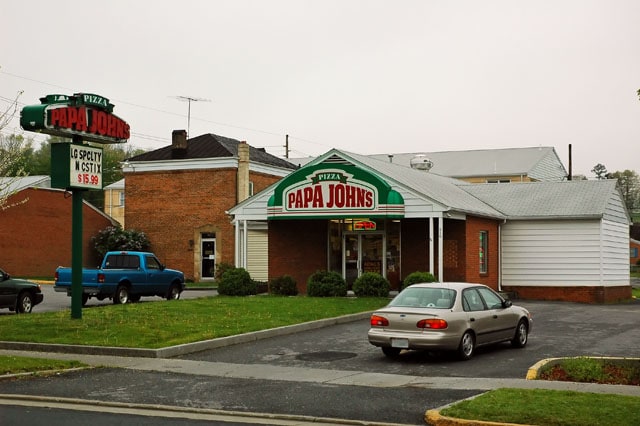 The first national pizza chain to offer online ordering, Papa John’s claims to use fresher ingredients than its rivals. The company has seen plenty of controversy over the past few years, including accusations of a highly toxic work environment. The franchise has taken steps to improve its treatment of employees, including a program offering free college tuition for some of its employees. 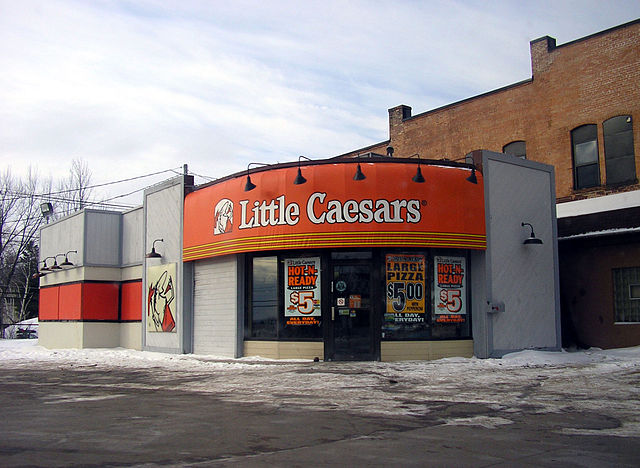 Married couple Marian and Mike Ilitch poured their life savings of $10,000 into the founding of Little Caesars, along with an endearing personal touch: “Little Caesar” was Marian’s pet name for her husband. The pizza chain exploded in popularity, and was regarded for years as the fastest-growing pizza franchise in the United States.

Little Caesars’ catchphrase “Pizza! Pizza!” first came about in 1979 to promote the great deal of two pizzas for the price of one. 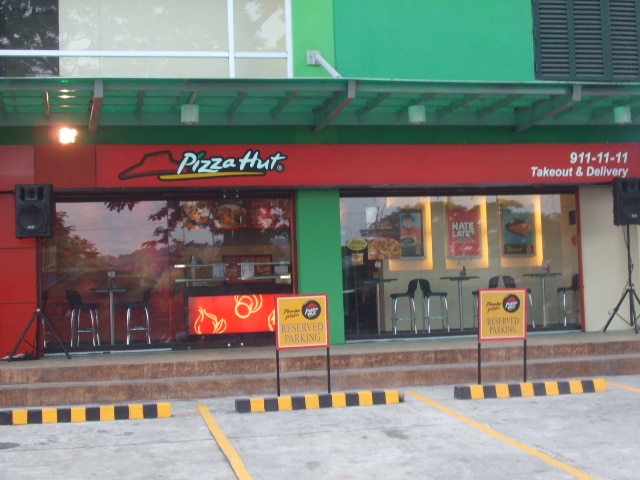 When the Carney brothers were given the advice to open a pizza parlor, they saw an excellent opportunity to establish themselves in the community. They borrowed $600 from their mother to get started, and offered customers free pizza on opening night. The chain has continued to set itself apart with novelties such as pan pizza and stuffed crusts.

While most Americans think of Pizza Hut as fast food, the Chinese business model kicks things up a notch with a fine dining atmosphere and tables set with silverware. 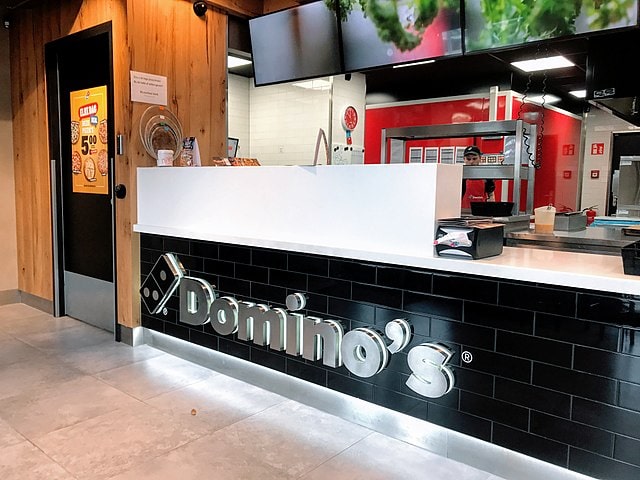 Domino’s is the largest pizza chain in the world by gross sales. The pioneer of fast pizza delivery and the “30 minutes or less” pizza delivery concept, this iconic pizza chain began when the Monaghan brothers started running a local pizzeria called “Dominick’s”. What began as a small-town restaurant has since expanded to 15,900 stores in more than 85 countries worldwide.

While Domino’s is best known as a pizza delivery chain, it makes a massive chunk of its revenue by selling dough, ingredients, and toppings to other establishments.