For countless centuries, statues have served as a way for people to commemorate important events and honor monumental figures. In every corner of the world, these structures allow the legacies of past generations to live on. Statues are often used as landmarks and points of reference as well.

While many statues stand larger than life, you might be wondering just how tall the largest of them can get. Today, we’ll be taking a look at the 10 largest statues in the world by height, and learning some fun facts about what each one represents. 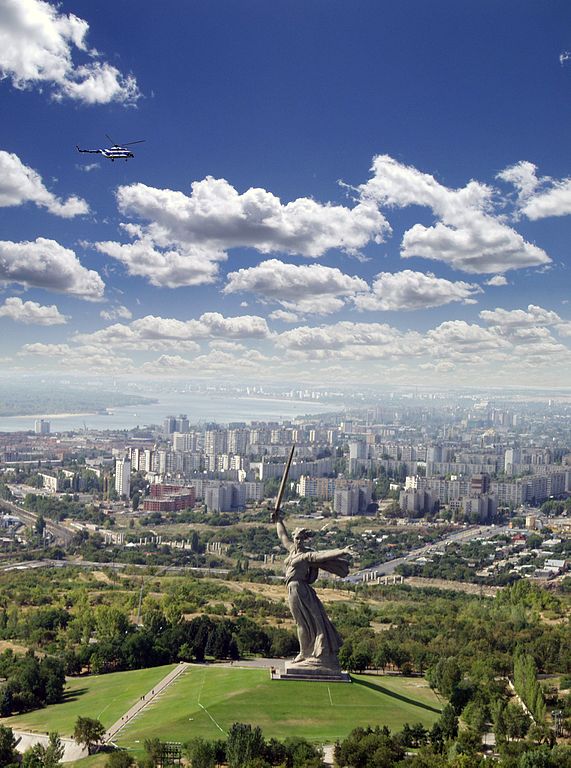 This graceful-yet-powerful monument stands with her sword raised to the sky in memory of the Battle of Stalingrad and the Soviet victory during World War II. Also known as “Mamayev,” this statue is included in the Seven Wonders of Russia. It was the largest statue in the world in 1967 when it was built. Although it’s since been surpassed by other monuments, it remains one of the largest statues of a woman worldwide.

“The Motherland Calls” is actually part of an entire monument-ensemble known as “Heroes of the Battle of Stalingrad”. 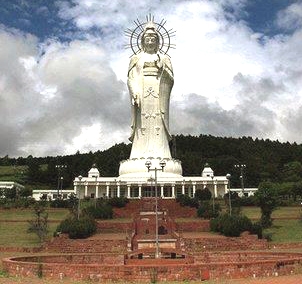 Also known as the Hokkaido Kannon or the Byakue Kannon, Dai Kannon was the tallest statue in the world when it was first established, holding that record until the year 1991. This statue isn’t just remarkable from the outside, either–the statue contains over 20 floors and an elevator within! Shrines and places of worship are located on several of these floors, offering visitors the chance to stop and show their appreciation.

Construction of the Hokkaido Kannon lasted from 1975 to 1989. 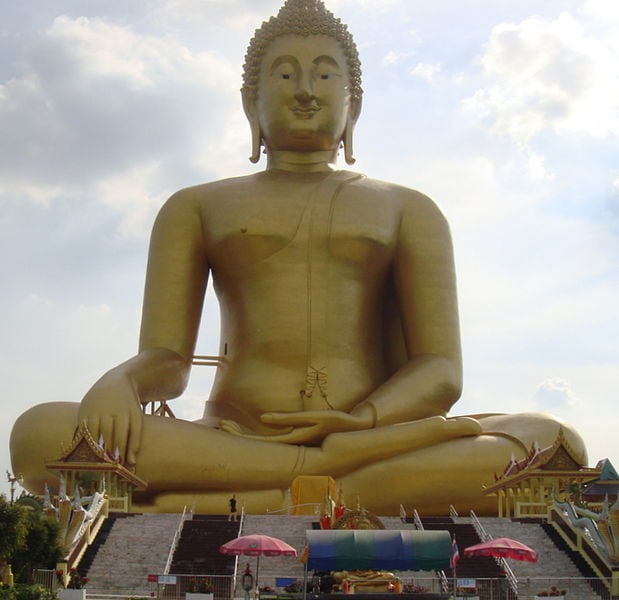 This magnificent Buddha statue is formally called “Phra Buddha Maha Nawamin” and “Mahaminh Sakayamunee Visejchaicharn.” However, it’s simply referred to as “The Big Buddha of Thailand” by those who find the local names to be too much of a mouthful. This awe-inspiring monument is finished with golden paint and casts a chilling shadow over the surrounding garden’s depictions of the Buddhist Hell.

This statue is located in the Ang Thong province, the name of which translates to “golden bowl,” in reference to its lucrative rice fields. 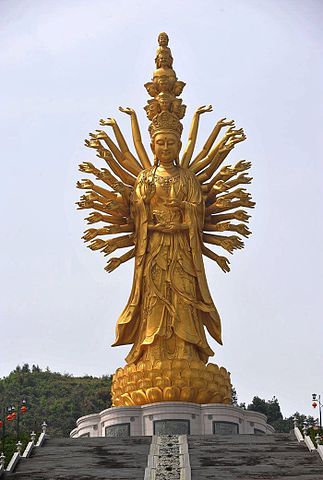 This gorgeous statue depicts Avalokitesvara, also known as Guanyin, the Buddhist bodhisattva associated with compassion. The statue was built by the Ningshan County Government with added financial assistance from local religious organizations and businesses.

According to Buddhist Legend, Guanyin sought to rescue all of humanity from reincarnation, but became overwhelmed by the task until her head was split into eleven pieces–each of which formed a new head. 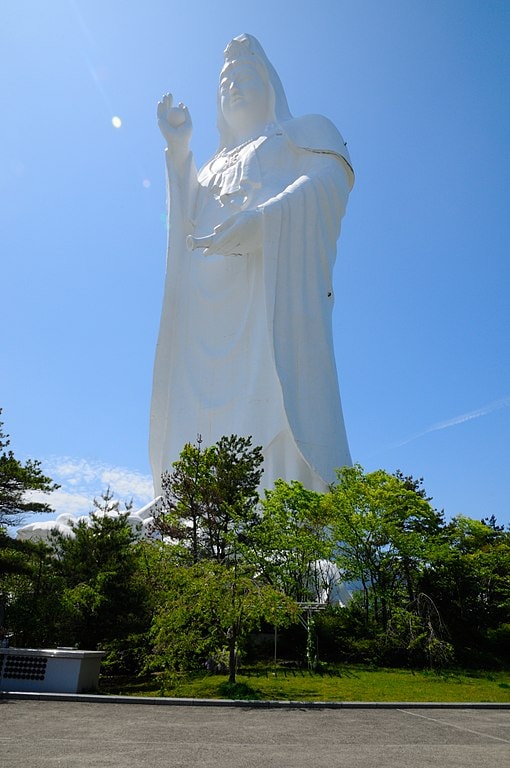 An alternative depiction of Avalokitesvara, the Bodhisattva of Mercy and Compassion, this pristine white monument towers above Izumi ward in the center of Sendai City. The Kannon is actually revered as a genderless figure, and is often depicted as a feminine goddess sitting or standing on a lotus, the symbol of purity.

This beautiful statue of Kannon contains an elevator that connects 12 floors inside. Visitors can travel to the top for a breathtaking view of the city and the Pacific Ocean. 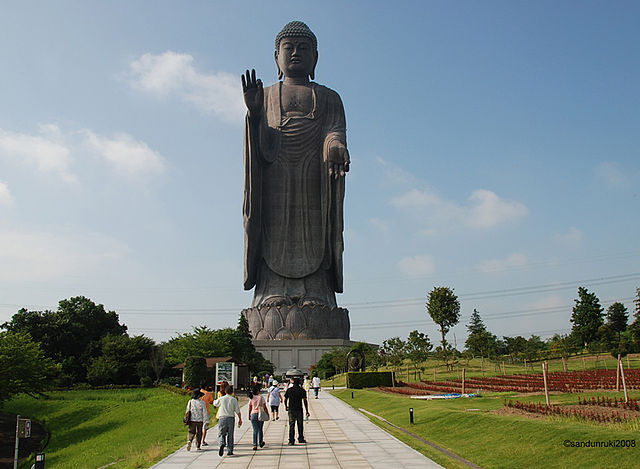 Found within the Ibaraki prefecture, this impressive bronze-plated monument contains a cauldron of incense and four floors with observation decks and windows. The statue is surrounded by beautiful gardens and a pond full of fish, which add to the carefully-cultivated air of serenity and peace.

The figure depicted by the statue is often referred to as the “Buddha of Infinite Light,” and is known for his long list of good deeds spanning across many lifetimes. 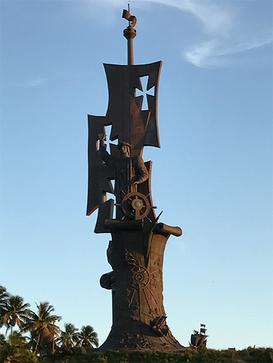 The Birth of the New World is the largest attraction in Puerto Rico and the tallest in North America, even dwarfing the world-famous Statue of Liberty. This statue was crafted by Russian sculptor Zurab Tsereteli to overlook an area that is intended for the upcoming adventure complex TerraVista Park.

This colossal statue weighs 6,500 tons and is built from 2,500 pieces of bronze, steel, and copper. 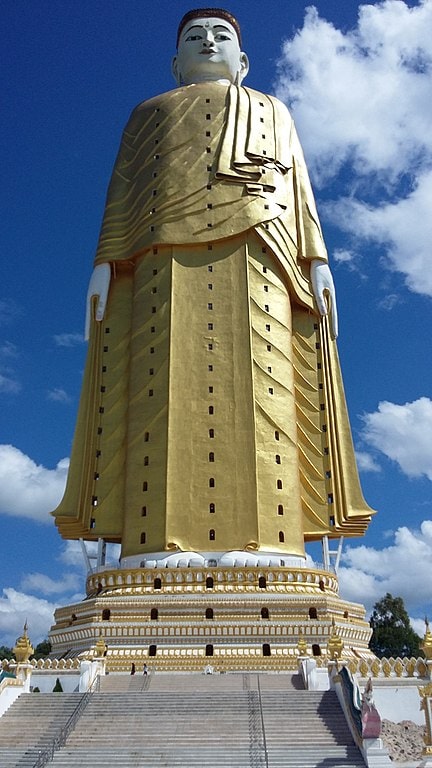 Located in Khatakan Taung, this astounding, gilded statue is far more than an enchanting attraction that attracts tourists in troves. The Laykyun Sekkya Standing Buddha statue is sacred to Buddhist locals, who revere it as a site of worship. Surrounding the statue are countless Sitting Buddhas, bodhi trees, and intricate gardens.

The Laykyun Sekkya contains 27 floors and is located close to Mandalay, which is considered to be the Buddhist center of the country. 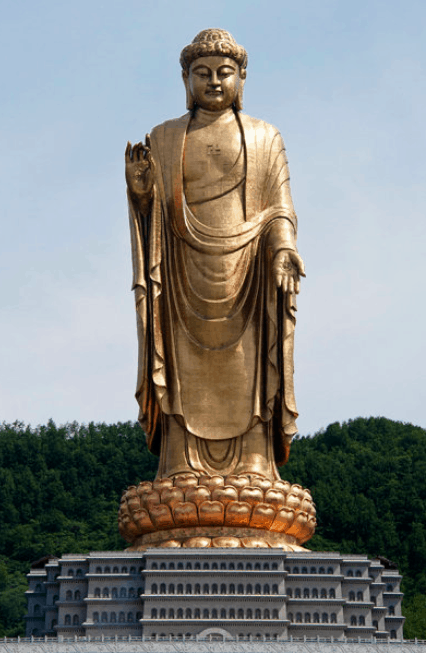 The construction of the Spring Temple Buddha required over hundred kg of gold, 3300 tons of copper alloy, and 1,500 tons of steel. 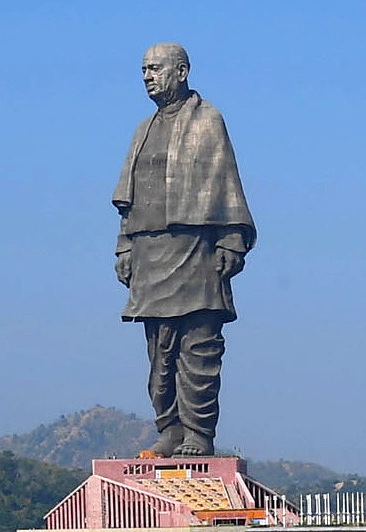 The Statue of Unity is the largest statue in the world by height. This staggering, impressive landmark is twice the height of the Statue of Liberty, and required a workforce of 3,000 people to build. The depicted figure, Sardar Vallabhbhai Patel, is honored for his work in uniting the 562 princely states of India to form the single Union of India–and all without the use of armed conflict.

The statue is built with three layers: reinforced cement concrete, steel, and bronze.