Big colleges are a big deal in America. They produce leaders in the states where they are located and draw millions to watch their sports teams in action. They are usually publically funded institutions and so can offer lower tuition than the more famous private schools. The public funding supports building large facilities that allow for large class sizes and satellite campuses located some distance from the main grounds. Some schools are expanding enrollment by offering online classes, automatically accepting students who graduate from a local community college and offering degrees in a wide range of disciplines. 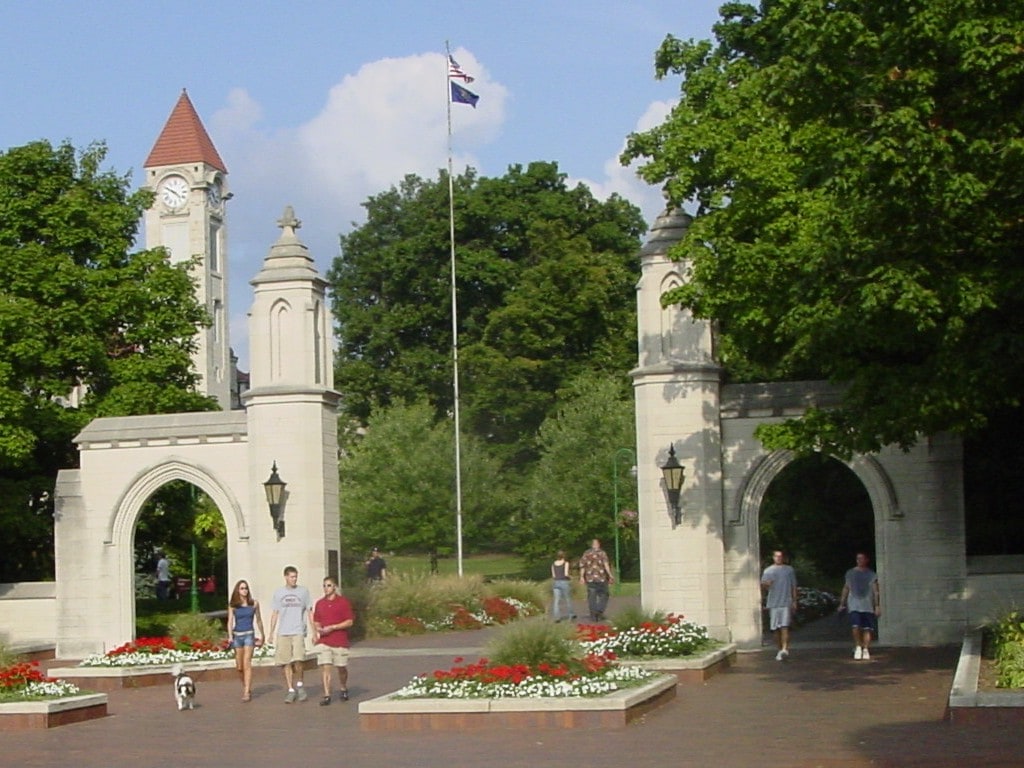 Indiana University is best known as a college basketball power and their legendary basketball coach Bobby Knight. The school’s basketball team won five national championships (1940, 1953, 1976, 1981, 1987). The 1976 team went undefeated, the last team to do so in the sport.

Less known is the quality of education the students receive. IU is consistently ranked as one of the top 50 public universities regarding educational performance.

The nickname for residents of Indiana is the same as the school sports teams’ nickname, “Hoosiers.” There are no universally accepted meanings or origins for the word. 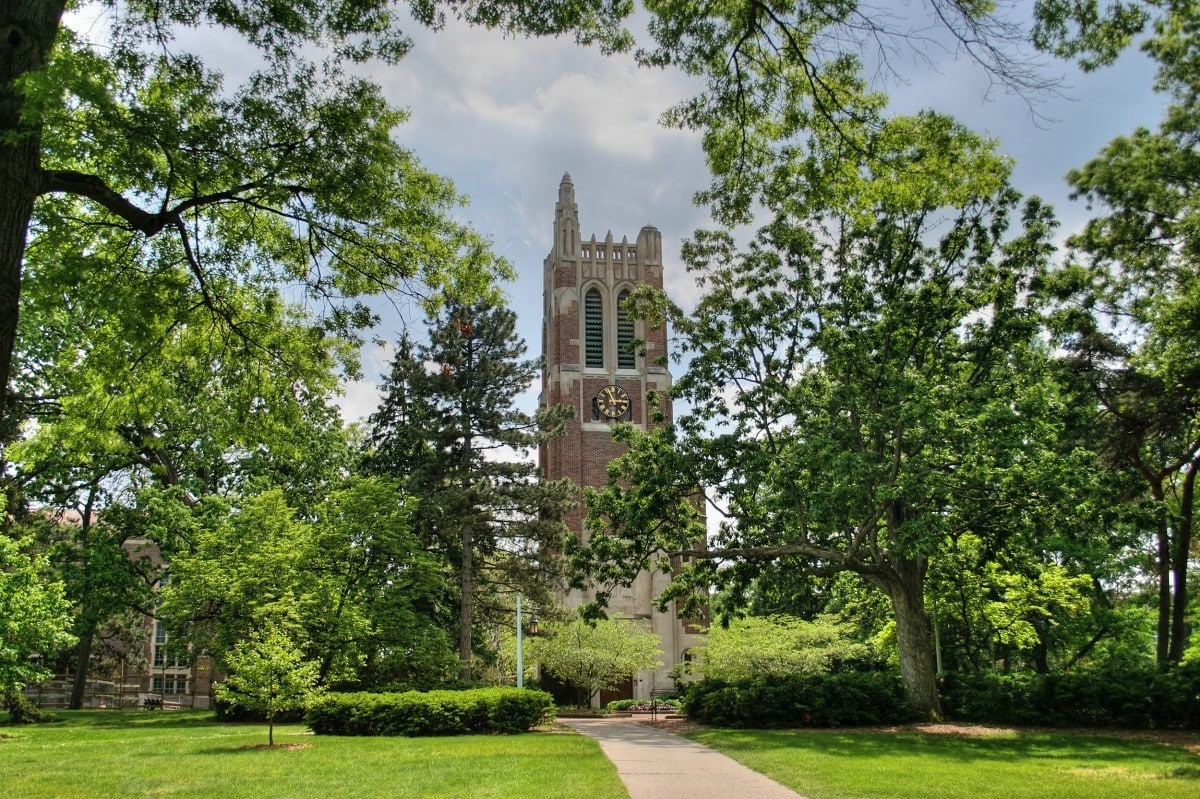 Michigan State University (MSU) is one of two large institutions of higher education in the state of Michigan. The Spartans are known for their success in college athletics, though they exist in the shadow of the more nationally known University of Michigan Wolverines.

The school was founded as a land-grant institution; however, it stands out for research carried out in several disciplines. One of America’s most famous Nobel laureates, Alfred Hershey, graduated from and worked at the university. MSU is consistently ranked in the top 30 among public universities in academic performance.

Beginning the 2010 academic year, MSU had a satellite campus in Dubai, UAE. However, the campus closed within a year. 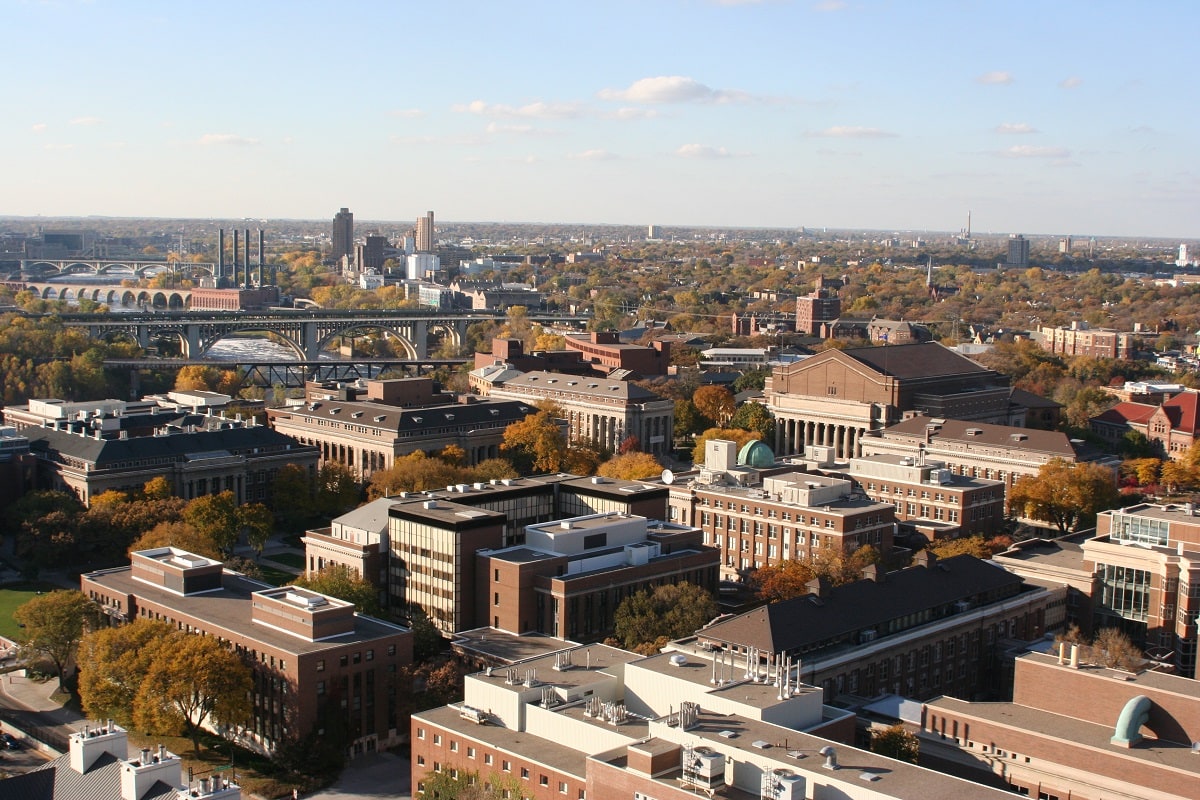 The school is one of the top research universities in the United States. Throughout the school’s history, its faculty have developed some inventions that many of us use daily.

In athletics, the school is a power in ice hockey, winning several national titles. In men’s and women’s US Olympic hockey, many team members have attended UM. Its football program is one of the oldest in college sports.

Nobel Prize-winning singer Bob Dylan attended UM (though he did not receive a degree). 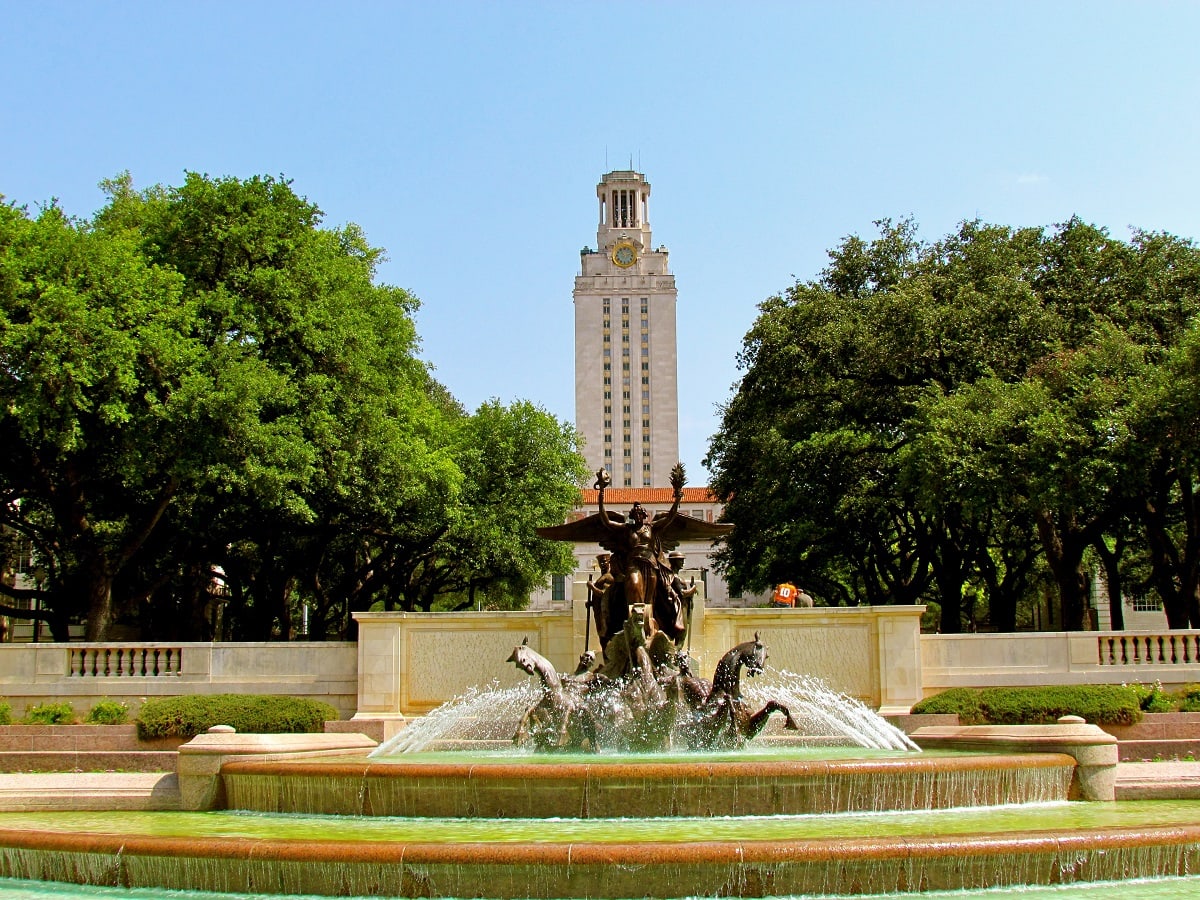 For a school known nationwide for its football program, UT Austin is in fact one of the top academic institutions in the country among public schools. Its law school is ranked among the top 20 for public or private schools and its school of public affairs, named after President Lyndon B. Johnson, is also highly regarded. In 2016, US News and World Report ranked UT’s Latin American History program as the best in the nation.

Some are used to hearing “best in the nation” regarding the UT Longhorns football team. The school has won nine national titles and is regularly ranked among the top ten in the country.

UT is home to the Lyndon Baines Johnson presidential library in addition to the school of public affairs named after him. 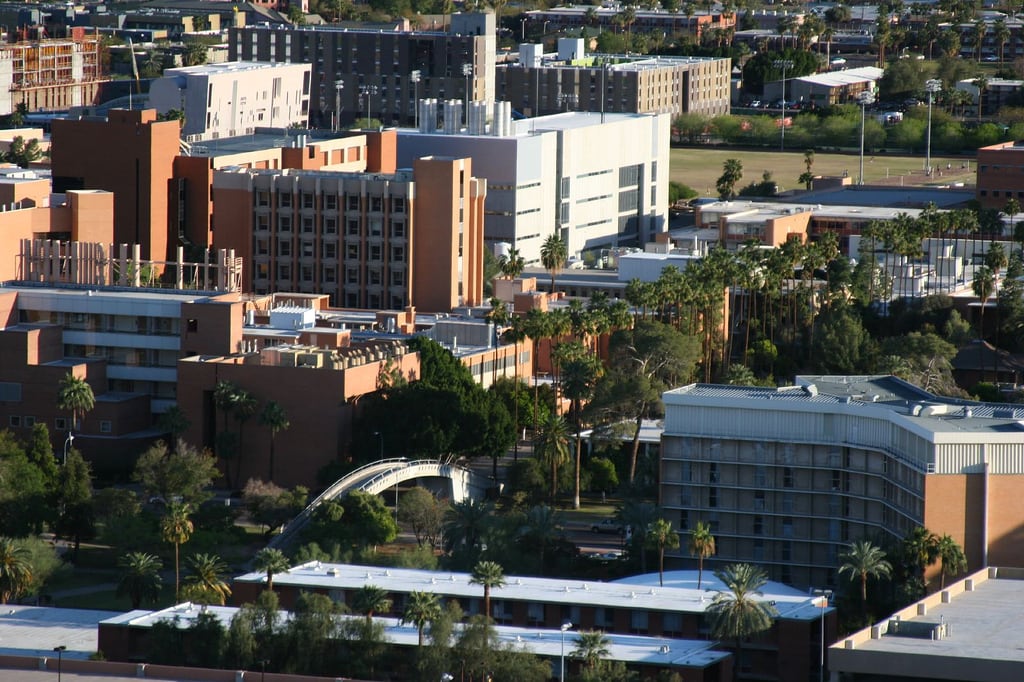 ASU’s growth as an institution may be due to efforts the school makes to play down its reputation as a “top party school” by focusing on innovation. Also, the school leadership has a new outlook on the school’s mission. US News and World Report asked several college administrators and faculty nationwide which school was doing the most to find new and successful ways of educating kids. ASU has ranked at the top each time since the periodical began asking the question in 2016.

When you include enrollment figures for ASU’s three other campuses, the total enrollment exceeds 100,000 students. 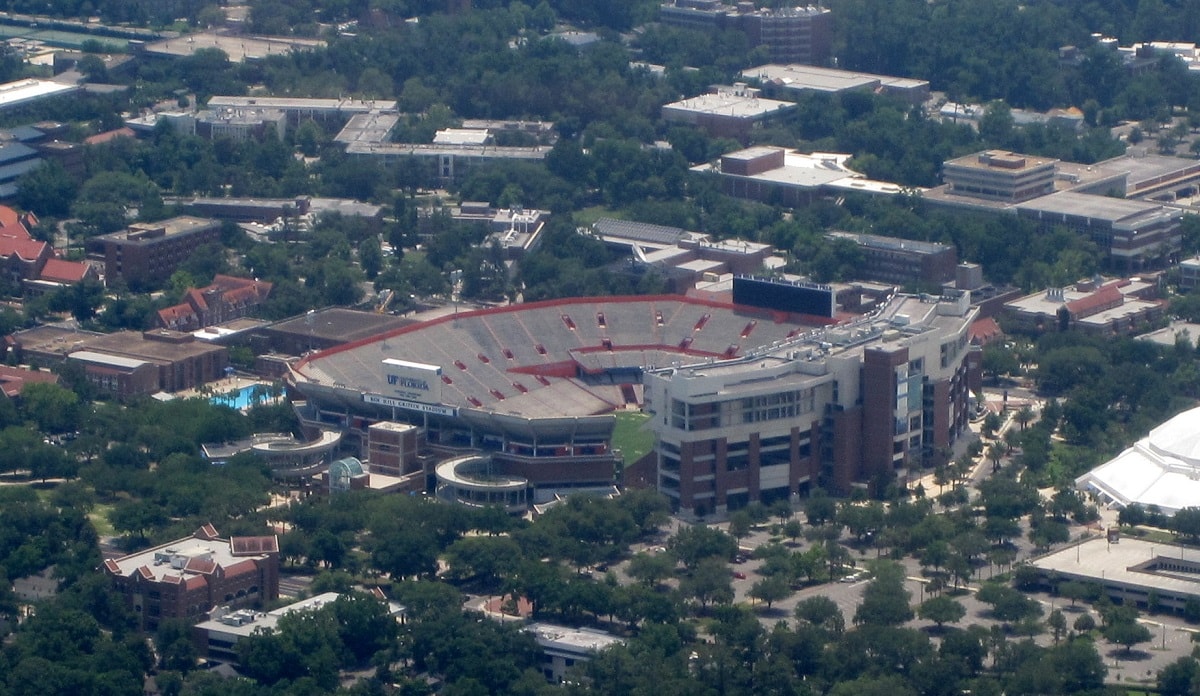 UF is the third-largest public university in Florida. However, it is the first ever Florida institution to earn a place in the US News’ top ten for public colleges, accomplishing the feat in 2017. It is the state’s top research institution. According to one study, the research performed at UF accounted for 100,000 jobs in the state (outside of the jobs within the university proper). The primary areas of research include biomedical, ecological and oceanographic.

The school is well-known for its athletic programs as well. UF graduates have won 126 Olympic medals. Its football, basketball and track and field programs have won national championships.

UF has the largest presence of Jewish students on campus among American colleges. 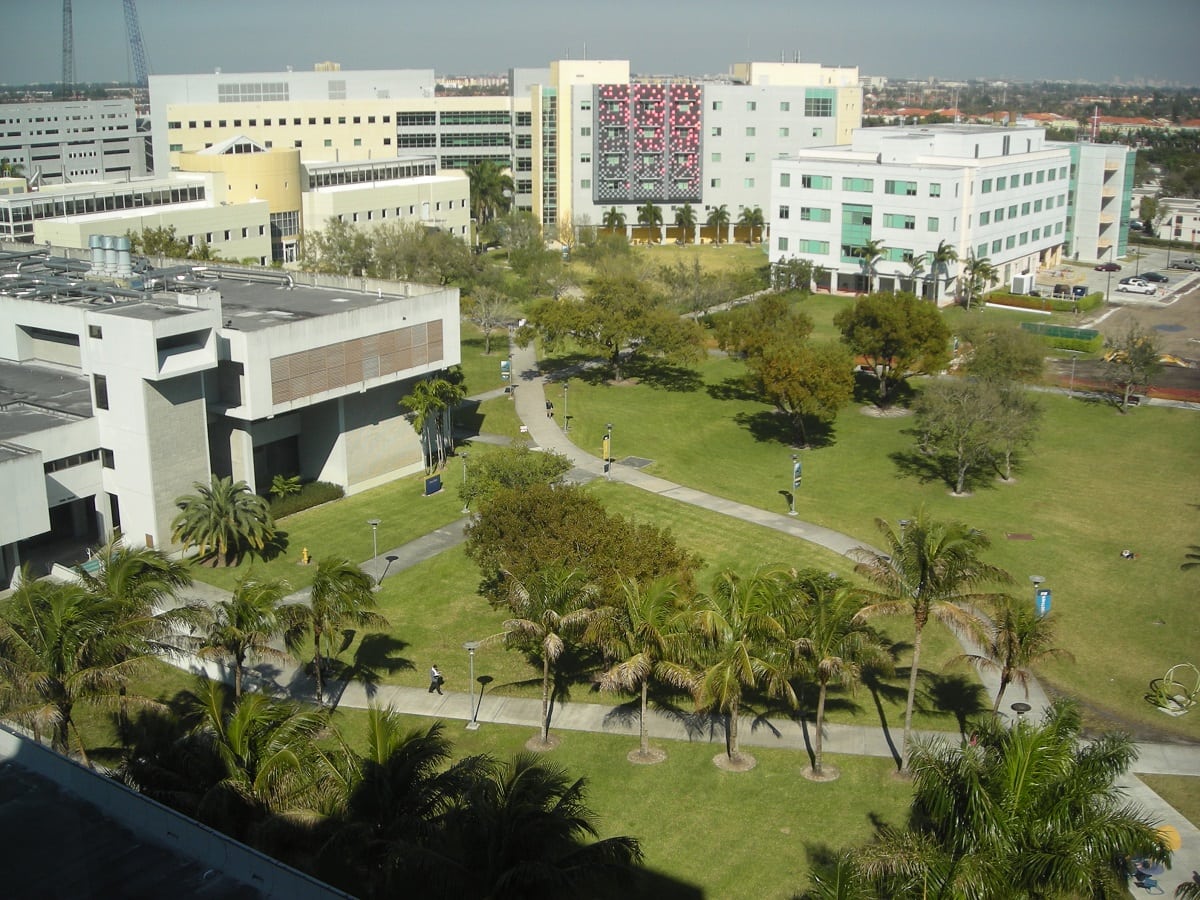 For years, the University of Miami was the only large, four-year institution in Miami. Several public officials asked the state government for funding to build a public university in the city to better serve the population. Finally, in 1965, the state started construction on FIU. The school is a liberal arts and research institution that emphasizes the needs of providing educated workers for the business community in Miami. The school has a school of Hospitality and Tourism Management as well as a medical and law school.

Entertainers working for the Royal Caribbean cruise lines train at a special facility built on the FIU campus. 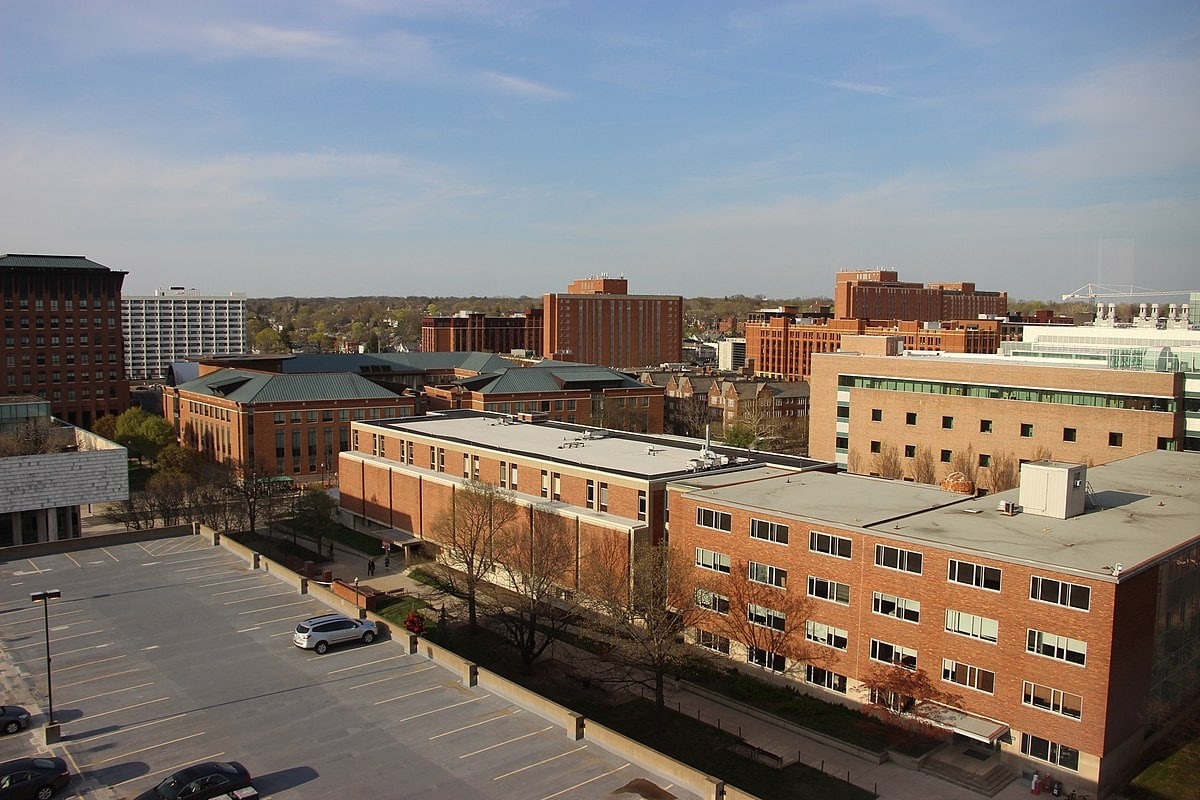 OSU’s national profile is that of an athletics powerhouse. The football team is the flagship, with eight national championships. Consistently, former OSU football players move on to play professionally. Seven times OSU athletes have been named the sport’s top player, more than any other school except for Notre Dame. The school’s women’s volleyball team won consecutive championships in 2016-17.

The school has a robust focus on research. It ranks among the top 20 public institutions in research expenditures. The fields of research includes agricultural studies, sustainability, astronautics and engineering. 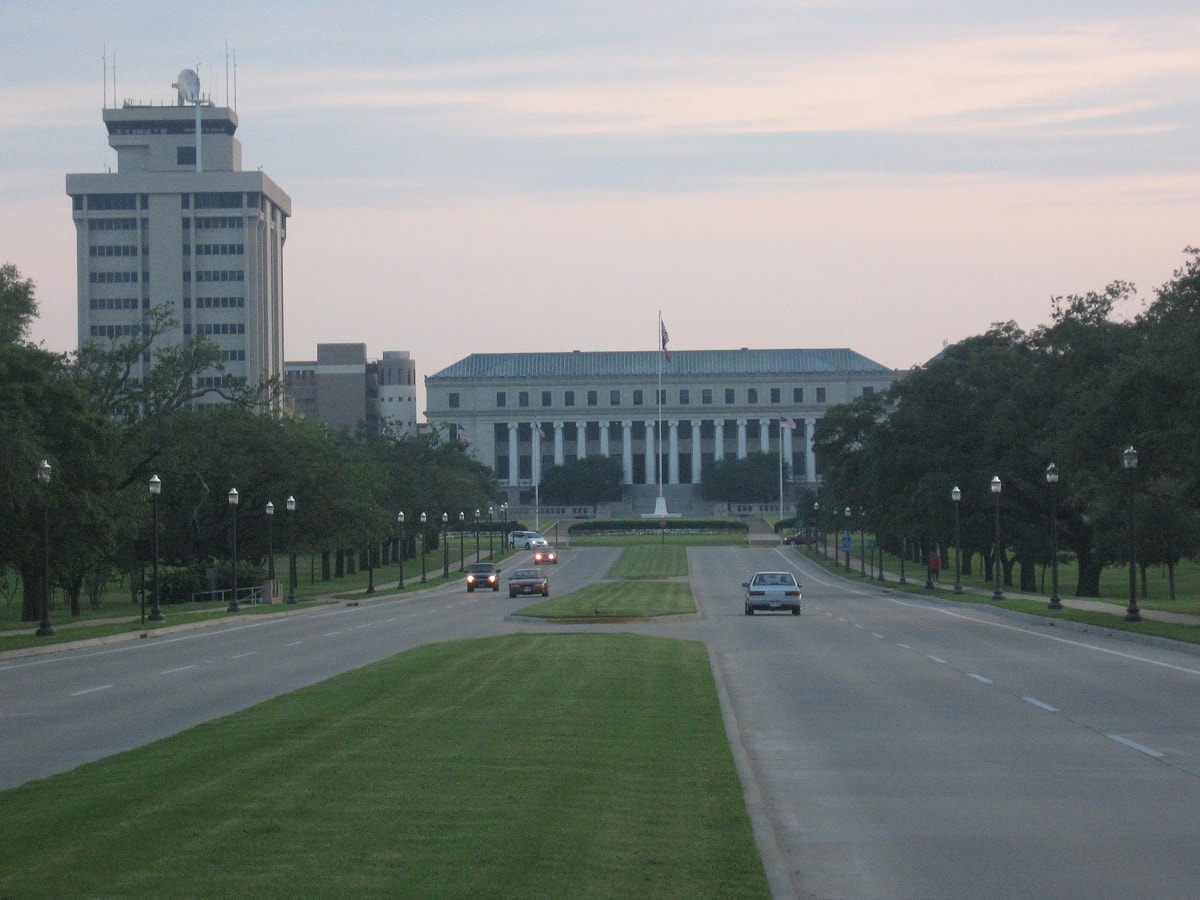 Texas A&M is the largest university in Texas. It is one of six “senior military colleges,” where cadets studying to become military officers study alongside civilian students. Prior to the 1960s, one had to be a male cadet to attend. Since then, the school became co-educational and students no longer have to be cadets. The focus of the institution is now on a wide range of academic subjects. It is the home of the George H. W. Bush presidential library. In 2013, A&M purchased the Texas Wesleyan School of Law and incorporated the discipline into its graduate program. A&M also has a large health sciences program including a medical school.

12 students died in 1999 when a 59-foot stack of logs collapsed. The stacking and burning of wood for football games continues to be an annual tradition. 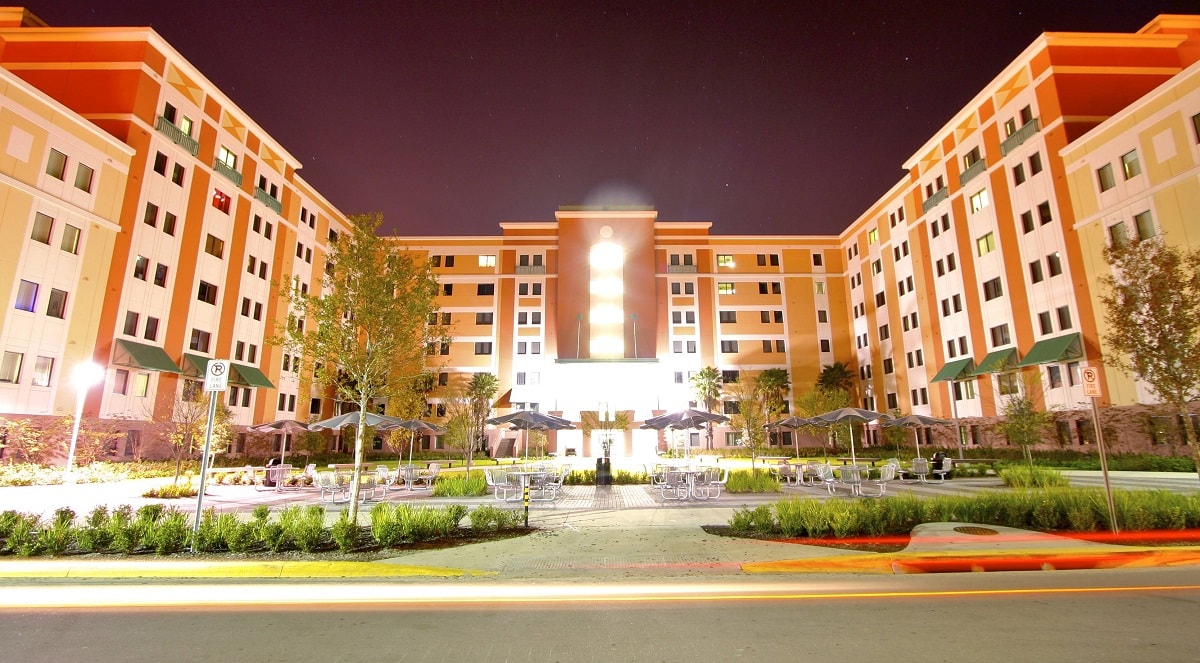 The UCF has the largest student population of any four-year university in both Florida and America. Initially, the Florida legislature approved the creation of the school to offer support to NASA at nearby Cape Canaveral. Since then, the school has expanded its mission to include support for the major industries in the state and committing to offering education to a wide range of students.

In 1992, the school had only 18,000 students, many of whom commuted to class from home or work. The then school president pushed for expansion on several fronts, including the granting of more graduate degree programs, online education and a new, top-division ready football stadium. These efforts were instrumental in increasing student enrollment.

The UCF football team went from being winless in 2015 to being undefeated in 2017.