Few objects in the known universe are as captivating and mysterious as black holes–or as mind-bogglingly dense and massive! Black holes are so huge and impossible to access that they can be hard to measure. Since each different evaluation method has its own quirks to account for, there’s also a massive margin of error.

Nevertheless, scientists have managed to put together some fairly good estimates of just how sizeable the black holes in our known universe are: So today we’ll learn a bit about 9 of the largest ones! To give you a clearer idea of the sheer scale we’re looking at here, these mass estimates are measured by solar mass, where 1 = the mass of one sun! 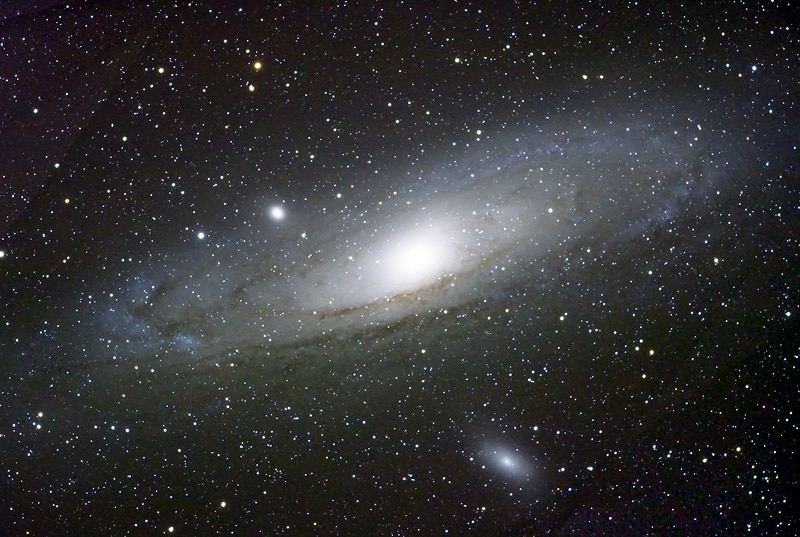 Our first black hole lies at the heart of the gigantic superluminous quasar known as SDSS J0100+2802, with its massive accretion disk of matter burning more brightly than that of any other known quasar. J0100+2802 is said to have formed approximately 900 million years after the Big Bang.

J0100+2802 has around 3,000 times the mass of Sagittarius A*, the supermassive black hole that sits at the center of our Milky Way galaxy! 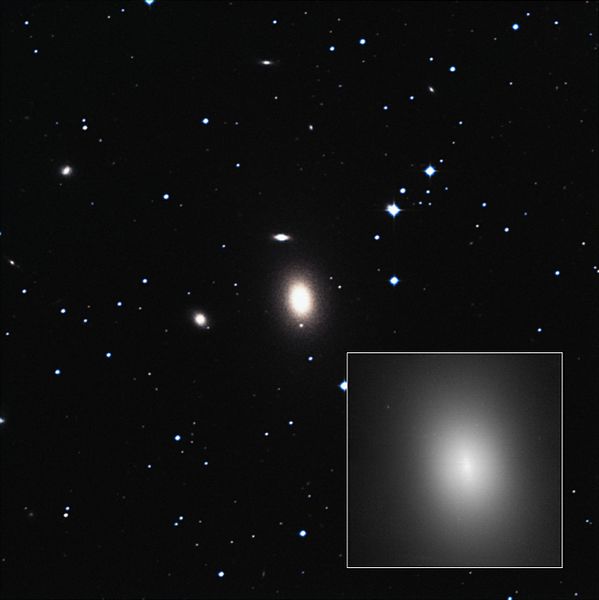 NGC 1600 is often described as an isolated early-type galaxy, despite being very old and displaying a very low rate of star formation. The black hole at the center of NGC 1600 has been observed to currently lie dormant, emitting no noticeable radiation.

This black hole also stumps researchers somewhat, as it isn’t surrounded by the usual high concentration of stars and exists in a somewhat “starved” environment with very few stellar neighbors.

NGC 1600 is also unique in that, while it appears to be a supermassive black hole, the surrounding stars behave as if it were actually a binary black hole. 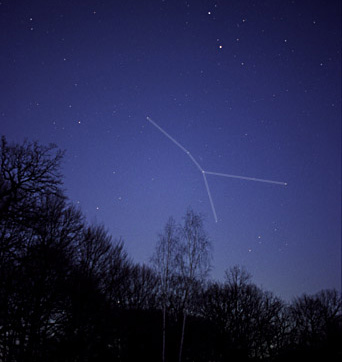 OJ 287 is a BL Lacertae or “BL Lac” object–a type of galaxy featuring an active galactic nucleus, and was first detected by radio wavelengths. The OJ 287 black hole displays a distinct 11-12 year periodic variation in its optical light curve, which suggests that it is a binary supermassive black hole. Measurements were conducted to determine the mass of the primary black hole, which were then used to speculate on the size of the lesser black hole that orbits around it.

A collaborative study in 2016 resulted in a multinational team of researchers narrowing down their measurement of OJ 287 to an accuracy closer than 1%! 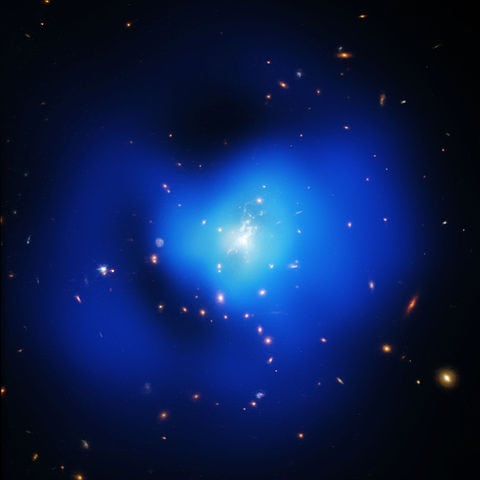 This black hole is located in the core of the central elliptical galaxy of the Phoenix Cluster: a type I galaxy cluster so huge that its stellar halo reaches 1.1 million light years out from its center.

The Phoenix Cluster’s central galaxy boasts an impressive star creation rate of 500-800 solar masses per year. The black hole at its center retains a mass equal to that of two entire dwarf galaxies and contains a high concentration of hot gas that cools at an unusually fast rate.

The Phoenix Cluster produces more X-rays than any other known massive cluster, 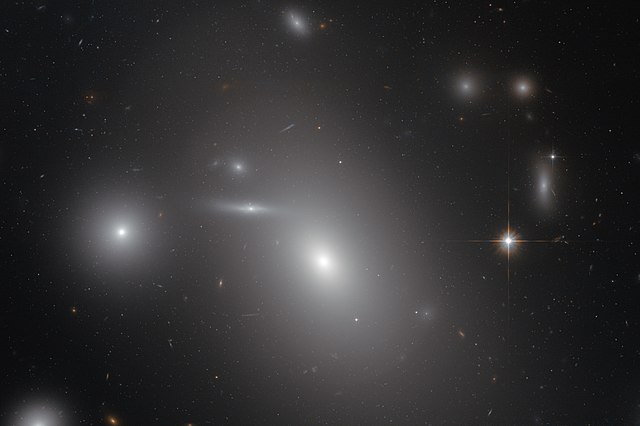 Located in E4 supergiant elliptical galaxy NGC 1889, or “Coma B”, this black hole retains 5,200 times more mass than the central black hole of the Milky Way galaxy! NGC 1889 was discovered in 2011, and is suspected to have been a quasar in the past since it’s surrounded by a noticeable amount of ionized medium. 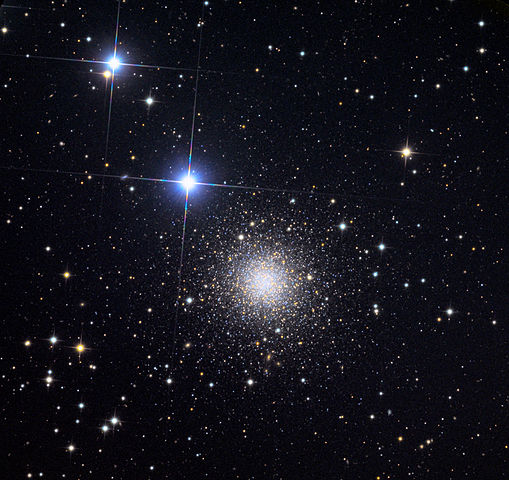 Located in APM 08279+5255, a broad absorption line quasar, this black hole holds special interest due to the massive quantities of water vapor that surround it. This reservoir of water is the largest and most distant from Earth that’s yet been detected–it contains enough water to supply 28 galaxies! Scientists consider this to be another example of encouraging evidence that water is prevalent throughout the universe, even during the early formation of stellar bodies.

Massive quantities of dust and gas are speculated to form a torus around the black hole, while clouds of luminous, charged gas are expelled from the top and bottom. 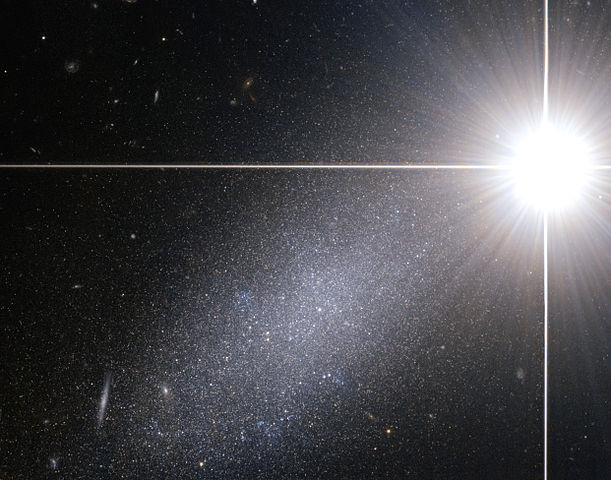 The impressive cooling flow cluster H1821+643 is located within the constellation Draco, and was found in the year 2014. While scientists have speculated that several other black holes might be larger, the black hole of H1821+643 retains its rank because its measurements are more reliable than those of its competitors.

The quasar at the heart of H1821+643 has an unusual cooling effect on the surrounding star cluster, and it’s speculated that its entropy might be locked in a Compton cooled feedback cycle that makes it possible for the black hole to exist. 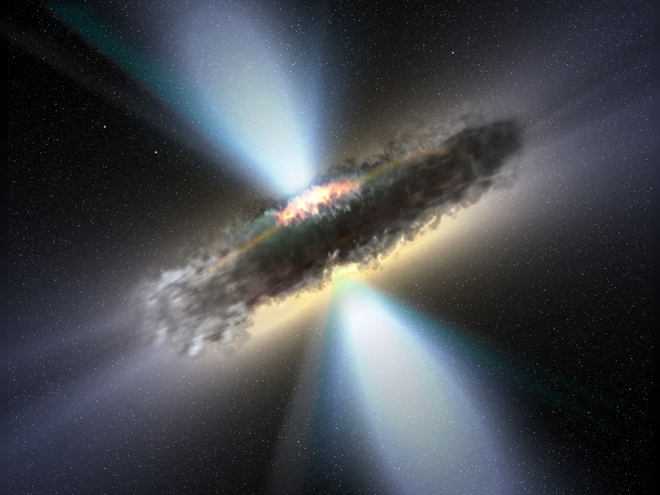 This massive black hole is located in the heart of the sixth brightest known quasar, and would have a physical radius of 800 times the distance between Earth and our sun.

S5 0014+81 is classified as a blazar, which is the brightest of all active galaxies that feature supermassive black holes at their cores. The reason for its brightness is the movement of high concentrations of matter being pulled into the hole.

Aside from its astounding size, S5 0014+81 drew attention after its discovery due to its surprisingly fast growth. 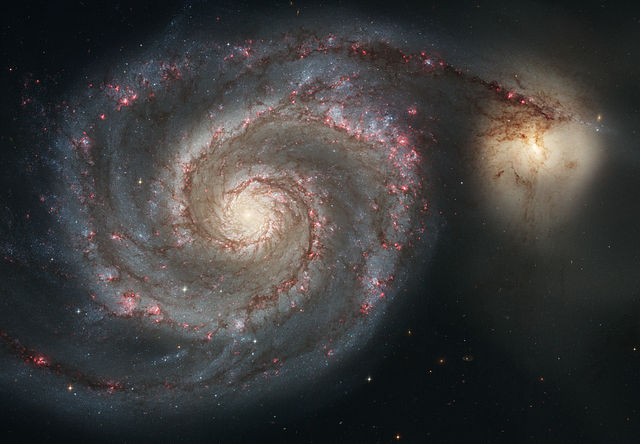 TON 618 is the largest black hole in the known universe. In fact, it’s so large that it has pioneered the classification of “Ultramassive black hole,” and puts forth a lumosity equal to 140 trillion of our suns! TON 618 also boasts an extremely high gravitational pull as a result of its awe-inspiring mass, and might have been formed by the merging of more than one black hole in the past.

Alongside topping the charts as the largest black hole, the light emanating from the quasar TON 618 is ancient as well at an estimated 10.4 billion years old.