Hurricanes cause great devastation whenever they strike, so then, we tend to think of the largest hurricanes as the one that causes the most damage. However, hurricanes don’t have to be massive to cause great losses in lives and property.

Hurricanes have been with humanity forever, but we haven’t always had the capacity to understand them or record their strength and size. So our records on the largest storms may be incomplete.

Scientists believe we are seeing more intense storms if not necessarily larger or more frequent storms.

In this list of largest hurricanes, we will include records for all cyclonic storms including typhoons and we will judge size based on the storm’s radius, not damage or wind speed. 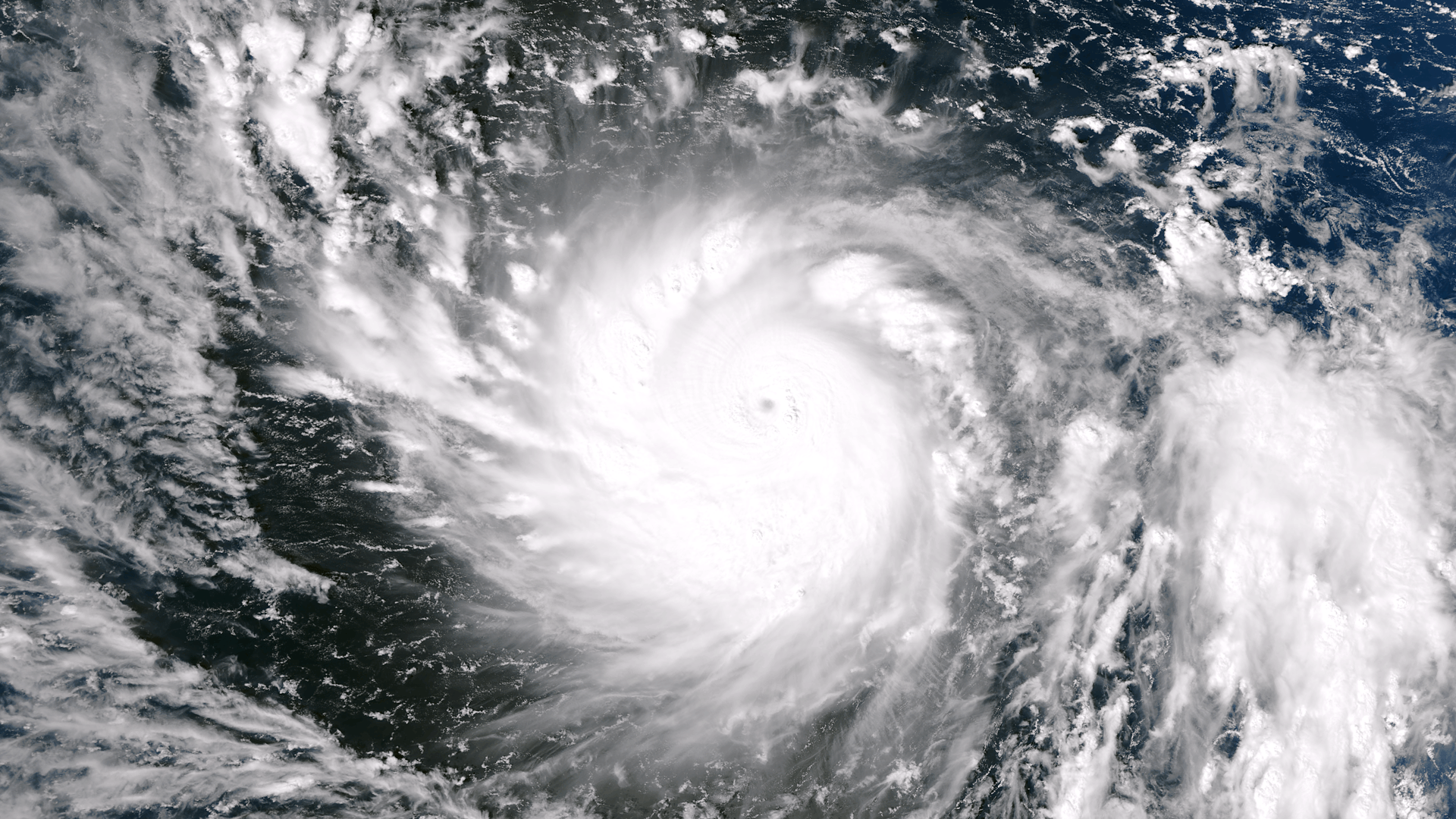 While Yolanda, also known as Typhoon Haiyan, is the smallest on this list, it is one of the strongest storms ever. It is by far the deadliest storm to hit the Philippines, accounting for over 6,000 fatalities and two billion USD in damage in that country.

Yolanda also caused great damage in several other nations in the region as well as South China and Vietnam in Southeast Asia.

The Fast and Furious actor Paul Walker was at an event to raise money for relief efforts on the day he died in an auto accident. 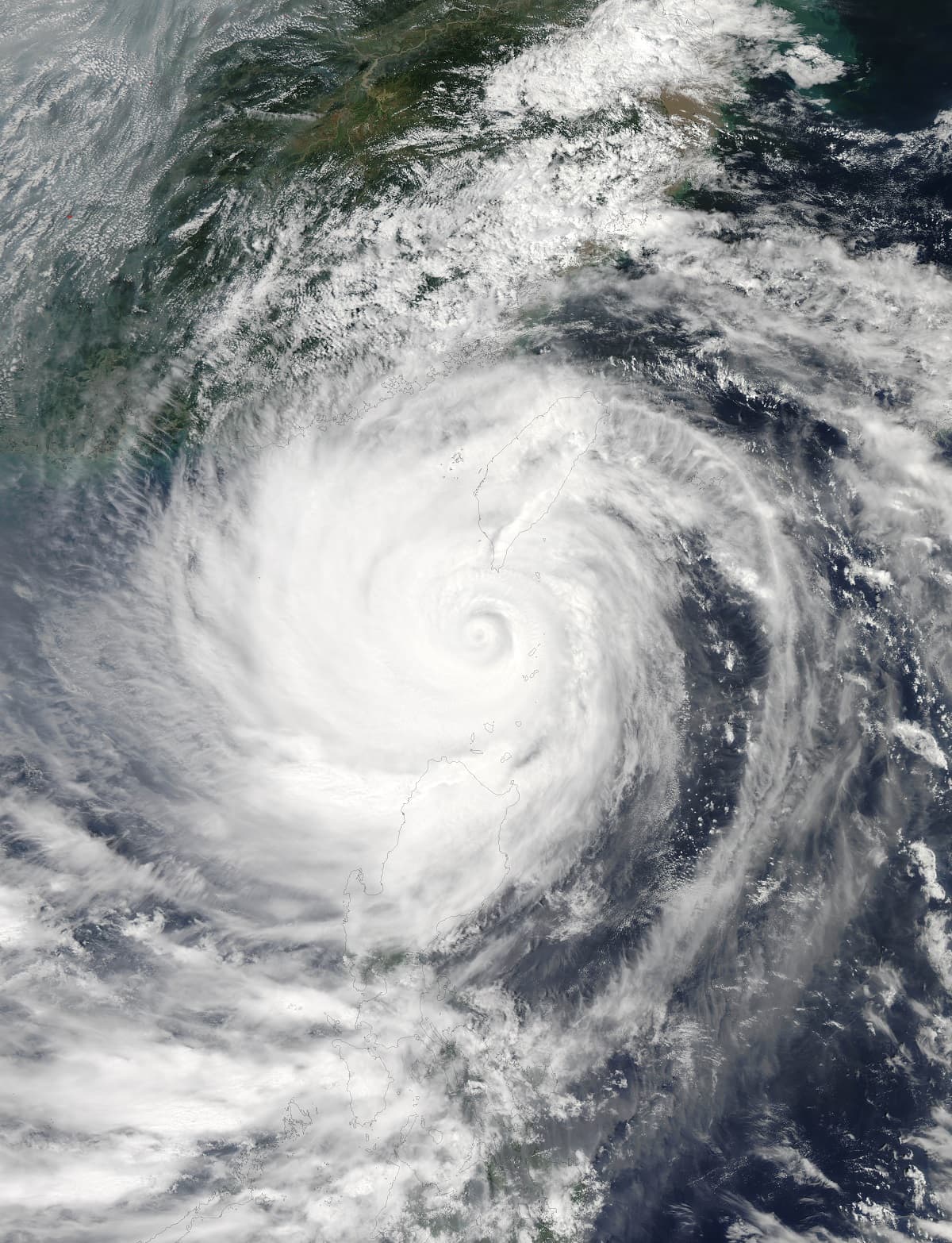 This storm was first identified as a tropical depression off the coast of the Philippines in early September 2013. Within three days, the storm formed a 17-mile wide eye and was upgraded to a category 5 hurricane before making landfall on the Chinese coast.

The storm caused $4.3 billion total across the Philippines and China. There were 33 fatalities in China, with thousands of people made homeless by the storm and billions of dollars worth of crops destroyed. Usagi caused approximately 30 fatalities.

Usagi is a Japanese word which translates to rabbit in English.

Morakot was one of the costliest and deadliest typhoons to hit Taiwan. Its 90 mph wind speed may not seem that dangerous. However, it was the slow moving pace of the storm’s eye that allowed the storm to cause so much damage. It dropped over 100 feet of rain into the country’s waterways, causing extensive flooding. The storm also affected other Southeast Asian countries, including China and Japan. All told, Morakot caused over $6 billion (not inflation adjusted) in damage.

The Taiwanese government was criticized for its response to the storm, which some argued was inadequate. 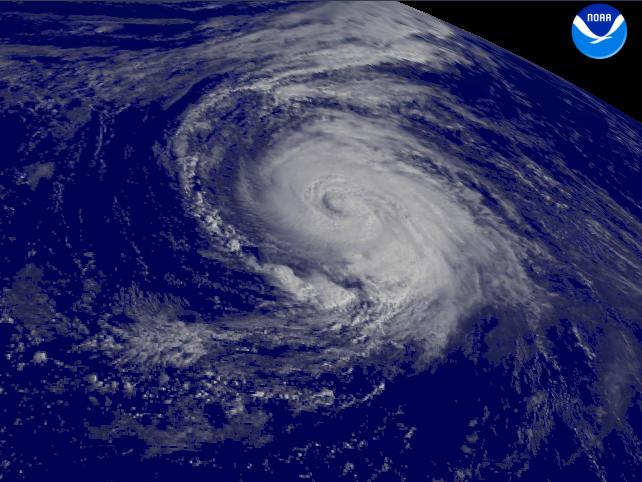 Karl was a large hurricane force tropical storm that formed off the coast of Cape Verde. It flowed north towards Europe, gaining strength further out into the Atlantic Ocean. Eventually it became a Cat 3 storm with peak sustained winds of 145 mph. The storm weakened to a Cat 1 hurricane before making landfall on the Faroe Islands.

Karl was not responsible for any damages or fatalities on record.

Karl is the sixth-largest Atlantic hurricane ever. 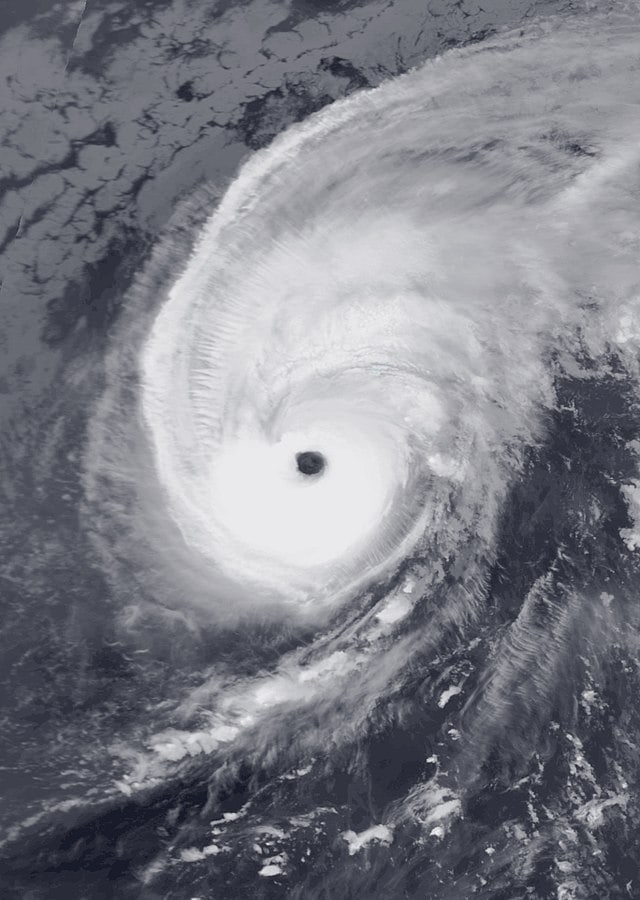 Nicole’s path forced landfall only on the island of Bermuda, where it caused substantial damage. That doesn’t mean the storm didn’t affect other areas. In the United States, the huge waves created by the storm affected the ocean animal life on the South Florida beaches.

In Bermuda, the storm destroyed homes, farms and the valuable commercial coastal properties on the island.

Storm observers were much more concerned about the more violent storm, Hurricane Matthew, which hit nearly at the same time as Nicole. 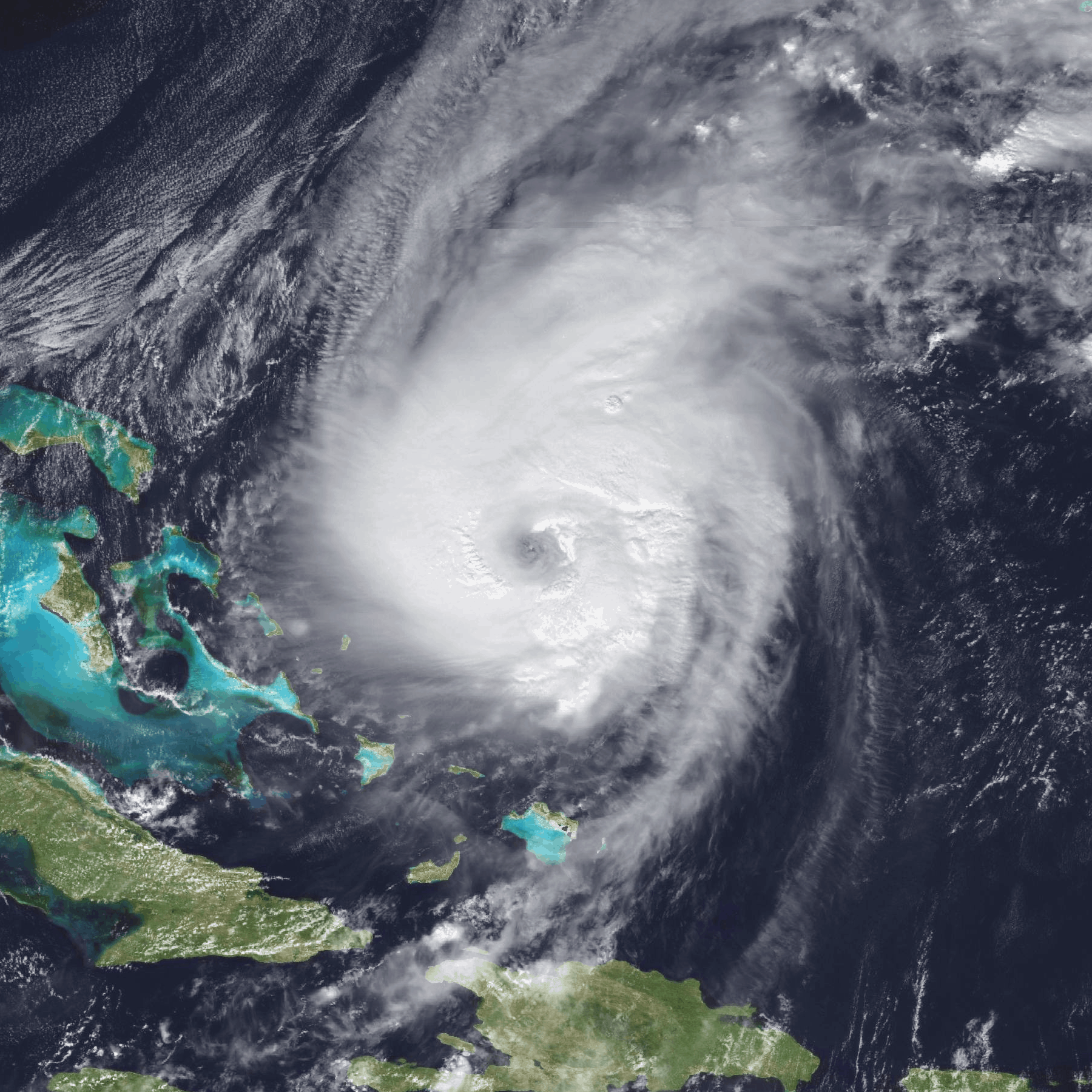 Beginning as a tropical storm in the Gulf of Mexico and ending after hitting London, this wide-berth, slow-moving storm was responsible for substantial flood damage on two continents. The storm caused fatalities in several Central American countries, Cuba and the Bahamas.

Some aid to storm victims in Cuba caused an international controversy. Some Cuban exiles were so concerned about helping Fidel Castro’s government that they refused to send supplies. 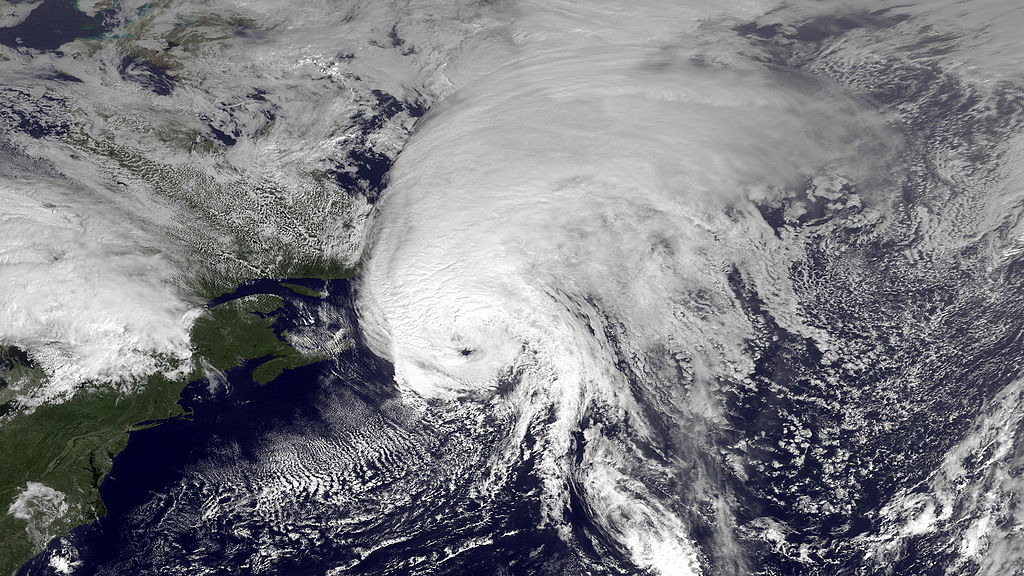 Fortunately, for the people of the Caribbean and the United States, Igor weakened from a category 4 storm to a category 3 before entering the Gulf region. Igor moved up the East Coast of the United States after causing a relatively small amount of damage to Bermuda.

Newfoundland in Canada suffered the greatest damage. Flooding caused about 200 million USD in damages in that area of the country.

Canadians raised $400 million in relief money for victims with a relief concert. 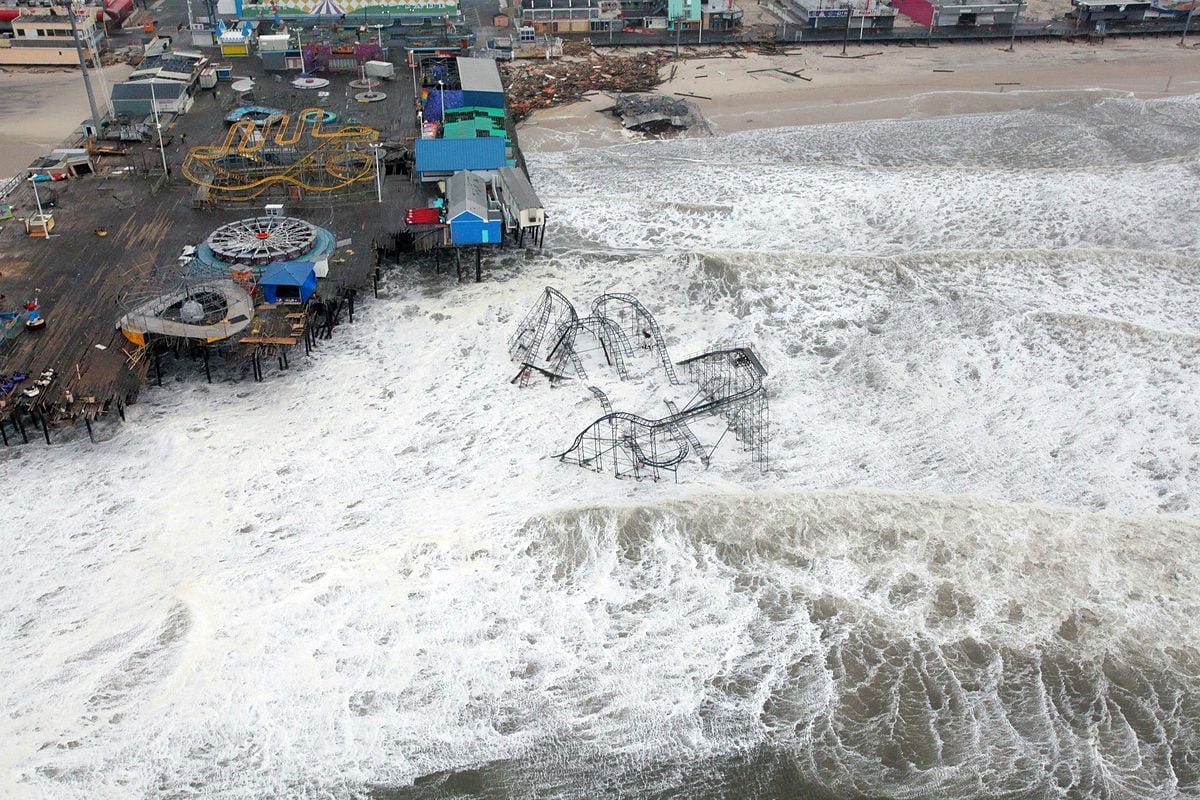 Sandy is the third-most destructive hurricane ever to hit the United States. The wind and rain caused destruction costing almost $70 billion and the loss of over 200 lives. The carnage began as Sandy, still a tropic storm, hit the Caribbean Sea. From there, it ran along the East Coast of the United States. In total, 24 states received damage from the storm.

An artic front caused the intense rain produced by Sandy to turn into snow. Some areas in West Virginia and Kentucky experienced blizzard-like conditions. 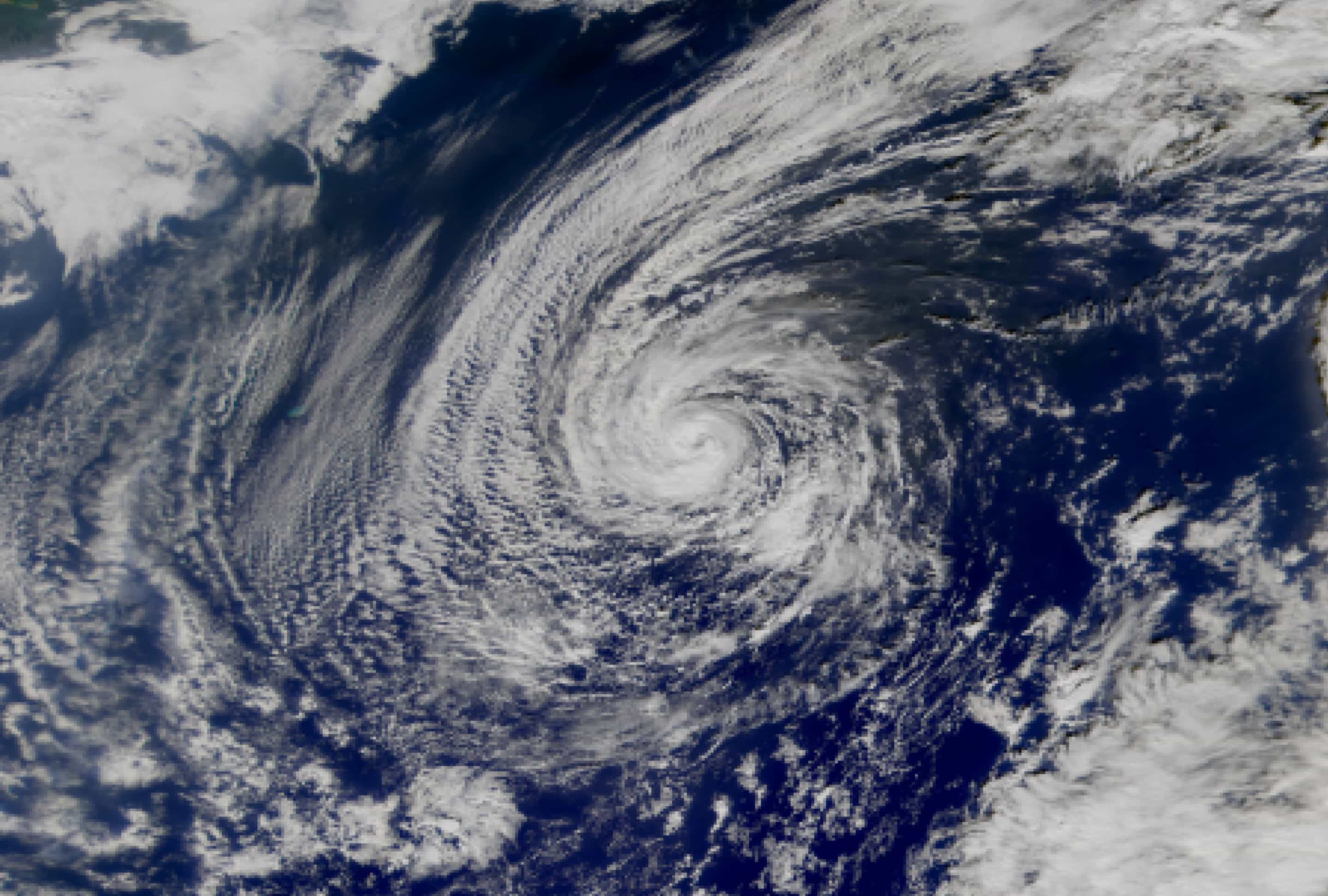 Olga is the largest Atlantic hurricane when measuring the diameter of gale force winds. It was not a particularly strong storm, only reaching category 1 in strength. It caused no personal or commercial damage on land as it never made landfall. Olga vacillated between hurricane strength and tropical storm strength, rocking a few boats with high waves but only causing physical damage to one ship (that was reported).

Olga was the final storm of the 2001 hurricane season. 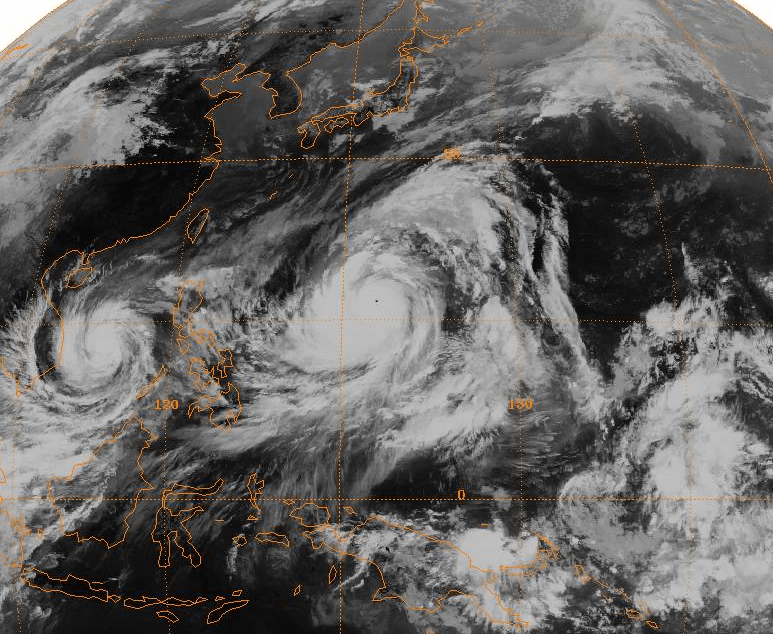 Typhoon Tip is the largest storm by diameter in world history. The storm is also the second most intense Pacific typhoon ever. The storm’s gale winds would cover the Western United States from the Pacific Coast to the western border of Missouri.

Tip formed over the Marshall Islands near the Philippines. It gained strength as it moved over the ocean, eventually reaching a category 5 rating with extremely violent winds. By the time it neared Japan, the storm was weaker. However, it still caused significant damage to Okinawa and Tokyo. Many fishermen died, ships sank and flooding left tens of thousands of Japanese homeless.

The storm was violent enough that it caused a Chinese ship to break in half.