Because of the natural threat that many venomous arachnids pose, human beings have always had a rocky relationship with spiders. Arachnophobia, or the irrational fear of spiders, is fairly common throughout the world–however, most arachnophobes would argue that the fear isn’t irrational at all! Some of these eight-legged behemoths might make you agree, especially if even the smallest house spiders give you the creeps.

Today we’ll be taking a look at the top 10 largest spiders in the world, and learning what sets each one apart from its peers–other than their own unique brand of fear, that is. 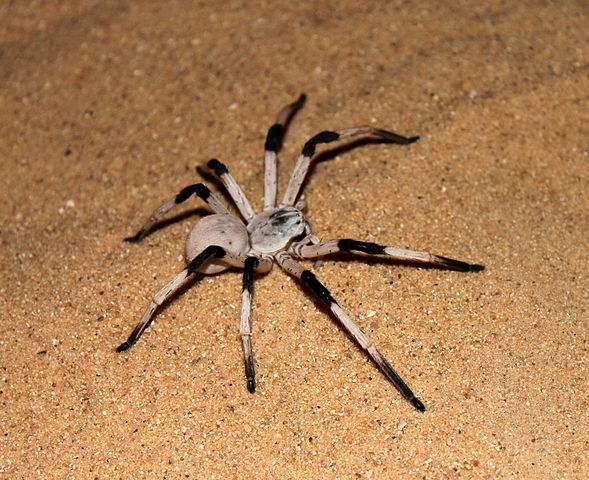 This eye-catching variety of Huntsman Spider is found primarily in the southern Arava Valley of Jordan and Israel. It is most active during the hottest part of the year, and its primary habitat consists of sand dunes. Unfortunately, sand quarries and agricultural terraforming have dramatically reduced this spider’s habitat and threatened its numbers.

The White Lady Huntsman Spider is known to make burrows with lifting trapdoors crafted with sand for camouflage. 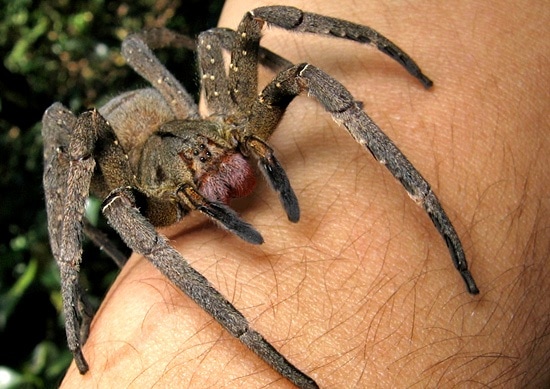 The Brazilian Wandering Spider belongs to the order Phoneutria, which happens to be the Greek word for “murderess”. True to its name, this arachnid is said to be the most venomous spider in the world, delivering a powerful bite that can be deadly to humans if left untreated. This spider is also highly aggressive and quick to bite if disturbed.

The Brazilian Wandering Spider is intimidating enough in its natural habitat–and it traumatized an entire family in the UK by emerging from a bunch of bananas along with an egg sac that contained thousands more. 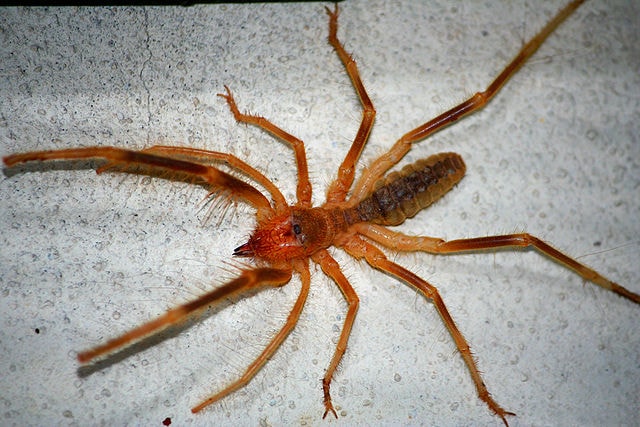 Camel Spiders, despite their name and confirmed status as arachnids, are not even technically considered spiders–they officially belong to the order Solifugae. In addition to their impressive sets of legs, they are recognized by their striking jaws, which can comprise up to one-third of their entire length.

These creatures certainly look menacing, and they’ve fueled a series of ridiculous myths–including claims that they enjoyed chewing through the stomachs of sleeping camels and soldiers, and could chase down a running person at full speed. 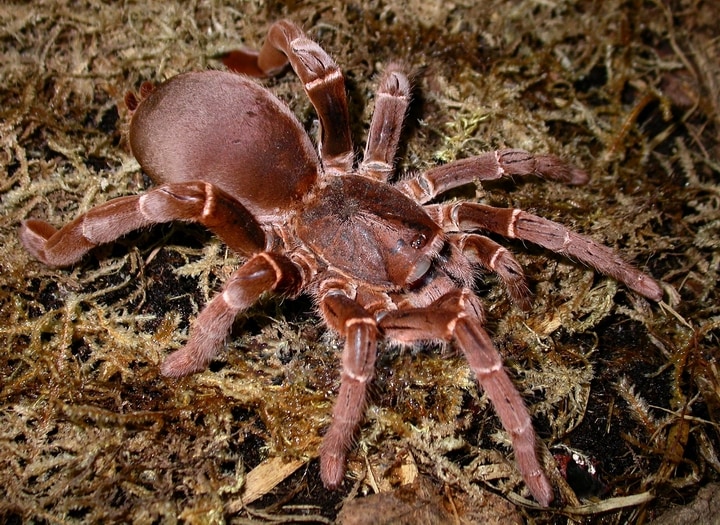 The gorgeous bronze color and solid appearance of the King Baboon Spider combine with its low-maintenance nature to make it a highly popular choice as a pet. However, their statuesque appearance comes at a price: these spiders have a reputation for high aggression. They are quick to bite, often without warning, and deliver some nasty venom when they do.

The King Baboon Spider catches and devours live prey, with pet spiders primarily being fed a diet of beetles, crickets, and tiny mice. 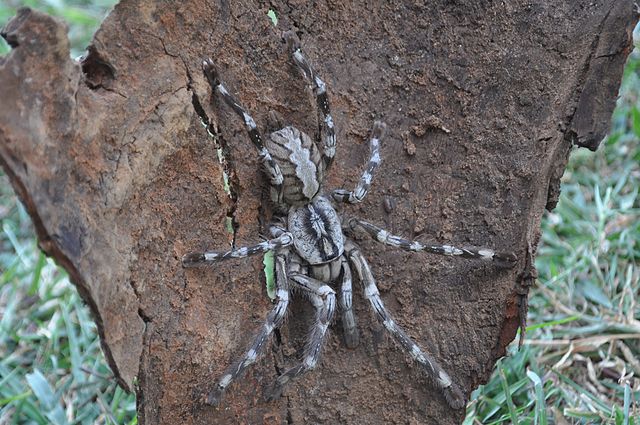 With a descriptive, memorable name that’s hard to beat, the Face-Sized Tarantula was recently discovered in northern Sri Lanka in 2013. These distinctive spiders are thought to be quite rare, although their natural camouflage may make them difficult to find.

While the Face-Sized Tarantula naturally prefers to inhabit sturdy, old trees, deforestation has driven them to more frequently inhabit old buildings such as the hospital quarters in which they were discovered. 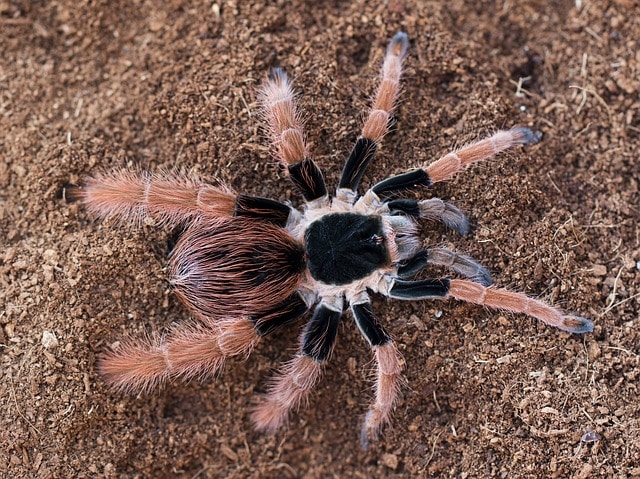 Also called the Columbian Giant Redleg or “Eye-Candy Tarantula” in reference to its colorful legs, this spider is known for having a big personality. While most tarantulas will rear aggressively when feeling threatened, the Eye-Candy Tarantula has coined a unique move of its own: it will twirl in circles in order to confuse its enemies, a trait that has been nicknamed “the cartwheel of death”.

The Columbian Giant Redleg is often kept as a pet for its distinctive appearance, and has been known to enjoy moving items around its tank when bored. 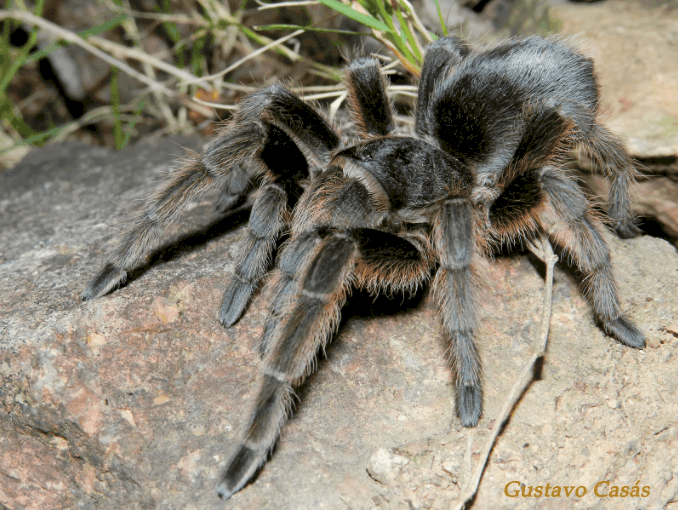 Alongside its reputation as one of the largest spiders in the world, Grammostola anthracina also boasts the longest known life span of all tarantulas: this species can live for over 30 years! This tarantula’s laid-back temperament makes it a relatively popular pet among spider enthusiasts, especially when well-fed with crickets and feeder mice.

This species was first described as Mygale anthracina in 1842 by German arachnologist and entomologist Carl Ludwig Koch. 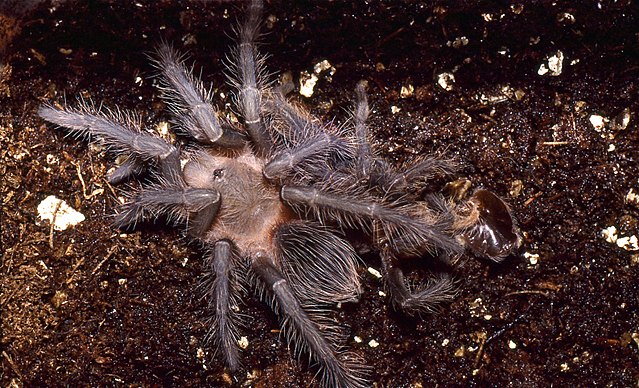 The striking Brazilian Salmon Pink Birdeater is primarily nocturnal, spending most of the day in burrows in the forest floor and coming out at night to hunt. While these spiders do produce silk, they do not use it to catch their prey–they prefer to ambush their meals and dispatch them with venom instead.

Like other spiders, the Brazilian Salmon Pink Birdeater has eight eyes, and yet its vision is not very good. It can only see for a few inches, and uses its eyes mostly to detect differences in light level. 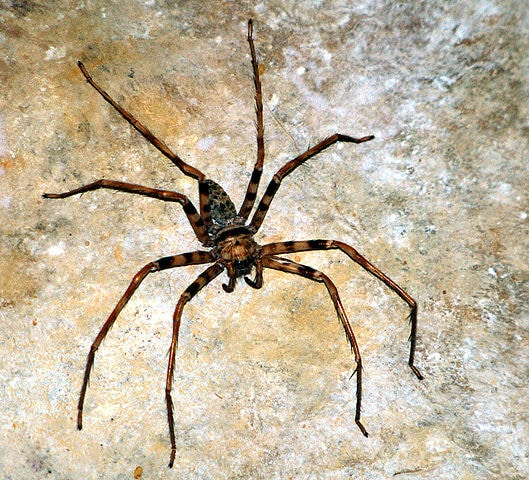 This fast-moving, leggy spider gets its name from the fact that it stalks and hunts down its prey, rather than catching its food in webs. Many people have described the Giant Huntsman as being “the size of a dinner plate,” which is certainly a chilling mental image.

While varieties of Huntsman Spiders populate areas all over the world, this Giant variety in particular has only been discovered in a cave in Laos. 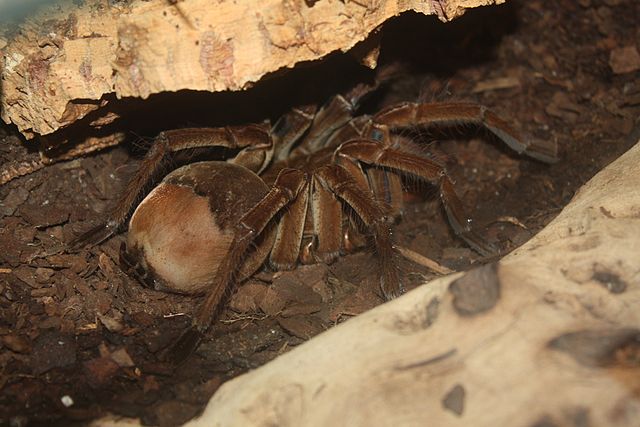 The Goliath Bird-Eating Spider is the largest spider in the world. While it’s comparable in length to the Giant Huntsman Spider, which many people consider to be the largest on the planet, the Birdeater weighs in at a much heavier 6.2 ounces! This venomous predator gets its name from its hefty diet, which can include birds and small rodents.

The South American locals who coexist with Goliath Birdeaters consider them to be more delicious than scary, and frequently cook and eat them. Those who have tried it claim that it tastes similar to shrimp.