You’d be hard-pressed to find someone who hasn’t dreamed of going to a water park to cool off in the middle of summer! People all over the world love going to water parks to kick back, get some sun, and have a great time with friends and family. Some of the more renowned water parks see millions of visitors every year, with record-breaking turnouts to prove their popularity.

Today we’ll be learning about 10 of the largest water parks in the world as measured by the average number of yearly visitors, and looking at what sets each one apart from its competitors. Just how popular can the best waterparks in the world get? Let’s find out! 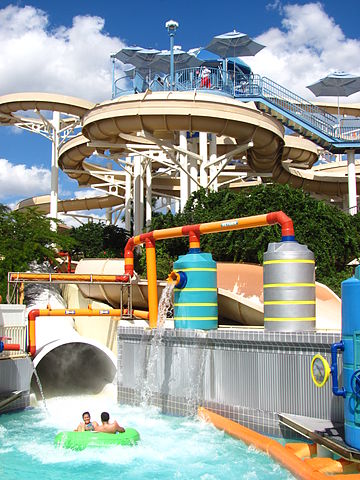 Said to be the first water park in America’s history, Wet’n’Wild was owned by Universal Resort Orlando and was situated right next to the other major theme parks in the International Drive area. Wet’n’Wild was created by the same businessman who founded SeaWorld: George Millay, and remained quite popular until it was closed down at the end of 2016.

Fans of the late Wet’n’Wild need not mourn! Universal Orlando closed it down partially because they opened a whole new water park: Volcano Bay. 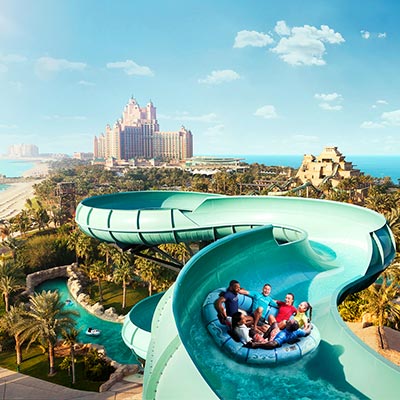 Adjacent to the largest aquarium in Dubai, which features over 65,000 marine animals, the Aquaventure water park presents attractions such as the shark lagoon tank and a wave machine for surfing. The theme of the park is centered around Atlantis, and provides plenty of opportunities to learn about the corresponding myths and marine life.

Aquaventure has repeatedly been called one of the best water parks in the Middle East and Europe. 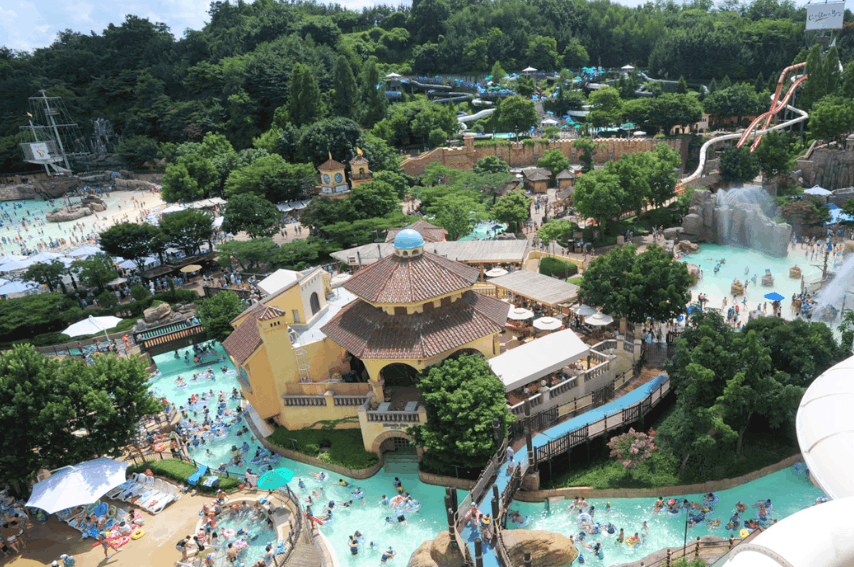 A part of the largest theme park in South Korea, Everland theme park, Caribbean Bay features a wide selection of indoor and outdoor pools and hot springs that enable visitors to enjoy the park year-round. Caribbean Bay provides a series of child-friendly zones where children can play safely and enjoy a set of colorfully-decorated pools. 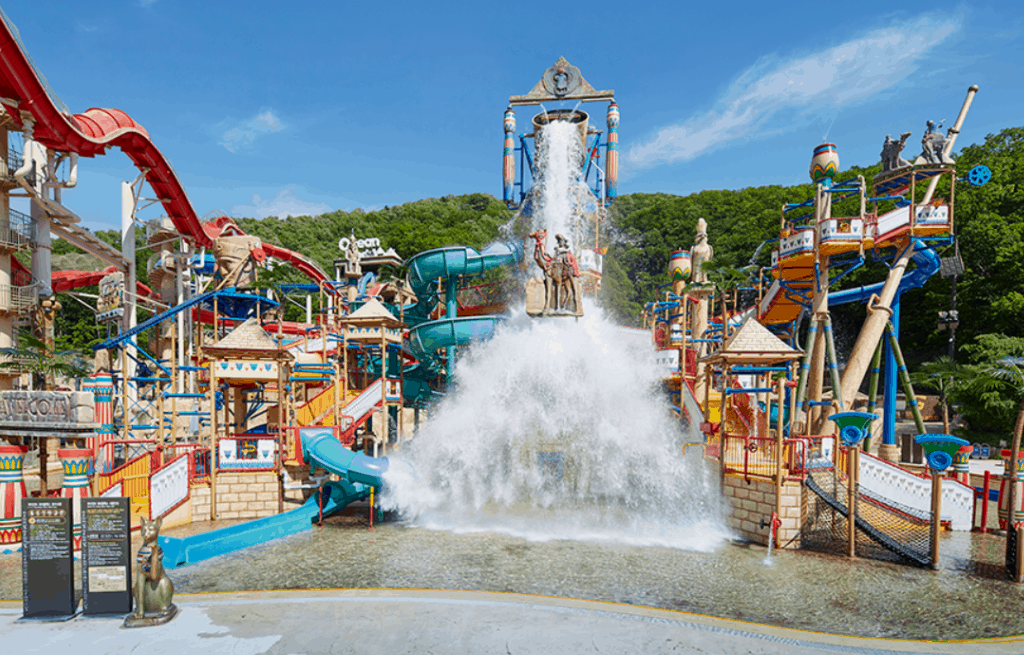 Ocean World is located on the Palbongsan Mountain as part of the larger Vivaldi Park Resort. The Ocean World section of the resort is designed with an Egyptian theme, made to look like a desert oasis. Attractions range from the fast-flowing Extreme River to the calm Spa Village as visitors explore the various zones within the park.

While Ocean World certainly offers its share of warm-weather attractions, the Vivaldi Park Resort provides a variety of recreational activities during the winter as well, including skiing and snowboarding.

With 42 different slides and 84,000 square feet of beautiful, sandy beaches, Aquatica is one of Florida’s most popular water parks. This park is owned and operated by SeaWorld Parks & Entertainment, along with other Aquatica park locations in the United States. Alongside more exciting attractions such as water slides, Aquatica also provides lazy river rides and waterside lounge areas for guests who simply want to relax.

The KareKare Curl, an attraction set to debut in 2019, promises to allow riders to “experience a feeling of weightlessness”. 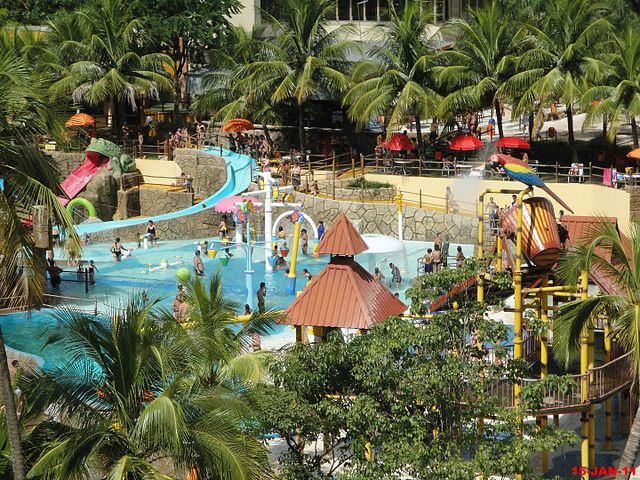 Touted as the most popular resort in the Sao Paulo area, Thermas Dos Laranjais has more visitors than any other water park in Latin America. The park’s waters are fed by those of the Guarani Aquifer, the main underground freshwater reserve in South America.

Thermas Dos Laranjais strives to keep its selection of over 50 attractions fresh and exciting, usually launching at least one new attraction each year. 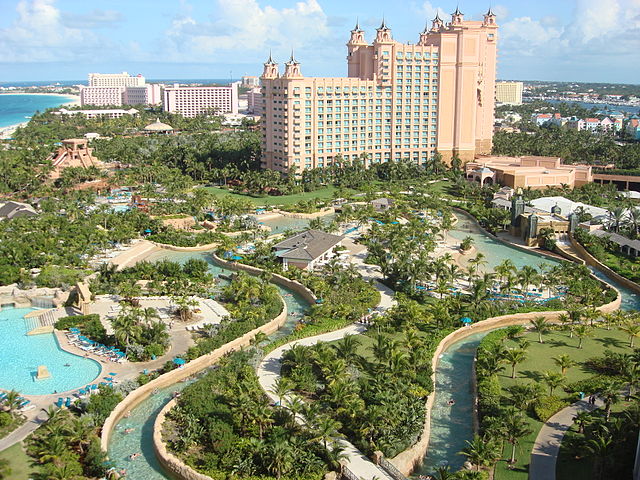 As the largest water park in the Caribbean, Aquaventure offers a wide selection of attractions so that everyone has something to enjoy. The park features 18 water slides, including “The Abyss,” a 200-foot slide that sends riders plunging into a lagoon after the final stretch. For those who don’t feel like taking such an extreme plunge, there are a variety of river rides as well.

Alongside the waterpark, the Atlantis resort provides dining, shopping opportunities, plenty of nightclubs, and a huge casino. 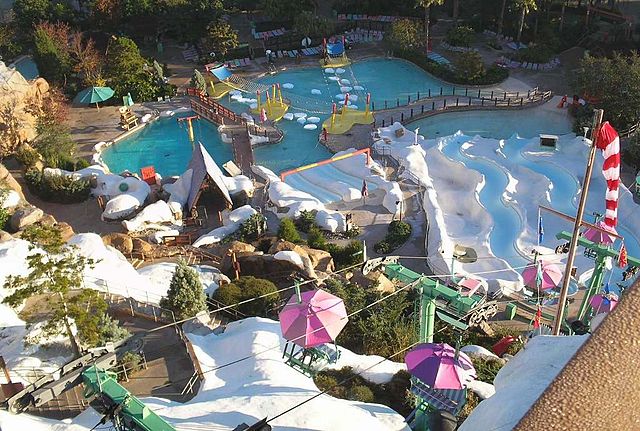 This third most-visited water park in the world is themed after the mythic idea of a ski resort that can be enjoyed in Florida’s hot climate. One of the most famous attractions in the park is Mount Gushmore, which stands artificially snow-capped at 90 feet tall, and the exhilarating “Summit Plummet” that launches from its peak.

The speed of the Summit Plummet can reach all the way up to 55 mph, making it one of the fastest free-falling water slides in the world! 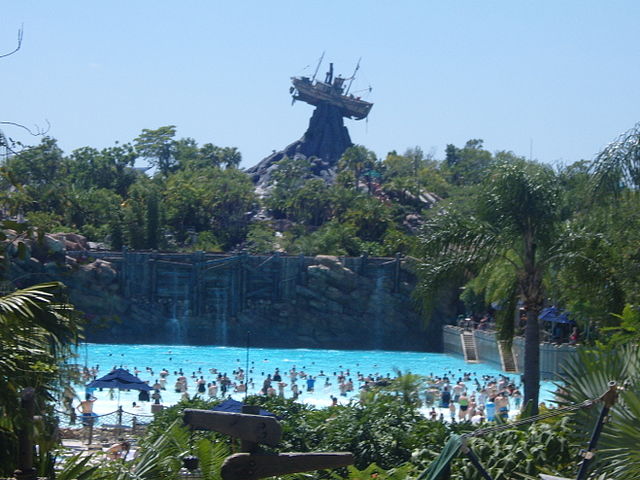 One of the largest surfing lagoons in the world and home to one of the largest outdoor wave pools, this water park is themed after the “Disney legend” of a typhoon and its aftermath. Decor and attractions center around wreckage and scattered fishing equipment, giving guests an immersive Disney experience. At the centerpiece sits “Miss Tilly,” the ship that rests wrecked upon the iconic “Mt. Mayday.”

The Shark Reef attraction features coral, fish, and plant life in a 362,000-gallon tank where people can snorkel for a closer look.

Chimelong Water Park is the largest water park in the world by annual attendance. Easily dwarfing its competition in Asia, this park aims to provide guests with the latest and most exciting attractions including the Extreme River and the Tornado ride. The whole Chimelong Resort had surprisingly humble beginnings as a single restaurant, and steadily expanded as a result of its great tourism location.

The famous Chimelong Water Park has been praised with titles such as “Best Water Park in the World” and “Annual Tourist Attraction of Choice”.