Rivers could be considered the delivery system for the world’s lifeblood. They carry water from land to the oceans. Without the rivers, the ocean water would eventually evaporate completely. It is an accepted fact of science that rivers are indispensable to our ecology. However, there is constant debate about which river is the world’s largest.

River length is not certain. Manmade obstacles like dams can reduce length. Experts may disagree on where a river actually begins. Due to the forces of nature, rivers grow or shrink over time. For purposes of this list, we will discuss the longest rivers by length, and consider the top two a virtual tie. 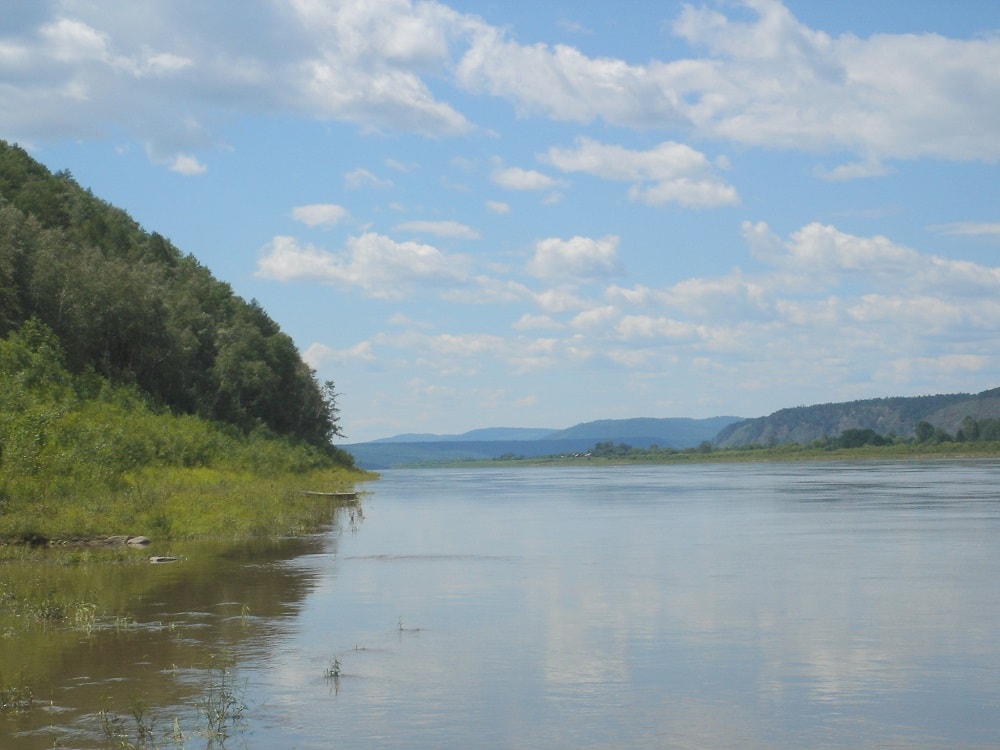 The Amur River begins at the confluence of the Onon and Shilka River in Russia and Mongolia (Northeast China). The indigenous people of the area, part of which is now Russia and part of which is now China, populated the valley at the area where the Amur begins. The people were the ancestors of some Han Chinese people and some make up the population of Russia. The Mongols ruled the area for some time, with both the Russian and Chinese empires taking control of the area around the Amur. The two remnants of both empires continue to clash over the river. China wants to dam the river and derive energy from it while Russia wants to use it for shipping.

Russia and China are working together to create a massive bridge that will connect both countries across the Amur. 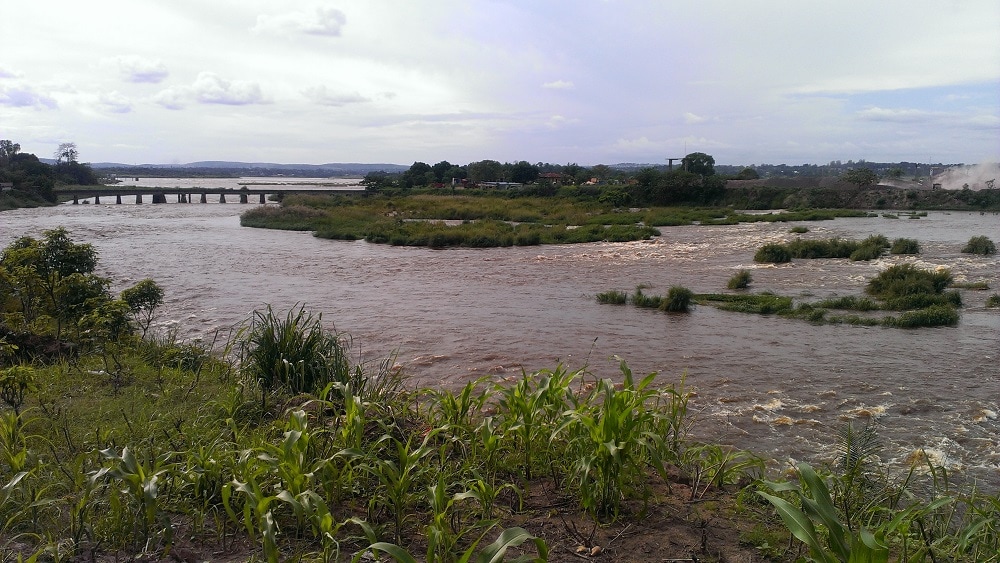 The Congo River is the second longest on the African continent. Its circuitous route takes it from its basin, located in Tanzania, up across the equator and back down again, making it the only river to cross the equator twice. Scientists believe the river formed over 2 million years ago, and is the place of origin for the chimpanzee, among other species. Today, the people of the Democratic Republic of the Congo use the river as a means of transporting goods and people as well as a source of hydroelectric power.

The Inga Falls on the Congo River is one of the largest waterfalls in the world. It powers the Inga Dams, which supplies power to several cities. 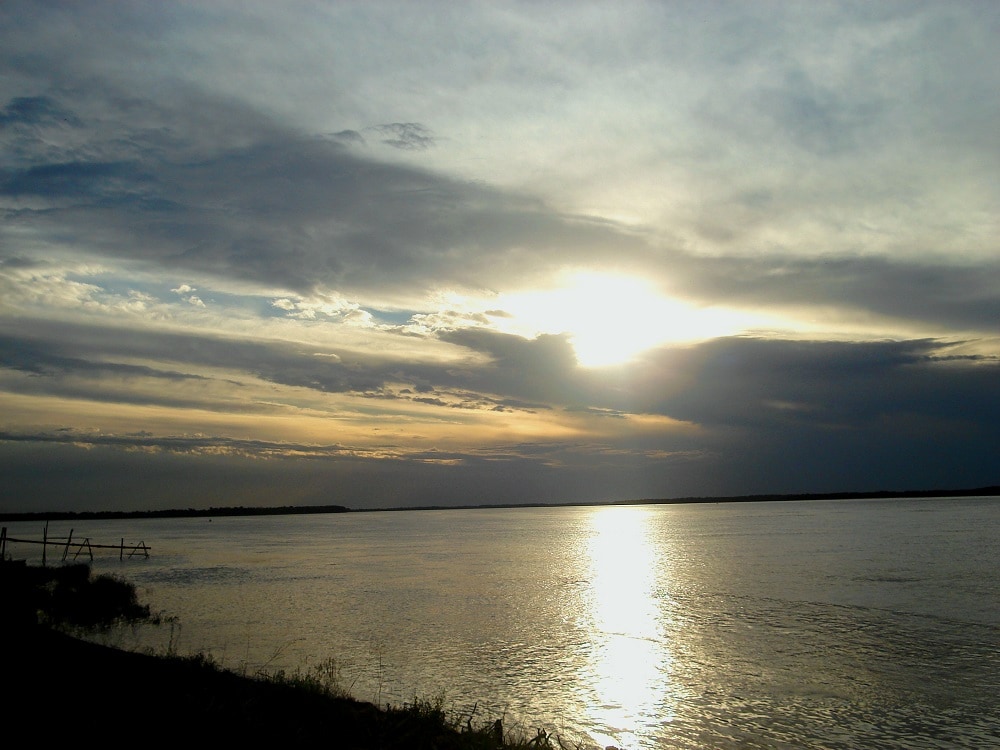 The Parana is an important part of the economy of the nations it travels through on its way to the Atlantic. It is used as transportation for the people of Argentina and Paraguay as well as a means of moving goods back and forth. It also supplies hydroelectric power for several cities in Argentina and Paraguay thanks to two dams, the Itaipu and the Yacyretá. Many living in villages along the Parana rely on the fishing industry for jobs and sustenance.

It Itaipu Dam is the second largest dam in the world. It supplies power to Brazil’s two largest cities and is one of the seven wonders of the modern world. 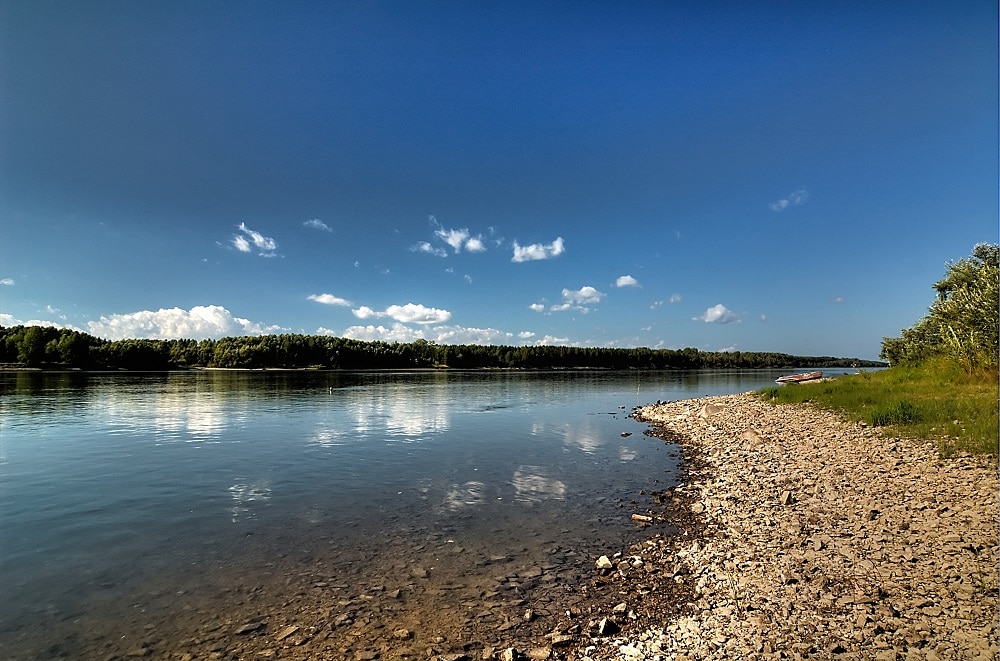 The Ob gets its name from the indigenous Siberians who populated the area where the river starts. It flows south towards the Atlantic Ocean. However, the river terminates in the Kara Sea via the Gulf of Ob. The river flows past the third largest city in Russia, Novosibirsk. Part of the stretch of the OB in Siberia is frozen for several months during the year. In the more climate regions, the river is a source of food, irrigation for crops and power due to multiple dams. Given that some parts of the river are not suitable for transportation, it is little used for that purpose currently.

The Mayak nuclear plant dumped 100 tons of radioactive waste into the Ob River in 1957, which the Soviet government kept secret for 30 years. 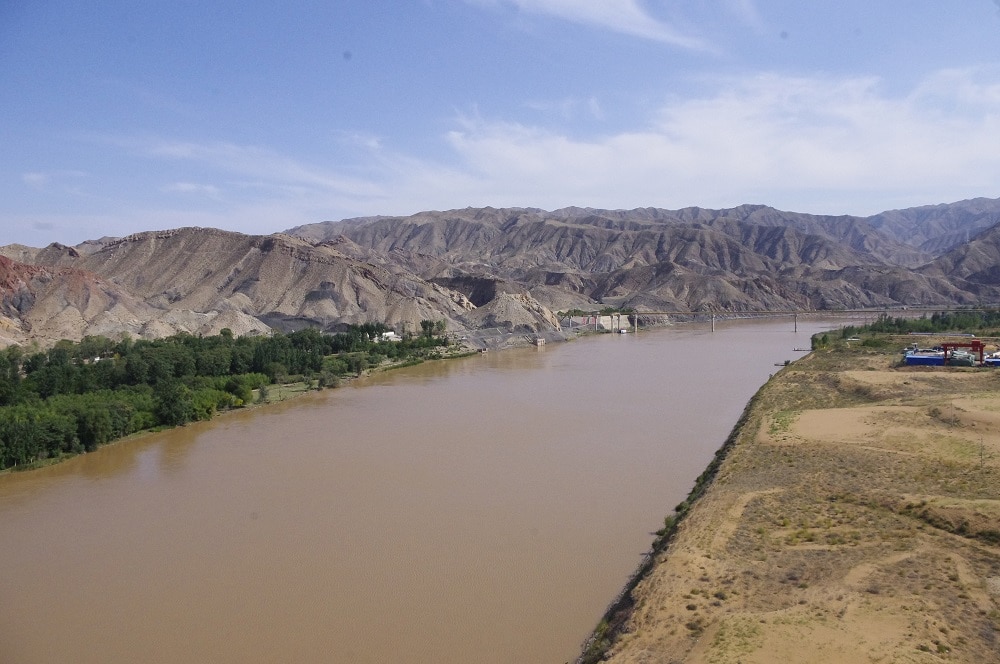 The Huang He River, as it is known in China, passes through 30 cities and nine provinces in the country. The basin of the river, the Bayan Har Mountains in the Tibetian region, is both the beginning of the river and Chinese culture. As important as the river is to the nation and its history, it has also been a serious problem. The river is prone to flooding for several reasons, and when it does, the results can be catastrophic. One of the largest ever death tolls from a single natural disaster happened due to the flooding of the Huang He.

Man-made flooding accounted for the death of many, as creating floods was a common military tactic called “yishui daibing,” meaning “using water as soldiers.” 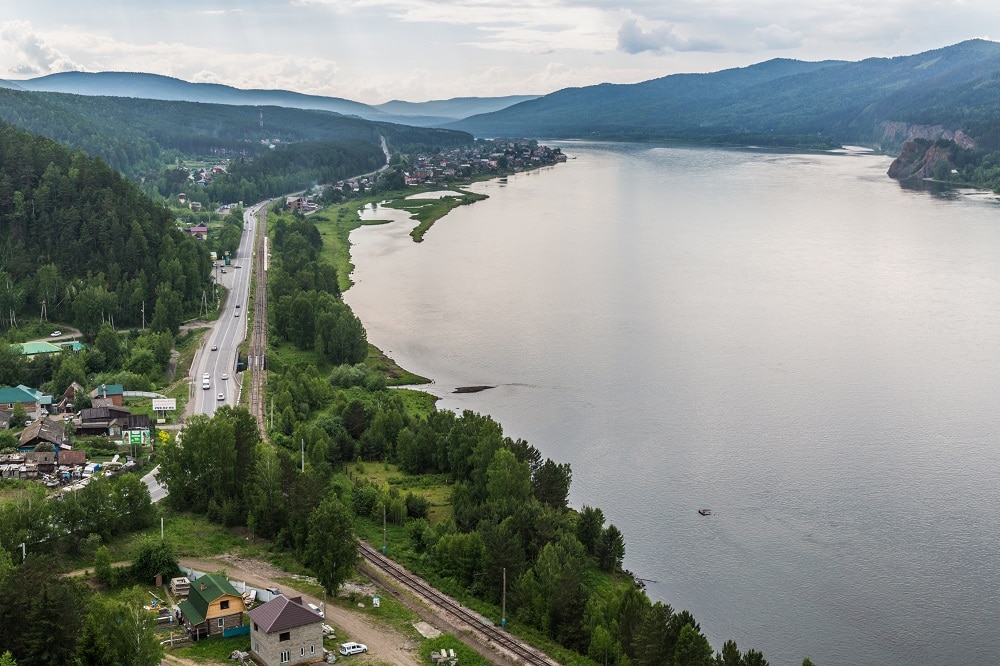 The Yenisei River begins near the border of China and flows westward towards the Yenisei Gulf, which empties into the Kara Sea. The river has been important to the economy of the region; however, it is not completely navigable, so it has not been important to the shipping industry in more recent years. There have been several expeditions to attempt to completely navigate the river, more for adventure’s sake than to open transportation routes.

There was a secret city located on the Yenisei that contained a weapons-grade plutonium manufacturing plant. The plant dumped radioactive waste into the river over time. The city is now known as Zheleznogorsk. 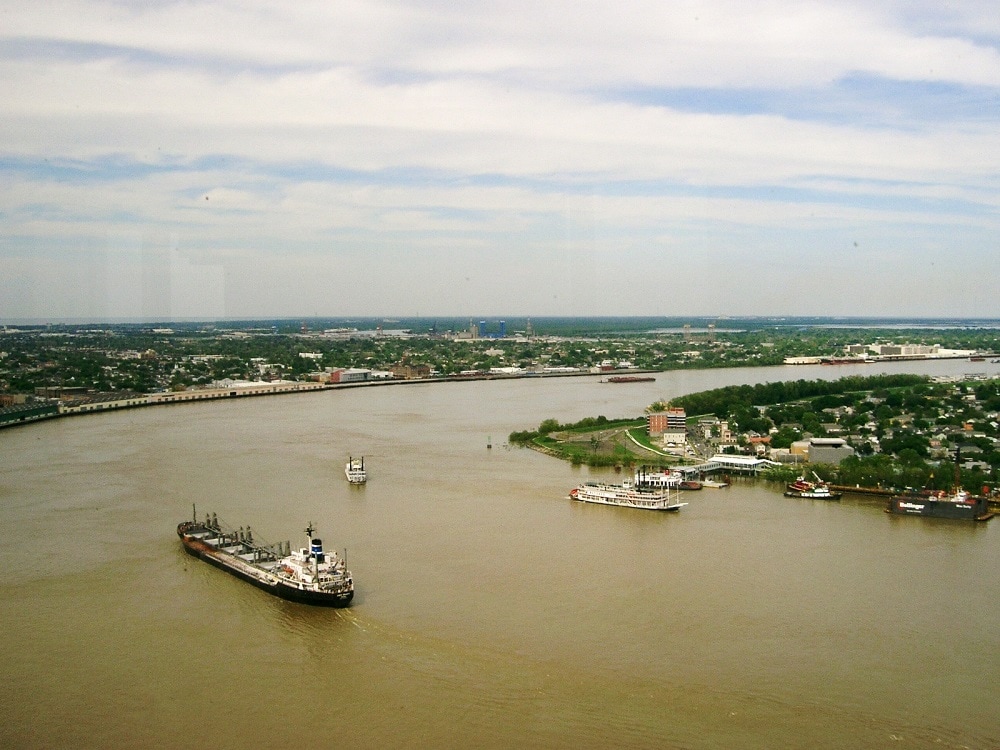 The Mighty Mississippi as it is known in literature and song is the longest river in North America. It stretches the entire length of the country beginning in the state of Minnesota and ending in the state of Louisiana. It is of huge historical importance to the development of the United States, as its waters provided irrigation for the crops in the South and provided a transportation system of goods and people in the nation’s early days.

Scientists predict that the river is likely to change course near its mouth. If that happens, it could change the entire economy of the state of Louisiana.

The Yangtze, the largest river in Asia, is as important to China as the Mississippi is to the United States. Stretching across almost the entire width of the nation, the Yangtze provides water, irrigation, transportation and electricity to untold numbers of the population.

The river begins in a mountain range in the Tibetan region called Jari Hill. However, historically and culturally, the snow-covered Geladandong mountain range is considered the source.

Like the Yellow River, the Yangtze is prone to flooding causing significant damage. The 2016 flood caused an estimated 22 million USD in damages.

The largest hydroelectric dam in the world, the Three Gorges Dam, is on the Yangtze. 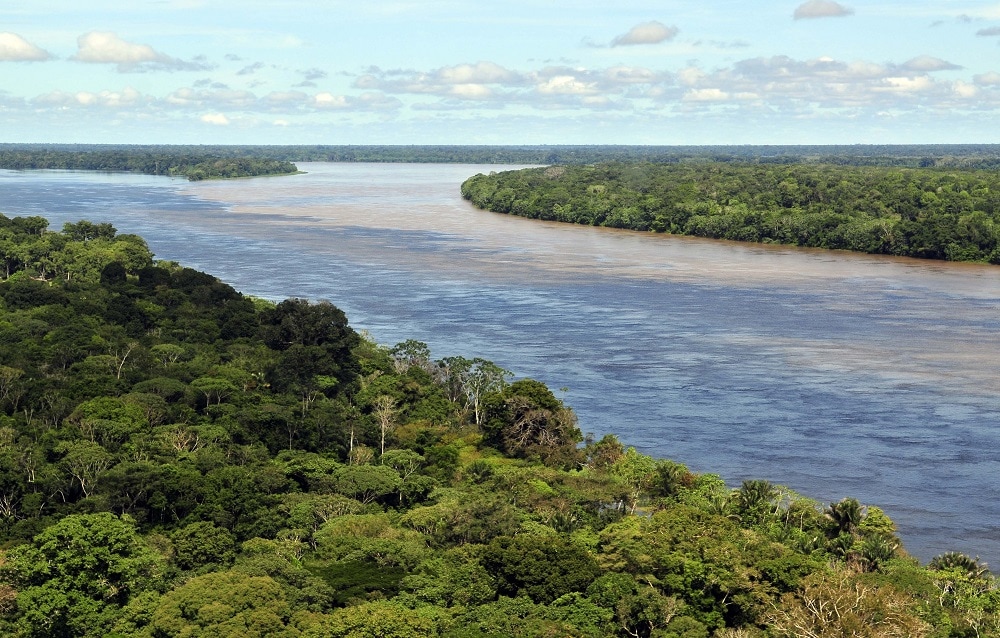 The question regarding the longest river doesn’t have an agreed upon answer. While current science leans towards the Amazon as being the longest, historically the Nile has been considered the longest. What is not debatable is that the Amazon has the largest discharge of any river in the world as well as the largest drainage basin, covering 7,050,000 km2 (2,722,000 sq mi). The river’s discharge volume represents 20% of the river water discharge into the oceans worldwide. The drainage basin is extremely important to the world ecological system, and the deforestation of the area is a subject of international concern.

During the rainy season, the river stretches to over 120 miles (190km) in length. 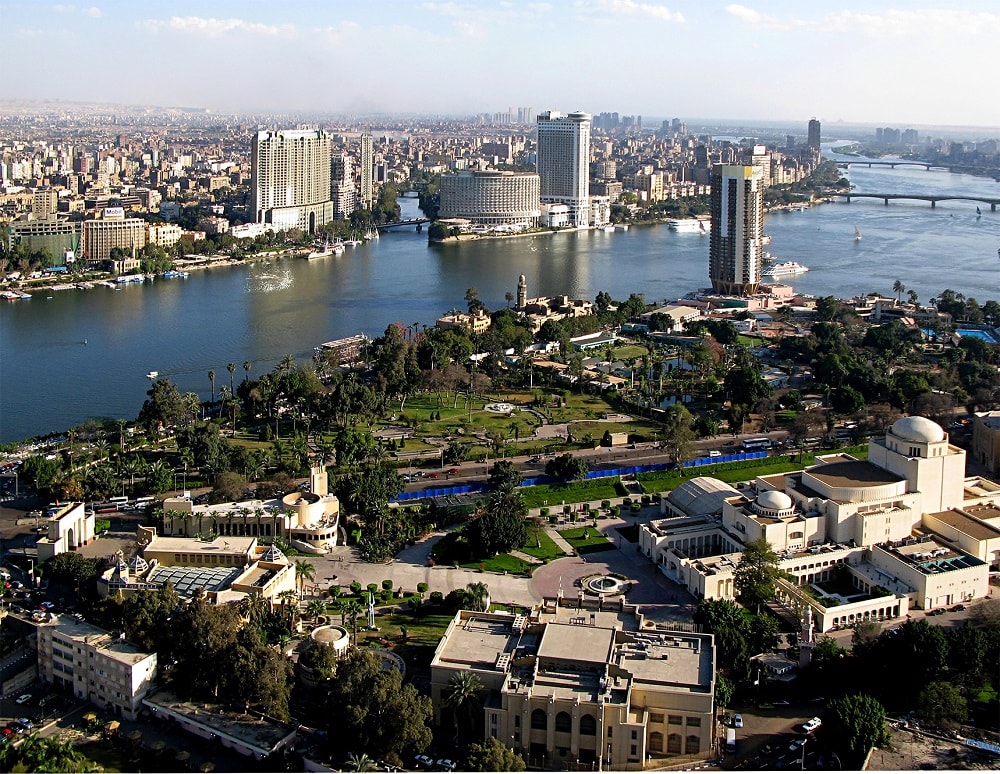 The Nile is the longest river in the world. It begins near Lake Victoria in Tanzania and empties into the Mediterranean near Alexandria and Cairo in Egypt. The eleven nations the river touches rely on it for hydroelectric power, irrigation and food, though perhaps its primary importance to the world is the role the Nile played in the development of Egypt, one of the oldest civilizations on Earth. The Egyptians built an empire on the banks of the Nile, using the river as a point of trade and relying on the fertility of the soil to grow crops.