Cathedrals are some of the world’s greatest works of architecture. These buildings are often so grand and so large that they stand out as important landmarks in their respective cities. For many centuries, cathedrals were often the tallest buildings in their countries and today some still are.

There is often some confusion between the difference of a church, cathedral, and basilica and often times the words are used interchangeably. However, strictly speaking a cathedral is a church that serves as the seat of power for a bishop. Cathedrals are the church associated with the administration of an area. For the purposes of this list, we only included cathedrals that are formally called cathedrals in their official name. 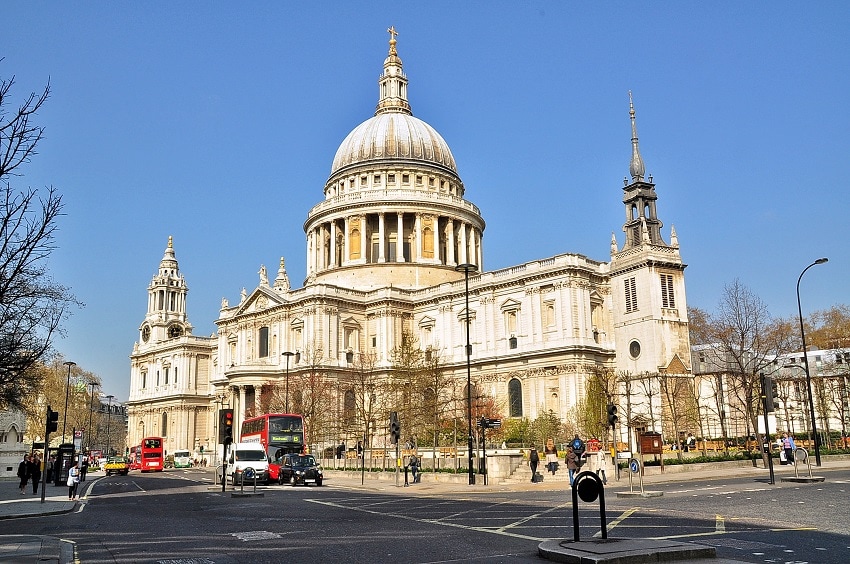 St Paul’s Cathedral was the first church in England built after the English Reformation in the sixteenth-century, when Henry VIII removed the Church of England from the rule of the Catholic church. 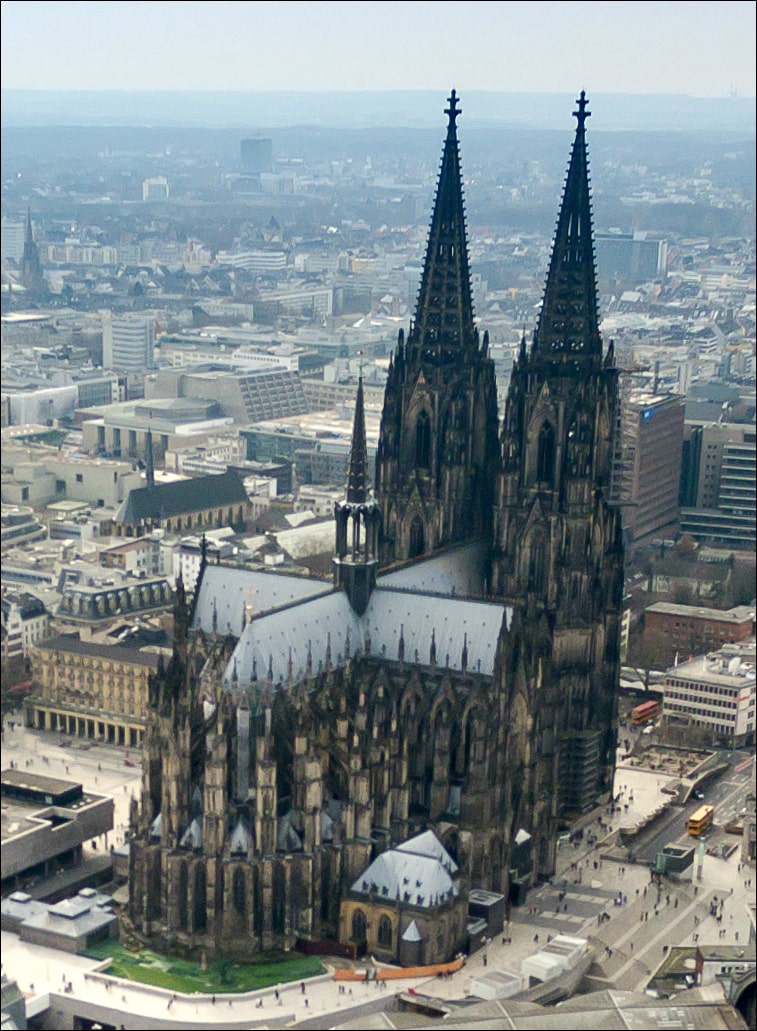 Cologne Cathedral is the largest cathedral in Germany with an area of 7,290 square meters (85,250.17 square feet). Not only is Cologne Cathedral one of the city’s greatest landmarks, it is also a UNESCO World Heritage Site. Construction of the Cologne Cathedral took over seven centuries, between 1248 – 1880, and was built in several phases.

The high altar inside of Cologne Cathedral is believed to be the largest in the world and is made of black limestone and was built in the early 14th century. Also dating from this time period are the Cologne Cathedral’s carved oak choir chairs, painted choir screens, the fourteen statues on the pillars in the choir, and the great cycle of stained-glass windows.

Cologne Cathedral is home to the world’s largest swinging bell, which is called St Peter’s bell and weighs 24 metric tons. 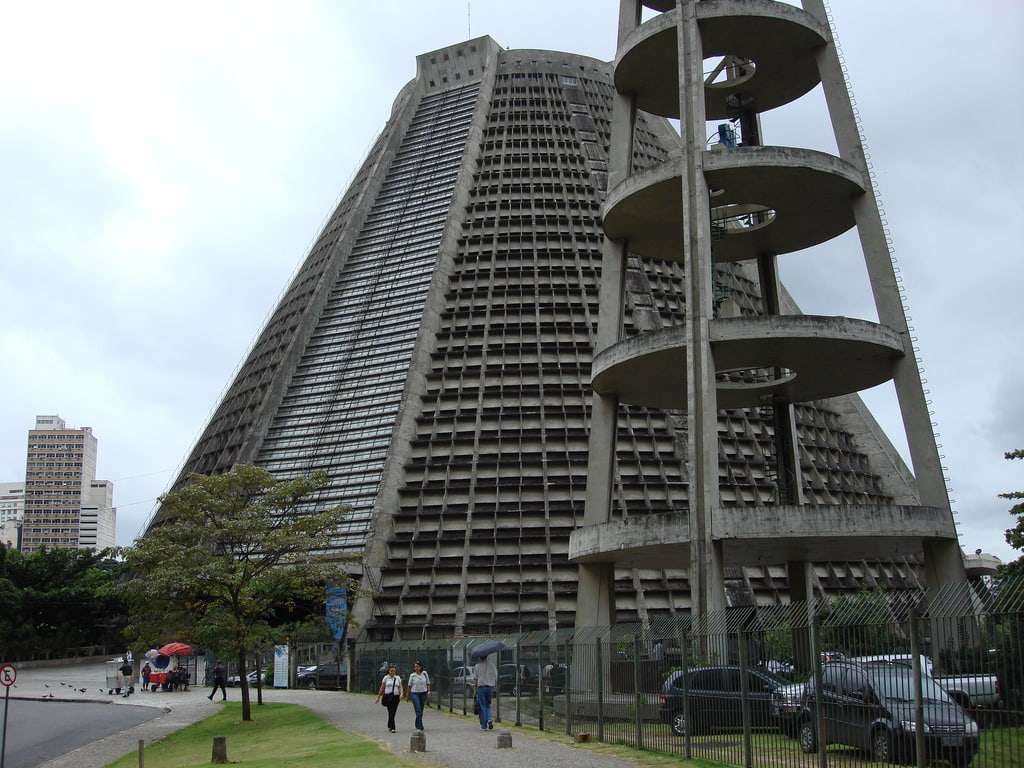 Inside the basement of the Rio de Janeiro Cathedral is the Sacred Art Museum, which houses a collection of sculptures, murals, artwork, and fonts used to baptize the princes of the Portuguese royal family. 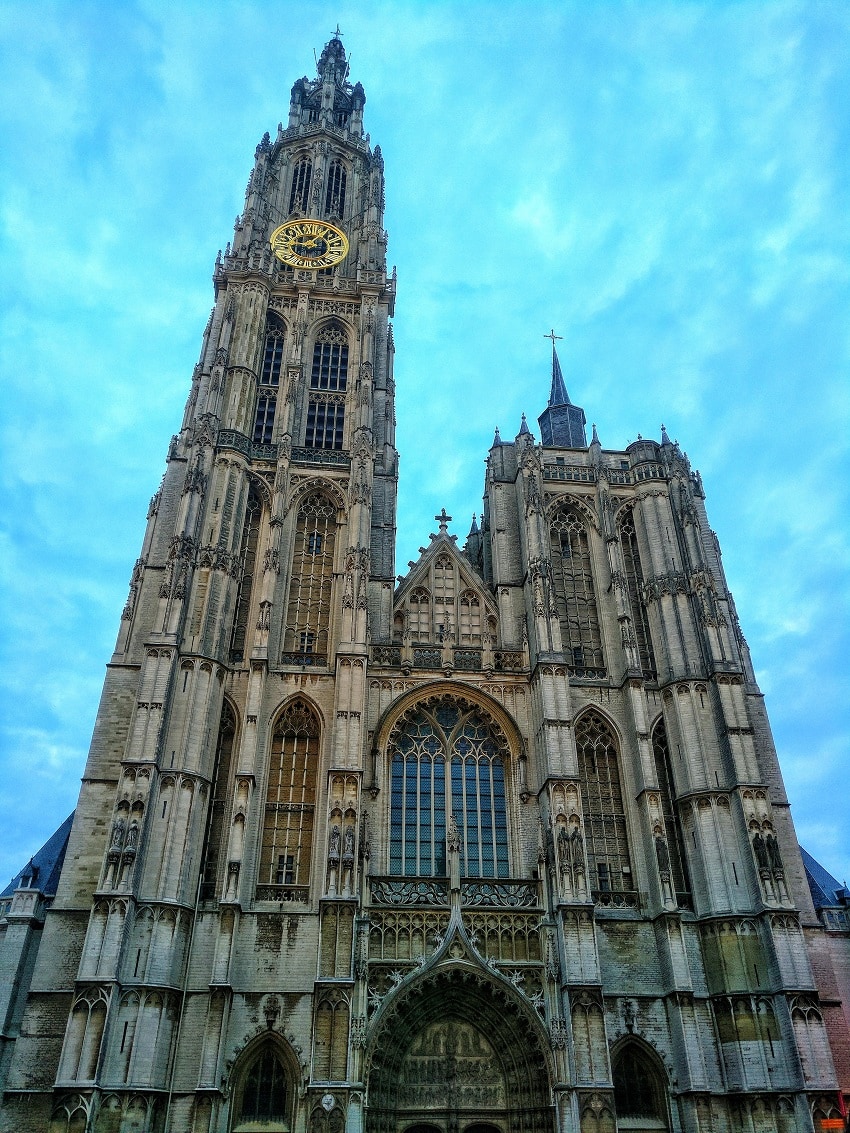 The two towers of the Cathedral of Our Lady are also quite tall – the north tower is 123 meters (403.5 feet) high and the south tower is 65.3 meters (214 feet) high. Construction of the Cathedral of Our Lady began in 1352 and was not completed until 1521. Initially, both towers were supposed to be the same height, but repairs of the cathedral after a massive fire put the continued construction of the south tower on hold indefinitely. 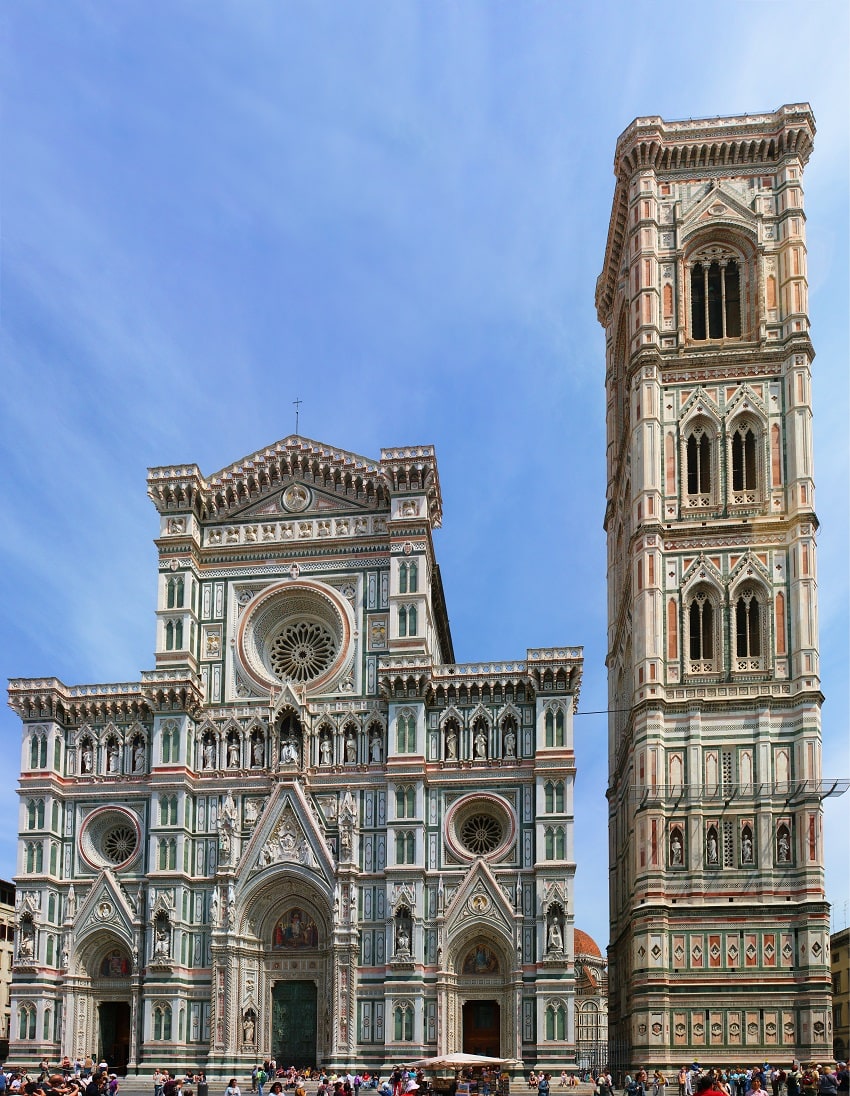 The Florence Cathedral is the second largest cathedral in Italy and at one point, it was the largest cathedral in Europe when construction was completed in the 15th century. The Florence Cathedral has an area of 8,300 square meters (89,340.46 square feet) and the interior of the cathedral is 153 meters (502 feet) long, 90 meters (295 feet) wide at the crossing, and 90 meters (295 feet) high from pavement to the opening of the lantern.

It took 170 years to build the Florence Cathedral and the first stone of the facade was laid on September 8, 1296. While all of the architecture of Florence Cathedral is impressive, one of its most ambitious design elements is its 44 windows. These stained glass windows were the most extensive built in 14th and 15th century Italy.

The dome of Florence Cathedral is the largest masonry dome in the world and was constructed using over 4 million bricks and weighs 40,000 tons. 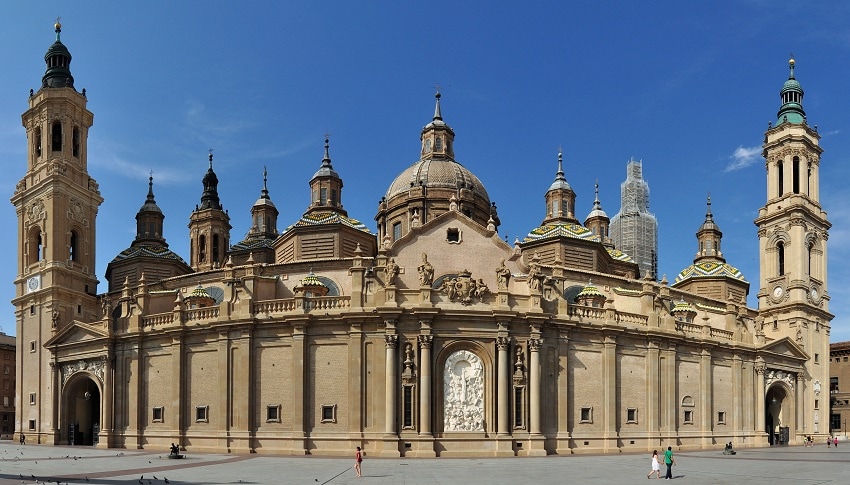 Cathedral-Basilica of Our Lady of the Pillar is the second largest cathedral in Spain after the Seville Cathedral. The Cathedral-Basilica has an area of 8,318 square meters (89,534.207 square feet). The cathedral, which is often just called El Pilar (The Pillar), is the main attraction of the city of Zaragoza.

As its name suggests, the Cathedral-Basilica of Our Lady of the Pillar is dedicated to the Virgin of the Pillar because there is a wooden statue of the Virgin Mary on a column of jasper residing in the cathedral. The statue was given to St. James by the Virgin Mary herself, who told him where to build a church in her honor.

The Cathedral-Basilica of Our Lady of the Pillar was the first church in the world dedicated to the Virgin Mary. 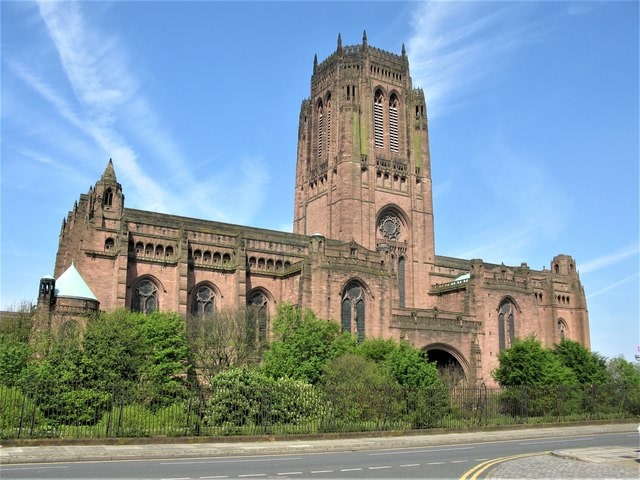 The Grand Organ inside of Liverpool Cathedral is the largest in the United Kingdom and is made of 10,267 pipes, which took three years to build (1923 – 1926). 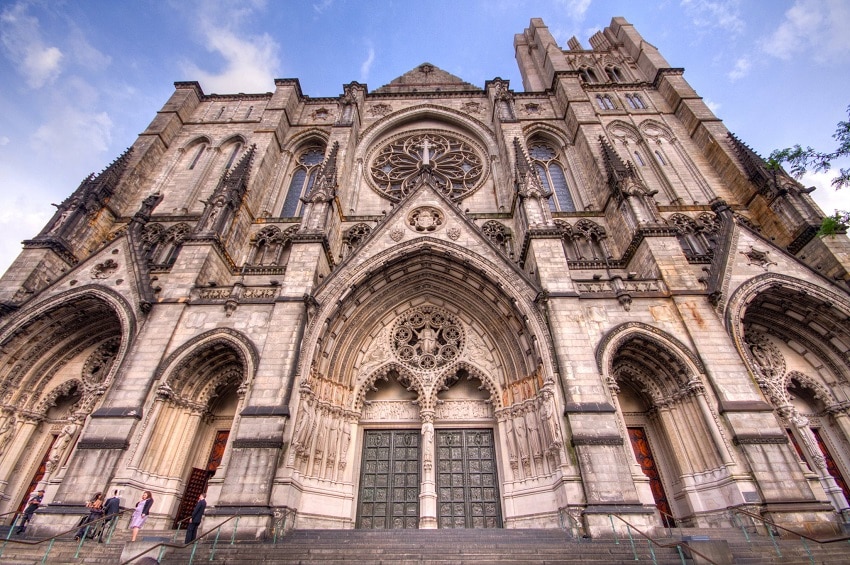 The Cathedral of Saint John the Divine is home to the largest rose window in the United States. The window is the fifth largest in the world and is made up of over 10,000 pieces of stained glass. 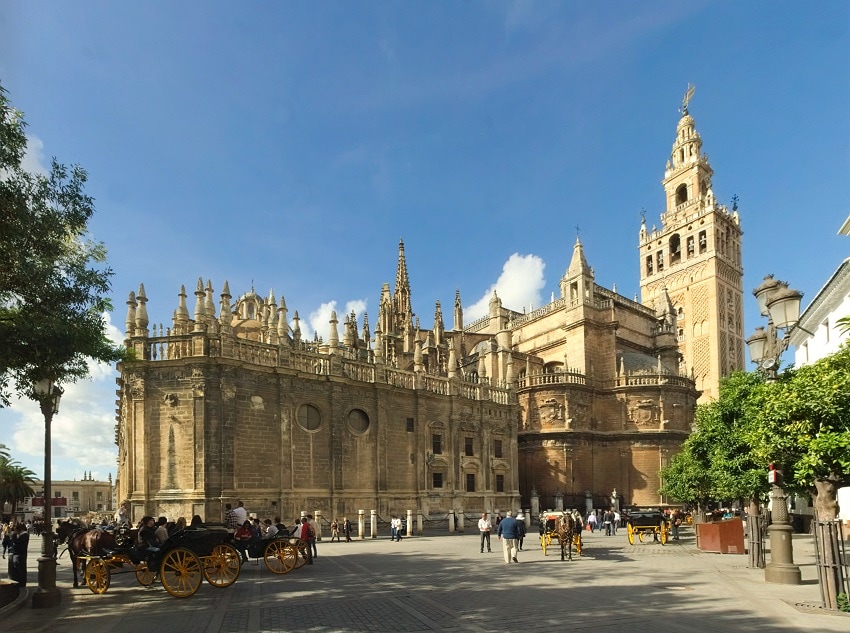 While the cathedral as a whole is quite impressive, one of the greatest works of art is the Seville Cathedral’s altarpiece. It is considered to be the largest altarpiece in all of Christendom and is almost 30 meters (98.42 feet) in height and 20 meters (65.6 feet) in width.

The tomb of Christopher Columbus is located just inside of the entrance of the Seville Cathedral. 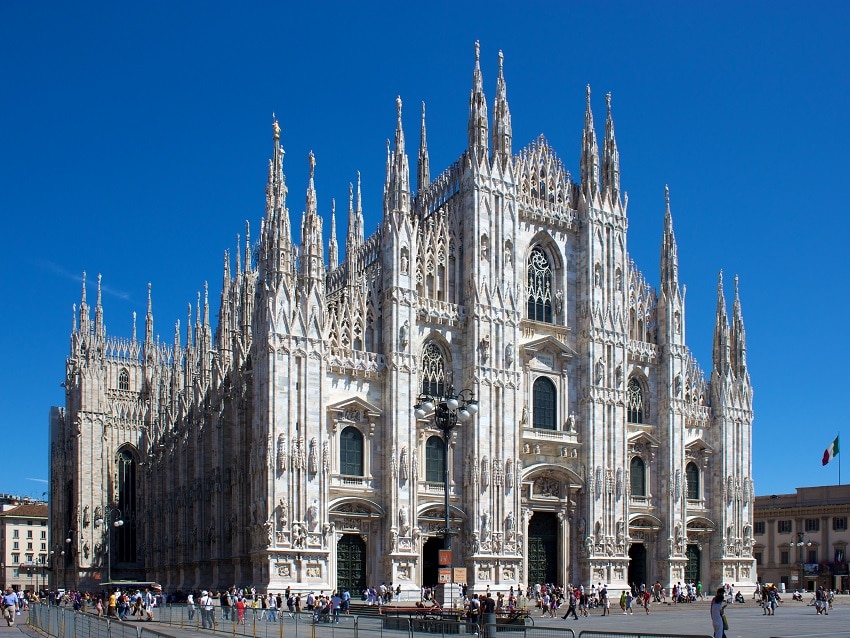 The Milan Cathedral traces its history all the way back to 1386 when Archbishop Antonio da Saluzzo made plans for a new cathedral, dedicated to Santa Maria Nascente. Over the next several centuries the Milan Cathedral was expanded an underwent extensive restoration work in the 20th century.

About 100,000 people visit the Milan Cathedral each week, amounting to over 6 million people annually.