Churches have always stood as testaments to people’s faith and belief in God. Due to this, churches are some of the largest structures ever built in history. Churches are also some of the most beautiful and ornate works of art and architecture in the world. The large churches on this list were mostly by the Roman Catholics of the past. However, not all of the churches are still under Catholic rule and the Hagia Sophia is now a museum. 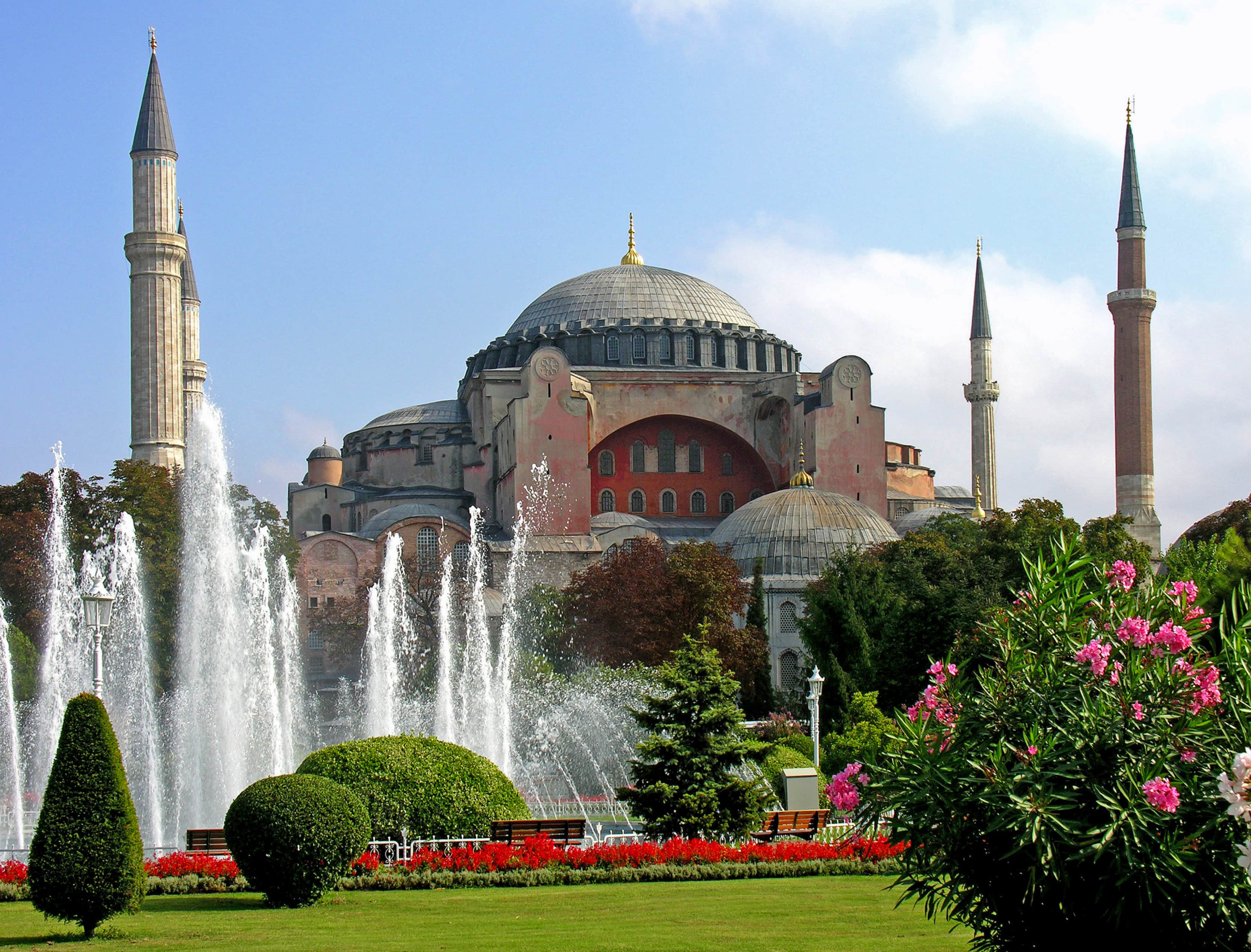 Although the Hagia Sophia no longer holds religious services, it does have a long history as religious center. The Hagia Sophia was the largest church constructed by the East Roman Empire and biggest operational cathedral in the world for several centuries.

Columns from the destroyed Temple of Artemis in Ephesus, one of the seven ancient wonders of the world, were used to build the interior of the Hagia Sophia. 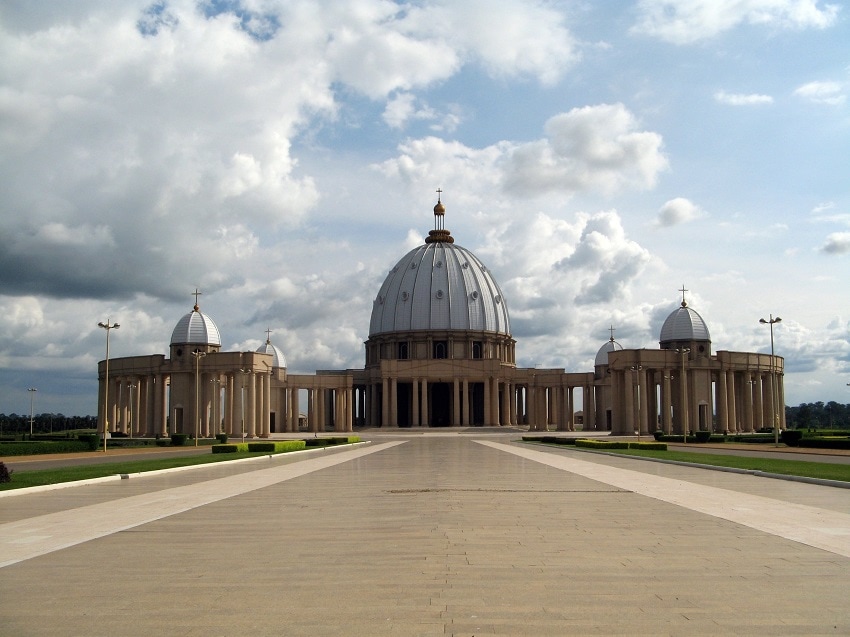 The Basilica of Our Lady of Peace is constructed with marble imported from Italy and has 7,000 square meters (75,347.37 square feet) of stained glass windows from France. 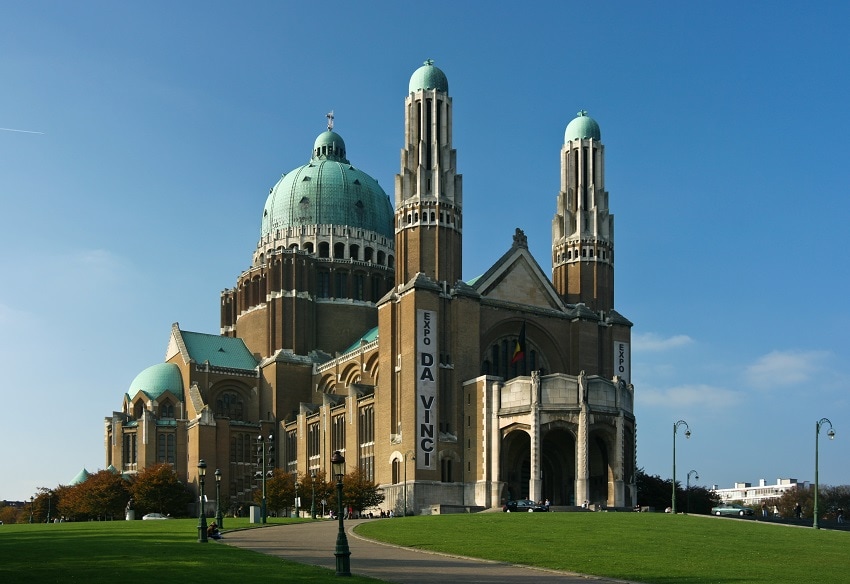 Like all great churches, the Basilica of the Sacred Heart houses some great works of art, including sculptures by two famous artists, George Minne and Harry Elstrøm. The Basilica also has stained glass windows that were designed by Beligium’s best stained glass artists in the mid-20th century.

There are two museums inside of the Basilica of the Sacred Heart, the Black Sisters Museum and Modern Religious Art Museum, which has a collection of paintings and sculptures from the Diocese of Bruges. 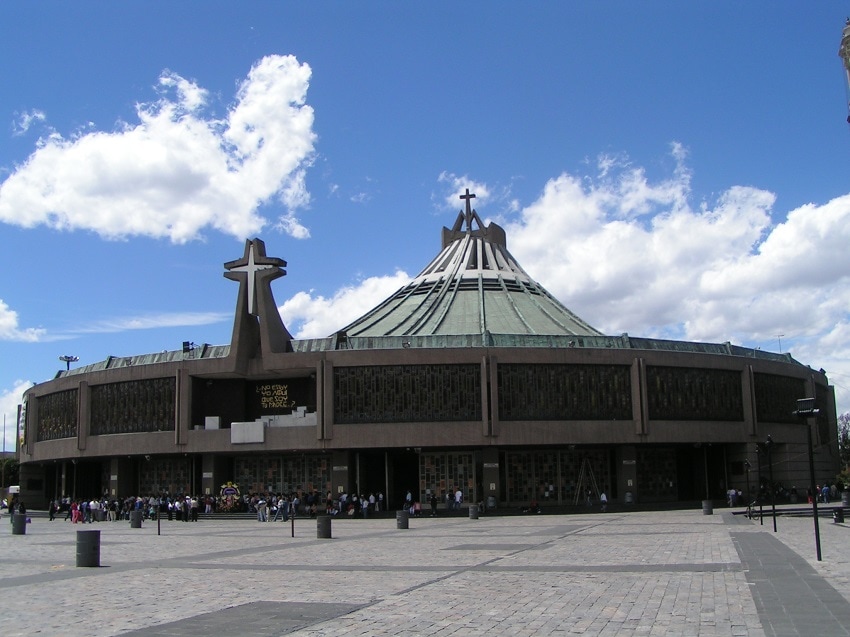 The Basilica of Our Lady of Guadalupe is the largest church in Mexico with an area of 8,167 square meters (87,909 square feet). The site that the Basilica sits on is sacred and according to tradition Our Lady of Guadalupe appeared before St. Juan Diego Cuauhtlatoatzin, an Aztec convert to Roman Catholicism, in 1531 and told him to build a church on the site.

The Basilica of Our Lady of Guadalupe is considered one of the most important Catholic shrines in the world because it houses the original miraculous apron containing the image of the Virgin Mary. 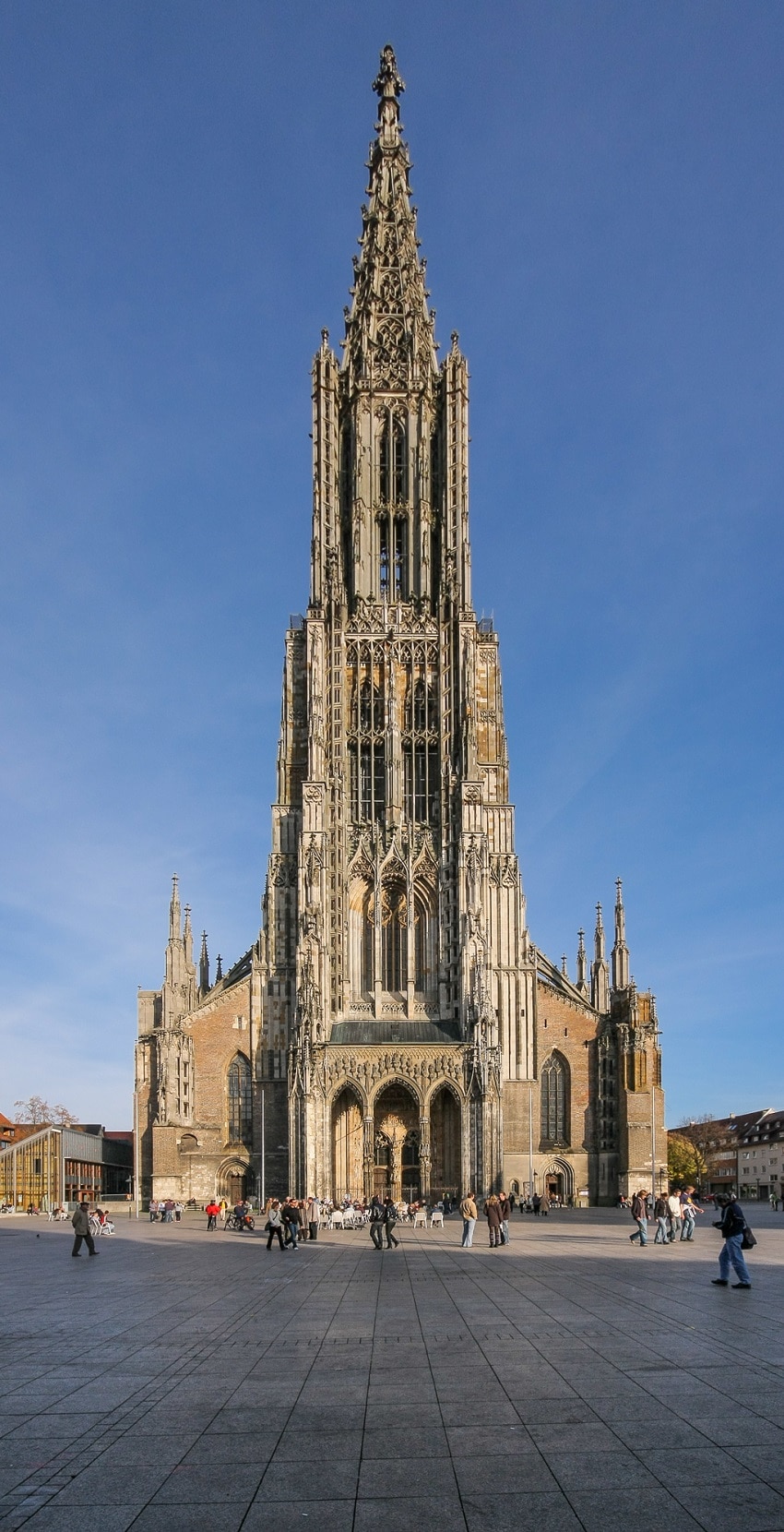 The organ inside of Ulm Minster was previously the largest organ in the world and was played by Amadeus Mozart. 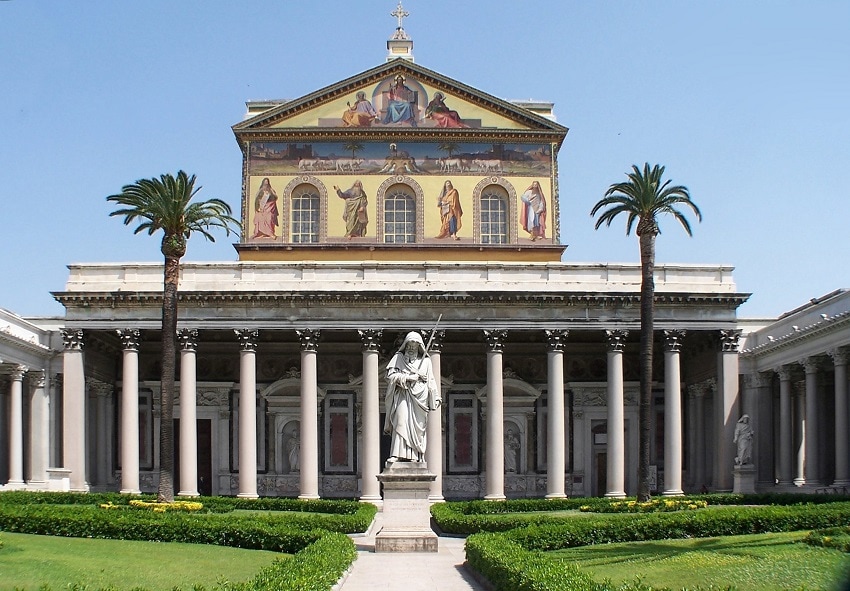 The current Basilica of Saint Paul Outside the Walls has an area of 8,515 square meters (91,654.7 square feet). At the site of the complex is also an ancient Benedictine Abbey, restored by Odon of Cluny in 936 CE. Amazingly, this Abbey is still active today under the direction of its current Abbot.

The Basilica of Saint Paul Outside the Walls reportedly houses papal portraits which supposedly predict the end of the world or the Second Coming. 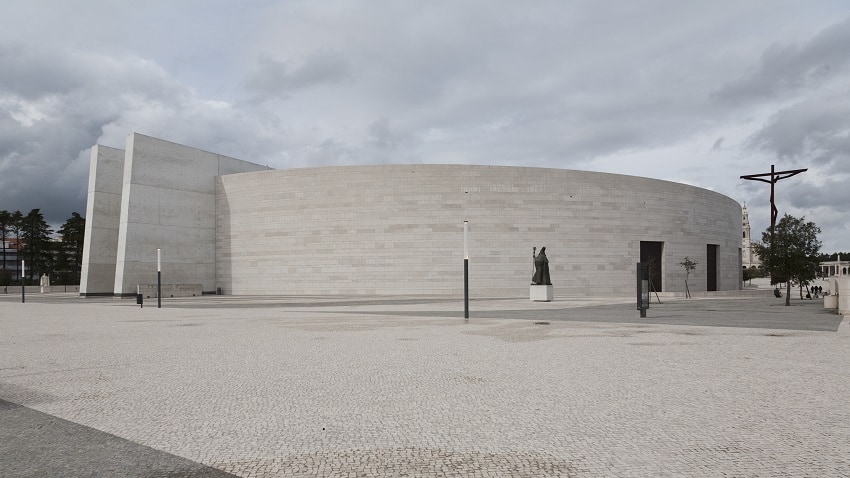 Since the Sanctuary of  Fátima is visited by millions of people each year, a new church was needed at the site as the previous church only held a few hundred people. The Basilica of the Most Holy Trinity was built between 2004 – 2007 and has a modern architectural look.

The Sanctuary of  Fátima has been an important Catholic pilgrimage center since 1917 when Holy Mary appeared to three children on several occasions. 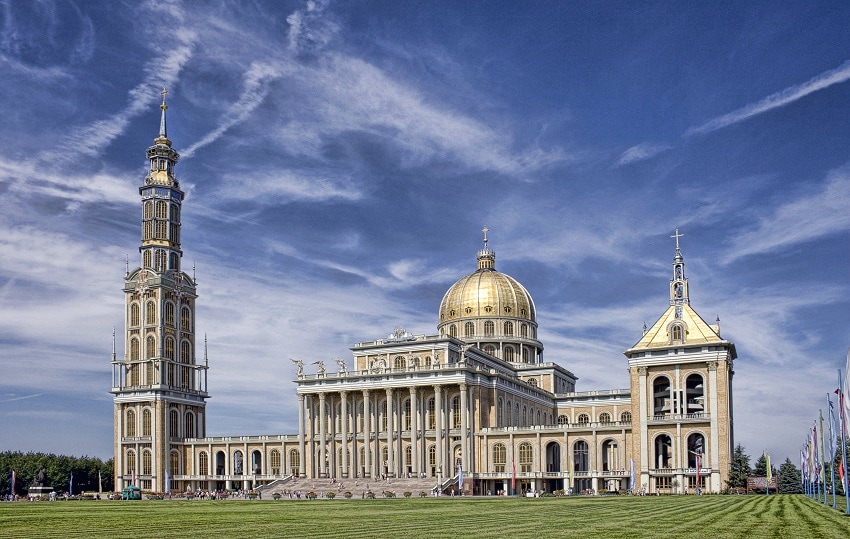 The bell tower of the Basilica of Our Lady of  Licheń is 63 meters (206.7 feet) high and houses Poland’s largest bell. 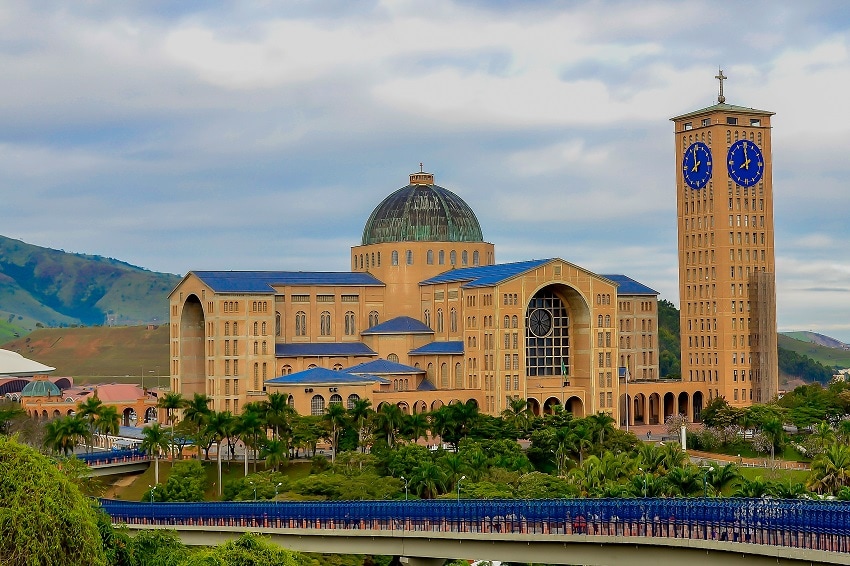 The grounds surrounding the Basilica of the National Shrine of Our Lady of Aparecida contain a shopping mall, medical clinic, and restaurants. 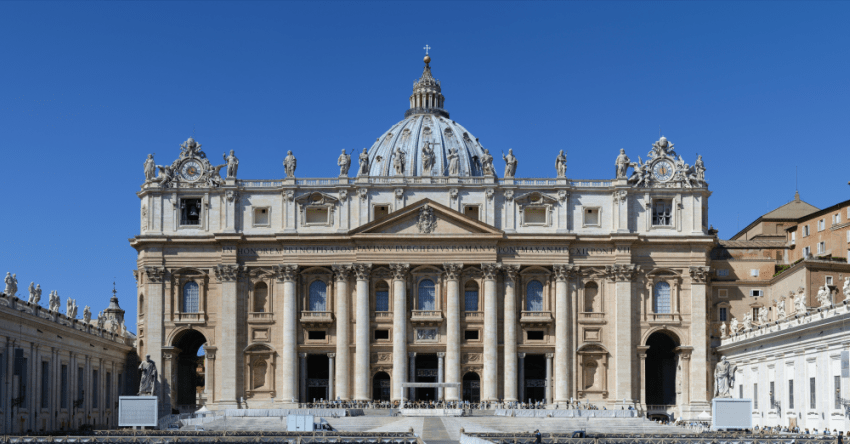 While St. Peter’s Basilica is the most impressive Catholic church, it is not actually the mother church of the Catholic Church nor the cathedral (seat) of the Diocese of Rome. However, it is considered one of the holiest places in the Catholic religion. St. Peter’s Basilica is also a place of pilgrimage for many Catholics and the Pope often presides at a number of liturgies each year, which draw tens of thousands of people.

None of the paintings and frescoes adorning the interior of St. Peter’s Basilica are actually paintings. Every single one of them is actually a mosaic made of thousands of tiny glass pieces.