Bridges provide people with a reliable way to cross large bodies of water in their own vehicles. They often alleviate the need for ferries, which makes them a good investment in highly populated areas. While some bridges cross modest rivers and small lakes, others can stretch on for miles!

So, just how long are the lengthiest bridges in the United States? Today we’ll be looking at the 10 longest American bridges and ranking them according to how many miles long they are. We’ll also learn some interesting details about their surrounding areas and constructions! 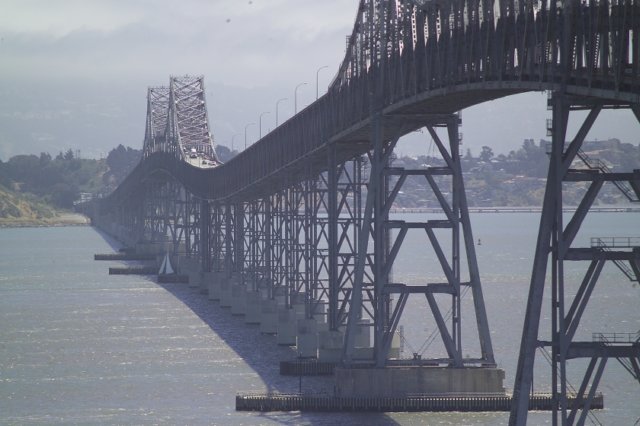 This lengthy bridge forms an important connection between the east and northern sides of the San Francisco Bay area. Its primary function upon opening was to replace the services of the now-defunct Richmond–San Rafael Ferry Company. Plans to build the bridge had been underway since the 1920s, before the Golden Gate Bridge was completed. In the 1950s, these plans underwent drastic changes before any actual building began.

While this is a toll bridge, toll fees are only collected from westbound traffic. 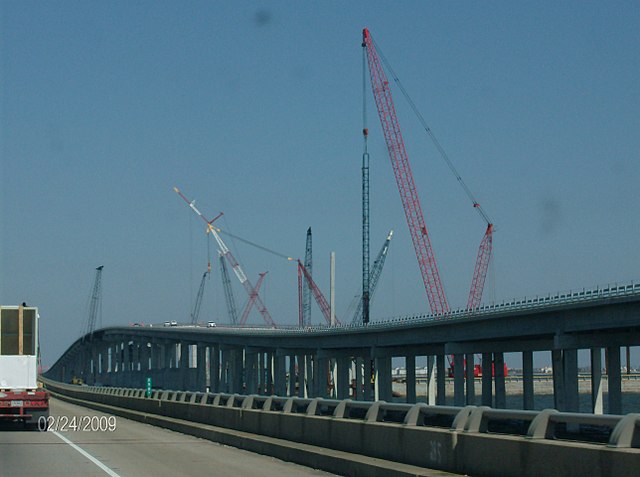 As its other name, the I-10 Twin Span Bridge, would suggest, this impressive structure is made up of two parallel trestle bridges that both cross the famous Lake Pontchartrain. The majority of the bridge construction and assembly actually happened on nearby barges to make material transportation easier. Each of the original two spans were opened in 1965, but needed massive reconstruction following the devastation of Hurricane Katrina.

The new spans of the Frank Davis Memorial Bridge were opened in 2009 and 2010. 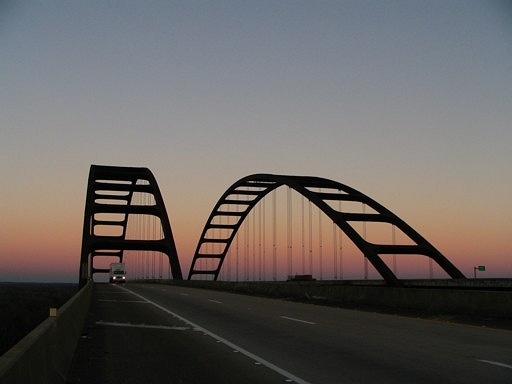 This bridge is informally known in the surrounding area as the “Dolly Parton Bridge” and it is quite visually striking thanks to its weathering steel arches. This bridge gets its nickname “Dolly Parton Bridge” because the red lights on the arches are said to line up in distinctive curves that bring her figure to mind. In 2014, the bridge was damaged by the heat resulting from a crash involving two large semi trucks and had to temporarily close down.

In February of 2019, this bridge was closed due to falling chunks of concrete debris. 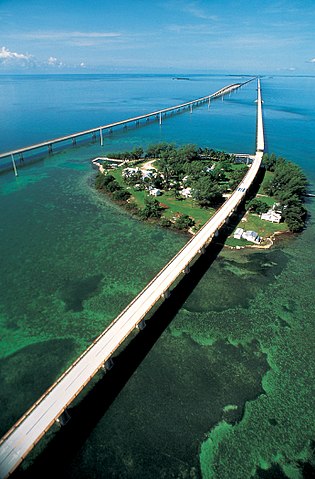 This bridge is located within the Florida Keys and serves to connect Little Duck Key to its northern neighbor, Knight’s Key, which is part of Marathon, Florida. The construction of this bridge includes an arc towards its middle that features a 65-foot clearance to allow boats to pass beneath it. The history of the bridge actually begins with Henry Morrison Flagler, who helped found Rockefeller’s Standard Oil Company and wanted to expand American trade further into the Caribbean.

The original bridge structure had to be replaced after damage from Hurricane Donna. 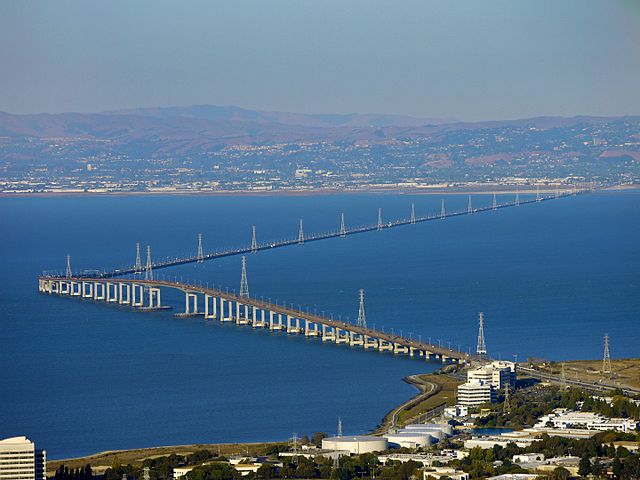 Connecting San Francisco Peninsula with the East Bay is the San Mateo-Hayward Bridge, which is often referred to simply as the San Mateo Bridge. The original structure needed to be replaced during the 1960s because the area had become too populous and the aging bridge was severely overcrowded. The new bridge cost a whopping $70 million and featured two lanes heading in each direction.

This bridge is more or less parallel to the San Francisco–Oakland Bay Bridge. 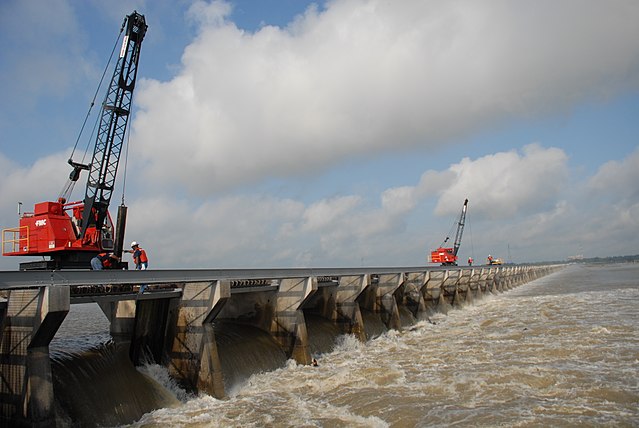 The Bonnet Carre Spillway, or Bonnet Carre Floodway, was constructed in the wake of a devastating flood in 1927 that ravaged 27,000 square miles of the lower Mississippi Valley. The Spillway diverts excess water from the Mississippi River into Lake Pontchartrain to prevent further flooding and damage. The concrete trestle bridge runs along the top of the Spillway dike and guides Interstate 10 over the water.

While the Spillway is key in the flood protection plan for the Mississippi Valley, it’s also part of the larger Mississippi River and Tributaries Project. 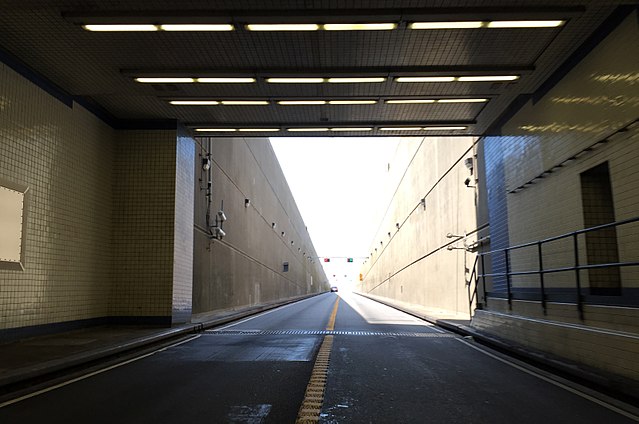 Bridges don’t always stay on top of the water, as evidenced by the Chesapeake Bay Bridge-Tunnel, or CBBT for short. This bridge serves as the only connection between Virginia’s Eastern Shore and South Hampton Roads, and accommodates four lanes of traffic. The bridge is partially made up of two tunnels, each of which are about a mile long and emerge on man made islands.

Over 130 million vehicles had crossed this bridge by May of 2018! 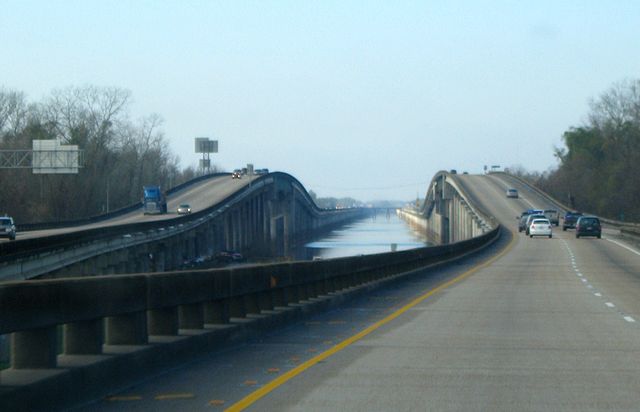 This bridge is also called the Louisiana Airborne Memorial Bridge, and its construction is believed to have begun in 1971. When the Atchafalaya Basin Bridge was first completed, it was the longest bridge in the entirety of the United States! The bridge’s construction was a rather tricky venture because of the variation and bogginess of the surrounding geography and the likelihood of flooding.

The two river crossings of this bridge see a lot of accidents since they’re close-quartered with narrow shoulders. 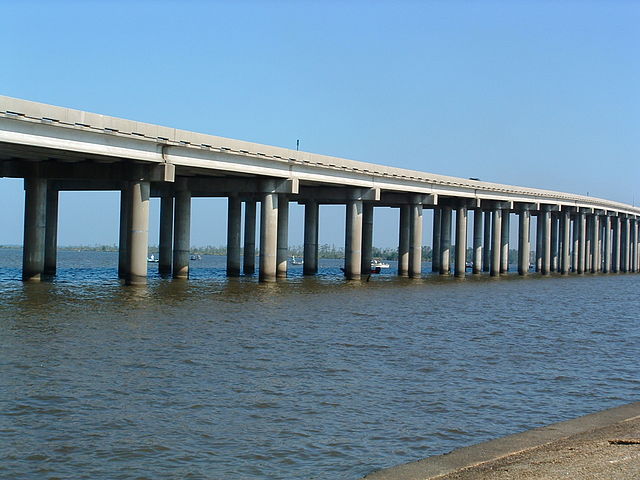 The piles of this bridge were driven 250 feet beneath the swampland in order to keep everything structurally stable. 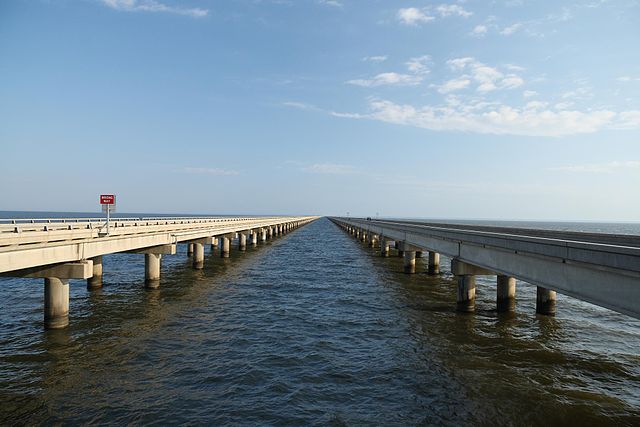 The Lake Pontchartrain Causeway is the longest bridge in the United States. It is made of two parallel bridges with terminals in Metairie and Mandeville, and is listed as the longest bridge in the world over water by the Guinness Book of World Records. However, its title has been hotly contested because many people believe that the Jiaozhou Bay Bridge in China is longer! The Lake Pontchartrain Causeway cost $46 million to build by the time it opened in 1956.