Bridges are an invaluable component of the world’s infrastructure, helping to connect people across large bodies of water that previously required boats or ferries to cross. Suspension bridges are especially fascinating, often serving as beautiful landmarks alongside their functionality. 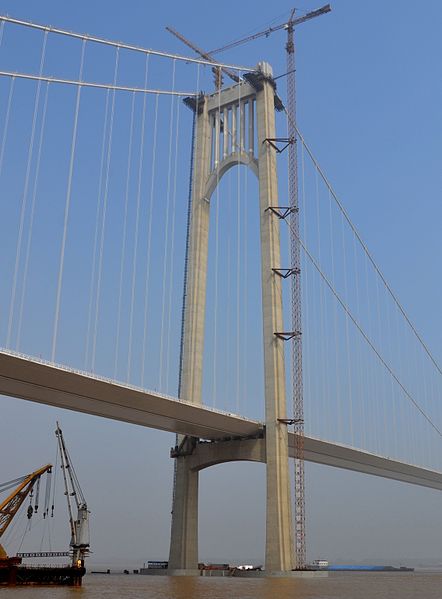 This impressive bridge provides six-lane highways going in either direction and is modeled after expressways that permit drivers to pass through at high speeds. There are also two railways and sidewalks that run along the entire length of the bridge. Alongside its efficiency, the Nanjing Fourth Yangtze Bridge is also rather artistic, featuring a number of beautiful statues that serve as tributes for various workers.

The construction of this bridge began in the 1960s and lasted for around eight years. 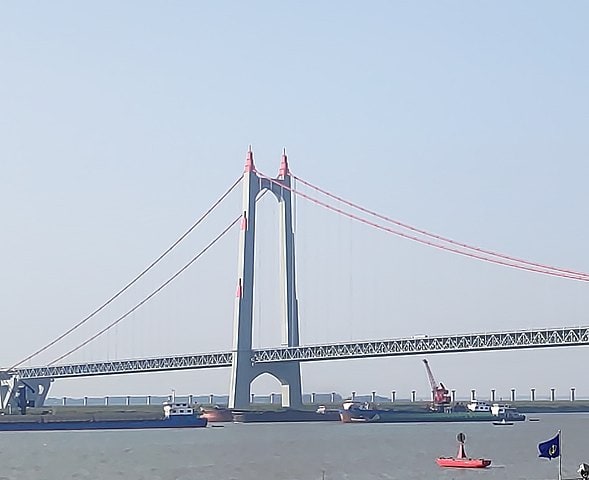 The Dongting Lake Bridge boasts another two-way six-lane highway and serves as a key part of Hunan Province’s infrastructure. This bridge is considered to be one of the “next generation” bridges due to the magnetorheological fluid that’s contained within its cable dampers. The special fluid can change viscosity in response to magnetic stimulation, allowing improved control over stress resistance.

Dongting Lake is nicknamed “the kidney of the Yangtze River,” and it is China’s second-largest freshwater lake. 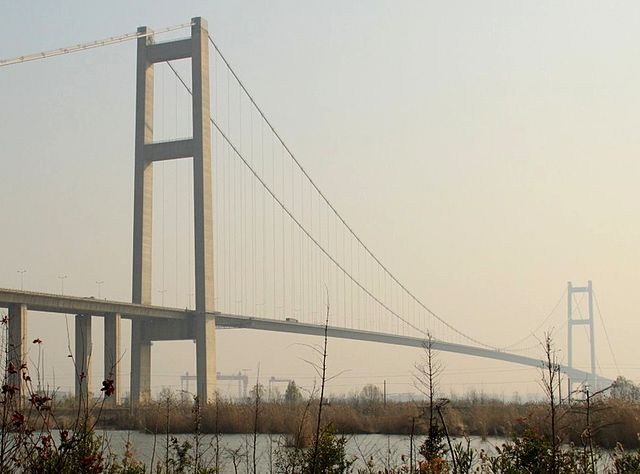 This glorious bridge crosses the Yangtze River downstream of Nanjing, the second-largest city in East China. Before this bridge was constructed, it took a ferry service running around the clock to transport people between Yangzhou and Zhenjiang Railway Station. It now costs around 15 Yuan per small car to cross the river, and takes significantly less time than it used to!

The cable height on this bridge nearly reaches a staggering 210 meters! 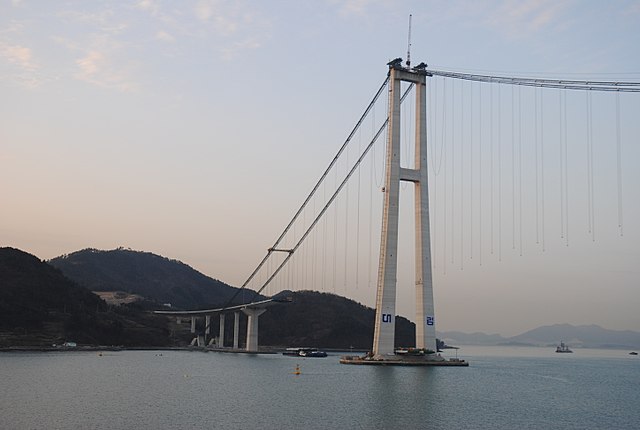 This suspension bridge begins in Yeosu city in South Korea and is named after naval commander Yi Sun-sin, who is remembered for his victories against Japanese naval forces during the time of Joseon Kingdom. The bridge was constructed by the Daelim Industrial Company and designed by the Yooshin corporation. Daelim Industrial Company actually carried out the entirety of the bridge’s construction engineering instead of outsourcing. 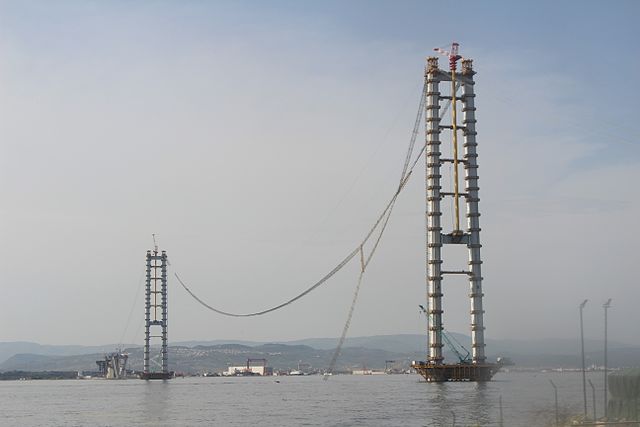 This suspension bridge was the fourth-longest in the world at the time of its opening, and it supports the Otoyol-5 or O-5 motorway across the Gulf. The bridge connects Gebze with the Yalova Province, providing some much-needed efficiency. In 2015, an accident as a result of high winds caused a cable to fall into the water, but fortunately, no workers were harmed.

The bridge is named after Osman Gazi, the first sultan and founder of the Ottoman Empire. 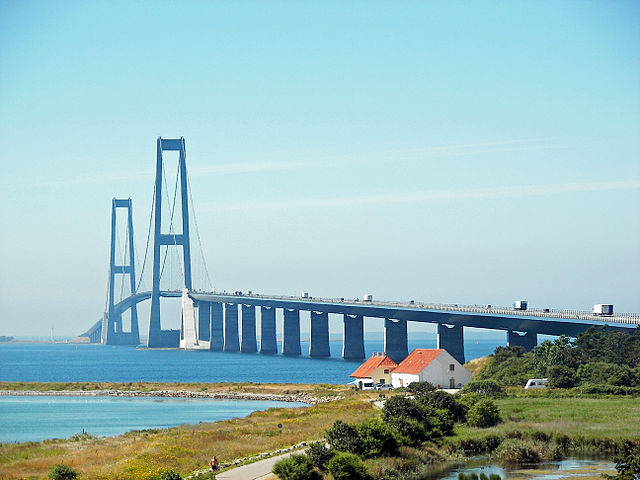 This massive structure in its entirety, including the Great Belt Bridge itself, is called the Great Belt Fixed Link, and it is actually comprised of two bridges and one tunnel. More than 27,000 vehicles cross the bridge on an average day, and the daily vehicle count can increase to approximately 40,000 during peak season! The bridge’s construction lasted from 1988-1998 and cost around DKK 21.4 billion at the time.

Both vehicle and train tolls finance the maintenance and upkeep of the Great Belt Fixed Link. 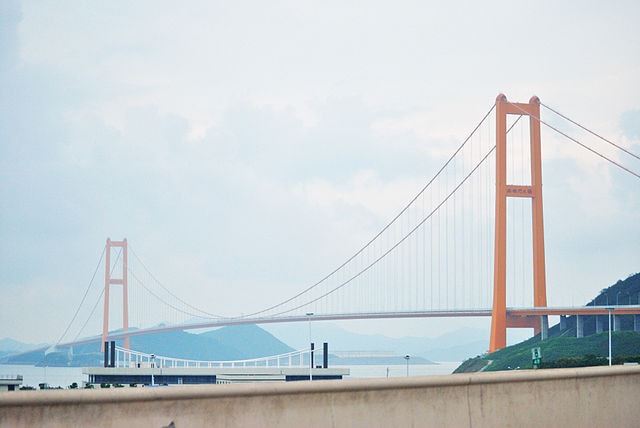 The Xihoumen Bridge serves to connect Jintang Island with Cezi Island and is one of several bridges that link the Zhoushan Archipelago with the city of Ningbo. This impressive bridge also forms part of the Yongzhou Expressway, and the main span of the bridge took around two years to construct. Its construction was part of the Zhoushan Mainland and Islands Link Project that began in the year 1999.

When it was first built, this bridge was the second-longest in the world according to the measurement of its center span. 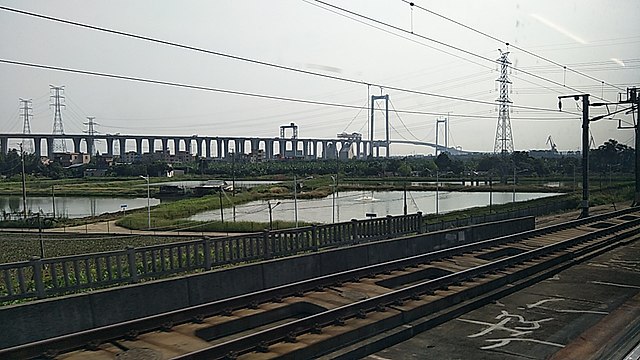 This bridge makes up the starting section of the Guangzhou-Longchuan Expressway and cost approximately 12 billion Yuan to construct. It was originally set to be named the Humen Second Bridge while under construction, but its name was later changed to match Nansha, the location in Guangzhou where the bridge begins. The bridge forms a key part of the Pearl River Delta expressway network!

The Nansha Bridge’s construction began in 2013. 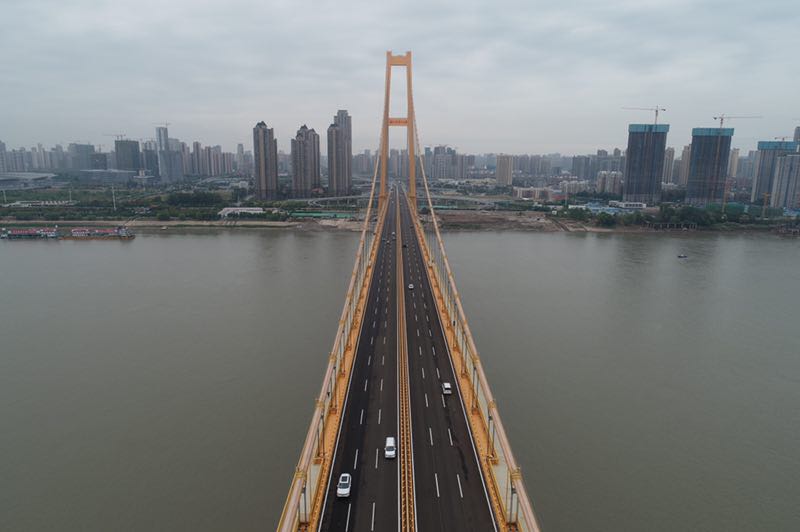 This majestic bridge was just recently opened in Wuhan, Hubei, China in order to transport people in all kinds of vehicles across the Yangtze. A staggering 12 lanes run in both directions  and there is space on the bridge for motor vehicles, non-motor vehicles, and pedestrians as well! This double-deck suspension bridge took five long years to construct, and it is anticipated to expand local growth and development.

This bridge serves to link the Hanyang and Wuchang districts together. 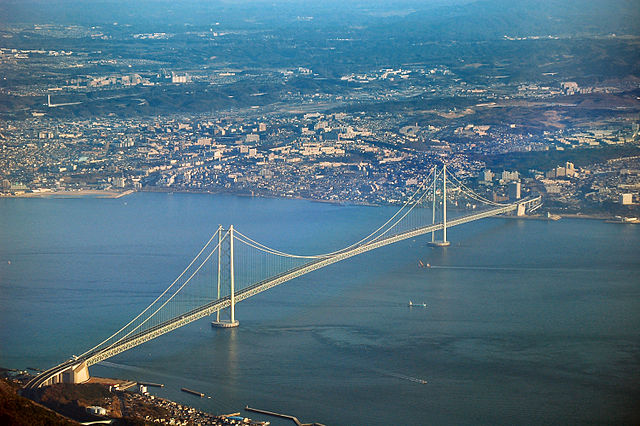 The Akashi Kaikyō Bridge is the longest suspension bridge in the world by main span. It is part of the Kobe-Awaji-Naruto Expressway, which is one of three expressways that connect the islands of Honshu and Shikoku. It was the longest suspension bridge in the world when it was opened in 1998, and it’s never once been surpassed! Since the surrounding area sees some of the most turbulent and dangerous storms in the world, the bridge is skillfully built to withstand winds of up to 290 km (180 miles) per hour.

The local storms made the ferry system that preceded this bridge very dangerous, and two ferries sank in 1955 with many casualties.