Newspapers are an excellent way for people to keep themselves up-to-date in terms of local, national, and international events. Reading the morning paper can also provide insight into everything from celebrity news to the latest developments in agriculture and technology. As you can probably imagine, tons of United States citizens read the newspapers every day in order to stay informed!

So, just how many copies of the top American newspapers are circulated on an average weekday? Today we’ll be looking at the 10 largest newspapers in the United States and ranking them according to their average daily circulation count! We’ll also learn some interesting facts about what sets each one apart.

The Boston Globe, often simply known as “The Globe,” was created in 1872, and it is the oldest newspaper in Boston. Charles H. Taylor purchased the paper in 1877 and quickly increased the circulation to include both a morning and evening news lineup. The paper originally focused largely on local news and events and still puts a spotlight on local happenings today, but it now includes much more national and international coverage.

The Boston Globe was the first big-name newspaper in the United States to speak out against the Vietnam War.

Three Chicago residents came together to form the Chicago Tribune in 1847, but unfortunately, the company was nearly bankrupt by 1855. Editor Joseph Medill Patterson then promptly purchased the company, saving it from ruin by taking advantage of engaging topics like abolition. Thanks to Joseph, the Chicago Tribune became closely linked with Abraham Lincoln and was used to promote his views.

When the Chicago Tribune became slightly less political in its content, it became known for its reliable coverage of midwestern agriculture and industry.

This evening tabloid newspaper was founded by Alicia Patterson, daughter of Joseph Medill Patterson, alongside her husband, Harry Guggenheim. Alicia had actually been fired from her father’s publication in the past for getting basic facts about a divorce incorrect in a published piece! The publication moved around between several plants for a few decades before finally settling in Melville.

Newsday won the first of its three Pulitzer Prizes for its “disinterested and meritorious public service” in 1953.

This newspaper was originally founded in 1867 as the Minneapolis Tribune and later became a competing paper, the Minneapolis Daily Star, in 1920. The competing newspapers were combined into a single publication, and the Tribune was released each morning while the Daily Star was put out in the evenings. After 1987, the newspaper was published in three different editions based on different regions.

The Daily Star states that it prioritizes public service and local issues in its publications.

The Washington Post is one of the most prestigious American newspapers, having firmly established a name for itself by covering political events and news. The Washington Post was first established in 1877 and sold several times, becoming more sensationalist during the early 1900s. This paper is number one in the United States capital and is said to be one of the greatest news publications in the country.

In 1954, The Washington Post bought the Washington Times-Herald, acquiring the rights to Drew Pearson’s column as a result.

First founded in 1881, the Los Angeles Times truly began picking up momentum during the 1960s when its coverage expanded past local daily news and included more widespread interests. Publisher Otis Chandler played a key role in increasing the reach of the newspaper’s coverage during this time. The newspaper is known for being politically biased, but was still highly commended for its hand in Southern California’s technology growth and innovation.

During its early days, the Los Angeles Times was known for a distinct theme of boosterism, or content specifically formulated to make its local area seem more appealing.

Not to be confused with the New York Times, the New York Post has remained the United States’ oldest continuously-published newspaper since its founding in 1801! This newspaper was founded by Alexander Hamilton as the New-York Evening Post, and it only cost $10,000 to do so at the time. Hamilton’s co-investors included Oliver Wolcott and Robert Troup, who were both members of the Federalist Party.

Speaking of the New York Times, this morning daily newspaper has actually never once been America’s largest newspaper in terms of circulation volume. Instead, its claim to fame lies with its excellent editing and intellectual edge. The paper was founded in 1851 and has since won a staggering 127 Pulitzer Prizes! The New York Times Company has been owned and controlled by the Sulzberger family since 1896.

The New York Times’ motto is “All the News That’s Fit to Print”.

Edward Jones and Charles Dow of Dow Jones & Company founded the Wall Street Journal in 1889, building upon the roots they both had in the journalism field. This newspaper has an undeniable focus on economics and related local events with business people and the financial community as its target audience. The Wall Street Journal has also won 37 Pulitzer Prizes for its thorough and snappy news coverage.

The editorial board of the Wall Street Journal has promoted a fair bit of pseudoscience regarding climate change, ozone depletion, and acid rain. 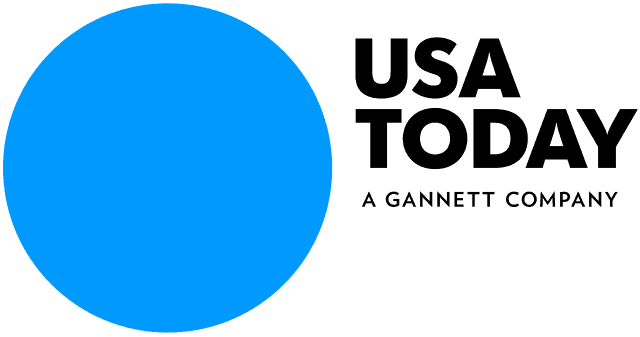 USA Today is the largest newspaper publication in the United States according to circulation volume. It is also known for providing high-quality coverage alongside colorful images, concise stories, and content related to current events in the entertainment industry. These features were what originally set USA Today apart from its competitors, and they’ve since influenced other newspapers to follow suit! USA Today first launched its website on April 17, 1995 in order to provide live coverage as well.

USA Today was first launched by Allen Neuharth, who is also the head of the Gannett Company and its chain of newspaper publications.