Swimming is one of the oldest known human activities and the oldest records of people swimming date back to around 6000 BCE – but people have most likely been swimming for much longer. The earliest known pool, which was a public bath, was built over 5,000 years ago and people have not looked back since. Swimming pools have always been a way to bring recreational aquatic areas to places that miles away from any lakes or beaches. Today’s pools are larger, grander, and are more like man-made lakes than the average backyard swimming pool. 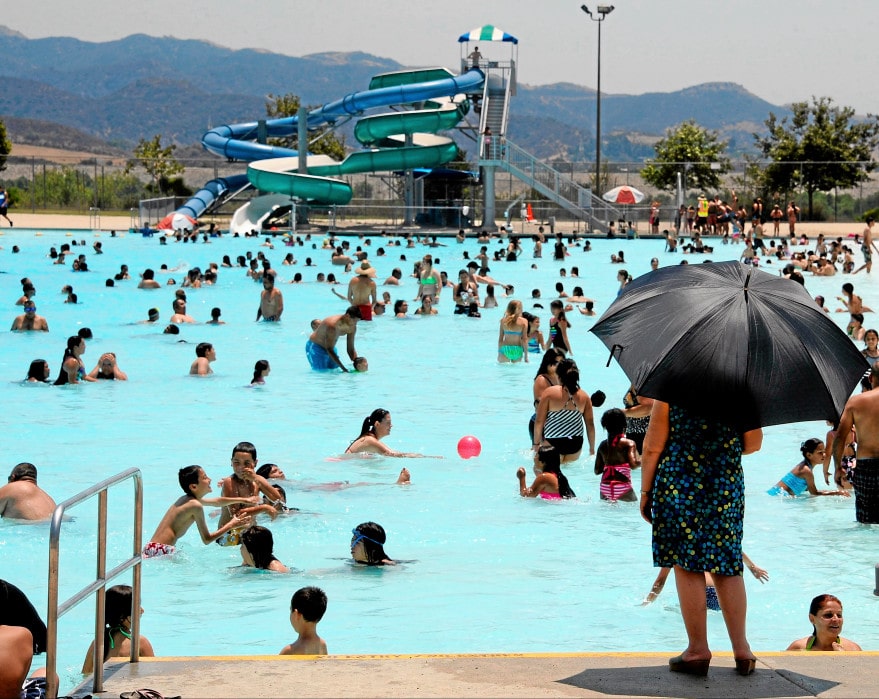 The pool at the Hansen Dam Recreation Center in Los Angeles is the largest pool in the United States. The pool is open to the public and is considered one of the best public pools in California. The Hansen Dam pool has an area of 1.5 acres (6,100 square meters) and is located in the flood control basin near the Hansen Dam.

Although the Hansen Dam Recreation Center was built in 1998, it was not the first recreational area built in the area. After World War II, the city decided to fill the space behind the Hansen Dam with sand to create a sand beach and people were also allowed to boat at the lake. 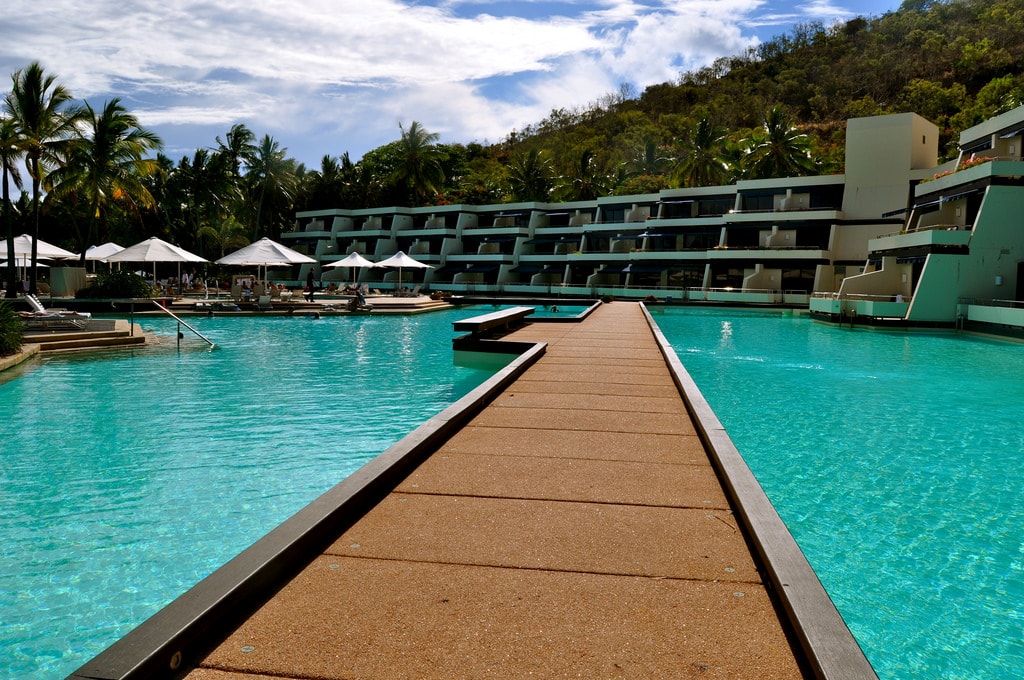 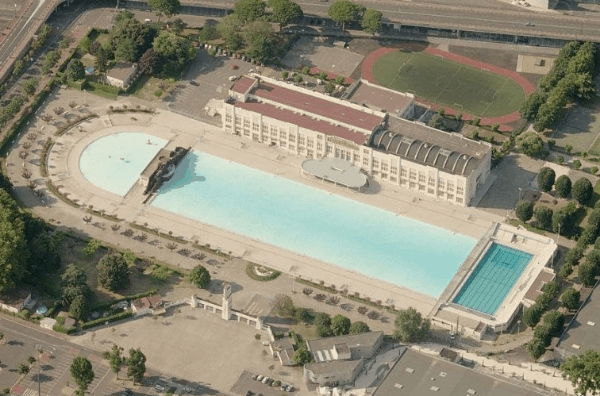 The Piscine Alfred Nakache is open to the public for a small fee and discounted memberships are also available. The pool also hosts a number of community events and classes for adults and children.

Alfred Nakache competed at a number of Olympics, but his most memorable Olympics was from 1948, although he did not medal that year. Nackache was the only athlete at that year’s Olympics who had been put into a concentration camp during World War II.

Dreamworld’s Fun Lagoon is large enough to hold 8.14 million liters of water. Since the pool is so large, people can rent a number of water sports equipment, including canoes, a wrestling ring, row boats, and inflatable slides.

In addition to the Fun Lagoon pool, Dreamworld has its own man-made beach, which is the first of its kind in Pakistan. 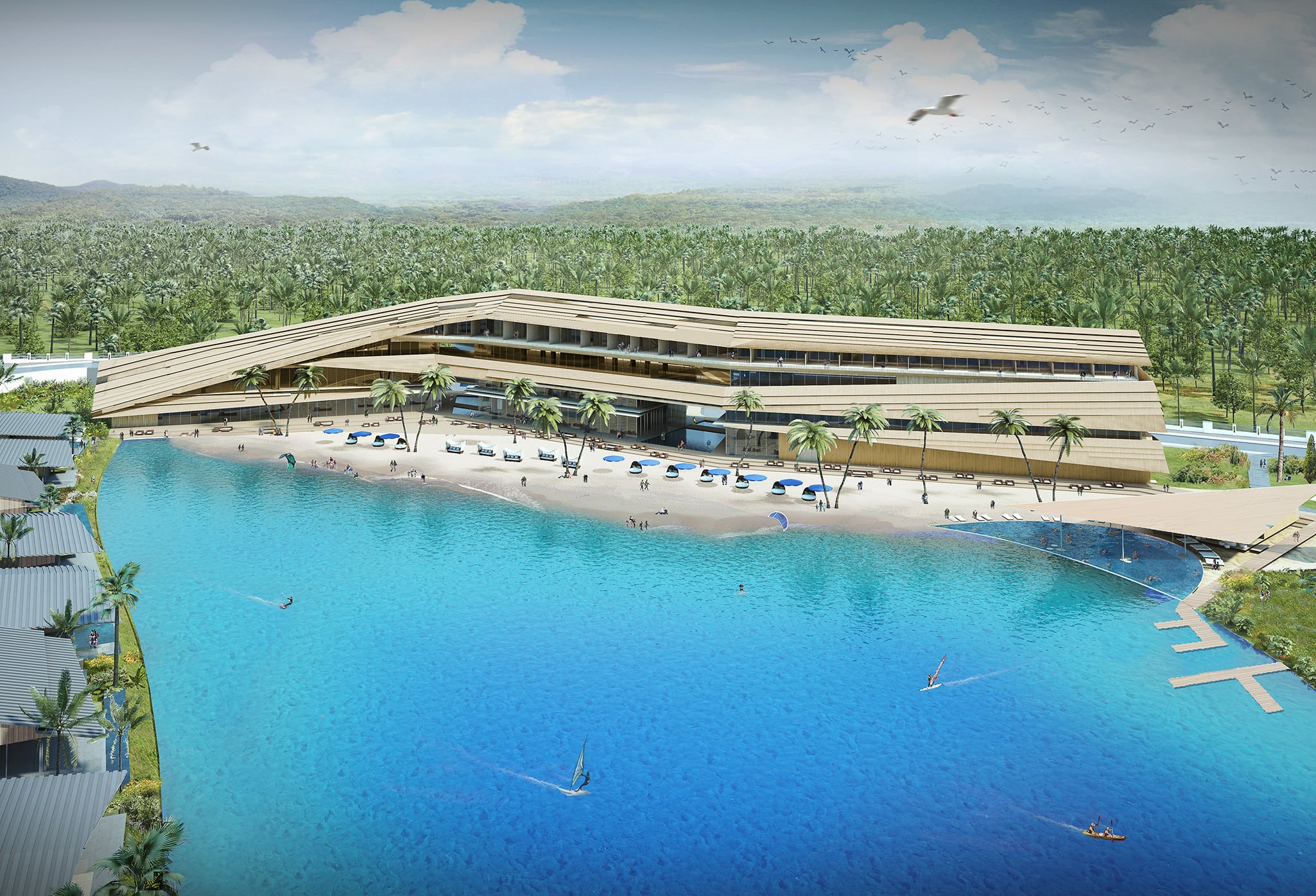 The pool at MahaSamutr, a luxury villa complex and private country club in Hua Hin, Thailand, is the largest pool in Asia. MahaSamutr’s pool is yet another project built by Crystal Lagoon, which specializes in building salt water pools anywhere in the world. The pool at MahaSamutr is 17.8 acres (72,034.04 square meters) and was the first project for Cystal Lagoon in Thailand.

All of the 80 villas at MahaSamutr are waterfront properties as the houses were either built around the lagoon or are located in an “island” at the center of the pool. Each villa has direct access to the lagoon. The country club is also located right next to the lagoon and MahaSamutr’s residents enjoy a lifetime membership at the club.

MahaSamutr was designed by renowned Japanese architect, Kengo Kuma, and the villas range in price from $1.2 million – $2.5 million. 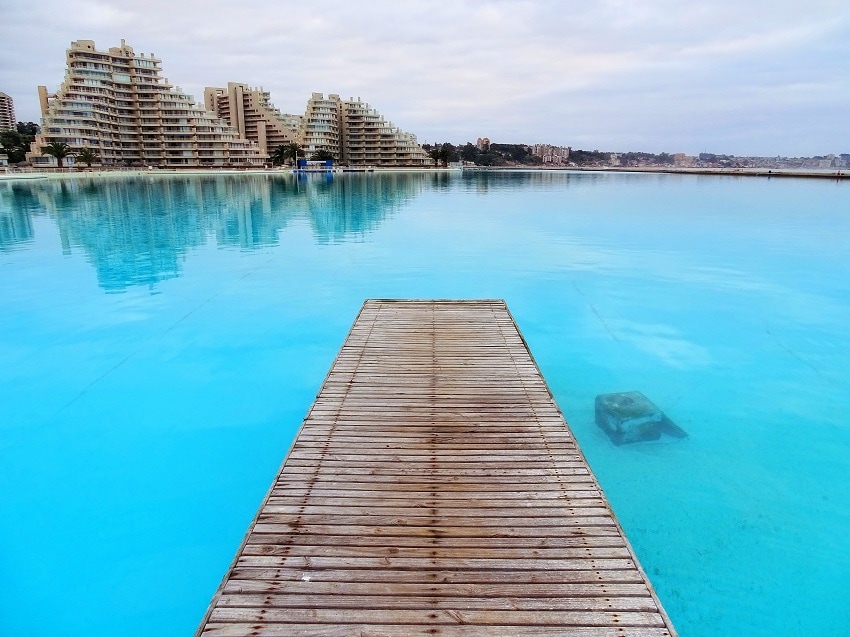 Like all of Crystal Lagoon’s pools, the pool at San Alfonso del Mar contains salt water. In addition to being large in terms of volume, the San Alfonso del Mar pool is also very long – it is over 1 kilometer (3,280.84 feet) in length, which equals about 6,000 standard 8-meter (26.25 feet) long pools.

Initially, the San Alfonso del Mar resort was only supposed to have 400 units, however after the success of the pool, 1,000 more units were added around the lagoon. 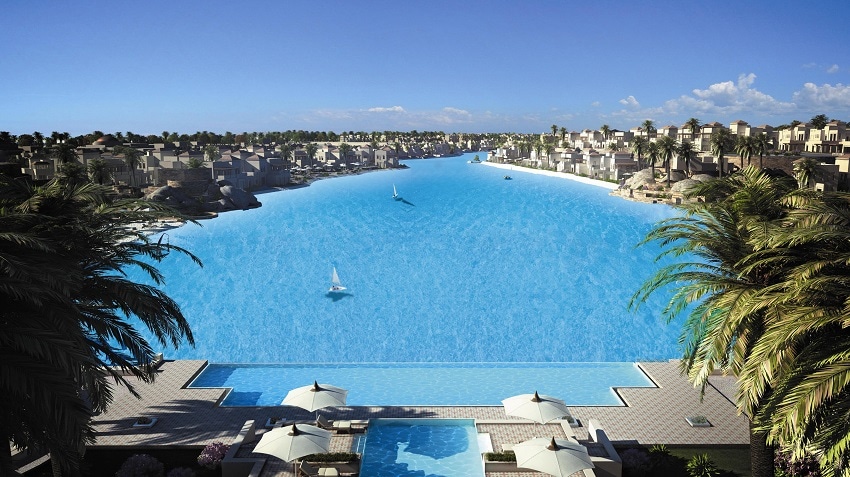 The large lagoon is just one of 12 Crystal Lagoons at Sharm El Sheikh, which have all together comprise over 250 acres (1,012,000 square meters). The Crystal Lagoons are surrounded by 7,000 cubic meters (247,202.7 cubic feet) of sand, creating a beach oasis in the middle of the desert.

The Crystal Lagoon at Citystars Sharm El Sheikh contains salt water. The salt water supply comes from wells in the desert, that are otherwise useless.