Few machines are as impressive as locomotives, with their sleek appearance and staggering hauling power. Steam-powered locomotives were the first type of locomotives built, ushering in a new industrialized era with promises of more efficient cargo hauling and passenger travel. These locomotives were often extremely durable, with some of them even running to this day.

So just how large can steam locomotives get? There are plenty of different factors that can be taken into account while determining a locomotive’s overall “size,” including everything from length to traction effort and horsepower. Today, however, we’ll be ranking the 10 largest steam locomotives ever built according to their weights in order to see how they compare. 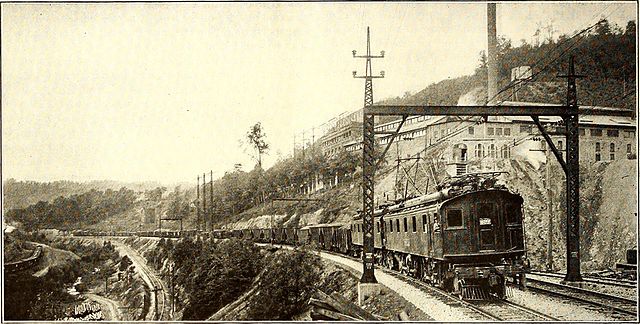 Although the Norfolk & Western Y-Class isn’t the largest steam locomotive, it was the strongest in the world while it was up and running. It retired from regular rail service back in 1959, but Norfolk & Western kept its steam locomotives highly active until the 1960’s. They traveled in a network radiating outwards from Roanoke, despite competition from the rising popularity of diesel engines trains.

The final surviving Norfolk & Western Y-Class locomotive is now on display at the Virginia Museum of Transportation. 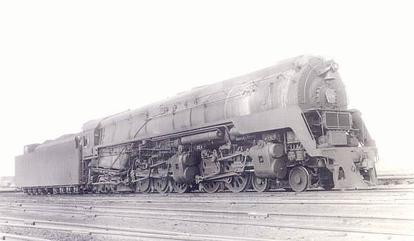 While the PRR’s static test plant verified 7,987 horsepower after testing, some people argue that the impressive PRR Q2 actually reached a full 8,000 horsepower and was the most powerful locomotive to ever have been static tested. This astounding machine was so powerful that it could reach speeds of 50 MPH with a full 125 freight cars in tow!

The PRR Q2 weighed over a million pounds and boasted no major performance or design flaws. 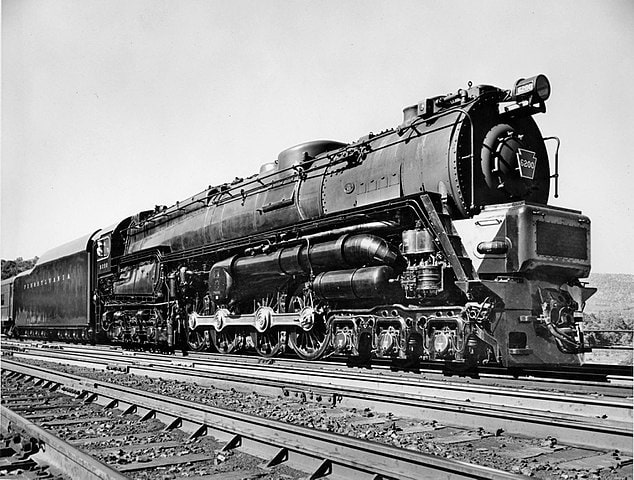 Another of the PRR’s experimental steam locomotives, the PRR S2 utilized two direct-drive steam turbines–one each for forward and reverse motion. This locomotive was originally intended to be much lighter, but World War II resulted in light steel alloy restrictions alongside delaying the PRR S2’s construction schedule. The added weight resulted in the need for six-wheel leading and trailing trucks to provide extra pushing power.

The PRR S2 was able to successfully reach 97% mechanical efficiency, meaning that only 3% of the steam power was lost during propulsion. 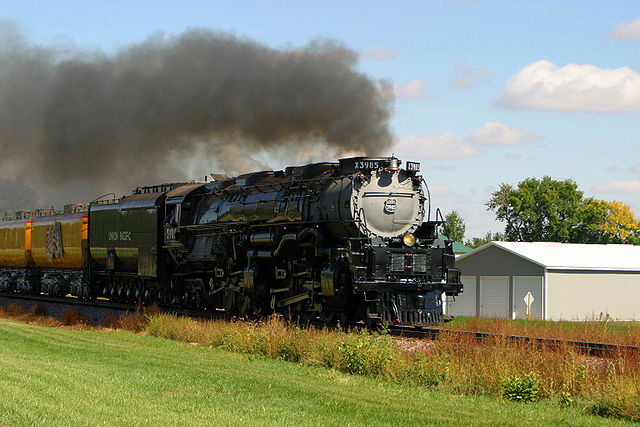 The American Locomotive Company (ALCO), which manufactured the Challenger, prided itself on incorporating cutting-edge technologies alongside its reliable, high-quality manufacturing 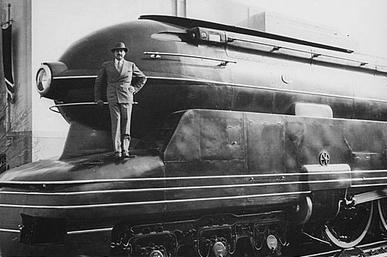 The experimental PRR S1 was completely unique in its construction and was aptly nicknamed “The Big Engine”. The sleek, Art Deco -style outer shell of the PRR S1 was designed by French-American industrial designer Raymond Loewy, whom you can see standing with his masterpiece in the photo. At over 140 feet in length, this hefty machine was the largest passenger locomotive ever built.

The PRR S1 featured a rigid frame and was the only duplex locomotive built with a 6-4-4-6 wheel arrangement.

This steam locomotive was built with a 2-8-8-8-2 wheel arrangement. This means that the locomotive had two sets of 2 wheels at the front and back, known as leading wheels and trailing wheels, along with three sets of 8 driving wheels in between.

The Erie Railroad originally connected New York City with Lake Erie, and its construction was stalled several times as a result of financial troubles and slow, expensive labor.

Where duplex locomotives have two sets of drivers running them from within, triplex locomotives have three sets of drivers and a completely different internal design as a result. Only one experimental XA Triplex was made for the Virginian Railway, and it’s unclear whether the railway actually wound up purchasing the locomotive from Baldwin. The Triplex certainly carried its share of design flaws, and was not reproduced as a result.

The XA Triplex and other, similar 2-8-8-8-2 locomotives were considered to be failed experiments since many of them struggled to reach their already-low max speed of 10 MPH.

This articulated locomotive was one of two 2-6-6-6 locomotives that claimed the joint title of most powerful reciprocating steam locomotives to ever have been built. This stunning level of power was necessary for this locomotive class to complete its job climbing the Allegheny Mountains’ steep grades.

The Allegheny steam locomotives were built nearly exclusively for the Chesapeake & Ohio Railway, except for a few purchased by the Virginian Railway. 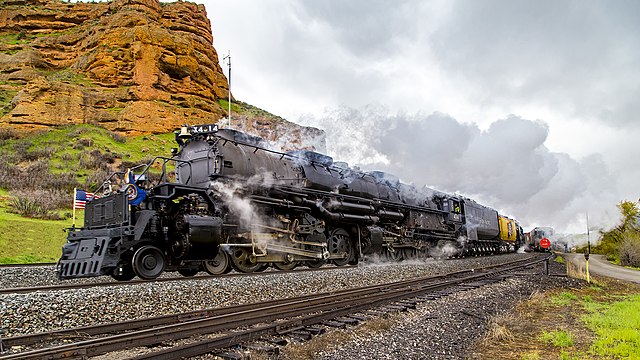 Meet the Union Pacific Big Boy, a steam locomotive built to handle extremely heavy freight through the treacherous grades of the Wasatch Mountains. Today only eight Big Boys remain, mostly on display–except for the impressive restoration that you can see in the photo. Union Pacific’s project to rebuild the Big Boy was so ambitious that it was likened to resurrecting a T-Rex!

Since the resurrection of the Union Pacific Big Boy, it has reclaimed its title as the largest fully-operational steam locomotive in the world. 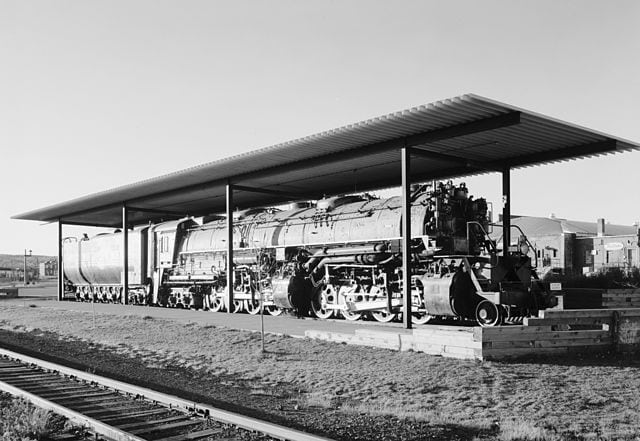 The name “Yellowstone” was coined by the Northern Pacific Railway, the first owner of one of these powerful locomotives, in reference to their railway lines that ran past Yellowstone National Park.