Big aquariums are a great experience for adults and children alike. The provide the wonder of seeing a variety of fish and the awe of seeing the largest fish and mammals in the sea.

Some aquarium complexes have more than one tank and more than one exhibit, such as fresh water tanks, arboretums and more. However, in ranking these aquariums the tank is the most important thing. The biggest aquariums on this list are judged by the size of their largest tank, how many gallons it holds. 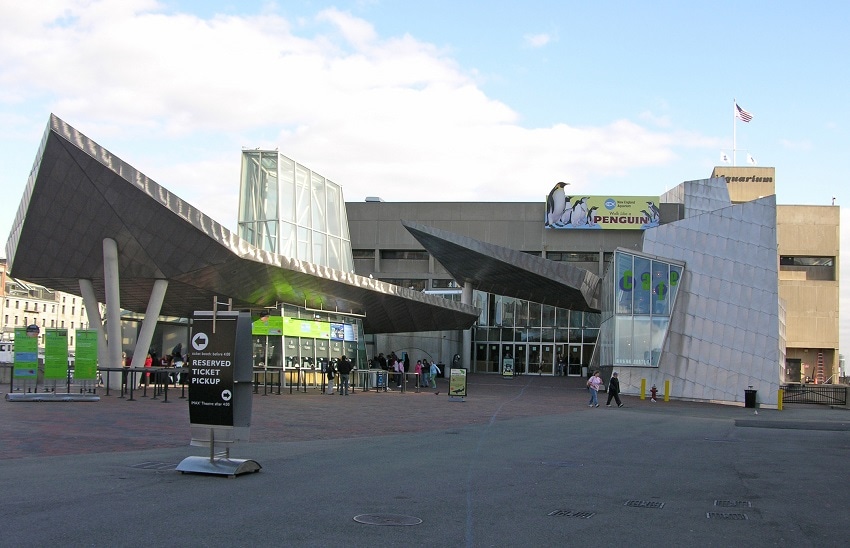 The New England Aquarium plaza sits on a 75-acre patch of land visible from the famed Boston Harbor. The big tank, called the Giant Ocean Tank, opened to the public a year after the facility itself opened. It’s designed to simulate the appearance of the coral reef in the Caribbean before Columbus arrived with his ships.

The facility features another large tank, about 50,000 gallons smaller, showcasing a variety of penguins. The stairs leading from this tank to the main part of the aquarium snake around the Giant Ocean tank, giving visitors a view of all the animals.

In the 1970s, a barge called The Discovery sat on the harbor and acted as a floating extension of the plaza exhibits.

The Audubon Institute, a preservationist organization, runs the New Orleans-based aquatic exhibit. Its primary mission is to educate visitors on the ecosystem of the Gulf of Mexico. To that end, the aquarium’s largest exhibit is the Gulf of Mexico exhibit, a tank featuring sharks, stingrays and other large sea animals found in the region.

The facility has another large tank, the Caribbean Reef exhibit, which features life on the coasts of the many islands in the region where many people from New Orleans hail.

The flooding after Hurricane Katrina damaged the life support systems for the animals at the facility. The plaza closed after many of the animals died, but reopened in 2006. 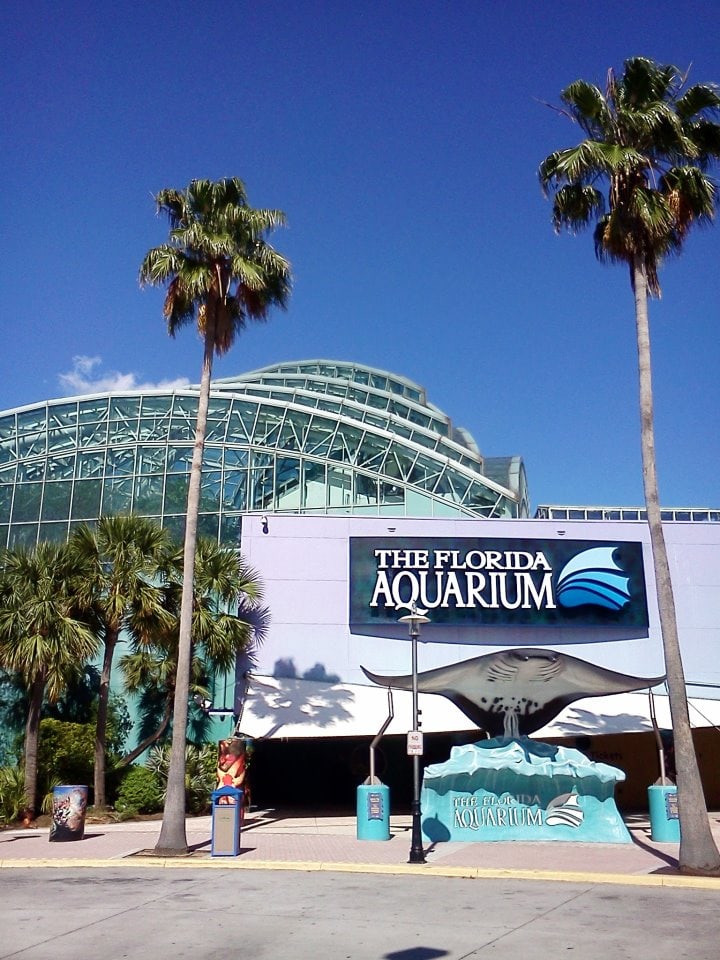 This aquarium sits on 250,000 square feet of land in downtown Tampa. When it opened, it was a privately run facility, but the city government of Tampa assumed the debt and took ownership in 1999. Since then, the facility has become more entertainment oriented. Management added a juiced-up play area for kids and sharks, which has attracted more patrons.

The largest exhibit is the 500,000-gallon tank featuring a coral reef community recreated within.

The Florida Aquarium has partnered with local businesses and fisheries in an effort to promote more responsible fishing practices to preserve seafood as a food source. 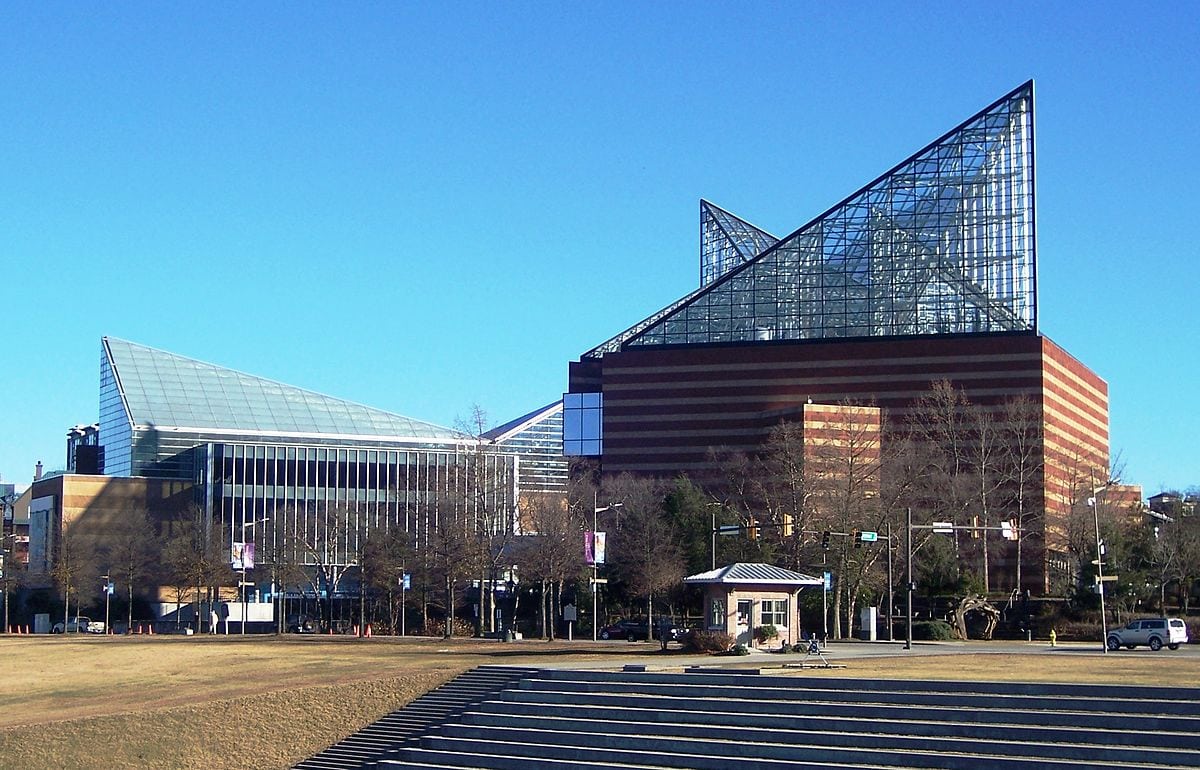 The not-for-profit facility has tanks carrying a total of 1.1 million gallons of water. There are two main buildings housing the main exhibits at the facility.

Ocean Journey – this exhibit features the largest tank holding 680,000 gallons of water. It is a 10-story building where a spiral staircase allows viewers to witness the sea life at many different depths. There are sharks and whales here.

River Journey – the smaller, similarly designed building focuses on the freshwater animal life in the Southeast and in Tennessee. The tank holds 400,000 gallons.

The Tennessee Aquarium has undertaken a mission to protect, and in some cases repopulate turtle populations in Tennessee and around the world. 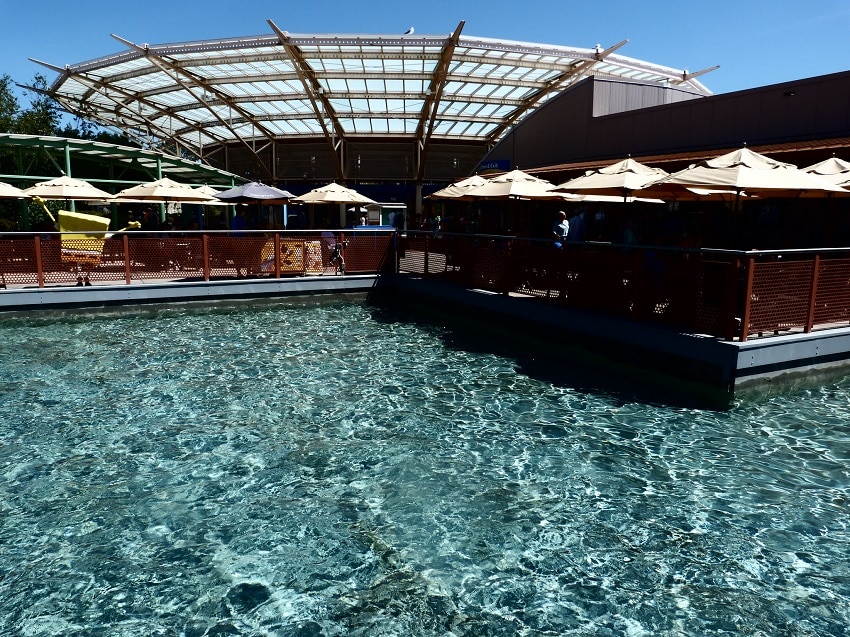 The aquarium began as a privately owned exhibit, but now partners with Robert Ballard’s Institute for Exploration since 1999. They used their combined resources to install the 760,000-gallon tank for the Artic Coast exhibit. This exhibit features Beluga whales and rescued harbor seals. The aquarium’s other exhibits include a penguin habitat, animal feeding observations and a dinosaur study.

The Oceanic Exploration Center includes a 4-D theater and an exhibit examining the fate of the Titanic. Visitors can view a deep sea exploration submarine up close.

Robert Ballard is the deep sea explorer who discovered the wreckage of the Titanic and PT-109, the boat John F. Kennedy rode on as a Naval officer.

This aquarium was constructed on the site of an old sardine cannery. The designers integrated the original building and the surrounding rocky coastline into the aquarium site, creating an effect that blurs the line between museum exhibit and natural habitat.

There are four large tanks and over 200 additional exhibits in the facility. The largest tank is in the Open Sea Wing. That exhibit focuses on the local coastal ecosystem. The habitats tank holds 300,000 gallons, and it is the second largest tank.

David Packard, co-founder of the computer hardware company H-P, started the foundation that provided funds for the aquarium initially. His daughter, a graduate student in biology at the time, convinced him to fund the project. 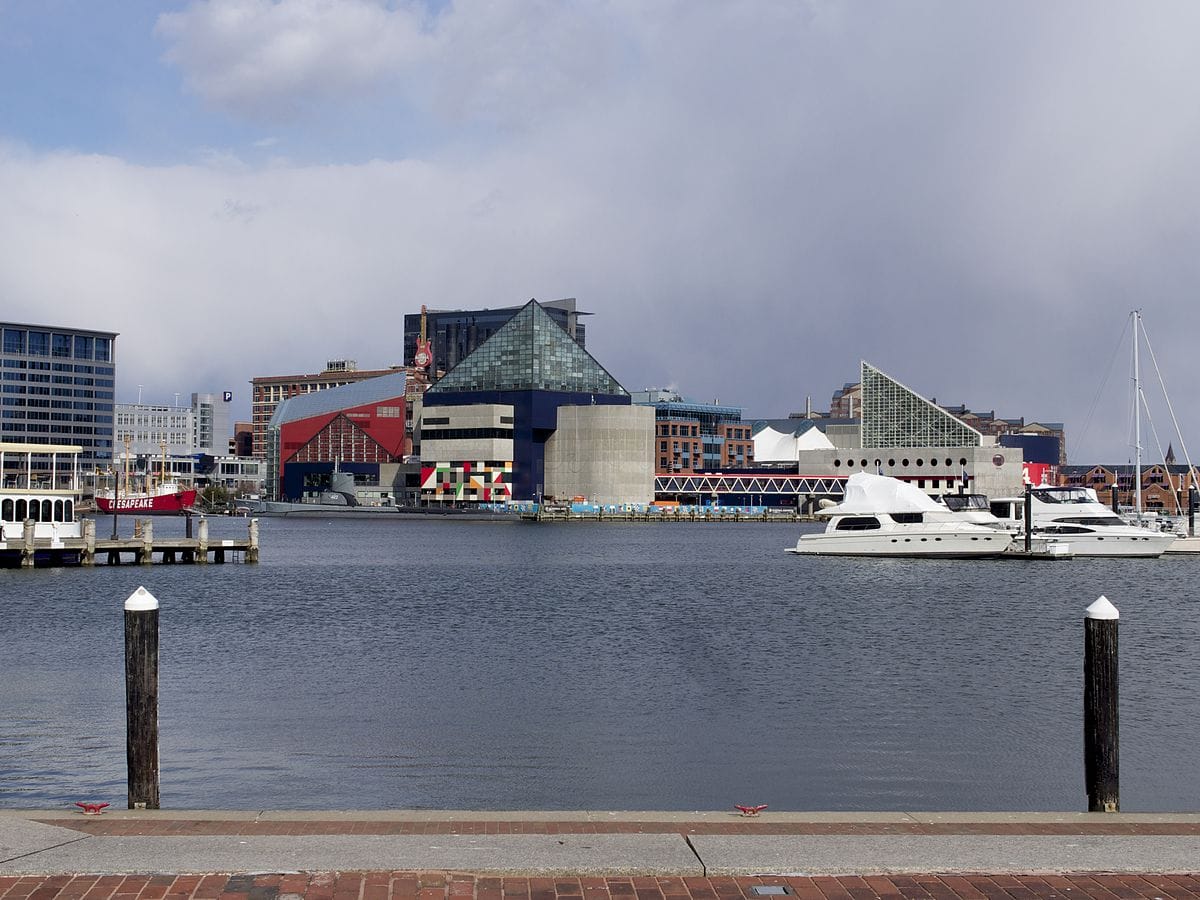 Source: By Au Kirk [CC BY 2.0] via Wikimedia Commons

Formerly known as the Baltimore Aquarium, the National Aquarium in Baltimore is the largest tourist attraction in the state. It takes up 250,000 square feet of land and feature over 2 million gallons of water total in its tanks.

The largest tank resides in the Pier 4 Pavilion, the tank holding the Atlantic Bottlenose dolphins. There is also a shark tank and an exhibit featuring life in the region’s coral reef.

The facility plans to build a much larger tank for the dolphins and plans to complete it by 2020.

The original “National Aquarium” was in the basement of the Herbert Hoover building in Washington DC. The National Aquarium Society in Baltimore took over operations in 2003, but the facility closed in 2013. 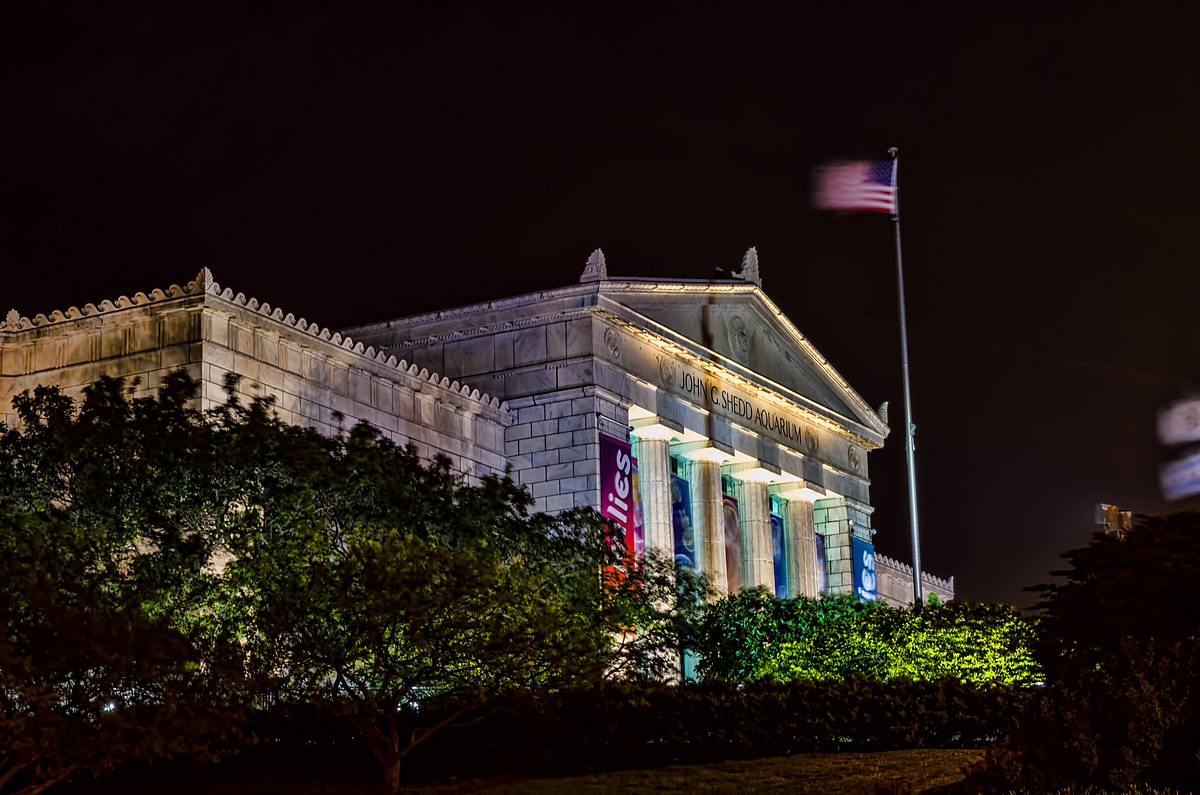 The John Shedd Aquarium was at one time the largest indoor aquarium in America. It is part of Chicago’s Museum Campus alongside the Field Museum and a planetarium. Shedd was a retailer like Marshall Field, founder of the Marshall Field’s department stores and the namesake of the museum.

The Shedd Aquarium has several permanent exhibits with large tanks. The largest is the Wild Reef exhibit where the main take holds 5 million gallons and features a variety of sharks. The Abbot Oceanarium features a range of mammalian species that live in and around a 2 million gallon tank.

The Abbot Oceanarium is the largest indoor marine mammal facility in the world. 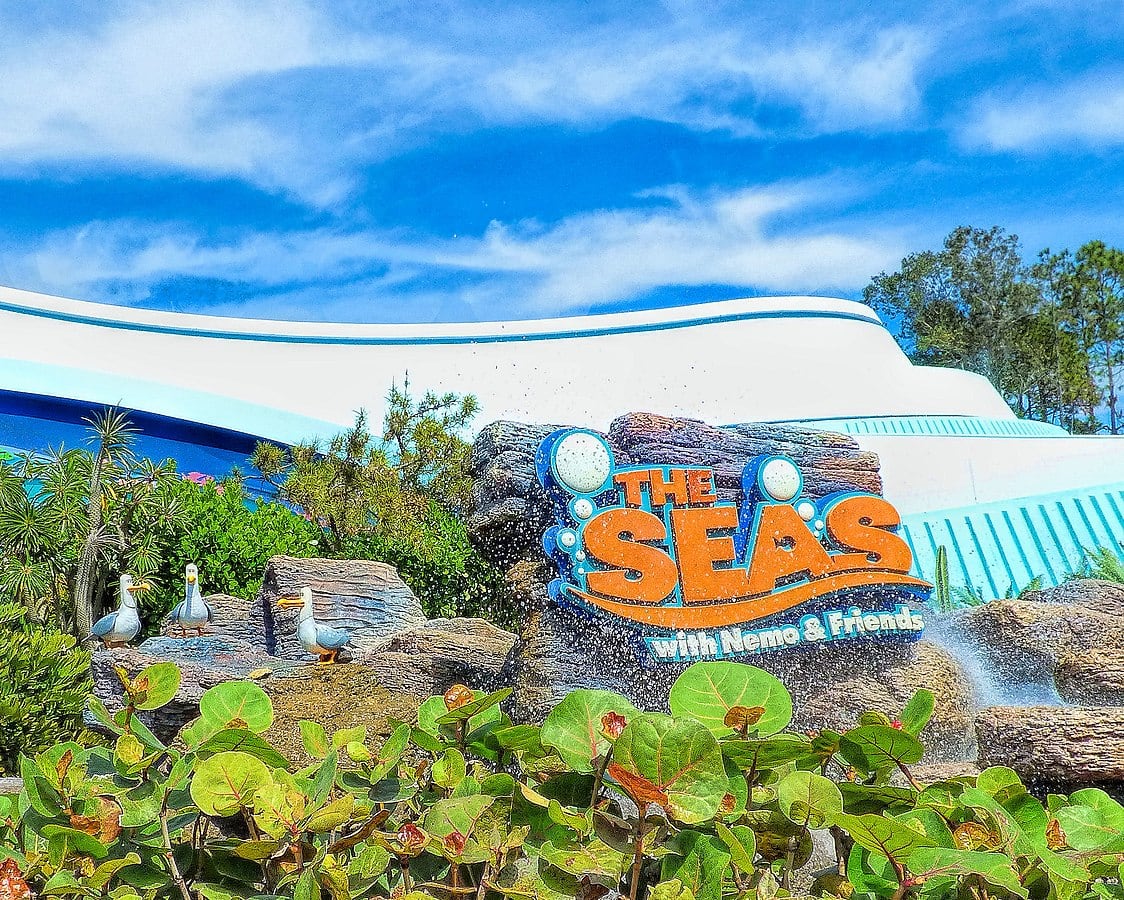 Source: By Jennifer Lynn [CC BY 2.0] via Wikimedia Commons

Part amusement park attraction and part aquarium exhibit, The Seas was formerly known as The Living Seas. It was a ride within Future World at Disney’s Epcot Center. Since 2005, Disney reconfigured the exterior and interior of the exhibit to coincide with the design scheme of the Disney/Pixar characters from the movie Finding Nemo.

The ride takes patrons into the 5.7 million gallon salt-water tank where they observe fish while following the animated characters from the movies.

The pavilion contains several other smaller tanks featuring a variety of sea creatures.

The tank at The Living Seas was the largest indoor seawater tank in the world when it was completed. 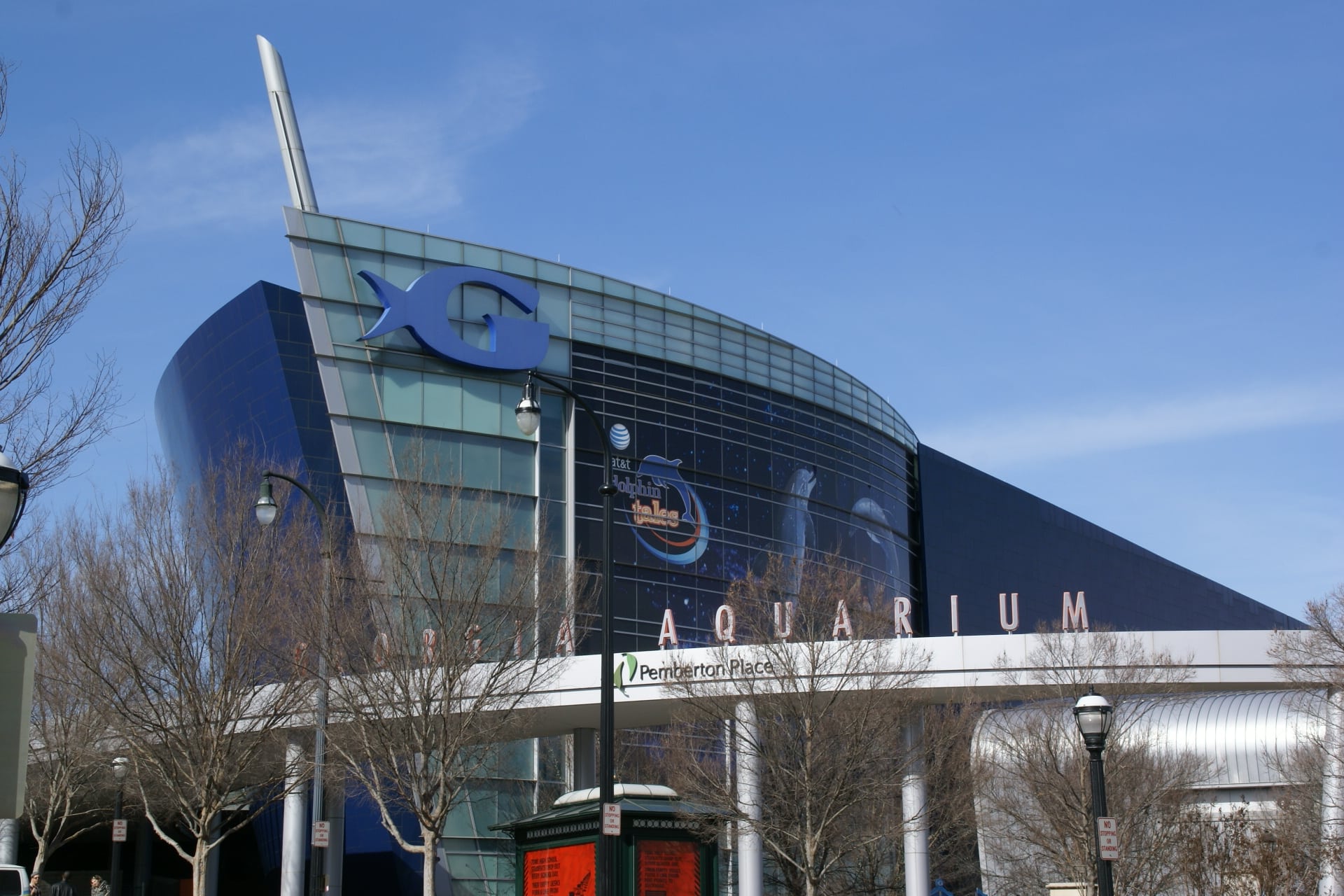 The Georgia Aquarium is the largest aquarium in the United States and the second largest in the world. The total volume in the facility exceeds 10 million gallons and both fresh and salt water. Bernard Marcus, co-founder of the Home Depot stores donated over $250 million to the completion of the facility. The building sits on land donated by another local company, the Coca-Cola Company.

The largest tank holds the salt-water in the Ocean Voyager exhibit. There are various sharks and whales in the tank. There is a permanent indoor dolphin tank that features a water show and revue with dolphin tricks and synchronized swimming.

The aquarium is attempting to preserve the Beluga whale population by in-captive breeding. To date, there have been no successful births there.