Some people find bats to be terrifying, while others see them as beautiful creatures and appreciate them for how much they contribute to their natural surroundings. But no matter how you feel about bats, you’ve surely heard of flying foxes, which are a prime example of the largest group of bats in the world: The megabats.

So, just how hefty can the largest megabats get? Today we’ll take a look at 10 of the largest bats in the world and rank them according to how much they weigh. We’ll also learn some cool facts about each fascinating creature! 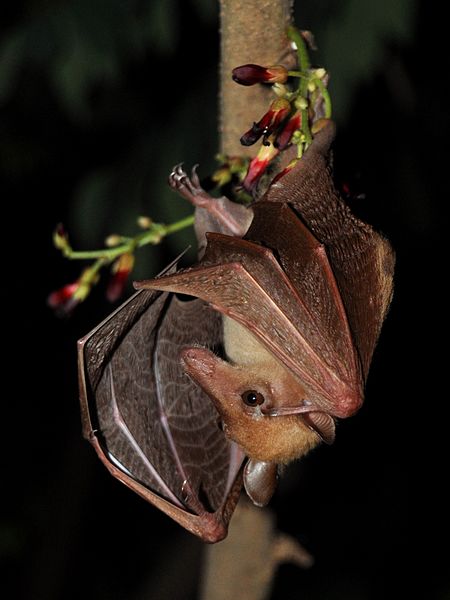 The delicate-looking Long-tongued fruit bat is one of the smallest of the megabats, and feeds entirely on nectar. It prefers nectar from banana flowers in particular, and inhabits environments from mangrove swamps to lowland forests. The long-tongued fruit bat is widespread across Malaysia, where it resides primarily in these habitats, but it has been found in evergreen forests in Thailand as well. 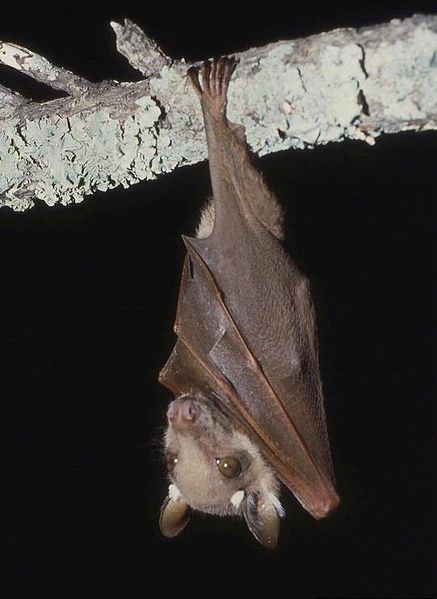 The Wahlberg’s epauletted fruit bat sports endearing tufts of white hair around the bases of its ears that contrast against its light, tawny coat. It also has large eyes and a fox-like face similar to those of other species of megabats, and the males typically sport darker coloration than females do. The males also have more prominent tufts of hair on the shoulders, which likely inspired the name.

The wingspan of the Wahlberg’s epauletted bat is larger in proportion to its body than is usual among megabats. 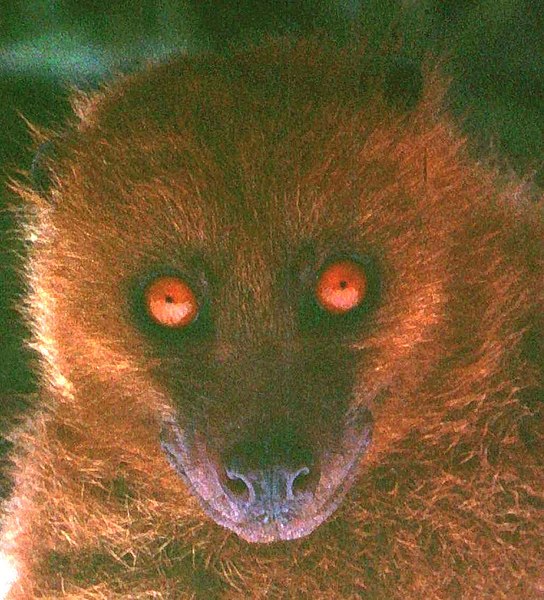 As the name would suggest, this species of bat is endemic to Fiji–in fact, it’s the only mammalian species that is endemic to the island! This bat’s appearance is unusually striking as a result of its bright coat, alert facial features, and fiery eyes. Its coat is quite lush, and it is sometimes thick enough to hide the bat’s ears from view!

Only six specimens or so of this species have been observed since the population is so low. 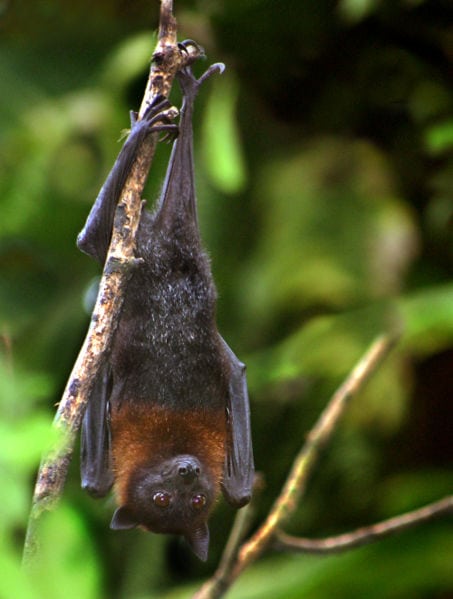 This endearing-looking megabat lives primarily in Cambodia, Vietnam, and Thailand, but is sometimes found in China’s Yunnan province as well. Its numbers are low as a result of farmers killing them, which they sometimes do for food. These nocturnal bats are highly social, living in colonies and roosting together during the daytime.

While the Lyle’s flying fox will eat flowers and nectar, it dines more on fruit than on anything else! 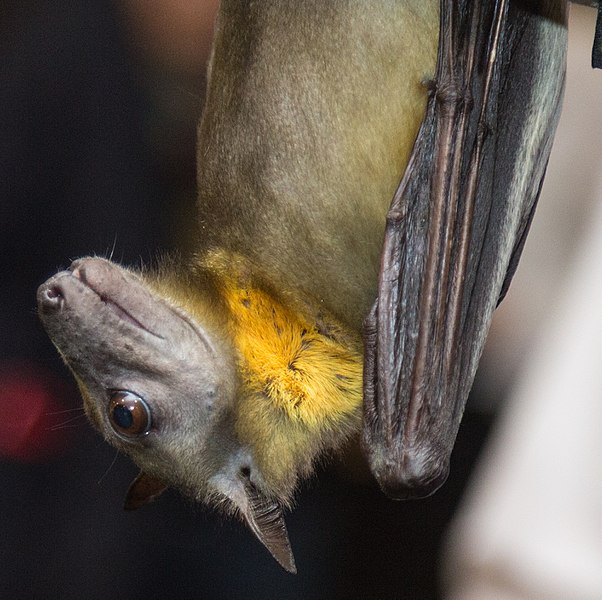 Named for its prominent ruff of yellow fur, the Straw-colored fruit bat is the most widespread out of all species of megabat that live in Africa. These bats keep to very large social groups of up to one million, leaving in groups of a few at a time each night to search for fruit to eat. During the later months of each year, these bats migrate and roost in Kasanka National Park, Zambia.

The winter migration of Straw-colored fruit bats is the largest mammalian migration in the world! 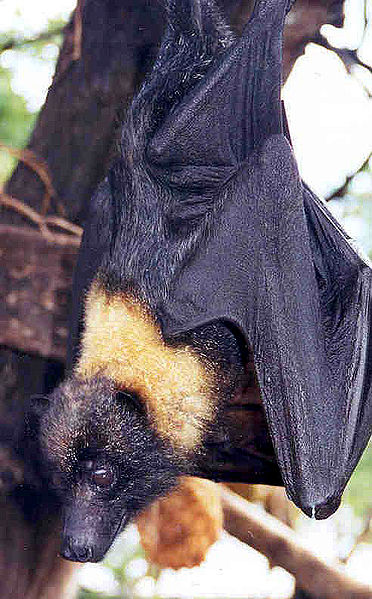 The Mariana fruit bat is also known as the Mariana flying fox because of its signature, doglike facial appearance. The people of the Mariana islands consider this bat’s meat to be a delicacy, and hunting has contributed significantly to the disheartening decline in its population. This bat’s forearm length can reach up to more than 15 and a half centimeters! 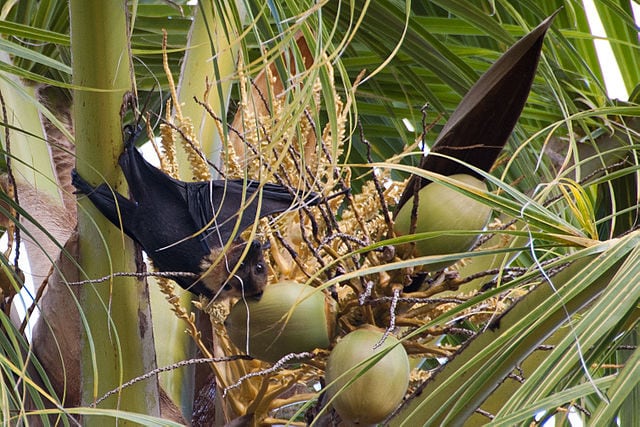 This megabat ranges from the Cook Islands to the islands surrounding New Guinea, but does not venture outside the Pacific Islands. Members of this species prefer lowland forests and similar habitats, but have been found to frequent steep mountains and cliffs now and then as well. They can also be found in rainforests, wetlands, and swamps searching for nectar and pollen to eat–or even in residential areas alongside humans!

Males of this species are thought to be larger, but sexual dimorphism is less present in this variety of bat than it is in others. 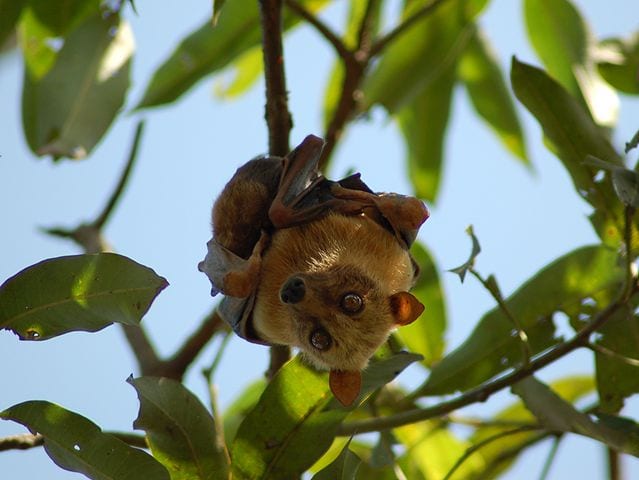 This beautiful golden bat feeds entirely on breadfruits and coconuts, which results in it being classified as a frugivore. The Sulawesi flying fox prefers to keep to itself and its colonies in the mangroves that it inhabits, and it responds very poorly to human disturbances. These bats also serve an important part of their local ecosystems by spreading seeds and pollinating as a result of feeding.

A group of these bats is called a “cloud” or a “colony” and baby bats are called pups. 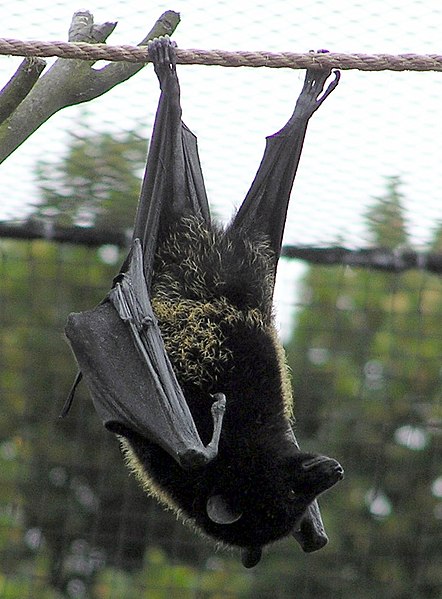 Also known as the Comoro flying fox, this hefty bat stands apart not only for its size but for its coloration. This bat is almost entirely black, but sports longer guard hairs that give it a unique golden shimmer over the top of its black coat. Sadly, this bat’s numbers are threatened by forest depletion and the reduction of its habitat as a result of human interference.

Livingstone’s fruit bats are bred in captivity in a few special locations in order to help boost its numbers. 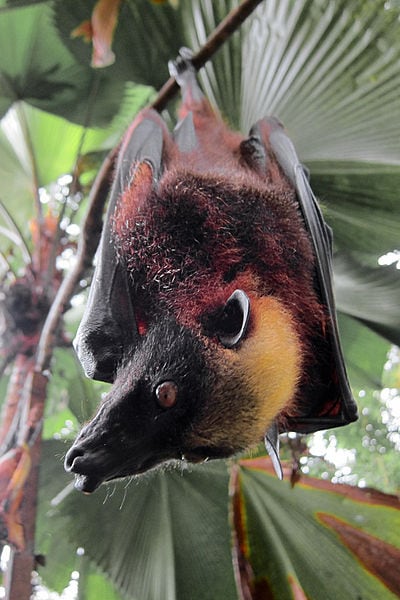 The Giant golden-crowned flying fox is the largest bat in the world as determined by weight. It is also called the Golden-capped fruit bat in reference to its “cap” of light yellow fur that sometimes contrasts brightly with the rest of its coat. Another distinctive aspect of this bat’s appearance is its especially long wings, which it often wraps around itself while it roosts. The Golden-crowned flying fox feeds primarily on fruit, but has been observed eating leaves on occasion as well.

Despite the “flying fox” name and the close resemblance to a fox’s facial features, megabats aren’t at all related to foxes or other canines and sport very different DNA.