Man’s best friend comes in all shapes and sizes, from small breeds such as Shetland Sheepdogs to impressive giants like Greyhounds. The vast majority of the verified canine record-holders in the world happen to be Great Danes, since even the average-sized specimens of this noble breed easily reach 30 inches tall and weigh 120 pounds! However, a couple of other breeds can reach record-breaking sizes as well.

While there are plenty of massive dogs that might give these big boys some competition, we’ll be sticking with dogs who have had their sizes officially verified. Read on to learn about 10 of the largest dogs ever and see some fun facts about each one! 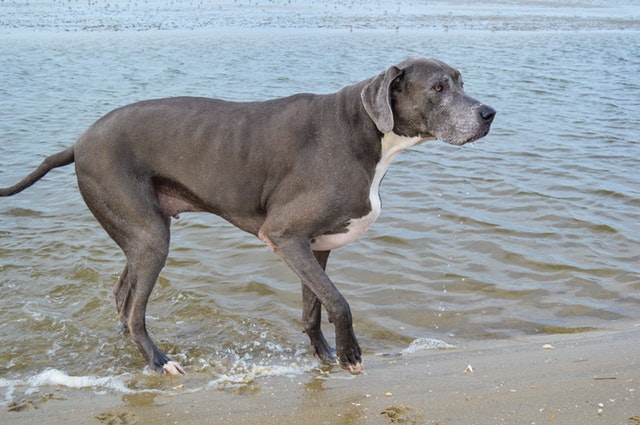 This massive canine towered at seven feet tall when he stood on his hind legs, and was so big that he slept on an adult-sized mattress! He was measured as a contestant for the tallest dog in the world, but came in just a few millimeters short. Major was extremely gentle and sweet-natured, and made an appearance on the show Good Morning Britain.

In 2016, Major had an adorable meeting with Disney, the smallest dog in Britain, for a photo shoot that melted hearts all throughout the UK. 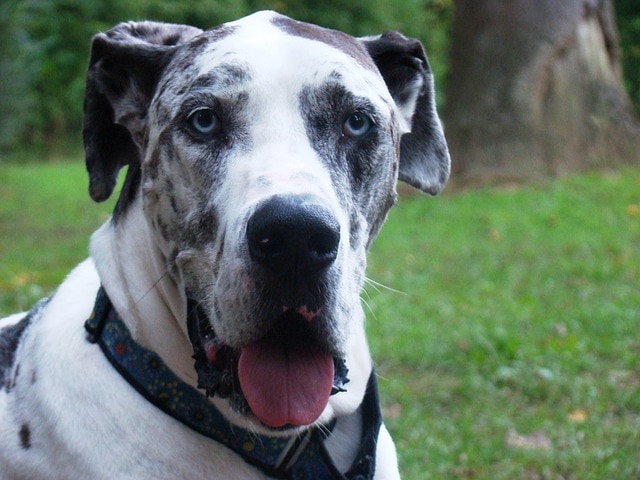 Clocking in at a hefty 180 pounds, Gibson was previously named the “Tallest Dog in the World” by the Guinness Book of World Records. He was also a trained and certified therapy dog and made TV appearances alongside celebrity hosts such as Oprah Winfrey and Ellen DeGeneres along with serving as the mascot of ForeverLawn. Unfortunately, Gibson lost his battle with bone cancer in 2009.

Gibson was known for his trademark bandana and neighbors loved seeing him on walks. 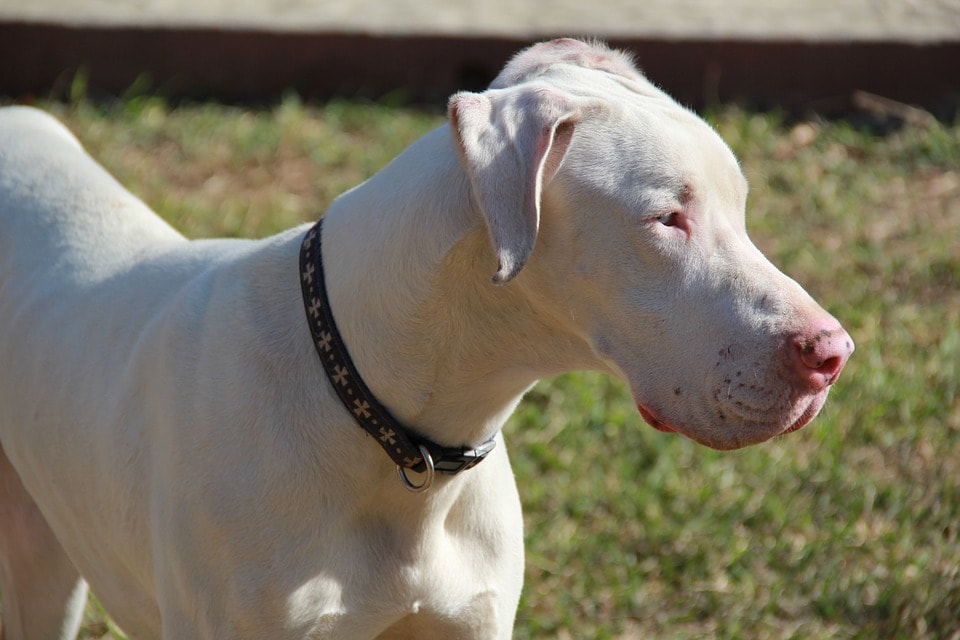 This gentle giant got along well with dogs of all sizes and was often mistaken by small children for a cow or a horse while he went on walks along the beach with his owner Diana. Titan battled a number of health conditions, including epilepsy, while being both blind and deaf. Health problems are common among extremely large and lanky dog breeds, and Titan went for acupuncture and chiropractic adjustments every three weeks.

On November 12th of 2009 when Titan gained his Guinness World Record title, he was the only animal to receive recognition that day. 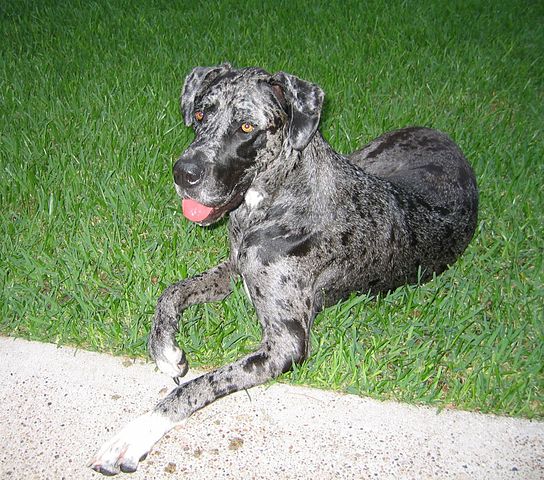 Hailing from  Leigh-on-Sea in Essex, Freddy was officially dubbed the tallest living dog in the world in 2016 by Guinness. Amazingly, Freddy was the runt of the litter when he was a puppy. However, that didn’t stop him from chewing up 26 sofas by the time he grew up! His owner, Claire, gets up early every morning to walk him because she knows that he’d be too much to handle if he got over-excited by other dogs.

Freddy towers two feet taller than his owner when standing on his hind legs and remains the tallest living dog in the world. 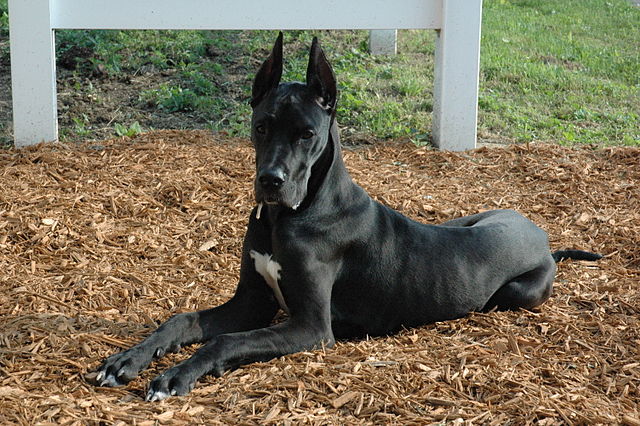 This impressive canine weighed 165 pounds and was described as being the same size as a donkey. He was beloved by his owners as a lap dog who liked stretching out over both of their laps at the same time while they grilled. Zeus also had a high reputation among the locals in Michigan as a therapy dog who visited hospitals and schools.

Owner Denise said that one of the most common comments she and Zeus got was: “Where’s his saddle?” 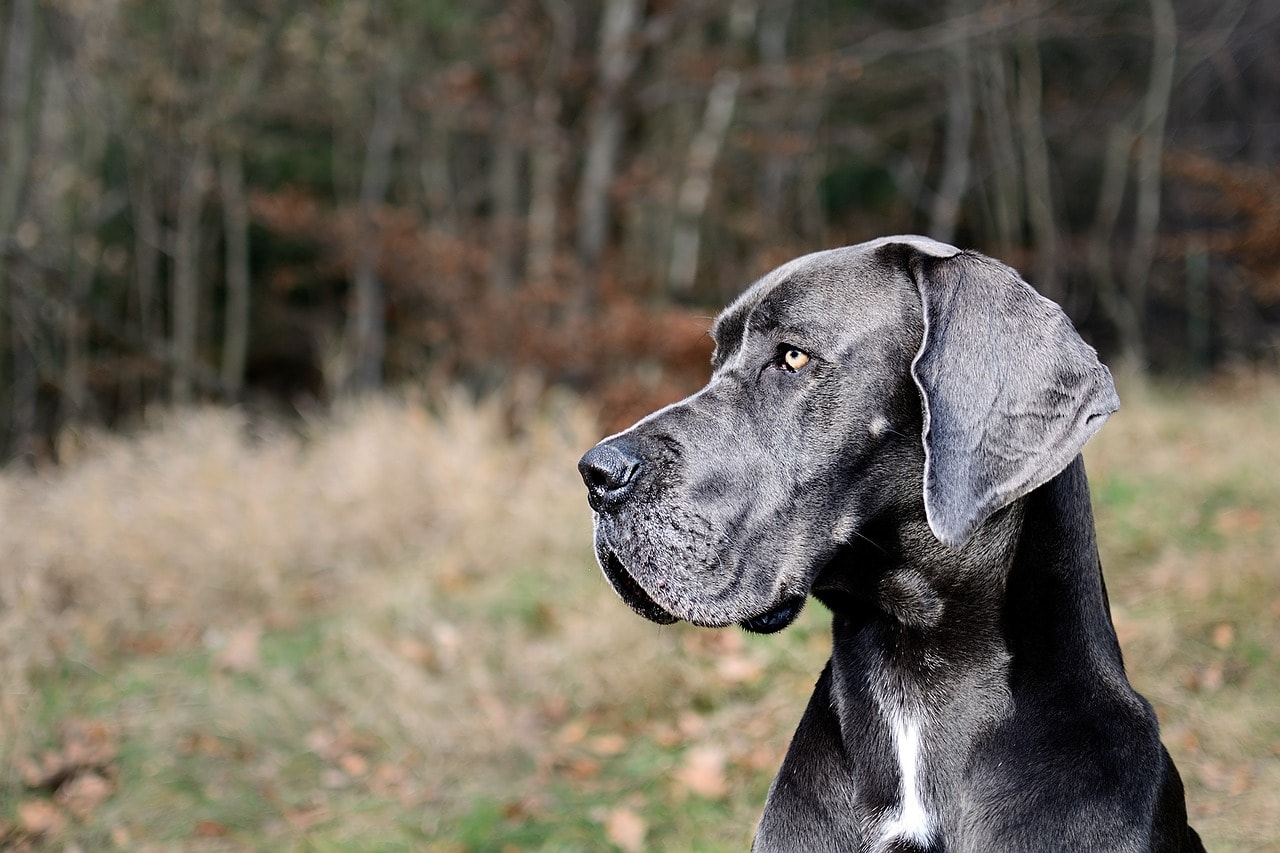 Balthazar might “only” measure 39 inches tall at the shoulder, but his astonishing weight is approximately equal to that of a baby elephant! There’s no fluff on this massive canine, either–his owners point out that you can see his ribs, which means that he isn’t at all chubby. Unfortunately, as is common for such large dogs, he suffers from leg problems despite his fit physique.

Balthazar has a very laid-back personality and is friendly towards everyone in the family, including the three cats who like to sleep next to him. 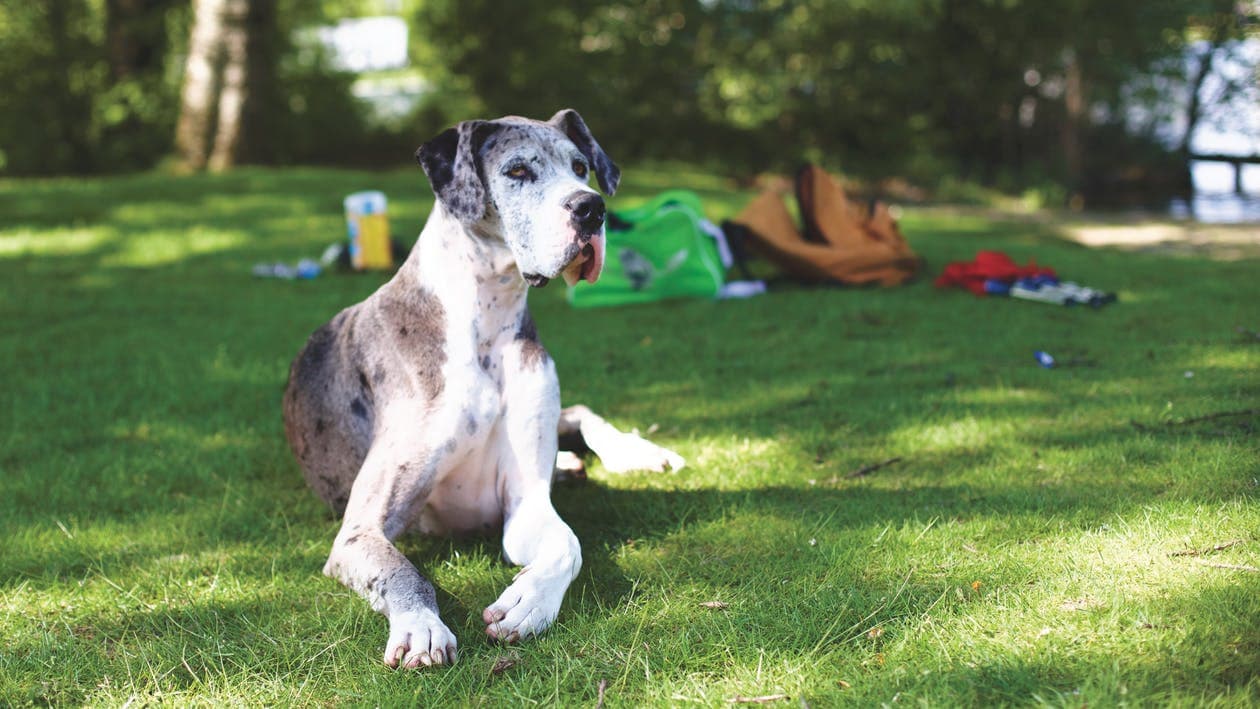 Shamgret Danzas was the first dog to hold the Guinness World Record of “Tallest Dog in the World” on October 16th of 1984, but he also weighed in at a jaw-dropping 238 pounds! Shamgret’s massive weight ranks him above taller specimens in terms of overall size, and he still reached a height of 6 feet, 9 inches tall on his hind legs.

Shamgret Danzas tied with another Great Dane from the UK named Harvey, who measured up to the same height. 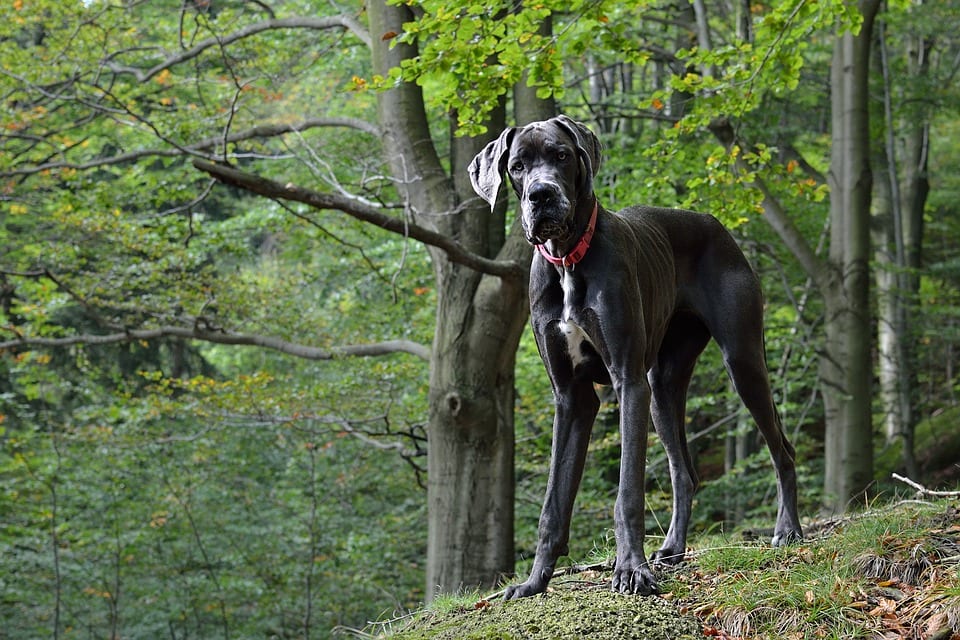 While Giant George was previously recognized as the tallest dog in the world before being dethroned by Zeus, he still deserves a place on this list for his impressive weight. He measured just three-quarters of an inch taller than Titan, but weighed a whopping 80 pounds more! He lived to be just under eight years old before his passing in 2013, which is actually somewhat old for such a large dog.

Giant George is now seen as somewhat of a guardian for lost dogs, with his birthday prompting people to donate to animal charities. 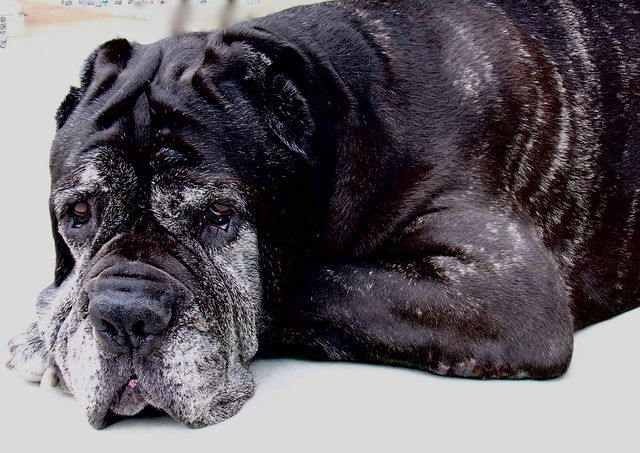 Great Danes might beat all other dogs on height, but dogs like Hercules outdo them when it comes to bulk. Hercules is the dog behind the 2007 viral photos of a Mastiff standing nearly as tall as a full-grown horse, which many people said that he had to be a hoax. The photos were of a Neopolitan Mastiff and seem to be skillfully faked, although Hercules himself was still recognized by Guinness as the heaviest living dog worldwide.

Hercules was supposedly brought to Guinness’ attention after his owner offhandedly mentioned that, at around 270 pounds, he was still outweighed by his dog. 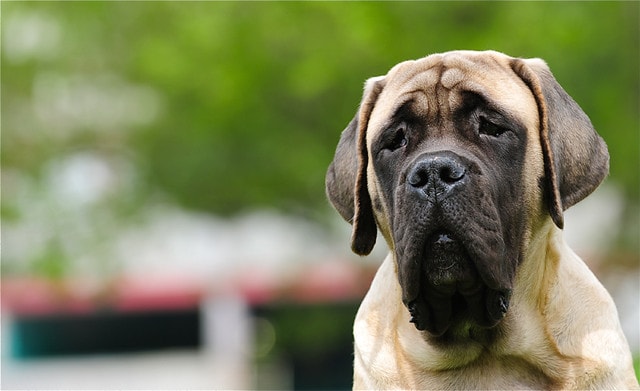 Zorba was the largest dog in the world by weight. He stood 37 inches high at the shoulder and also earned the title of “World’s Longest Dog” at 8 feet, 3 inches from nose to tail. He set these records in 1987 at six years old, and his record is yet to be beaten. Having been compared to a donkey or small horse in size, Zorba remains the largest dog to ever have been recorded.

When standing on his hind legs, Zorba would even have towered over basketball players!