The planet is home to some of the most dangerous animals, including some of the largest rattlesnakes. Pit vipers, of which rattlesnakes are a subgroup, all have a few defining features in common.

To begin, they are pre-fitted with rattles on the tips of their tails, which first take the form of very little nubs. Rattlesnakes are unable to make their distinctive sound until they have reached a certain level of maturity, defined as having at least two segments of their rattle fully developed.

In addition, the front of their jaws is equipped with incredibly big fangs that are hinged together. They also have enormous venom glands located at the rear of their skulls, which are responsible for supplying their needle-like fangs with very poisonous venom.

It is essential to be aware of the biggest rattlesnakes. In this section, we will address a few of your most pressing rattlesnake inquiries, as well as learn about some of the largest rattlers that can be found.

Continue reading if you’re interested in finding out more about the biggest rattlesnakes that can be found in the United States! 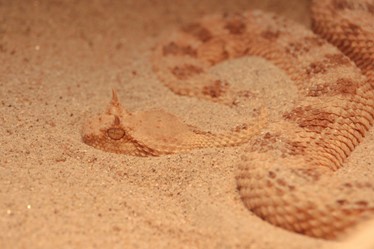 The desert areas of North America are home to many species of poisonous snakes, including the sidewinder. A ground color that can be cream, buff, yellowish-brown, pink, or ash gray is overlaid with 28-47 dorsal blotches that are elliptical in shape.

The color pattern of these snakes consists of a ground color that can be any of these colors: cream, buff, yellowish-brown, pink, or ash gray. In adults, the proximal lobe of the rattle is brown in color, and their bellies are white.

The method through which sidewinders are able to alter their coloring in response to changes in temperature is known as metachrosis.

It is rare for this group of snakes to have females that are bigger than males, yet that is the case with this particular species. 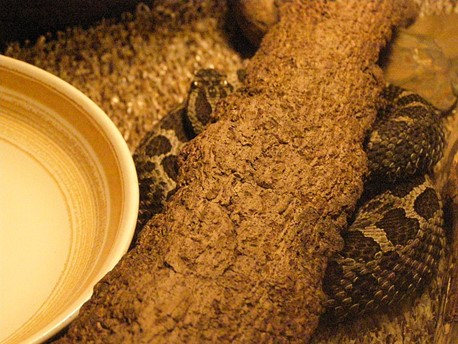 This species of rattlesnake is strongly associated with floodplain habitats along medium to large rivers, particularly near river confluences.

In these areas, they predominately inhabit open canopy wetlands, such as fresh wet meadows, in addition to adjacent upland prairies, floodplain forests, and old fields. In the spring, often around the beginning of April, massasaugas start to emerge from their wintering homes.

The majority of the time, overwintering takes place in the burrows of terrestrial crayfish or in root channels that have rotted away in open canopy wetlands and lowland hardwood forests.

Their food is made up of a wide array of different kinds of small vertebrates, including mammals, lizards, and other snakes, in addition to various kinds of invertebrates, such as centipedes. 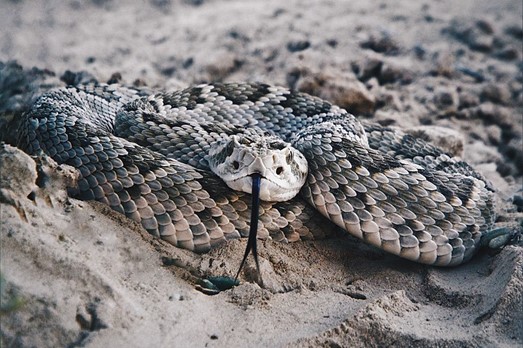 As a result of the substantial similarities in their respective territories, the Mojave rattlesnake and the western diamondback rattlesnake are sometimes confused with one another.

In addition, Mojave rattlesnakes have a diamond-shaped pattern on their dorsal surface, much like eastern and western diamondbacks, and their coloring may be described as ranging from brownish to drab green.

The banding pattern on the tail and the location of the facial stripes are two of the defining traits that set it apart from the western diamondback. 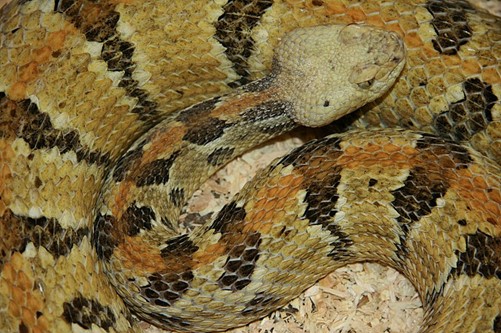 There is a wide range of colors among these massive, hefty pit vipers. They have a stripe that runs down their back and are generally gray in color with an occasional reddish tint.

Both morphs, which may be thought of as variants in color, have a deeper or black coloring at the tip of their tails, as well as dark stripes that create a chevron pattern down the back and sides of the snake.

Because of its particular pattern and coloring, the timber rattlesnake is better able to blend in with the foliage that is found on the ground.

It has been determined that timber rattlesnakes are capable climbers since they have been found in trees at elevations of more than 80 feet. 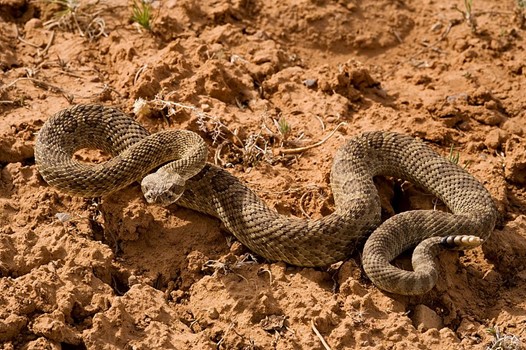 These snakes, which are often referred to as Great Plains rattlesnakes, are among the biggest rattlesnakes that can be found in the United States. The majority of them are between three and four feet long, although they may reach a maximum length of five feet.

They do not possess the dark brown bands that are characteristic of timber rattlesnakes. Prairie rattlesnakes, on the other hand, have a tan and light brown coloring all over their bodies, with larger spots on their backs and smaller blotches on their sides.

Although they spend most of their time on the ground, prairie rattlesnakes will occasionally climb into trees or bushes. Some of them will even sleep in cracks or caves. In warmer weather, they are typically active during the day, whereas in cooler weather, they are active at night. 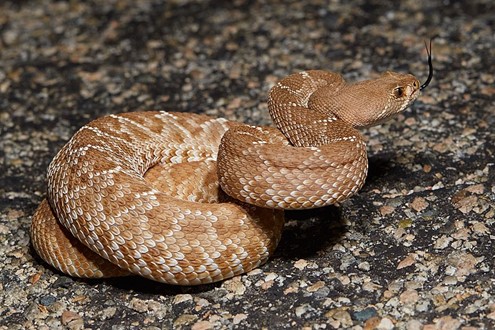 The red diamond rattlesnake, which is relatively unknown, is one of the biggest species of rattlesnake found in the United States. The average length of this snake is less than four feet, although it may reach a maximum length of 5.5 feet.

It may be a light brown tint all the way up to a reddish-orange tone, and it has distinctive chainlike lines running down its back. All pit vipers, including red diamond rattlesnakes, have eyes that are elliptical on the vertical axis and look like cat eyes.

Crotalus ruber will avoid very hot temperatures and will become active when the temperature drops. As a result, they are often nocturnal from the late spring through the summer, but during the colder periods of the year, they are active throughout the day. 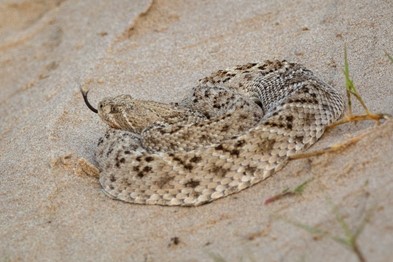 They may reach a length of up to six feet, however, there have been accounts of specimens that were considerably longer.

The average length of an adult human being is around four feet. These snakes have bulky bodies that are covered in scales of tan, light brown, and medium brown that are arranged in diamond patterns along the back.

The heads of western diamondback rattlesnakes are triangular in shape and large, as are the eyes. They will consume everything from lizards and snakes to rats and mice, birds and even insects. 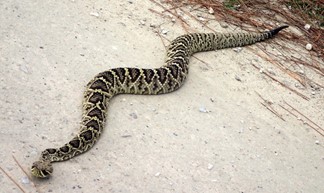 The largest rattlesnake species found in the world is called the eastern diamondback. Even though they may become as much as eight feet in length, the majority of them only get to be around six feet long.

As a result of the fact that eastern diamondbacks, cottonmouths, and copperheads all call the same region home, many people get the three dangerous snakes confused with one another.

On the other hand, only eastern diamondbacks have rattles, and they are the only species of the three to have markings that look like diamonds.

The Eastern Diamondback Rattlesnake is largely terrestrial, which means that it does not spend the majority of its time in the trees or in the water. Instead, it spends most of its time on the ground.

They are most often found in grassy marshes, grassy grasslands, dry woods, and swampy places. When they sense danger, they will curl into a protective S stance and shake their enormous rattles to alert others to the situation.

However, rattlesnakes don’t always use their rattles as a warning signal, and many people have been bitten in the absence of a warning sound.

They feature unique markings that are composed of lighter brown, tan, and darker brown scales that are grouped in patterns that resemble chains.