For fans who love a good concert, music festivals can offer a whole new level of enjoyment! In addition to hosting once-in-a-lifetime shows, music festivals offer people the opportunity to come together and experience food and other exhibits as well. Some music festivals even allow guests to enter for free, which often results in massive turnouts.

So, just how high can the attendance numbers for days-long music festivals get? Today we’ll be organizing the 10 largest music festivals in the world by attendance, and learning a little bit about what makes each one stand out. 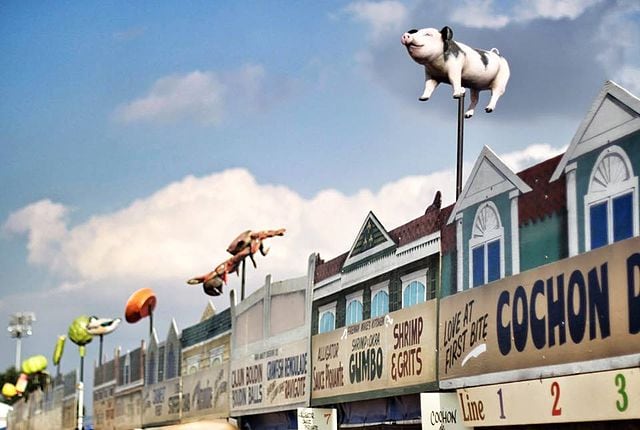 Commonly known as New Orleans Jazz Fest or simply “Jazz Fest,” this fun event is hosted annually in order to celebrate the culture of New Orleans. This isn’t your everyday festival either–common carnival foods are shunned in favor of authentic Creole cooking, an oyster bar, and cooking stages that offer guests a sampling of famous chefs’ masterpieces.

During the first year it was hosted, Jazz Fest only saw around 350 attendants. 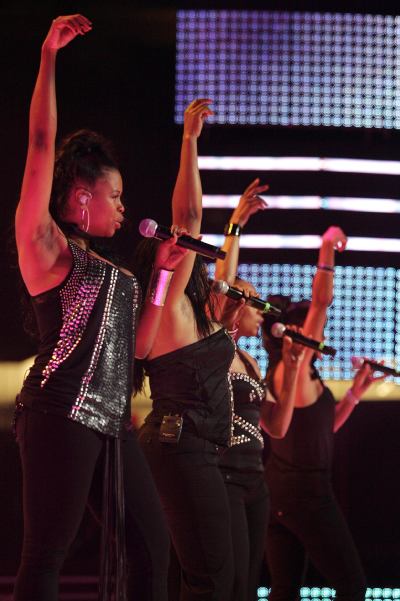 Alongside the musical aspect of the festival, Essence also offers an array of free workshops, booths, and a Museum of Black Beauty. 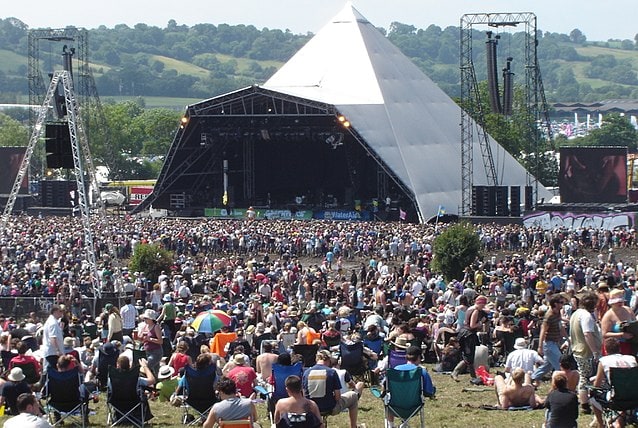 This music festival was originally called Glastonbury Fayre, and the first festival only saw around 1,500 attendants. The Glastonbury festival is usually around five days long and features performances on its iconic “pyramid stage”. Unfortunately, the pyramid stage burned down in 1994, but since the show must go on, a makeshift stage was constructed for the festival.

3 million gallons of water are used at the Glastonbury music festival per year on average. 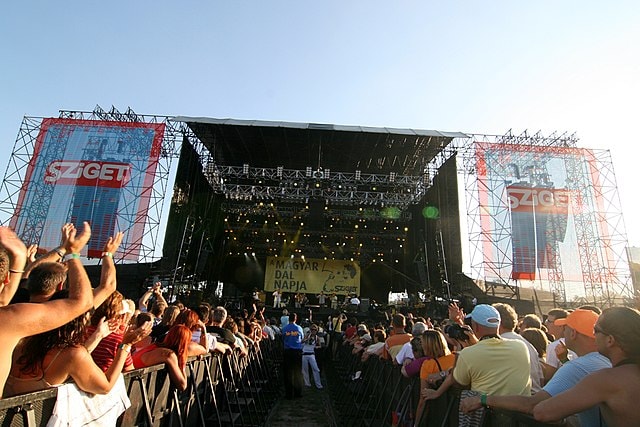 The Sziget music festival takes place on the picturesque “Old Buda Island” in the Danube River, and features multiple stages. This festival is highly popular with tourists because of the nearby wonders of Budapest that visitors can enjoy alongside the event itself. Alongside the featured musical performances, Sziget also offers movies, exhibitions, and theatrical shows.

The second-ever Sziget music festival was called “Eurowoodstock,” and featured musicians who played in the original Woodstock festival. 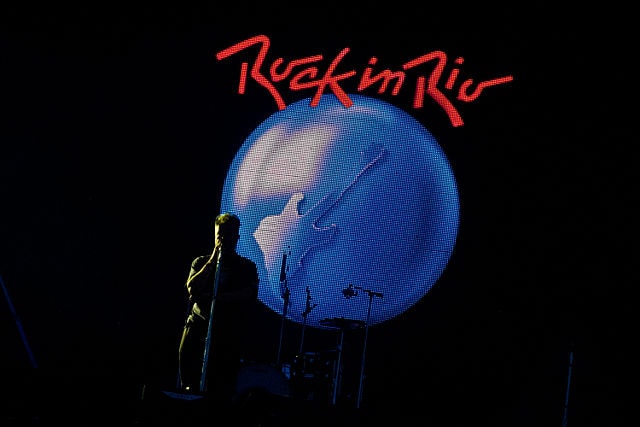 While Rock in Rio originated in Rio de Janeiro, Brazil, it later branched out to other locations as well, such as Madrid, Lisbon, and Las Vegas. Rock in Rio takes place during the five days leading up to Lent, and provides people with the opportunity to indulge in a vivid party atmosphere.

Rock in Rio originally began as a way for the Brazilian youth to express themselves and speak out against a restrictive dictatorship. 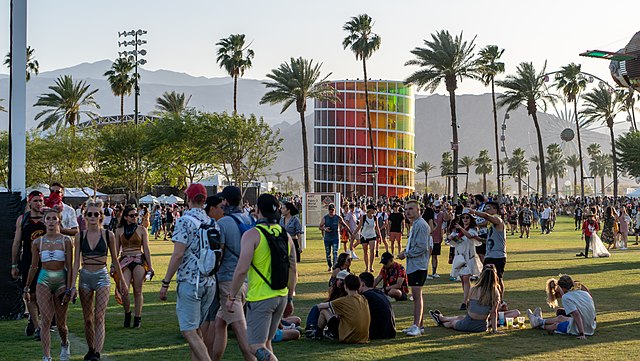 The Coachella Valley Music and Arts Festival was founded by Paul Tollett and Rick Van Santen as a way to provide attendees with the opportunity to experience art and music like never before. Having come a long way from its unprofitable first year, Coachella is a highly lucrative event–during the two weekends hosted in 2013 alone, it pulled an astounding $67 million.

Part of the reason that the 1999 festival lost money instead of making it was that tickets that year cost only $50 apiece! 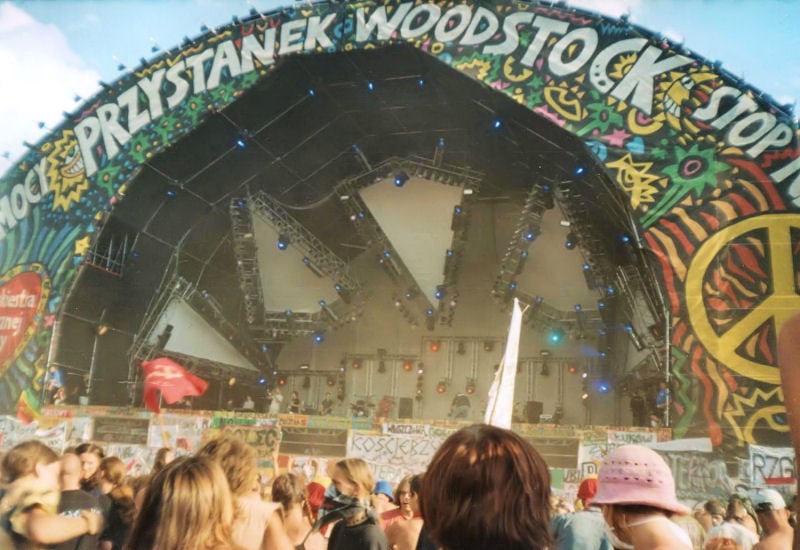 Formerly known as Woodstock Festival Poland, Pol’and’Rock is one of the largest free music festivals in the world and was previously the largest open-air festival in all of Europe. This festival promotes having fun in the mud and sleeping in tents to enjoy the open air while experiencing great rock music.

The Pol’and’Rock music festival was started by four ambitious young men who were all in their twenties: John Roberts, Joel Rosenman, Artie Kornfeld, and Mike Lang. 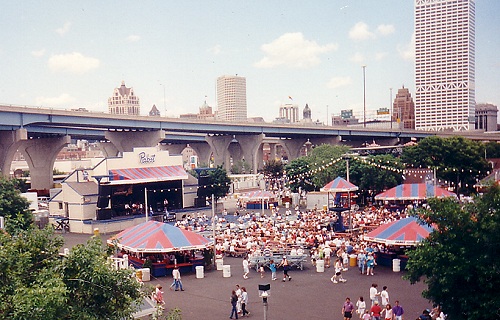 Hosted at Henry Maier Festival Park, or the “Summerfest Grounds” every summer in Milwaukee, Wisconsin, this massive music festival usually takes up 11 days and comprises hundreds of acts. Summerfest is coordinated and run by a non-profit board who makes an effort to include local talent alongside celebrity musicians.

Since Milwaukee is home to a large number of German-Americans, Summerfest is strongly influenced by Oktoberfest and other lively German traditions. 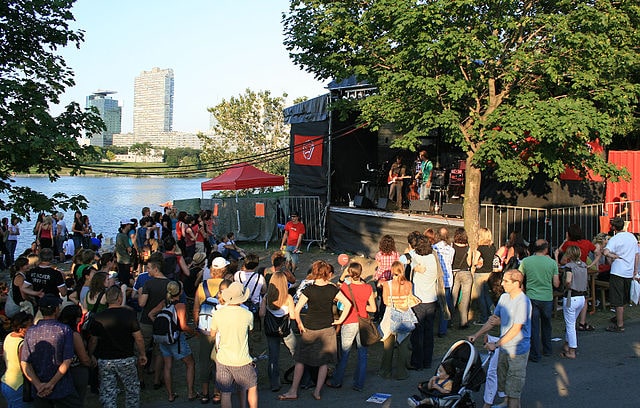 Donauinselfest, which is German for “Danube Island Festival,” is the largest free open-air festival in Europe, offering guests the chance to experience live performances of all sorts of musical genres at no initial cost. Donauinselfest prioritizes local talent in order to give them exposure, only occasionally supplementing with celebrity artists.

Torrential downpour during the days leading up to the 2009 Donauinselfest almost resulted in cancellation due to flooding, but fortunately the weather cleared up just in time.

Mawazine is the largest music festival in the world by aggregate attendance. This Moroccan festival is mean to promote a unified, global love and appreciation of music, as well as promoting Morocco to the world as culturally open, tolerant, and inclusive. Attendance is also free, since the festival wants even those with the lowest income to be able to attend and celebrate.

In 2018, Mawazine’s lineup included 1,300 different artists from around the globe!