In today’s fast-paced world, countless people turn to fast food for quick, easy, and affordable meal options to get them through the day. Many towns even have a wide variety of different fast food chains to choose from, so people don’t need to travel far to find their favorites.

With so many far-reaching fast food networks and countless locations, you may be wondering just how huge these restaurant chains can get! Today we’ll be looking at 10 of the largest fast food chains in the world, and learning what makes each one stand out from its competitors. 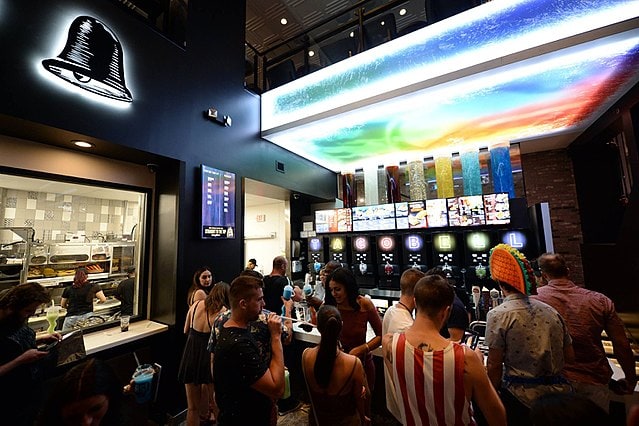 Serving more than 2 billion customers every year and over 35 million per week, Taco Bell has become a beloved American favorite. The company made a name for itself with a memorable Chihuahua mascot named Gidget, and a variety of tacos, burritos, and similar Mexican-style fast foods. Taco Bell has taken a competitive approach in recent years, offering unique breakfast burritos and vegetarian options. 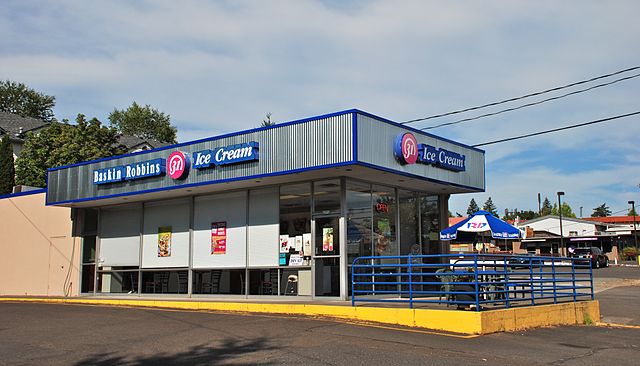 Baskin-Robbins stands above its competition as the only ice cream chain in the world with the unique “31 flavors” concept that enables customers to get a new flavor for each day of the month. It has created more than 1,000 different flavors over the years, and also appeared in the Guinness Book of World Records with the world’s largest cup of ice cream!

The blue and pink colors of Baskin-Robbins’ branding also convey two messages through the company logo: within the initials of the company name, the pink number 31 reminds customers of the monthly variety of flavors. 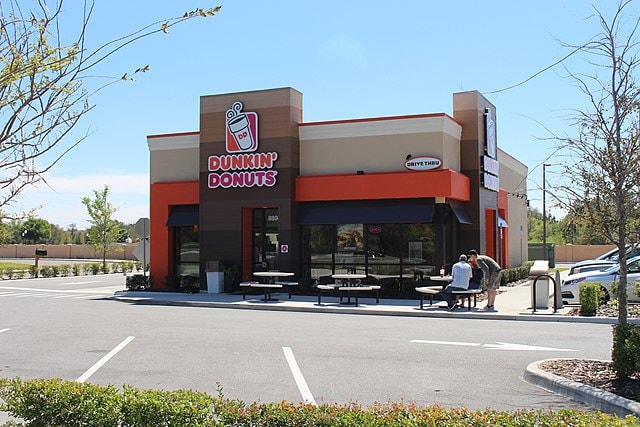 Originally called the “Open Kettle” when it opened in 1948, this chain underwent a name change to more clearly advertise its signature products: donuts and coffee. The name Dunkin’ Donuts was made official in 1950, and soon earned a reputation as an American favorite.

Dunkin’ Donuts offers over 70 different varieties of donuts, including plenty of specialty regional flavors such as the Chicago Sour Cream Donut. Other novelty products include cinnamon sugar “fries” and a gluten-free chocolate brownie. 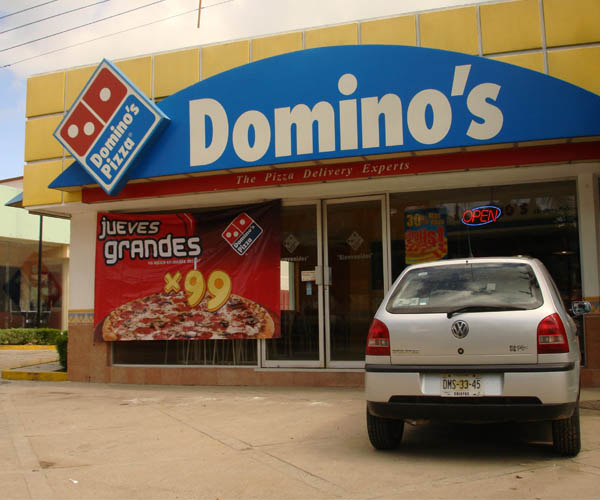 A massive global pizza chain with over 400,000 employees, Domino’s Pizza has maintained a steady growth for years and now has nearly 800 independent franchise owners in the USA. Along with pizza, Domino’s offers other dishes such as pasta, fried chicken, and desserts.

The three dots present on the Domino’s logo stand for the original three locations that were first opened. The plan was to add a dot for each new location, but the rising popularity of the pizza chain quickly made that impossible. 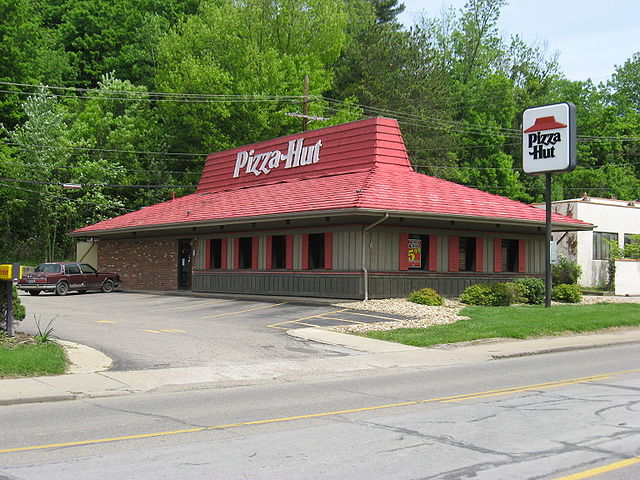 Founded by the brothers Dan and Frank Carney with $600 dollars borrowed from their mother, Pizza Hut eventually grew to be the largest pizza restaurant company in the world. Pizza Hut’s iconic red roof logo was developed in 1969, and soon became renowned as a symbol of good food and a comfortable atmosphere in countries such as Canada, Japan, and England.

The story behind the company name might come as a surprise–the sign outside the original building only had room for 8 letters, so the founding brothers chose “Pizza Hut” largely because it fit. 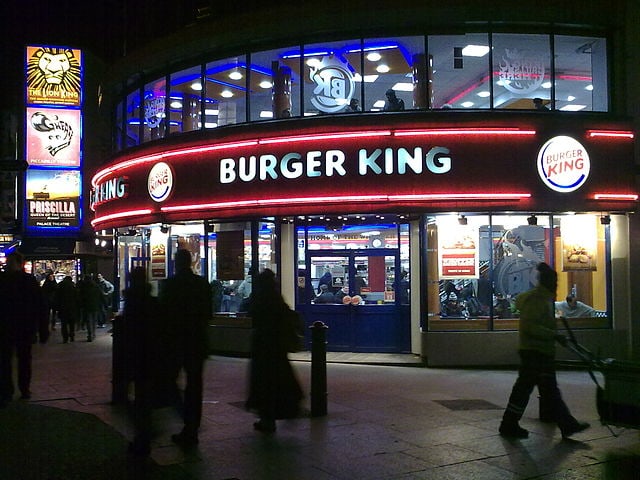 This fast food chain was originally called “Insta-Burger King,” and kept this name until it was purchased in 1957 by James McLamore and David Edgerton. Alongside the new, streamlined name “Burger King” emerged the signature dish: the Whopper. Burger King is so popular that it serves approximately 54 million customers each month in the USA alone!

In 2009, Burger King had a limited-time offer known as the “Angry Whopper” which featured peppers and spicy sauce. 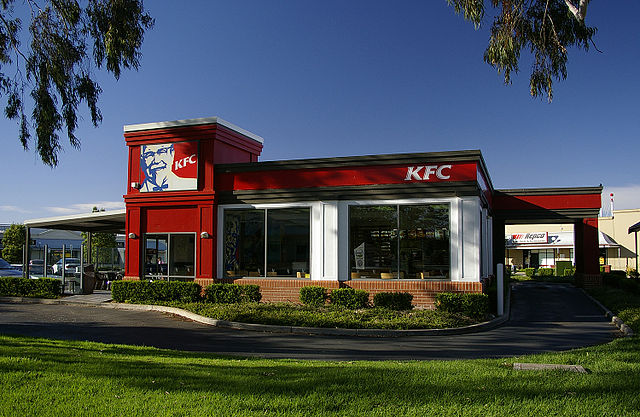 Kentucky Fried Chicken was founded by a man named Harland Sanders, who sold chicken during the Great Depression and would reportedly welcome guests to his own table. KFC was the first western restaurant chain to open in China, and its popularity exploded soon afterwards. KFC serves a total of 80 different countries and territories around the globe.

The Chinese network of KFC restaurants is the largest unit in the KFC international division, and includes over 1,600 restaurants. 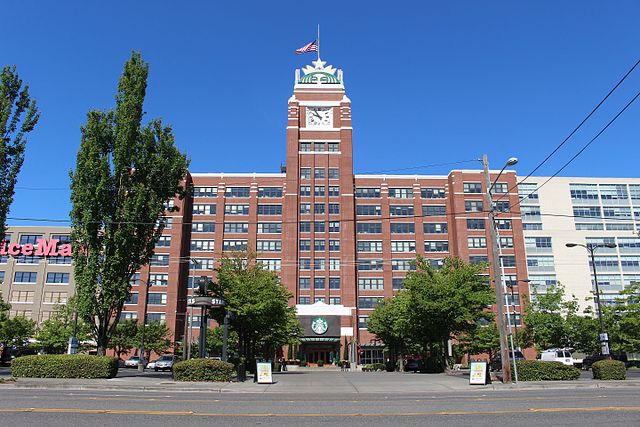 Starbucks is one of the most well-known coffee chains and the biggest coffee retailer in the world. It originally opened as a single, modest storefront in Seattle’s Pike Place Market, later growing to provide ready-made coffee and snacks alongside whole coffee beans.

The extremely popular seasonal Pumpkin Spice Latte was thought up by Stanford basketball player Peter Dukes. The drink became a sensation, with people having ordered well over 200 million of them since their inception. 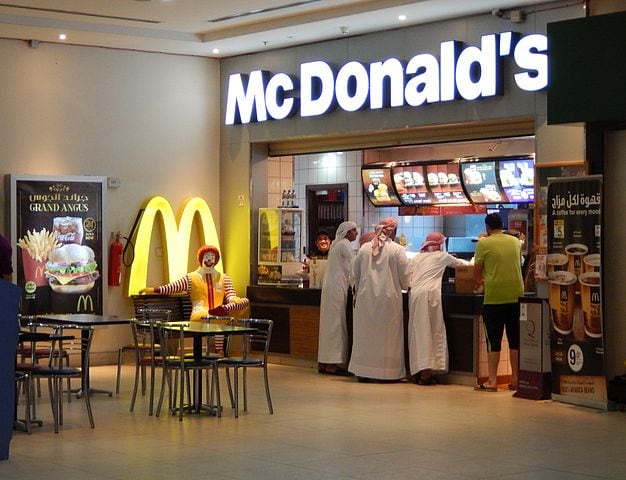 McDonald’s was originally opened by a pair of brothers, Richard and Maurice McDonald, evolving from restaurant to hamburger stand to franchise. Ray Kroc, often erroneously accredited as the founder of McDonald’s, joined the company and later bought it out. He then spent years building McDonald’s into the giant that it is today.

The McDonald’s “golden arches” are now more widely recognized than most religious symbols, and boasts the highest brand value of any global quick service chain. 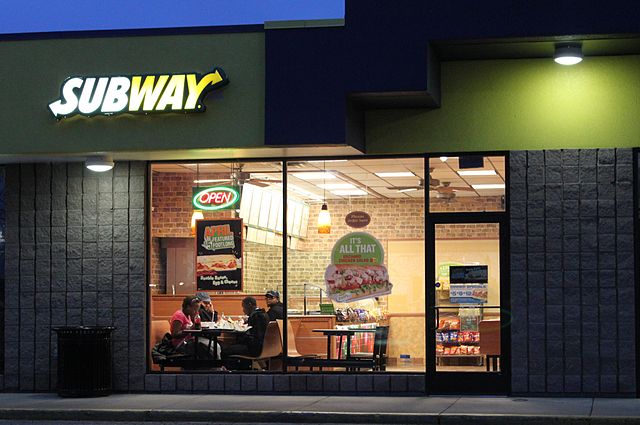 Subway is the largest fast food chain in the world. Originally called “Pete’s Super Submarines,” Subway began as a partnership between 17-year-old Fred DeLuca and family friend Peter Buck. Buck loaned DeLuca $1,000 to get his his business off the ground so that he could pay for college.

Subway boasts locations in 112 countries, sometimes in unconventional places. For instance, the True Bethel Baptist Church in Buffalo, NY opened a restaurant within its building in order to provide jobs to those in need.