Firearm enthusiasts all around the world love to collect guns, and handguns are especially popular due to their portability and effectiveness. However, despite being smaller than rifles and other types of firearms in most cases, some handguns can still pack an incredible punch.

In this article, we’ll be ranking the power of these impressive handguns based off caliber. The caliber of a handgun is measured according to the diameter of the inside of the gun’s barrel, or the diameter of the bullets it can take. Read on to learn about the massive calibers that some of the world’s most powerful handguns can handle! 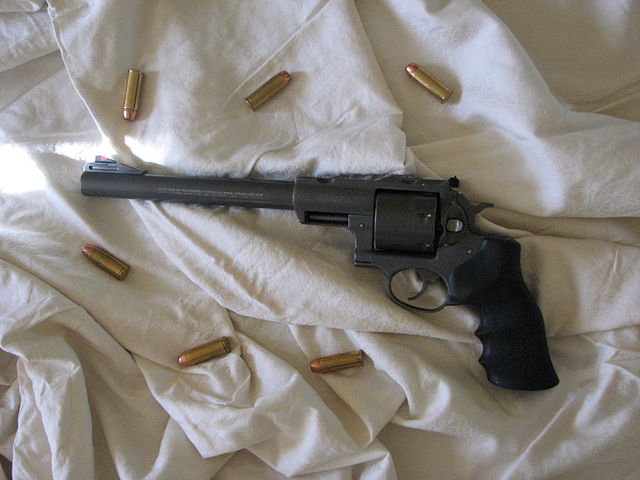 A variation of the classic Ruger Redhawk line, the Ruger Super Redhawk boasts improvements such as an extended frame and a monogrip with an internal recoil cushion. This double-action revolver is a force to be reckoned with, and comes ready for scope mounting, making it a great choice for hunters.

The Ruger Super Redhawk owes its ability to fire the hefty .454 Casull rounds to its heat-treated, alloy-based cylinder. This strategically-built cylinder offers the precision and durability that Ruger prides itself on. 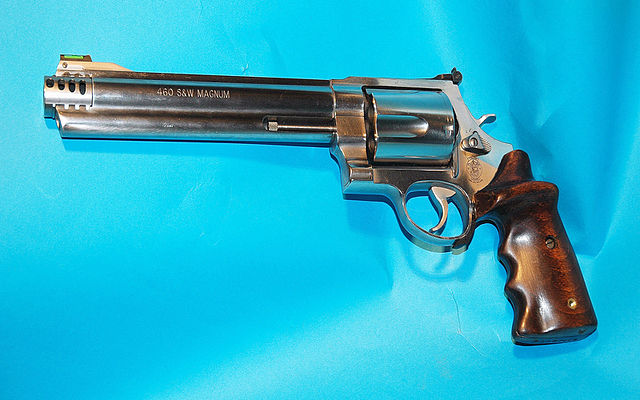 Smith & Wesson states that their XVR 460 Magnum is the highest velocity production revolver available today. This handgun features Smith & Wesson’s extra large frame, and is capable of delivering a stunning velocity of over 2,300 feet per second. The XVR 460 Magnum uses gain-twist rifling in order to maximize its velocity and range, and features an optional bipod for added support when shooting.

The Smith & Wesson XVR 460 Magnum is available with barrels up to 14 inches in length.

The Magnum Research BFR Revolver is specifically designed to accommodate larger rounds with its characteristically long barrel. The length of the barrel varies according to caliber, and custom barrels can be commissioned from Magnum Research. This handgun is also capable of handling Smith & Wesson’s largest rounds.

This revolver weighs a whopping 5 pounds, which is nearly as heavy as a rifle. When a handgun fires with this much force, a heavier weight is considered an asset since it reduces the effects of recoil. 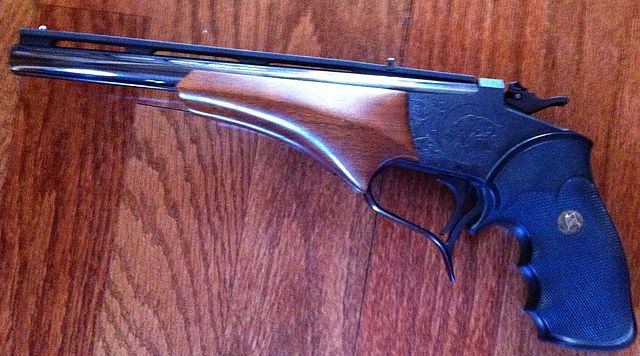 This break-action, single-shot handgun is quite popular due to its accuracy and staying power. Because of its weight, the Thompson Center Contender Pistol is best suited to handgun hunting and accuracy practice on the shooting range. This handgun also stands out because of its sleek and elegant appearance, which features an ergonomic grip.

This popular pistol was among the first of the firearms produced at Thompson Center Arms. It quickly became popular, largely as a result of its versatility. 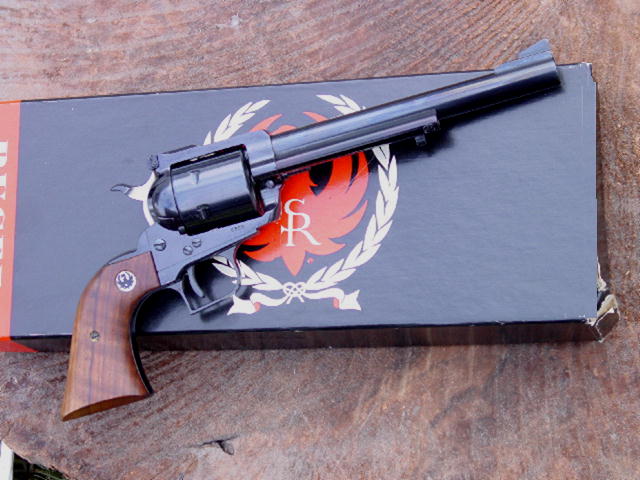 This impressive six-shot, single-action revolver is a variation of the Ruger Blackhawk that was welcomed by gun enthusiasts as a more powerful option for handgun hunting. Many people prefer the more compact Ruger Super Blackhawk to the heavier, double-action Ruger Super Redhawk, and were thrilled to finally have the option for a lighter gun with higher firing power.

Avid range shooters who have spent some time firing off a lot of rounds from this handgun report that the recoil can be wearisome after a while. 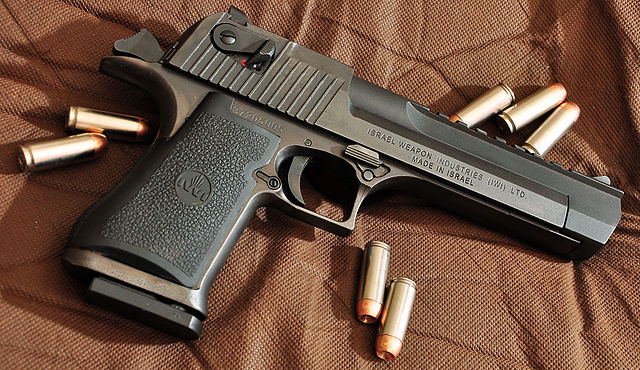 This well-known handgun has made frequent appearances in movies, games, and other media. Among gun enthusiasts, it stands out for its use of a gas-operated reloading mechanism, which is usually found in rifles. This gas-operated action assists in efficient reloading of larger rounds, enabling this handgun to deliver enormous firing power.

Since this firearm is chambered for the .50 Action Express and boasts such firing power, it’s more suited to range shooting than to self-defense. 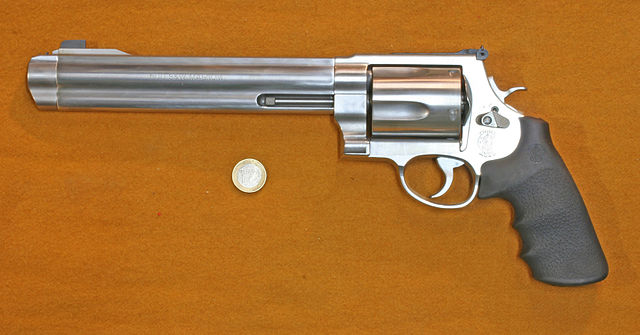 This double/single action revolver is renowned for its intense firing power, which is tempered by a muzzle brake to lessen recoil impact. The revolver measures 15 inches in length and weighs in at 4.5 pounds, making it far more suited to hunting than to carrying on one’s hip.

The Smith & Wesson Model 500 has been referred to as the most powerful production revolver on the market, and can vary in barrel length so that shorter variations can be carried.

This massive handgun was developed by a Swiss gun nut named Zeliska, who wanted a handgun that could chamber big game hunting rounds.