Our world economy is dependent on fossil fuels, oil in particular. For some people, their survival depends on having a supply at their disposal. However, with the “black crude” found in only a handful of places around the world, it has to be shipped by massive tankers. If something goes wrong, as it has several times, the oil will spill out and the results will be disasterous. 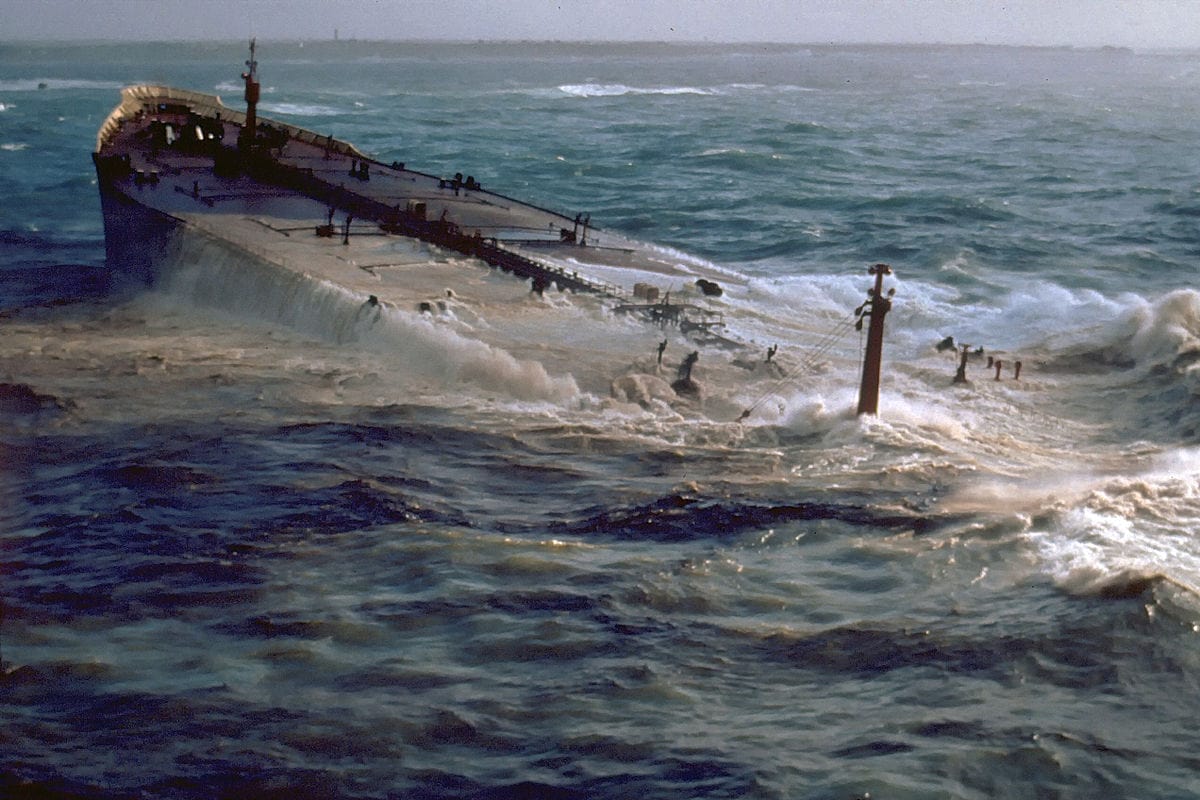 The Amoco Cadiz was a tanker carrying over 1.6 million barrels of crude oil from the Middle East to Europe. Once the ship sailed near coastal France, rough seas caused a wave that damaged the ship’s rudder. The pilot could not steer. The ship drifted towards land due to the heavy winds and eventually ran aground, splitting the ship in half. It dumped the entire tank into the sea.

There was significant damage to life and land along the coast. Oil even spilled into the rivers that emptied into the Atlantic.

Amoco had to pay the French government $200 million in 1992 for damages and repair costs. 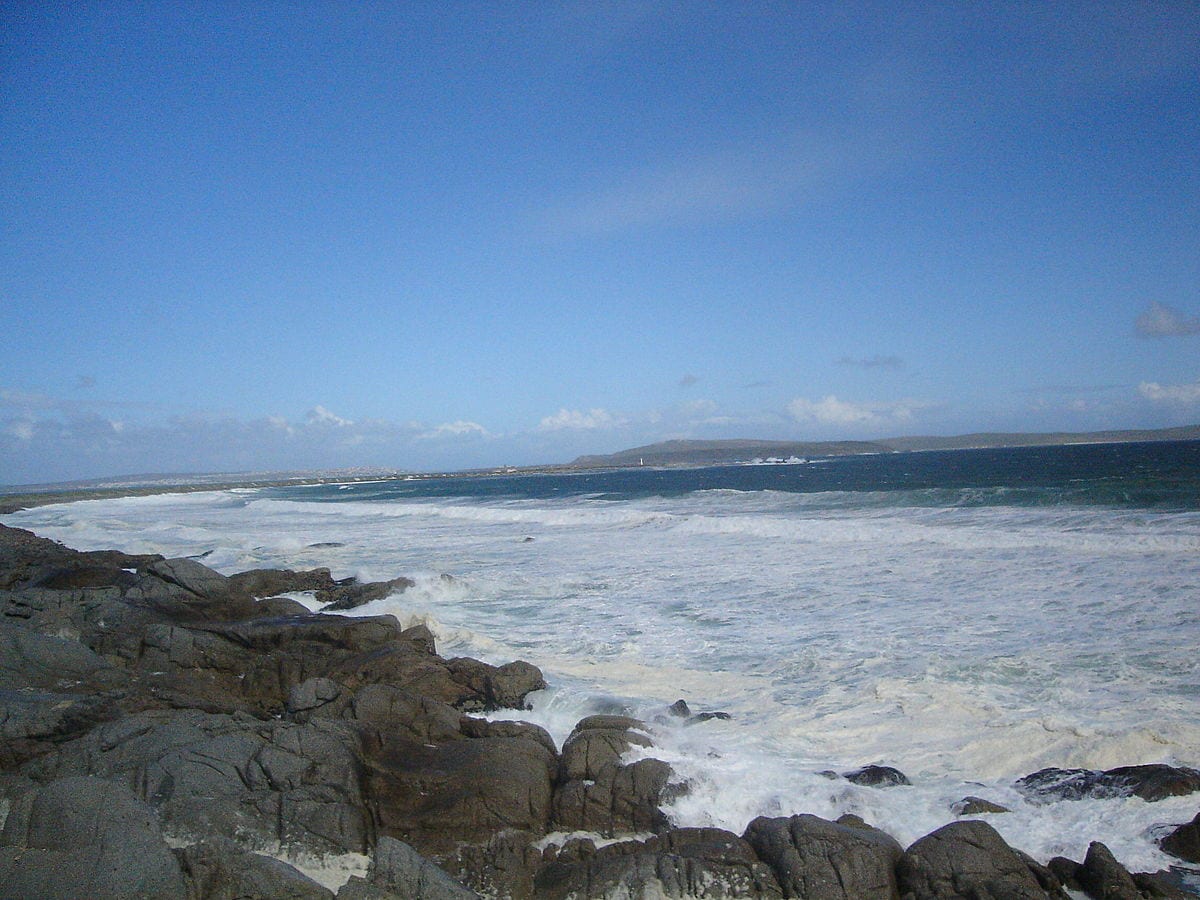 The supertanker Castillo de Bellver was headed to Spain from the Persian Gulf. The ship caught fire as it rounded the cape at South Africa. A rescue team saved the crew as the fire burned out of control, eventually ripping the ship in half. Two parts sunk in the deep water. One half had the tank still contained. However, the incident spilled anywhere between 50 and 80 million gallons of crude.

The crew acted fast to protect the beach and sea life. Given the size, there was relatively little damage left.

1,500 seabirds (gannets) that had gathered to mate in the bay were contaminated by the spill. 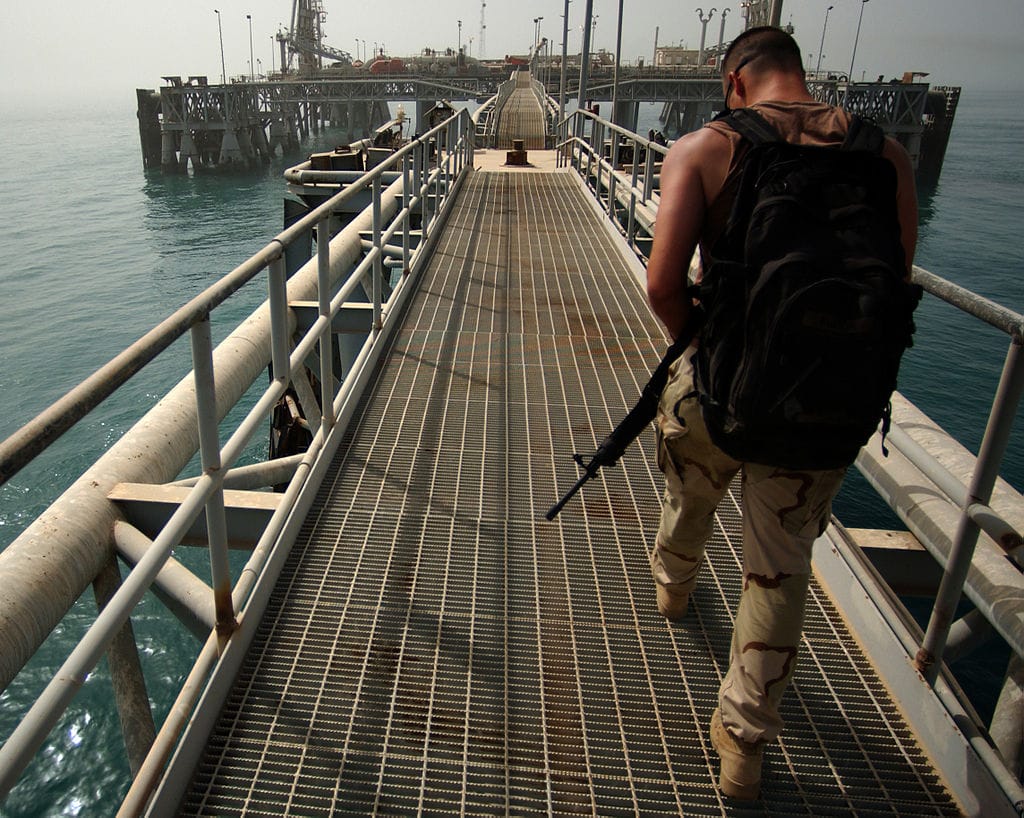 During the Iran-Iraq War, the waters in the Persian Gulf were the subject of conflict; who owned the rights to the lucrative minerals below. There were two incidents in this area during 1983, and the damage was only worsened by the conflict.

A tanker crashed into one oil platform. The platform eventually toppled into the water, spilling between 50-60 million gallons.

A helicopter attack destroyed another platform, which caused an additional 30 million gallons to spill

It took two years to cap the well from the second spill. 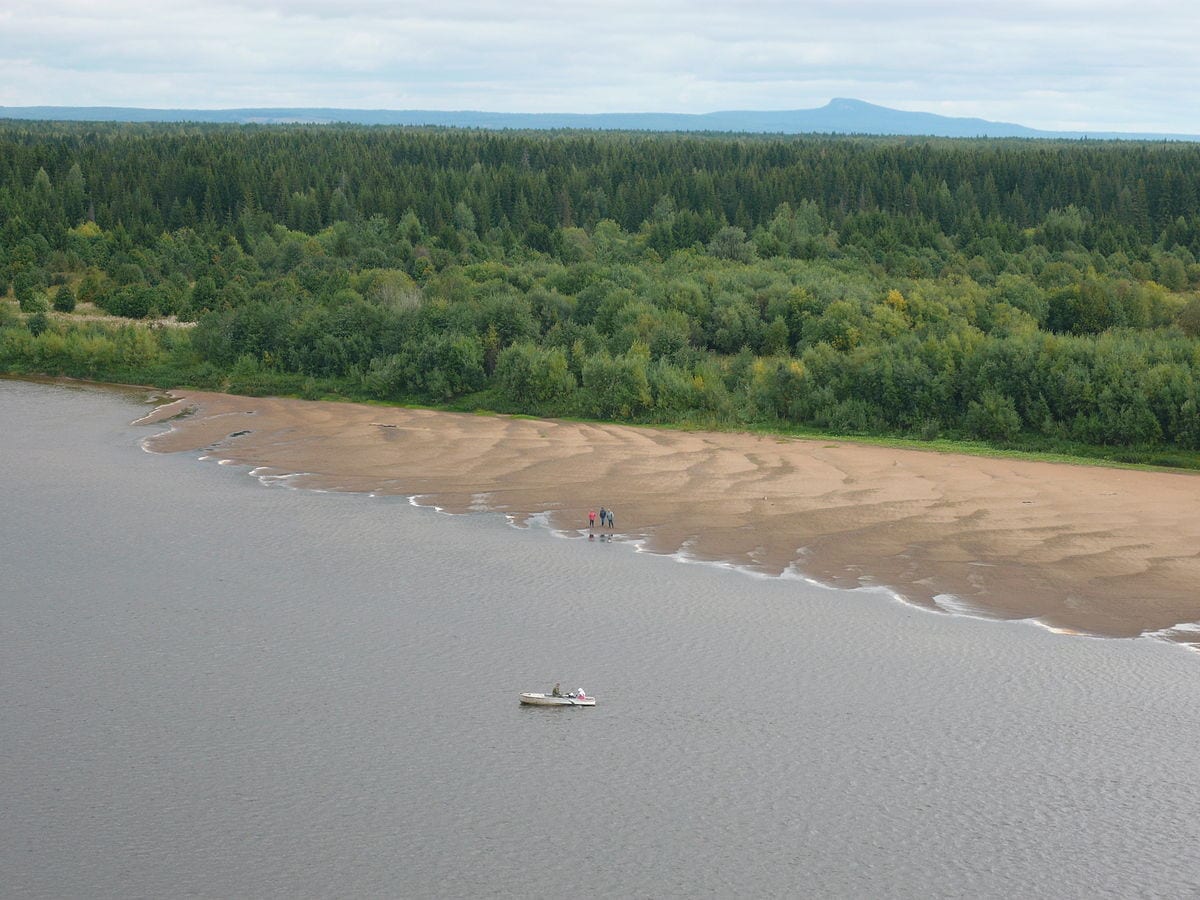 Source: By Maximovich Nikolay [CC BY 3.0] via Wikimedia Commons

The infrastructure in Russia was in some disrepair during the years leading towards the end of the Soviet Union. The oil pipeline crossing the Kolva River ruptured in 1983. The authorities built a dam around the pipeline. Continued corrosion of the pipes worsened the situation. Finally, a storm caused the dam to collapse and spill the oil.

Many relied on the river for fishing and shipping, but the economic costs were not made public.

The company held responsible couldn’t afford to pay for the cleanup. Various companies and organizations $124 million to help. 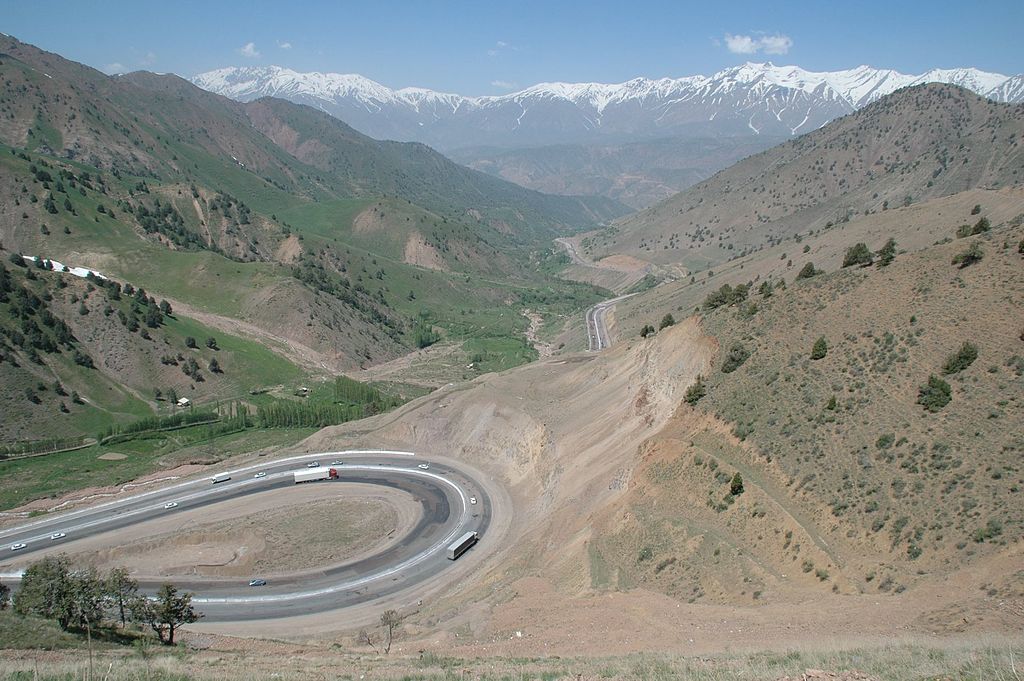 This was the largest landlocked oil spill in history. A blowout in a well caused the uncontrollable discharge of oil all over the valley near the city of Fergana. The oil caught fire and burned. An estimated 3,500 barrels a day flowed from the well until it stopped on its own.

The oil flowed into the ground and was reabsorbed. US cleanup crews helped the region recover.

This was the largest oil spill in Asia. China is exploring reopening the wells at Mingbulak. 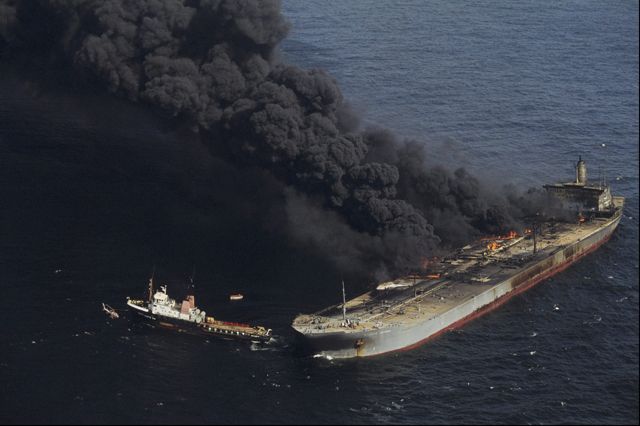 Two supertankers collided off the coast of Trinidad & Tobago, causing both ships to catch fire spill their cargo – about 50 million gallons of oil – into the Caribbean Sea. The Atlantic Empress burned for two weeks before sinking. The other ship, the Aegean Captain, was towed to shore.

Fortunately, the winds from a tropical storm carried most of the oil out to sea and away from the beaches.

This was the largest ship-based spill in history. 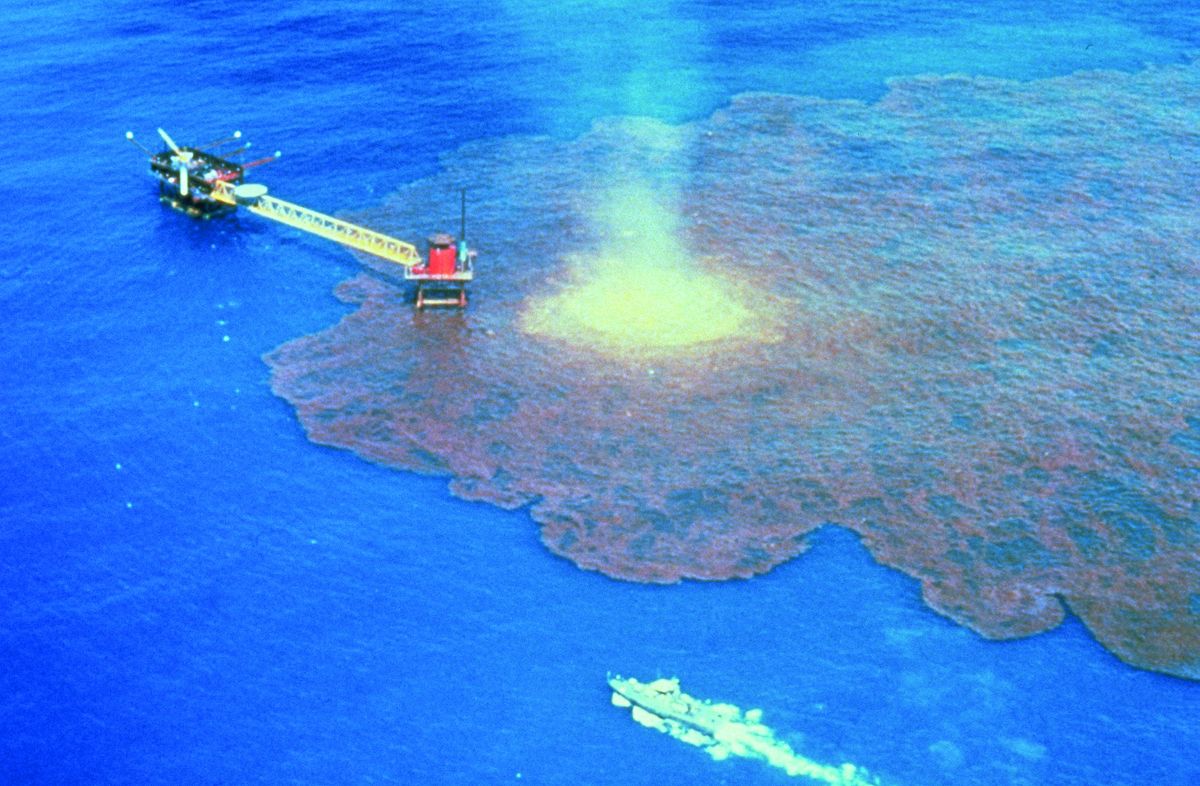 The Ixtoc 1 was an oil well under the control of Pemex, a Mexican oil company. There was an accident involving the drilling rig. It caught fire and sunk into the sea. The pressure change caused a well blowout that sent oil spilling into the Gulf. The Mexican authorities made attempts to reduce the pressure, but the process took months. They eventually capped the well 10 months later.

Because Pemex was operated by the Mexican government, they used the Sovereign Immunity doctrine to avoid paying cleanup costs to the Texas government. 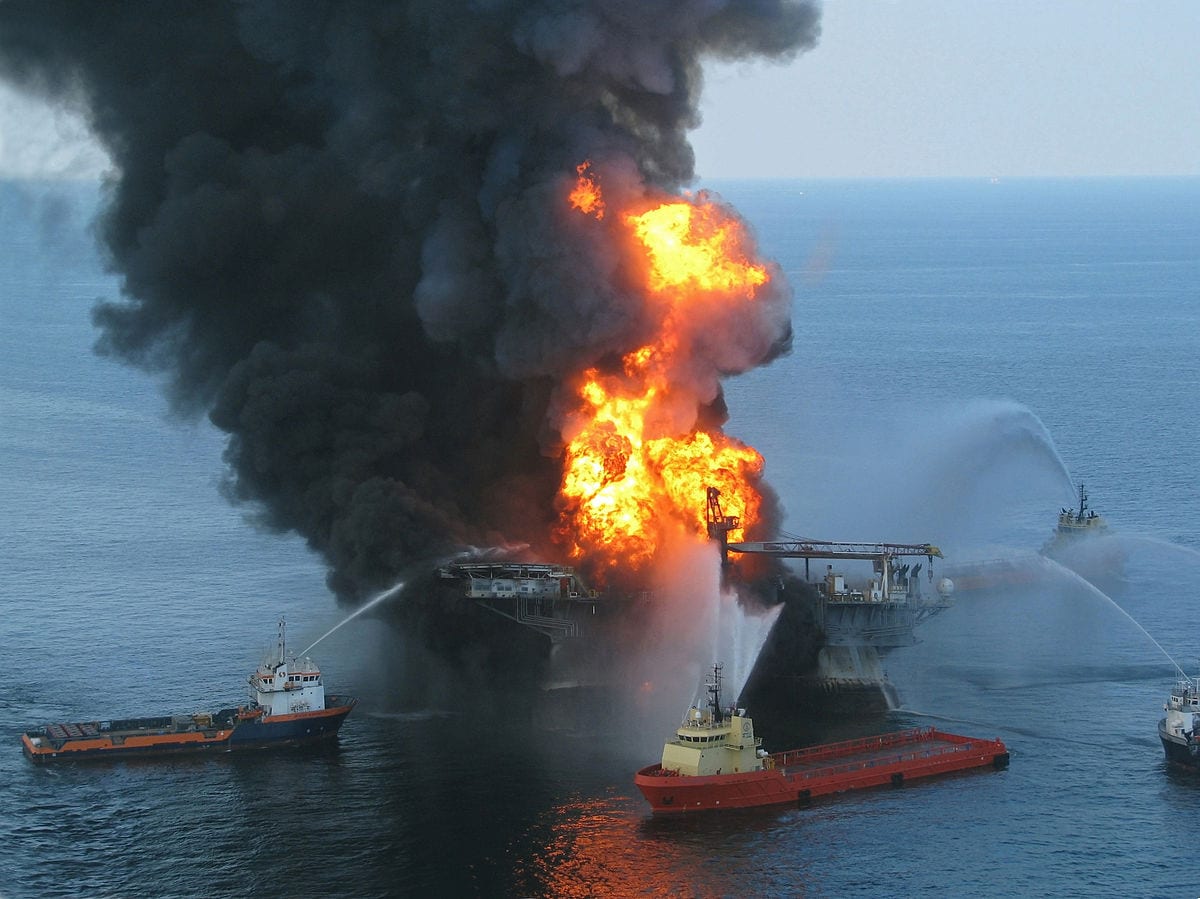 This is the largest oil spill to take place in North America. It’s also the largest accidental spill in history. A natural gas surge blew open a well, changing pressure and causing an explosion on the Deepwater Horizon oil platform. The platform flipped and sank into the Gulf within two days.

British Petroleum, the owner of the platform, had trouble capping the well. Meanwhile, the oil spilled into the Gulf and drifted towards US shores.

Today, the actual amount that spilled is still in doubt. Some believe the Deepwater Horizon spill may actually be the largest ever.

There were untold costs because of the spill. BP paid a $65 billion settlement, and another company, Haliburton, paid $150 million in criminal penalties. 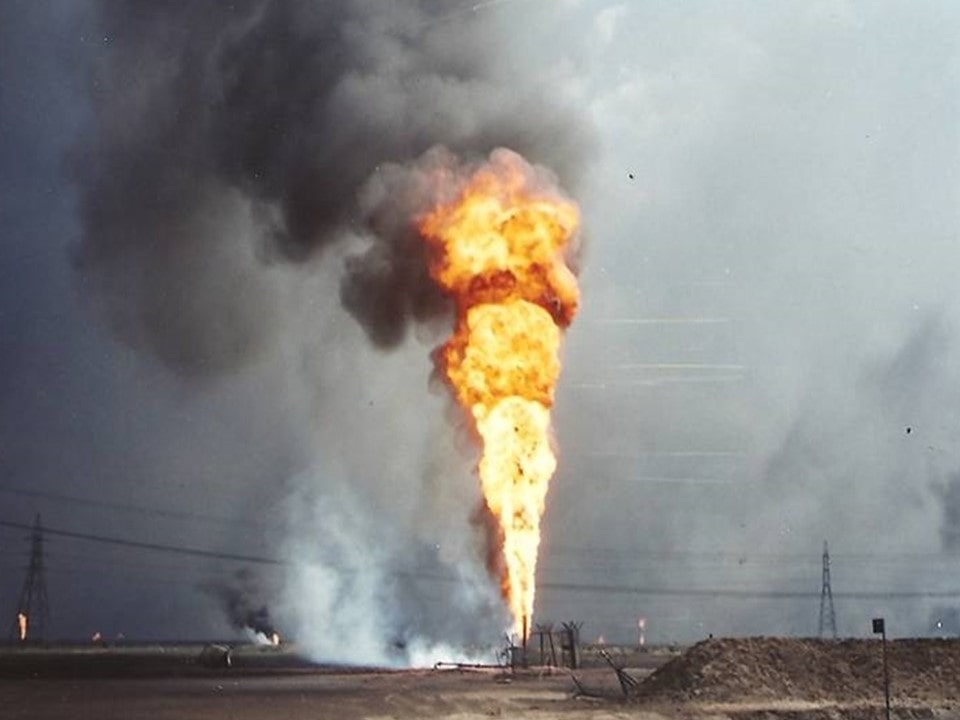 The oil spill caused by Saddam Hussein’s military is the largest oil spill in history. In 1991, Iraqi President Saddam Hussein asserted that the nation of Kuwait was historically Iraqi territory and moved his army to take control of the Kuwaiti oil fields. When the US military intervened, the Iraqis began setting oil wells on fire to cover their retreat from Kuwait.

Some believe that Hussein’s goal all along was to burn the oil. He wanted to punish the Kuwaiti government because of a dispute over oil drilling policies.