Every year, theories about the Universe are either disproven, found to be unsubstantiated or declared to be “very likely.” Things that scientists believed to be true can turn out to be undone by new discoveries. When it comes to the largest objects in the Universe that is also changing. Some objects that are out there appear to defy what we think we know about the stars and galaxies.

This is further complicated by the “cosmological principle,” which states that as far as we know, the universe is homogeneous. The laws of physics always apply as we know them. Astronomers have sorted out an upper limit for the possible size of an object. However, recent discoveries suggest that the cosmological principle is wrong. Some objects we’re discovering are bigger than the upper limit. 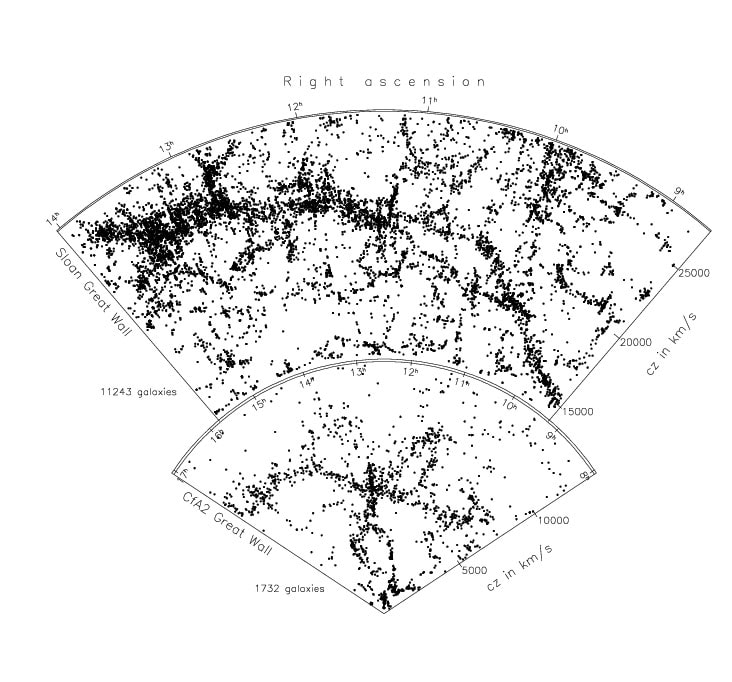 When talking about largest galactic structures of this size, it is helpful not to think of them as solid objects. Rather, they are groups of galaxies connected by dark matter. Dark matter is a hypothetical substance that cosmologists believe holds structures like galaxies together. The idea is that there must be something keeping them from flying apart. It’s dark, and thus unseen because it doesn’t interact with electromagnetic radiation (light).

Margaret J. Geller and John Huchra discovered the Great Wall during the attempt to map the structure of the universe.

The wall contains at least 3,000 galaxies, likely many more. 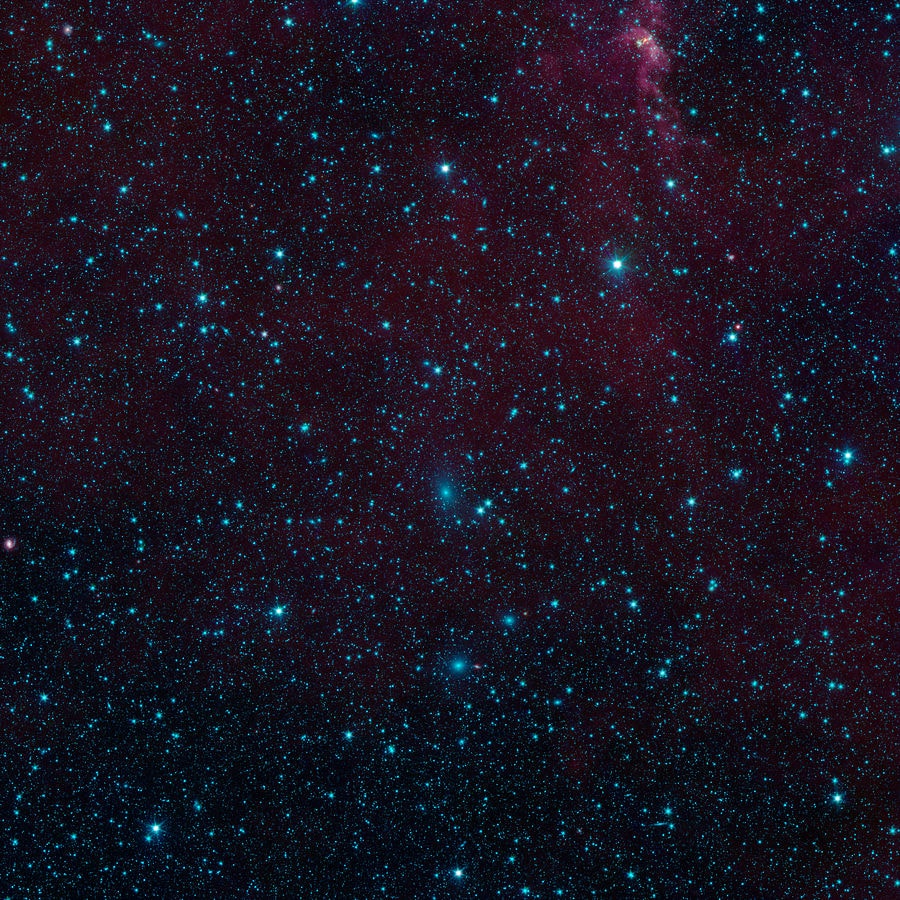 The galaxies in the universe are not uniformly distributed. They exist in clusters, lumped together by gravity and dark matter. These clusters are separated by cosmic voids, which are spaces where few or no galaxies are present. Superclusters are simply large clusters of galaxies. Astronomers estimate there are 10 million of these in the observable universe.

This supercluster is located in the Caelum constellation. It contains 50,000 large galaxies and 500,000 dwarf galaxies. The closest edge of this supercluster is 1.4 billion light years from Earth. It is 1029 times more massive than the Sun.

Astronomers believe this is the largest supercluster in the observable universe.

Source: Atlas of the Universe [CC BY-SA 3.0] via Wikimedia Commons

The Laniakea Supercluster itself contains 100,000 galaxies. Some galaxies are obscured by the Milky Way’s dust and gas components, so we don’t know for certain the number of galaxies. This is called the Zone of Avoidance. Astronomers look for ways to fill in the gaps caused by the zone.

The complex contains other superclusters, the Hercules, the Sculptor and the Hyrda-Centaurus.

The Virgo cluster makes up only 0.1% of this Supercluster complex.

This was discovered by a team of astronomers using the Baryon Oscillation Spectroscopic Survey. The survey is a mapping project called the Sloan Digital Sky Survey. It contains at least 830 visible galaxies and an unknown number of dark galaxies. Astronomers are still unsure whether this is a unified structure or a loose association that will eventually separate as the universe expands.

Joshua Sokol sums up the significance of great wall filaments. “On the grandest scales, the universe resembles a cosmic web of matter surrounding empty voids – and these walls are the thickest threads.”

The superclusters in the complex form galaxy walls. There are two elongated clusters and several smaller clusters. 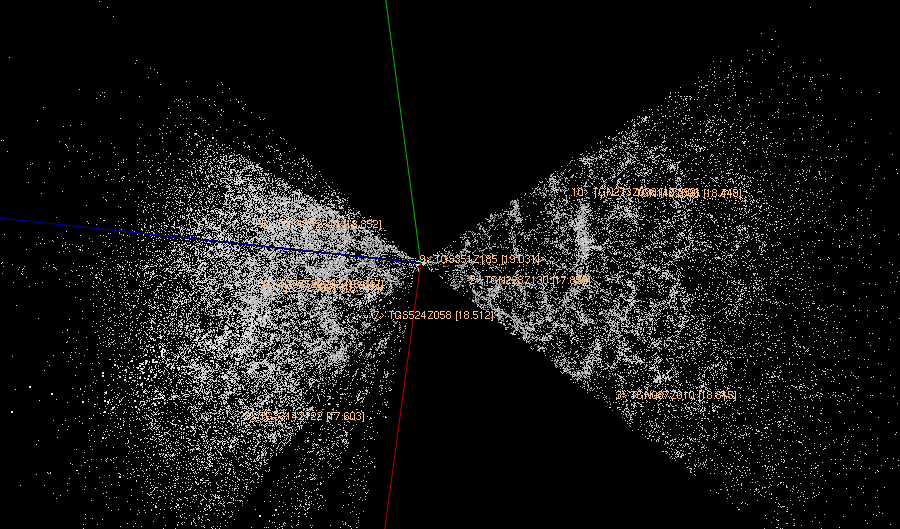 A group of scientists at Princeton University discovered this filament during the Sloan Digital Sky Survey. Like many of these structures, debate is ongoing regarding whether it is actually a structure or a chance alignment of galactic clusters. The clusters may not be bound by gravity and it is possible they will never be.

Another set of academics observed the Sloan wall and found rich supergalaxy clusters within containing hundreds of galaxies. They believe these clusters are not growing or separating.

The Sloan wall is approximately one billion light years from Earth. 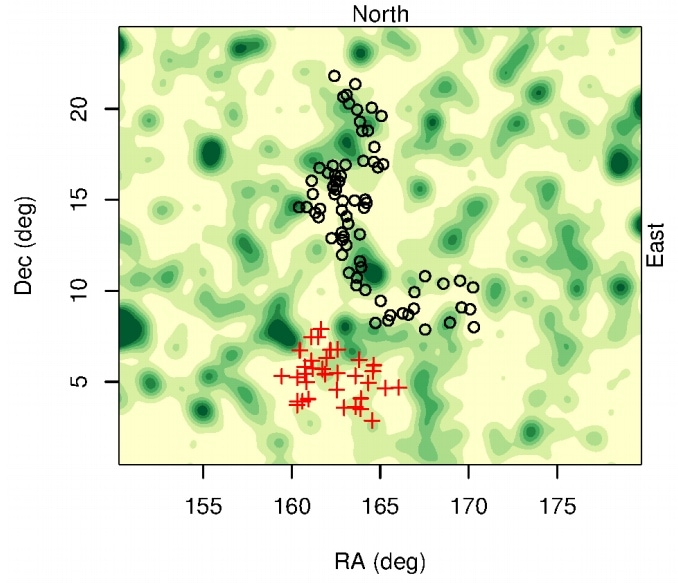 A quasar is an active nucleus of a galaxy. Cosmologists theorize that quasars sit at the center of galaxies. They are supermassive black holes that emit enourmous energy as matter collapses back on to the black hole. The theory is that they play a role in the formation of galaxies.

A large quasar group then is theorized to be the precursors to galaxy filaments or walls. There are 34 quasars in this group. It is 9.5 billion light years from Earth.

Some theorize that this group is connected to another nearby LQG. If true, it would be the largest object in the universe. However, no evidence currently supports the theory. 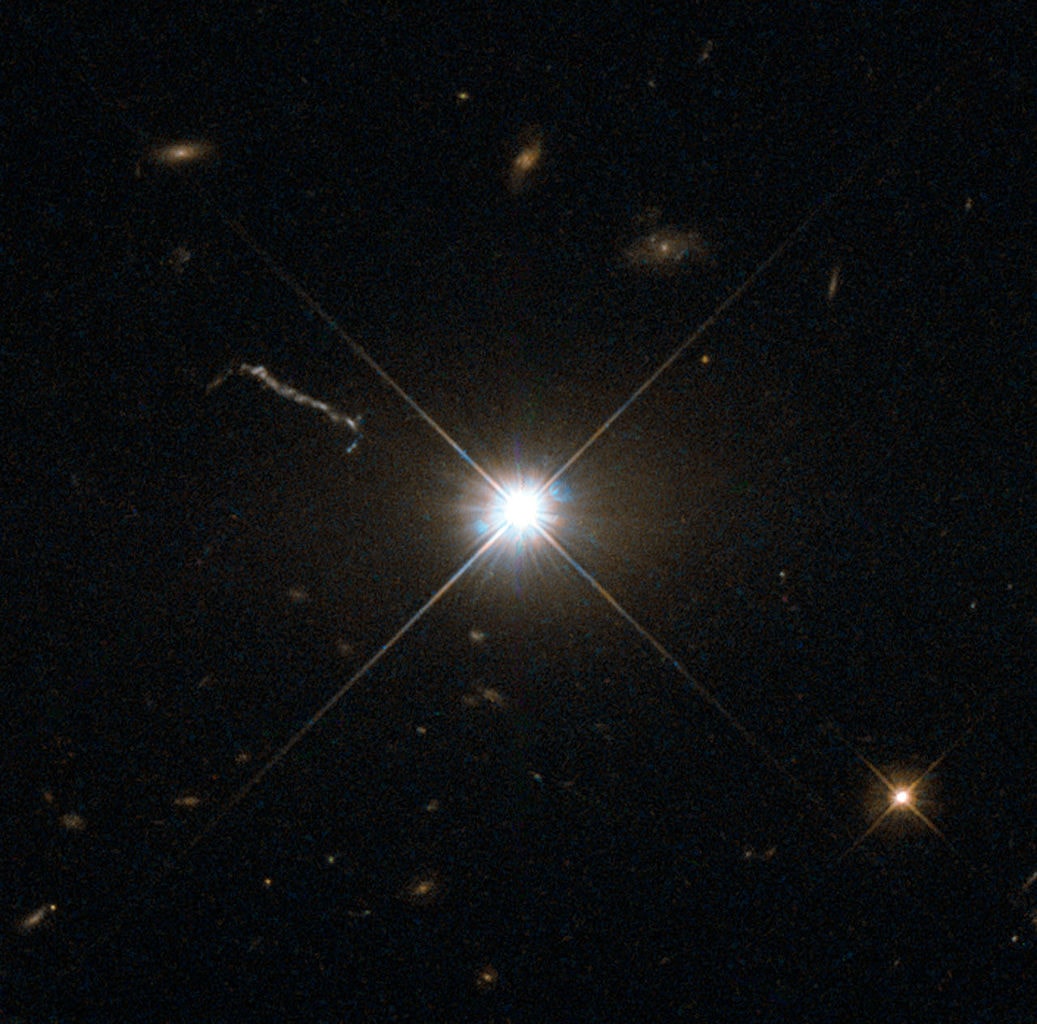 This LQG is 8 billion light years away from Earth. It is close to the Clowes-Campusano LQG and its formation and proximity to another smaller LQG suggest the formation of a massive galaxy wall sometime in the cosmological future.

Robert Clowes is the astronomer who discovered this and the other named LQG. He believes that the existence of these Quasar groups question the validity of the cosmological principle.

U1.11 is located within the Virgo and Leo constellations. It contains 38 quasars. 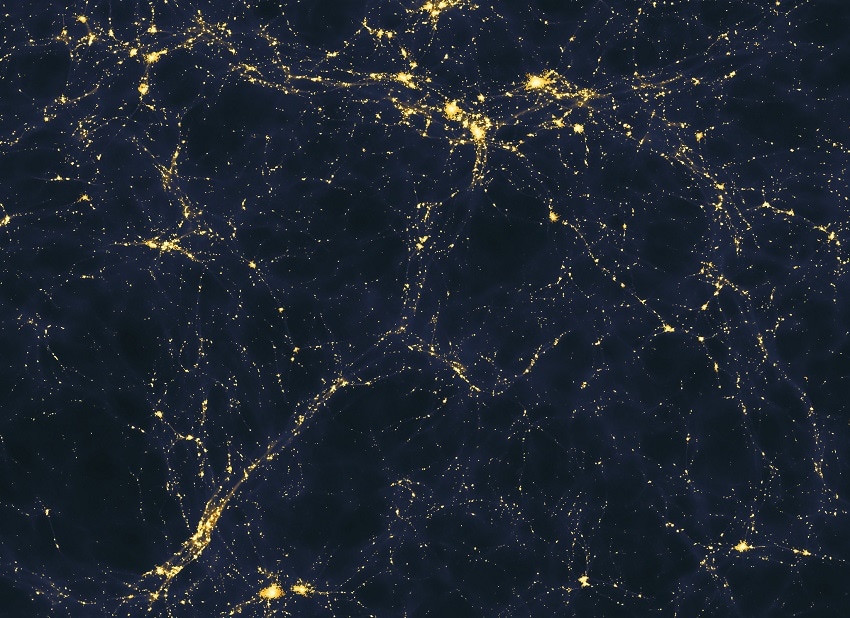 Source: UCL Math and Physics [CC BY 2.0] via Flickr

Aside from the nuts and bolts of the mass of the object, the standout matter regarding this Huge Large Quasar Group is the debate about whether it is a real structure or a pseudo-structure. Clowes is the astronomer who found the Huge LQG. He found evidence of homogeneity within the group of 78 quasars. It would violate the cosmological principle if it does exist.

The results of a computer simulation of quasars suggested that the group Clowes found is not a structure. Other observations of the LQG support Clowes findings. What the possible existence of LQG means to cosmology is a hot topic.

This quasar group is 9 billion light years from Earth. 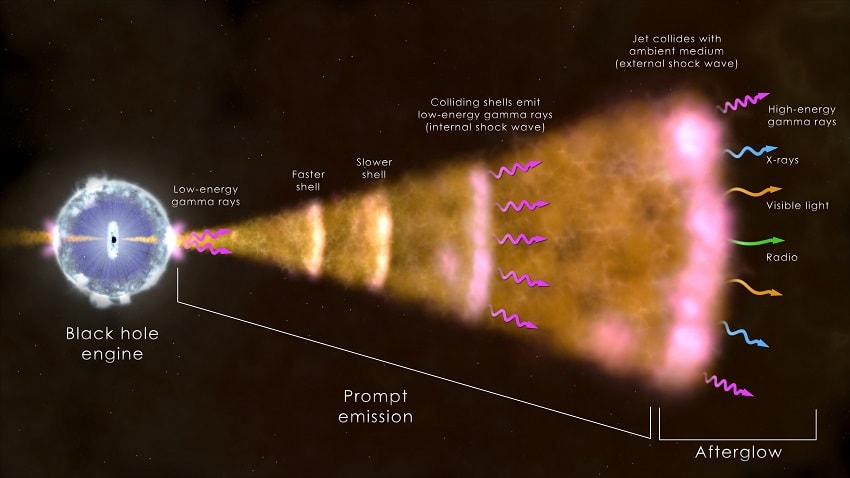 Astronomers use Gamma Ray Bursts (GRB) to detect large galactic bodies at a great distance. Gamma rays are emitted during a supernova or the collapse of a dense star. The presence of gamma rays also suggests energy from star formation.

An analysis of data from NASA’s Swift spacecraft led one astronomer to believe that Gamma-ray bursts occurred in a relatively close distance from each other in a ring shape. The shape is not random and so the ring is a real structure, or so goes the hypothesis. The ring is estimated to be nearly 6 billion light years in diameter.

If the Earth was in the path of a Gamma-ray burst, the burst would likely destroy life on Earth. 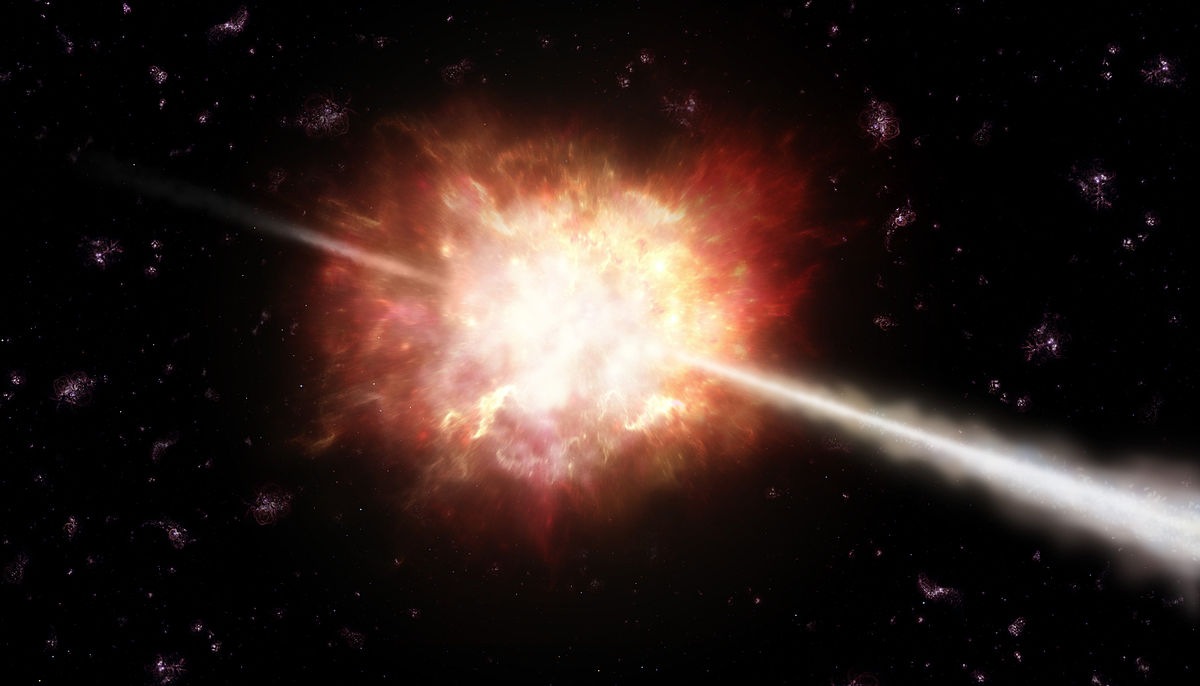 Source: By ESO/A. Roquette [CC BY 3.0] via Wikimedia Commons

Gamma-ray astronomy has revealed another massive celestial object. The Hercules–Corona Borealis Great Wall is believed to be the largest object in the known universe. Several astronomers used data from the Swift spacecraft and found a cluster of Gamma-ray bursts relatively close to each other and in higher than expected quantities. To cosmologists, this suggests the formation of a massive object.

The Great Wall contains 283 GRBs. It is between 15 to 17 billion light years from Earth. It likely contains billions of galaxies.

A teenager from the Philippines, Johndric Valdez, named the theoretical structure after reading about the study in the news. A science vlogger used the name in one of her broadcasts. Later, one of the discoverers of the Great Wall, Jon Hakkila, used the Hercules-Corona term even though the term isn’t quite an accurate description.