Few natural wonders compare to the gorgeous, powerful waterfall. These massive displays of fast-moving water serve as awe-inspiring reminders of how remarkable our planet really is. Many people are especially drawn to the dramatic energy of larger waterfalls, willingly hiking for hours to reach the top and get a spectacular view.

Today we’ll be taking a look at some of the tallest waterfalls that lie scattered across the globe, from the frigid landscapes of Norway to the sweltering climates of the Americas. Let’s learn a little bit about 7 of the largest waterfalls in the world by height. 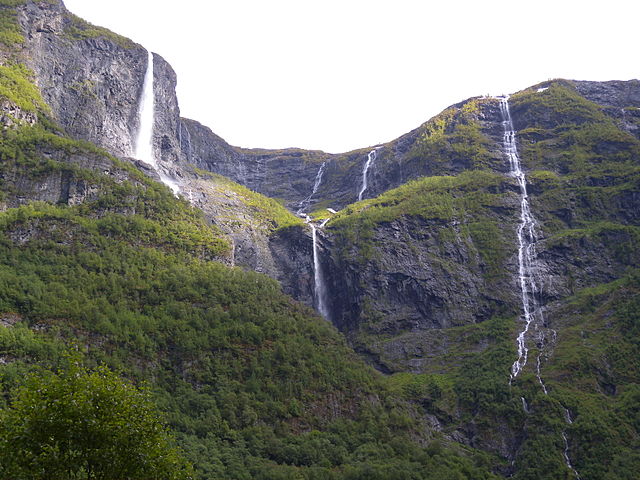 This gorgeous Norwegian waterfall is actually made up of three different streams, with the primary waterfall recognized as the one farthest to the left. The main waterfall is literally named “Stor Kjelfossen” (Big Kjell Falls) and the one adjacent to it “Vetla” (Little). Visitors can get a clear view of Kjelfossen from the road Stalheimskleiva, which is recognized as being Northern Europe’s steepest road.

Kjelfossen is known for its height rather than its volume, and features comparatively narrow waterfalls. There have been some discrepancies regarding the exact measurement of Kjelfossen’s height. 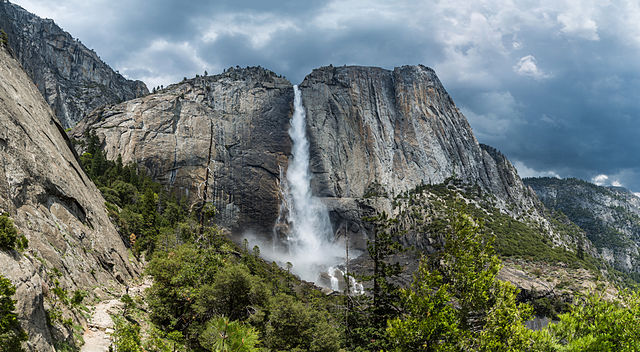 The amount of water flowing from Yosemite Falls varies by season, with the best times to view the waterfall generally occurring around late spring and early summer. 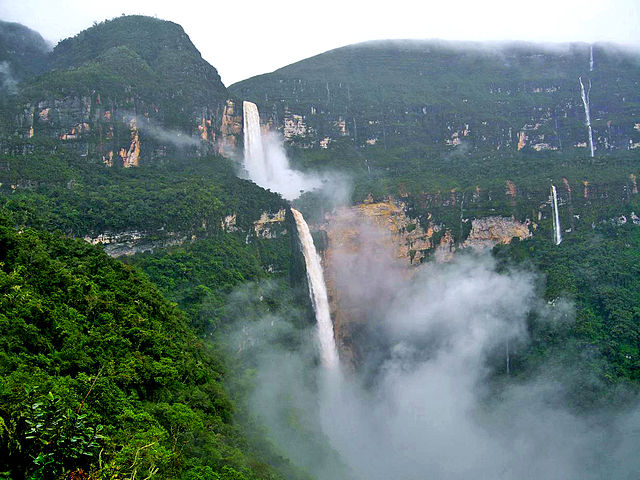 The Gocta Cataracts waterfall is believed by the locals to be fiercely protected by a white-haired mermaid. They feared her curse so deeply that they kept this waterfall a secret for years, and guarded it from the public until around 2006. At the time, the original measurements taken placed the Gocta Cataracts as the third-tallest waterfall in the world, but this data was later found to be inaccurate.

Travelers have reported that the local people who live near the Gocta Cataracts avoid the water and teach their children to do the same, largely as a result of superstitions related to its guardian mermaid’s enchantments.

This impressive waterfall is fed by a lake called Mongevatnet, the volume of which varies by the seasons. Mongefossen is located close by the Rauma River and flows into its waters, Mongefossen has been labeled the tallest waterfall which is visible from a railway station and possibly from a passenger railway line.

The waters of Mongefossen are actually regulated, meaning that it might once have been even more impressive. This regulation results from the locals using it as a source of hydroelectric power. 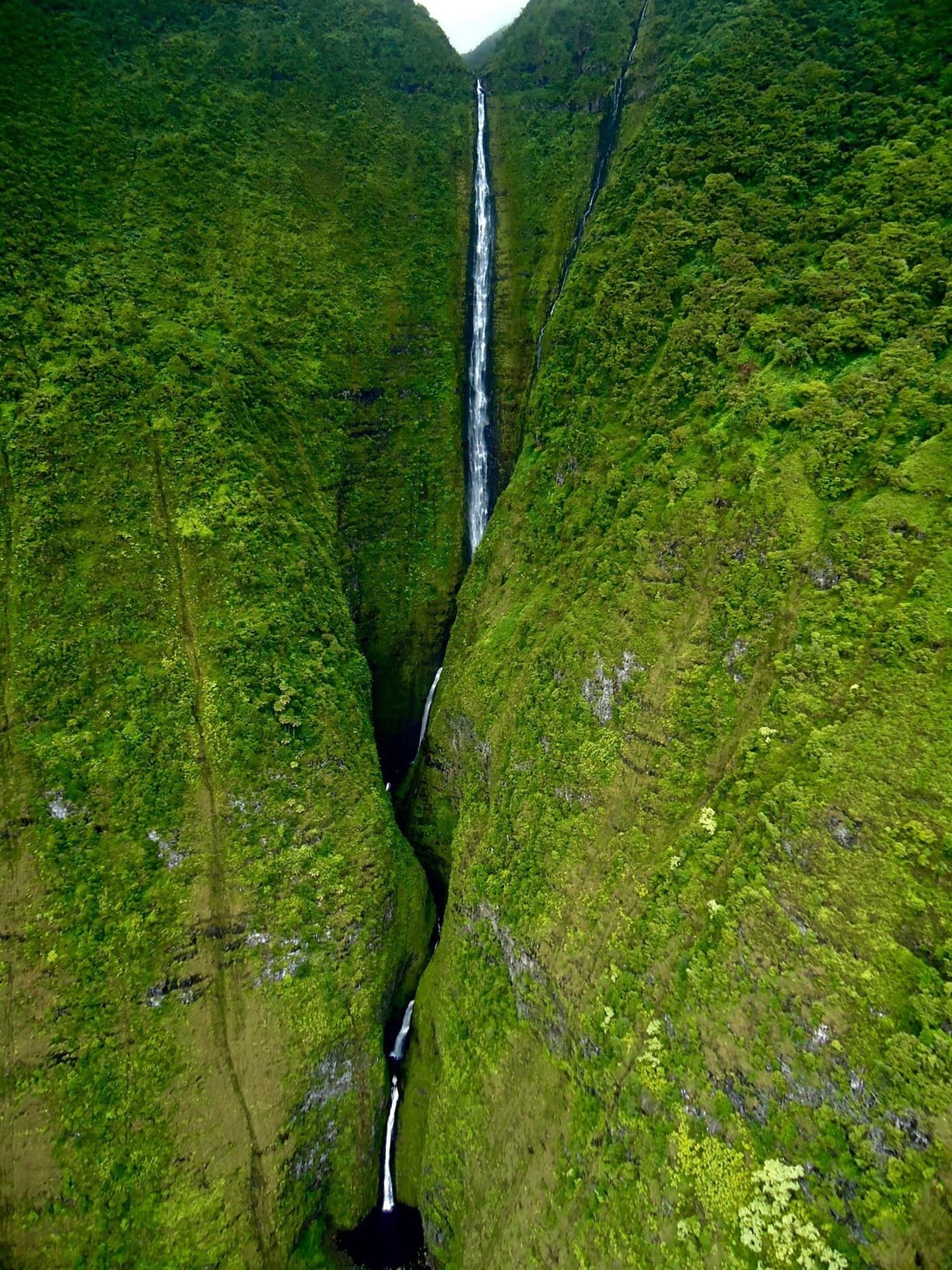 Engraved deeply in some of Molokai’s tallest sea cliffs, this rugged waterfall is unusually difficult to access except by plane. The waters of Pu’uka’oku Falls vary in volume according to the dryness of the seasons, and travel cohesively down the side of the landscape rather than free-falling from the cliff’s edge.

At particularly high winds, the waters of Pu’uka’oku Falls and its neighboring waterfalls do not actually meet with the ocean–they are whisked away as mist on the wind before they can reach the sea. 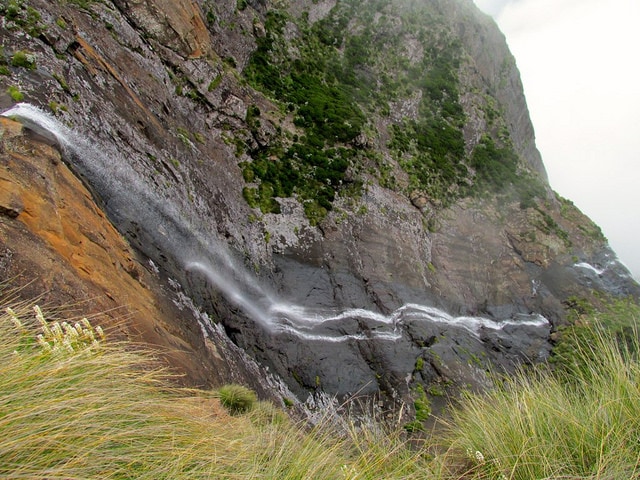 Those who wish to visit this astounding waterfall would do well to check on the weather and seasonal climates, as Tugela Falls has periodically dried up in the past. The best time to see this gorgeous landmark is the summer rainfall season, when it flows so strongly that it’s visible from the main road.

There are two trails that lead to Tugela Falls, winding through the mountains and indigenous forests in order to give hikers access to beautiful scenery. 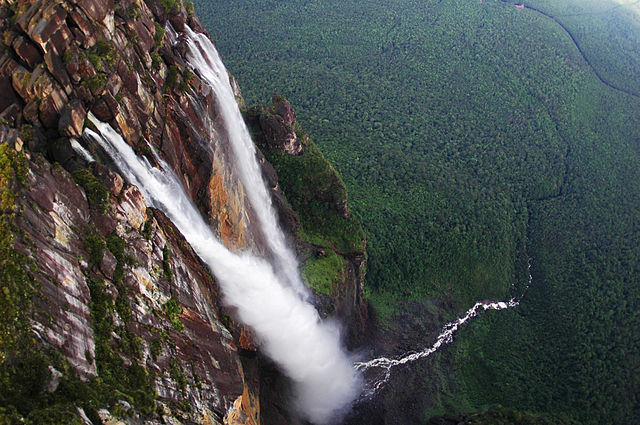 Angel Falls is the largest waterfall in the world by height. It is named after the aviator Jimmy Angel, who discovered it and later had to make an emergency landing there with his airplane. Angel Falls is certainly located in a rugged area with few roads and nearby people, but that doesn’t keep it from being one of Venezuela’s top tourist attractions.

Angel Falls is approximately 15 times as tall as Niagara Falls! The water falls from such a great height that the end of it sometimes evaporates into mist during particularly warm and dry seasons.

We’ve rounded up each waterfall including Pu’uka’oku Falls, Kjelfossen and Mongefossen in a graphic you can view below. Check it out below to learn even more about these natural wonders and see what you need to do to visit them.