When people think about babies, they usually marvel about how small and adorable they are. From cute onesies to miniature infant socks and hats, everything about newborn babies is tiny. However, not all infants will fit into the teensy, miniature outfits that you see in baby stores–some newborns astound their parents and doctors with their impressive sizes.

While the babies on this list certainly still qualify as cute, they’re anything but tiny! Today we’ll be taking a look at 5 of the largest babies born in the world, and learn a little bit about the circumstances of their miraculous births. 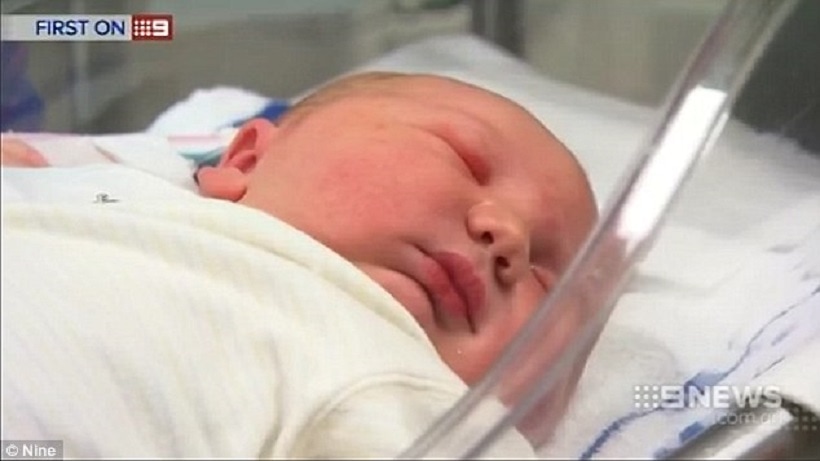 Cathleen Abels, already a mother of four, was told that she was expecting twins during her prenatal checkups. However, she was in for a surprise in the delivery room when it turned out that she was giving birth to a single, unusually large baby daughter! Cathleen was told by the nursing staff that hers was the biggest baby in the hospital’s history of deliveries.

Cathleen commented that her family consisted of “generally big people,” but was still surprised by the impressive size of her newborn daughter. 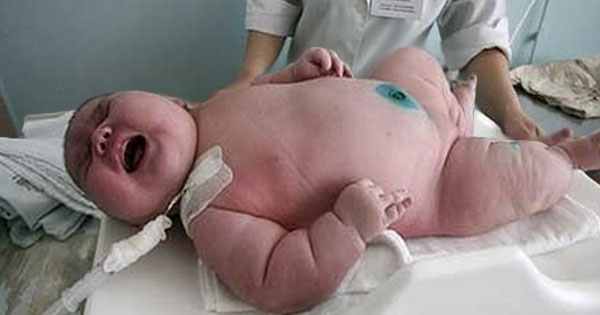 Weighing in at twice the average size of a newborn baby, Francisca dos Santos’ son earned the status of being Brazil’s heaviest recorded baby. This impressively large infant was Francisca’s fifth baby, and was delivered via c-section. Unfortunately, the reasons for the little guy’s size stemmed from his mother’s diabetes. Although they both had to be carefully monitored and treated for the effects of her condition, they went on to enjoy generally good health.

Doctors stated that when Francisca’s baby was born, he was the same size that the average six month old baby weighs! 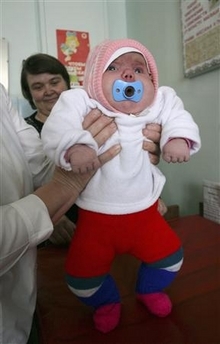 Already having had eight daughters and three sons, Tatyana Khalina was still surprised by the size of her newborn daughter. Mother and daughter were fortunate enough to experience a smooth and healthy birth, with medical staff confirming that little Nadezhda was doing well and developing properly. After having gone through her pregnancy with little nutritious food, Tatyana and her family were given assistance from their community. 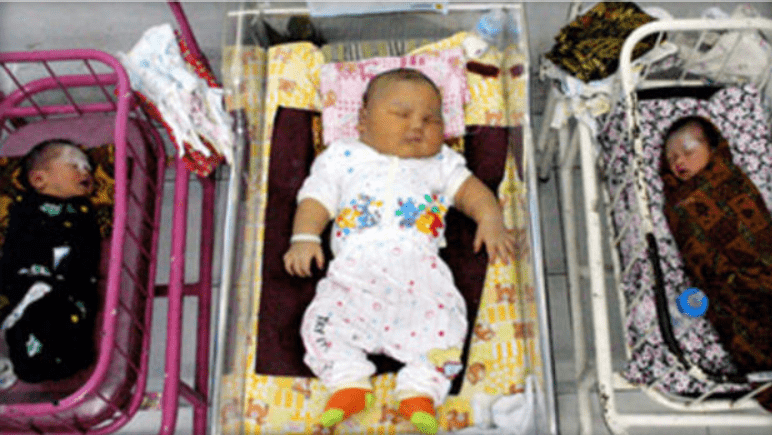 At 41 years of age, Ani gave birth to her astoundingly large son by way of a 40-minute c-section. Despite the complication of the baby’s size, which occurred as a result of the excessive glucose from her diabetes, both mother and child emerged from the experience in good health. Baby Akbar’s two siblings had been on the large side as well, but he still dwarfed them by comparison and surprised his parents with his stature.

The boy’s father, Muhammad, commented alongside the doctors on his ravenous appetite. While rejoicing in the baby’s and mother’s good health, he still mused “I hope I can afford to feed the baby enough, because he needs more milk than other babies.” 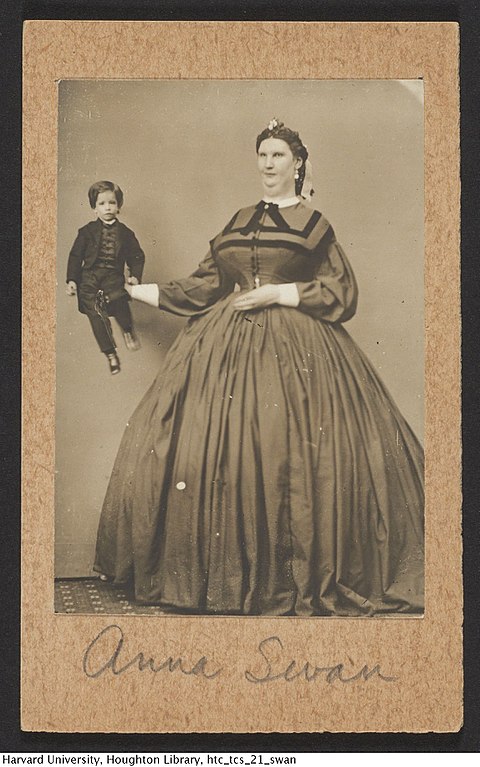 Anna Bates’ baby was the largest baby born in the world. Anna Bates was a giantess, famous for her impressive stature and for her marriage to the giant Martin van Buren Bates, who towered at 8 feet tall. The birth of their son promptly broke the Guinness World Record for heaviest birth. Sadly, their son passed away 11 hours later. Since there had not been time to properly name him, he was affectionately nicknamed “Babe”.

When Anna’s water broke, she was reported to have lost approximately six gallons’ worth of fluid!