Depending on your personality, large gatherings of people can be either thrilling or overwhelming. But no matter what, they’re always impressive to see, and the reasons behind them can be fascinating to explore. From festivals to funerals, all kinds of events can wind up with unexpectedly large turnouts!

So, just how massive can the largest gatherings of people get? Today we’ll take a look at 10 of the largest peaceful gatherings ever recorded in human history and rank them according to how many people were in attendance. We’ll also learn some interesting facts about the reasons behind each event. 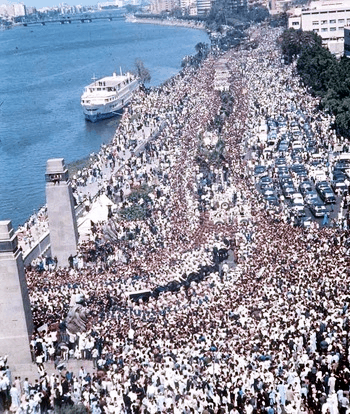 Gamal Abdel Nasser was the second president of Egypt, leading a long political career that stretched from 1954 until 1970 when he passed away. His strong beliefs and methods of leadership were a source of controversy, especially his decision to battle against Israel twice. Nevertheless, his popularity grew as he promoted unity among his people and his funeral saw a jaw-dropping turnout after he succumbed to a heart attack.

Gamal Abdel Nasser was the creator of the brief United Arab Republic which lasted from 1958 to 1961. 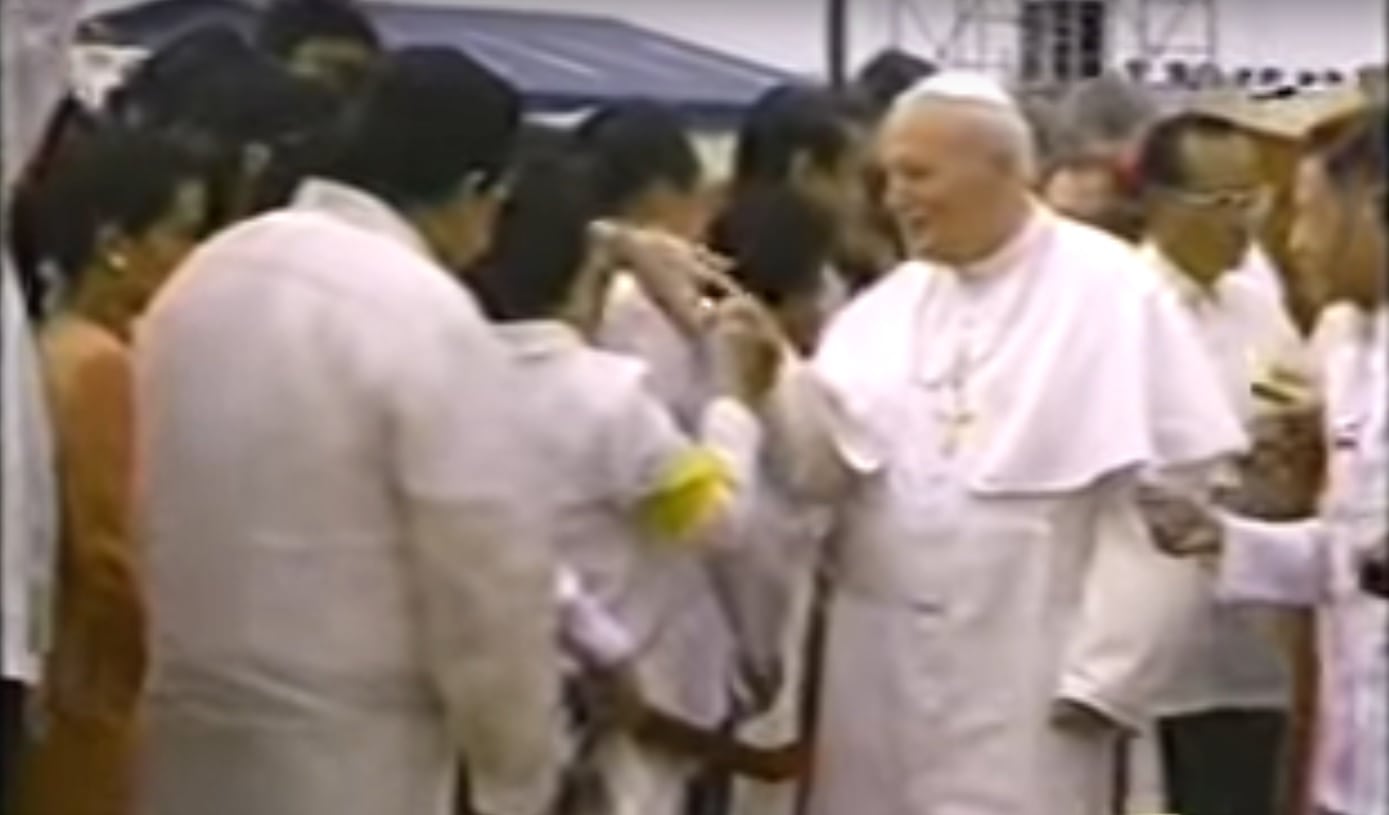 World Youth Day gives millions of young religious people the opportunity to meet the Pope! In addition to being one of the largest gatherings ever, the 1995 World Youth Day event in Manila was also the first time an Asian country hosted the event. Pope John Paul II first began holding the event in 1986 in Rome, and it’s been held every year since then.

World Youth Day is celebrated each year on Palm Sunday. 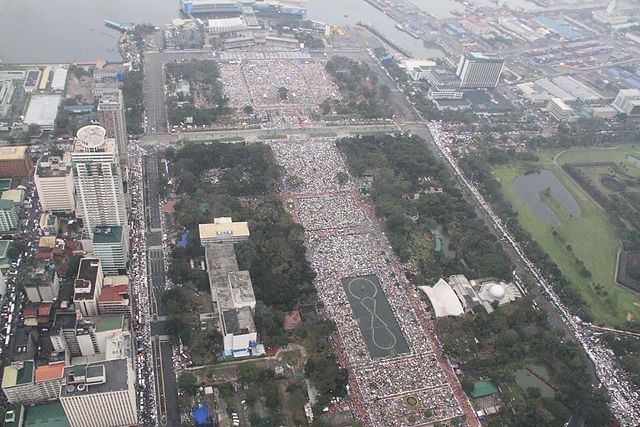 This papal visit to the Philippines saw a massive turnout as six million people flocked to see Pope Francis speak in Manila for Mass. The weather was rainy and undesirable, but that didn’t stop people from all throughout the Philippines from coming with candles to help promote the Pope’s message of peace and unity. They also got to see Pope Francis wearing a bright yellow poncho over his formal white robes!

“Mercy and Compassion,” or “Habag at Malasakit” in Filipino, was the theme of this 2015 visitation. 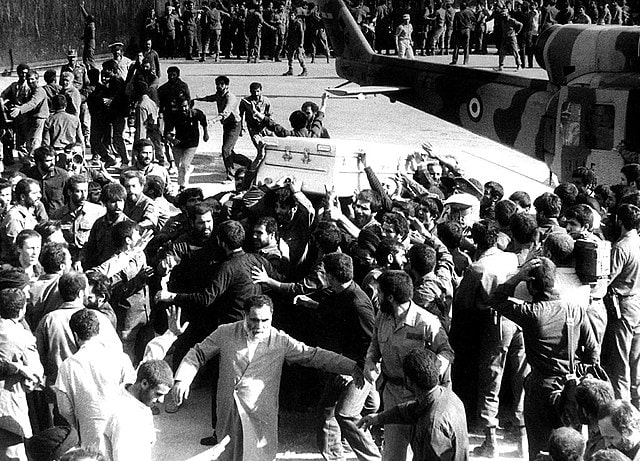 Born Ruhollah Khomeini, this influential Iranian political and religious leader later attained the title of Ayatollah, which is reserved for leading Shia scholars. Khomeini had a past of being politically outspoken and strong-willed, having previously been arrested for opposing the Shah’s pro-Western views. The service was actually comprised of two separate funeral services involving pre-burial viewings and rites.

Shortly before his death, Khomeini became internationally infamous for issuing a “fatwa” and calling for the death of author Salman Rushdie for his novel “The Satanic Verses”. 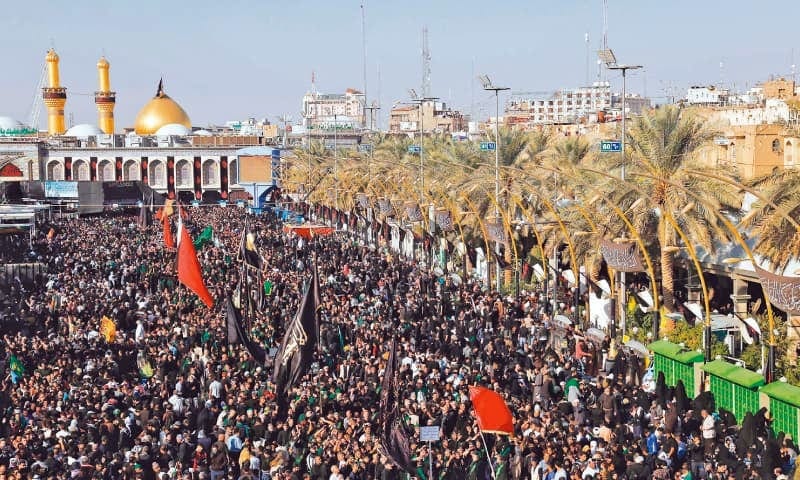 The Arbaeen Pilgrimage is a long walk often taken by Muslims each year in Karbala. This pilgrimage is voluntary, as opposed to the Hajj, the mandatory journey to Mecca which must be taken at least once per lifetime by all Muslims who are able. Alongside the pilgrims themselves, the Arbaeen Pilgrimage also draws people who provide a variety of services to those making the journey.

Even non-Muslim people were invited in 2017 to join the Arbaeen walk in order to make a statement of belief in humanity. 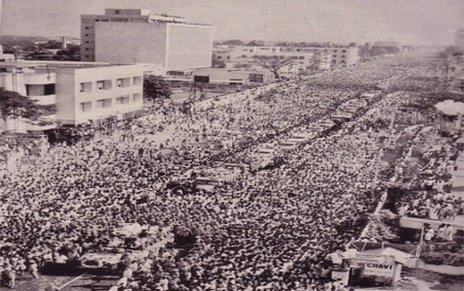 N. Annadurai, a Dravidian leader, was often referred to as “Anna” which means “Elder brother.” He was also the first Dravidian party member to serve as 1st Chief Minister of Tamil Nadu, or as last Chief Minister of Madras. He lived simply and braved a great deal of opposition, and eventually passed away after being diagnosed with oral cancer which was attributed to his habit of chewing tobacco.

N. Annadurai’s funeral was recognized by the Guinness Book of World Records for its astounding turnout. 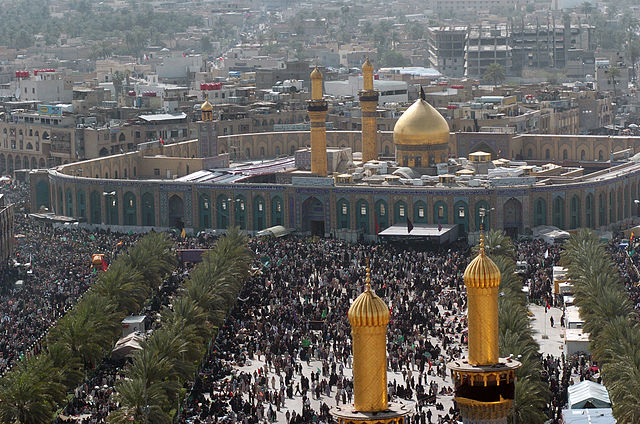 The Arbaeen Pilgrimage is considered to be the largest annual gathering of people in the world, with its closest competitor being held only once every three years. Many pilgrims who make the journey to Karbala come from Baghdad or even farther, traveling for days on foot to visit shrines and other holy places. People who come to assist the pilgrims on their journey provide free food, first aid, and even dental services as needed in the spirit of compassion.

Arbaeen is held in honor of Husayn ibn Ali, who was the Muslim prophet Muhammad’s grandson and martyr who died in Karbala. 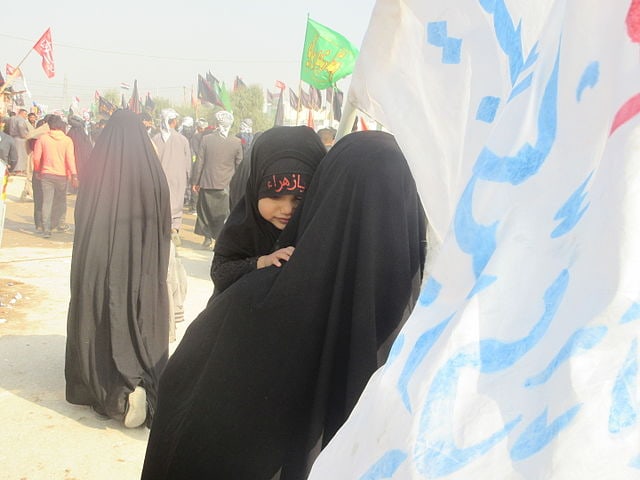 Even the Hajj is dwarfed by the millions upon millions of pilgrims who walk the Karbala Pilgrimage, many of which came from Baghdad. The security at the Iraqui capital was high in 2015 as compared to that of previous years, with most pilgrims needing to pass inspection before they could go on their way. The attendance that year already broke records by the time it reached 22 million, and the numbers continued to climb after that.

The death of Husayn ibn Ali is cited as the event that sparked the rift between Sunni and Shiite Muslims. 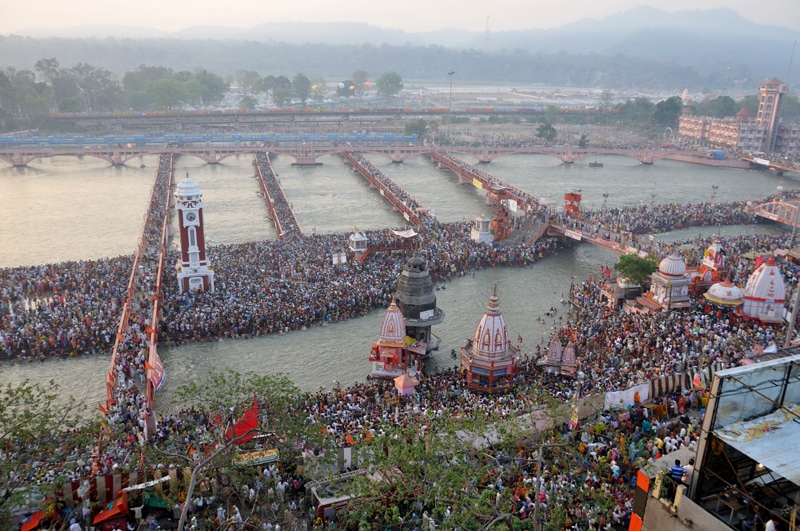 The religious gathering at Kumbh Mela hearkens to the Hindu myth of how the gods and demons fought over the elixir of immortality, spilling four drops of it on earth which then became the sacred rivers where this gathering is now held. Pilgrims who make the journey and attend the gathering believe that they are bathing in the essence of immortality when they enter the sacred rivers. Once the festival begins, it can last anywhere from one to three months.

Even religious hermits come out of seclusion to attend Kumbh Mela! 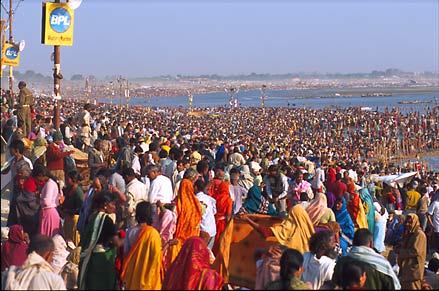 The Kumbh Mela gathering of 2013 was the largest peaceful gathering of people ever recorded. This Hindu ceremony is celebrated four times out of each 12-year period. The site of each gathering rotates between the four rivers that are held sacred by those of the Hindu faith, and draws people from all types of lifestyles to celebrate their faith. Among those who attend are sadhus: Holy men who undergo intense physical trials and remain naked year-round.

The 2013 gathering at Kumbh Mela was so massive that it was considered high-risk by the local healthcare system.