Few discoveries are as shrouded in mystery and intrigue as those of human remains–especially unusually large ones! Myths from cultures all around the globe spin tales of giants on Earth, and these claims seem more believable alongside fossils of giant sloths and dinosaurs.

Unfortunately, false claims made to gain media attention have made it difficult to determine how large humans have actually gotten: but there’s still plenty of accurate information to be found in between all the hoaxes! Today we’ll be taking a look at 8 of the largest human skeletons ever discovered as ordered by height and learning a little bit about what makes each one unique. 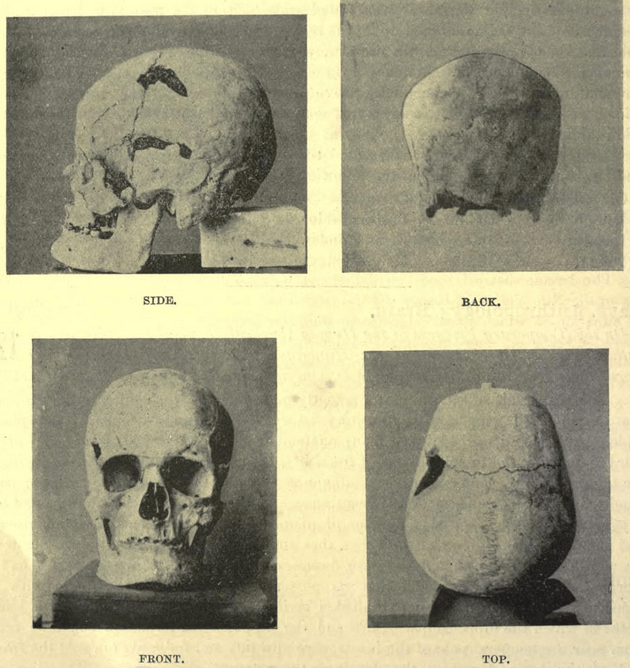 Pharaoh Sanakht ruled during the Third Dynasty of the Old Kingdom, although the exact details of his rule and succession are uncertain and difficult to verify. What is certain, however, is that his skeleton provides evidence of the oldest known case of Gigantism on Earth. Signs of accelerated growth in the skeleton with the exception of the skull indicate that Pharaoh Sanakht suffered from the condition and likely died at an early age.

Sanakht’s skeletal measurements provide valuable information regarding the evolution of human disease–and may account for old tales of “giants” since the average Egyptian was much shorter. 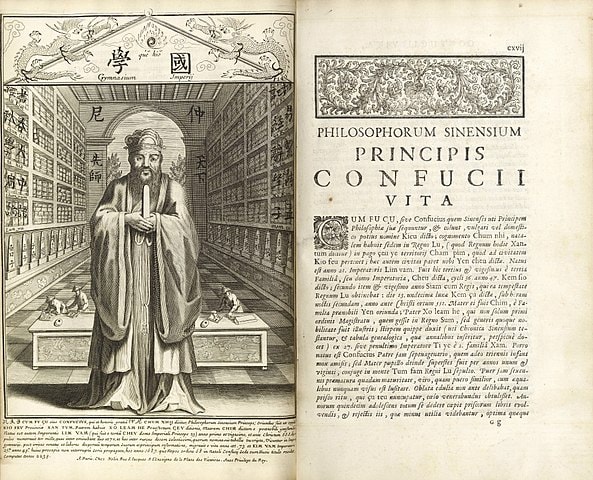 These skeletons were buried approximately 5,000 years ago, and compared to the average height of a full-grown adult in Ancient China, they would have been considered unusually large. While 6 foot 3 is hardly shocking by today’s standards, it’s important to note that the average size of humans during this time period was much lower. A particularly interesting detail is that the largest of the skeletons were buried in the nicest tombs, indicating that they were held in high regard.

The Shandong province of China was home to the great philosopher Confucius. 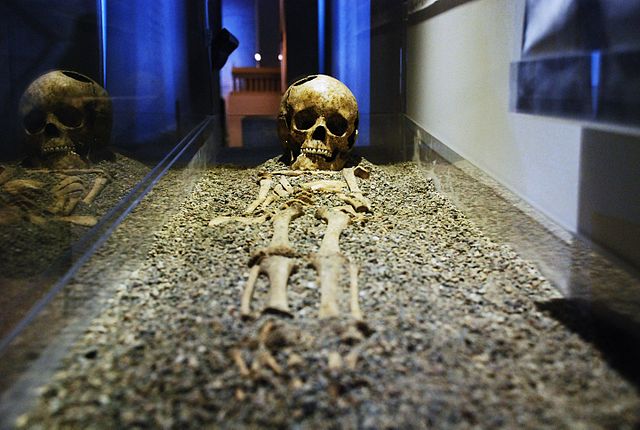 During the days of third-century A.D. Rome when this man lived, he’d have towered over his peers, who averaged around five and a half feet tall. This skeleton also shows signs of Gigantism, which affects only around three out of every million people around the world, and was the first known complete specimen from the ancient world at the time of its discovery.

The cause of this ancient Roman’s early death is unknown, but is likely to have been linked with the complications often associated with Gigantism. Had the young man lived longer, evidence suggests that he’d have grown even taller.

The Great Serpent Mound itself has been dubbed a National Historic Landmark, but some of the most fascinating discoveries were made during a four-year excavation that revealed countless buried artifacts. Beneath a 5 by 15-foot mound lay an unusually large skeleton that measured 7 feet in length. While this measurement is already impressive, the skeleton is missing its shin bones and feet, meaning that the complete set of bones could have measured 8 feet or more.

In total, three skeletons around this size were found beneath the Serpent Mound, each one possessing eerie double rows of teeth. 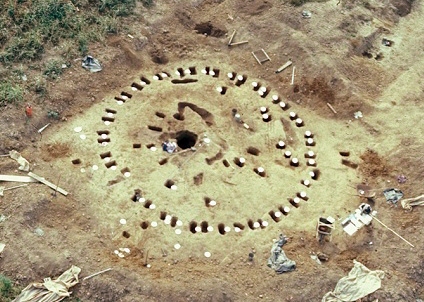 This hulking skeleton was discovered in an underground tomb beneath the lowest strata of the West Virginian Cresap Mound and found to be largely intact, allowing for precise foot-to-crown measurements. The skeleton also bore visible marks indicating where muscles were once attached and sported a distinctly heavy and angular jawbone.

In addition to being unusually large, the skeletons found beneath the Cresap Mound were very sturdy and suggested a great deal of strength. 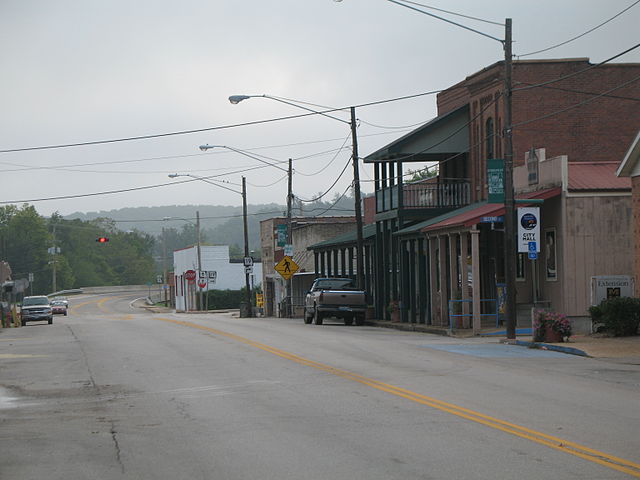 A young boy named Billy Harman was taken by surprise while he was searching for arrowheads: he reached into a hole to feel around for artifacts but found human bones instead. After young Billy reported his find, the skeleton was brought out from the cave where it had rested and laid out in its entirety, stunning people with its size. The Steelville library recorded details of the find, including a photograph of a 6-foot-tall man lying next to the skeleton for comparison.

The Steelville Ledger reported that after being documented in Missouri, this impressive skeleton was sent to The Smithsonian for further study–and never heard of again. 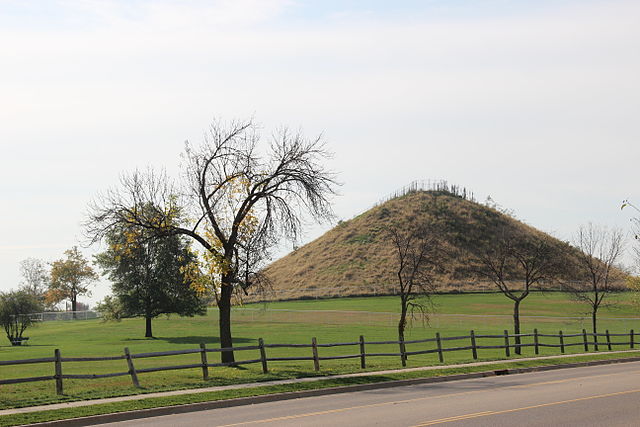 This skeleton was uncovered near the Miamisburg Mound during an excavation intended to resume a dig that had begun in 1869. Various unusually large specimens, including huge jawbones, were discovered beneath the mound alongside burial relics. This giant skeleton was found in a sitting position and had been arranged to face due east. Study of the ground surrounding the bones indicated that fire had been used in the burial ceremony.

The Miamisburg Mound itself is also famous for its size and is said to be one of the largest conical burial mounds in the world. 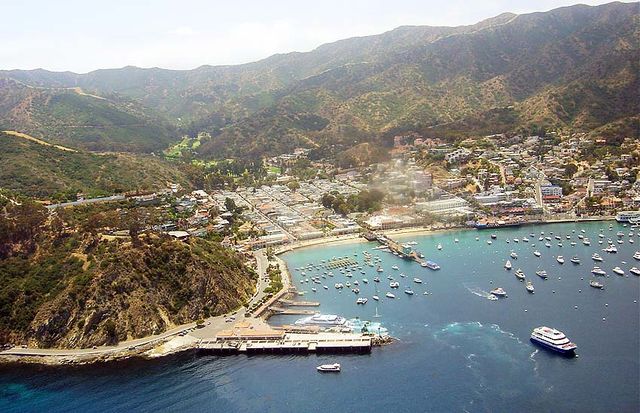 The Catalina Island Skeleton is the largest skeleton in the world. During the years from 1919 to 1928, Ralph Glidden excavated around 800 different gravesites on Catalina Island, several of which bore skeletons over 7 feet in length. The tallest was said to be 9 feet 2 inches, and Glidden claimed that they belonged to an advanced race of fair-haired Native Americans who inhabited the local islands. Many people accused him of exaggerating and disrespecting the dead in order to garner attention, but a German naturalist discovered an 8-foot skeleton in the area as well.

When funding was cut from Glidden’s excavation project, he resorted to putting his findings up for display in a personal museum that got rather mixed feedback.