Muscles are responsible for our ability to do everything from getting out of bed in the morning to walking the dog and carrying the groceries inside. However, few people aside from medical professionals and physical fitness enthusiasts are familiar with which muscles are the largest and strongest ones in the body.

So, just how large can the muscles in the human body get? Today we’ll be looking at the 10 largest muscles in the body and ranking them according to their average muscle mass. We’ll also learn some fun facts about what they’re used for and what makes them unique! 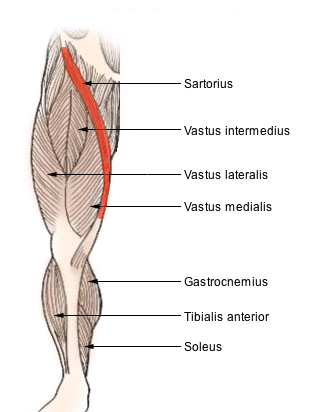 The sartorius muscle might not have as much mass as others on this list, but it’s known for being the longest muscle in the body! It stretches across the anterior region of the thigh and comes into play during motions such as sitting down cross-legged. This is actually one idea for how the sartorius muscle got its name: The word “sartorial” refers to things related to tailoring, and tailors often used to sit cross-legged while working.

Even a single cell in the sartorius muscle can reach up to 12 inches in length! 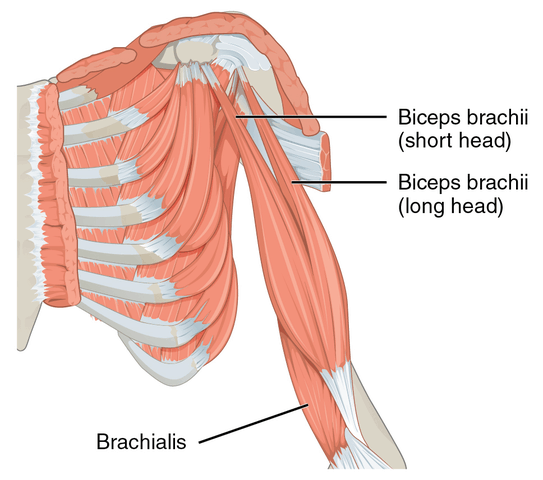 The highly visible muscles on the front of the upper arms are often referred to as “biceps”–but more formally, they’re known as the biceps brachii. These muscles play central roles in a great deal of our day-to-day arm movements such as lifting and carrying. Biceps brachii are also double-headed muscles, which means that they connect to two points of origin at the shoulder area.

One lesser-known function of the biceps brachii is twisting the arm to turn the palm of the hand as far upwards as it can go. 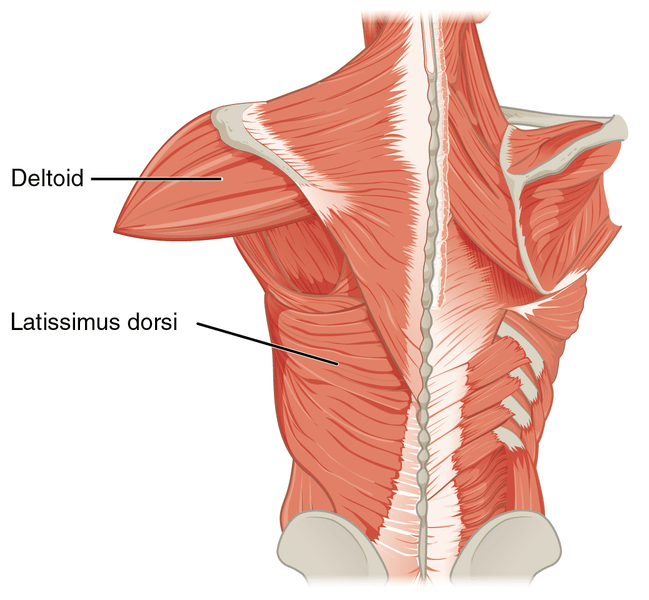 Commonly known simply as “lats,” these muscles wrap from the upper front of the arms around the upper and middle back, providing support to the core and shoulder areas. The latissimus dorsi is also the widest muscle in the body since they have to cover so much surface area in order to provide the necessary core support.

The latissimus dorsi connects right at the spine, which enables it to control the scapula as well as the arm. 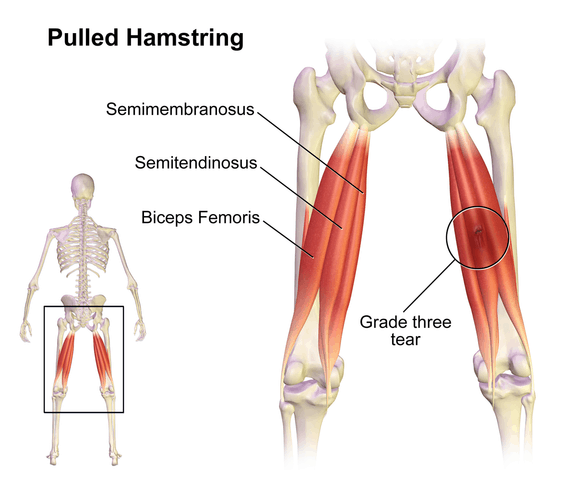 Most people don’t think about it, but there are a pair of biceps in the legs, too! The term “biceps” simply refers to any two-headed muscle, meaning that the biceps femoris connects at two points of origin just like the biceps brachii does. The biceps femoris is one of three muscles that make up the group commonly referred to as your “hamstrings”.

The hamstrings aren’t heavily used during laid-back activities such as walking, but come into play for actions like running and jumping that require more power. 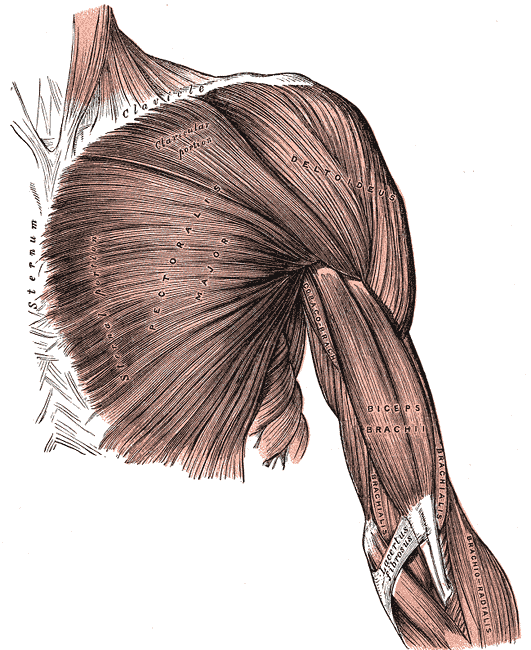 When bodybuilders talk about their “pecs,” they’re referring to the pectoralis major. While most people think of them as being the muscles that move the arms back and forth and allow for greater rotation control, they actually play a key role in deep breathing as well by pulling the ribcage outwards. The pectoralis major is assisted by the smaller pectoralis minor, which is located beneath it and also attaches to the sternum.

The pectoralis major is also known as the “breaststroke muscle” in reference to the actions it helps to perform. 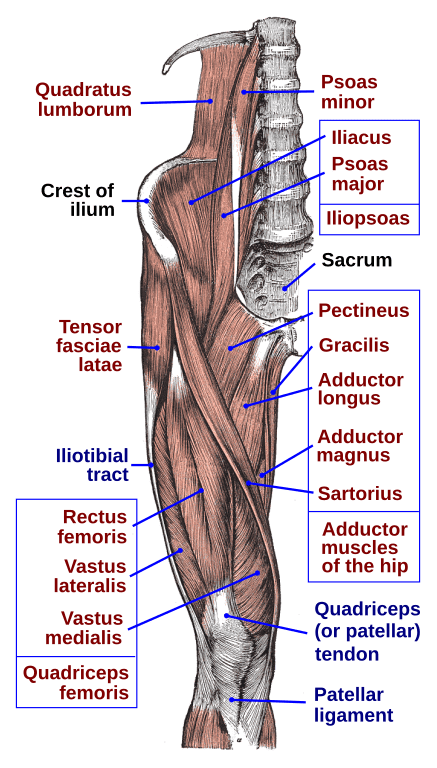 The iliopsoas is unique in that it refers to two muscles simultaneously: the psoas and iliacus muscles. These two muscles are quite separate in the hip and abdominal areas, but normally merge together into a single base down in the thigh. The psoas muscles are key in nearly all everyday movements, since they serve as the main connection between your thighs and abdomen.

The iliopsoas muscles are supplied by the lumbar spinal nerves and play an important role in spinal posture. 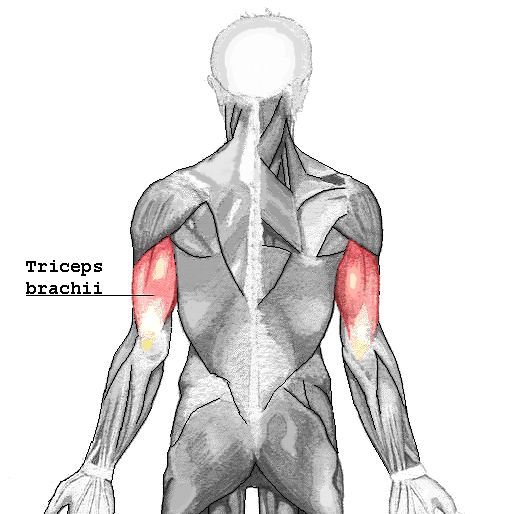 The triceps brachii is so named because it has three points of origin instead of two, allowing it to perform its job of extending each forearm from the elbow. The three heads of the triceps brachii are the Long head, Medial head, and Lateral head. These three portions are sometimes regarded separately as individual muscles.

The triceps brachii is a two-joint muscle, attaching both at the elbow and shoulder. It’s important to use the full range of motion during strength training exercises for best results. 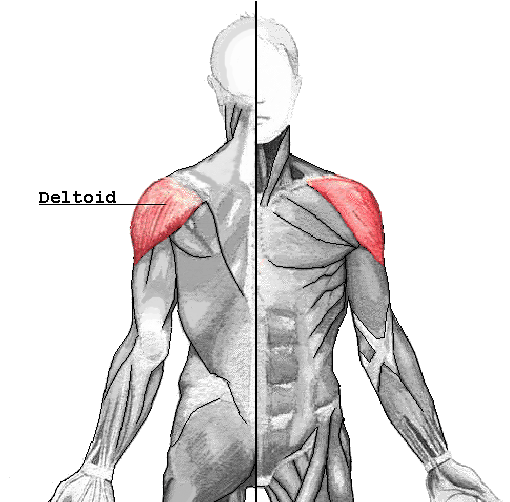 The deltoid muscles are named for their resemblance of the Greek letter “Delta,” which is also triangular in shape. These muscles wrap around your shoulders to strengthen the forwards and backwards motion of the arms. The anterior, lateral, and posterior sections of the deltoids are also able to flex independently from one another depending on the direction that the arm is moving.

The deltoids are supplied by the deltoid branch of the thoracoacromial artery as well as the posterior circumflex humeral artery. 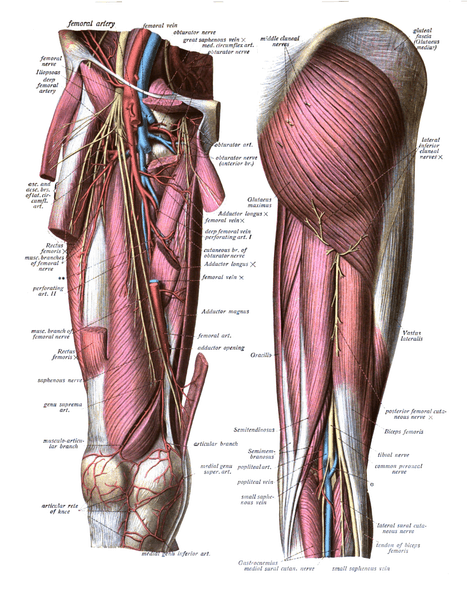 The gluteus maximus has long been recognized as one of the strongest muscles in the body, playing the most central role in our ability to walk upright and stand erect for long periods of time. While the gluteus maximus serves to keep us from falling forwards, it is assisted by the gluteus minimus and gluteus medius which prevents us from toppling sideways.

Primates such as apes sport much flatter hips which prevent them from standing upright for long.

The Quadriceps femoris is the largest muscle in the body by muscle mass. It was previously regarded as the four separate muscles that make it up, rather than as a single muscular unit. However, similarly to the iliopsoas, it is now referred to as a single muscle mass with four heads because all parts come together at the same tendon above the knee. The quadriceps femoris makes up the top of each thigh.