Leaving the Earth’s atmosphere and making it into space is an incredible achievement in and of itself, regardless of how long the trip lasts! An astounding amount of time, resources, and effort go into planning a space mission, and the brave astronauts who ride up in the shuttles try to make every trip worth it.

So, just how long have people been able to spend in space? Today we’ll be taking a look at the 10 longest time periods spent in space and ranking them according to how many days they were. We’ll also learn some fun facts about the astronauts who went on each mission! 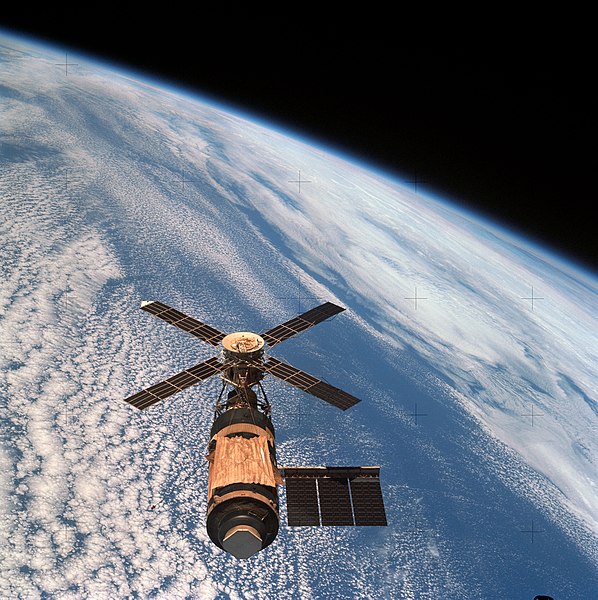 This NASA mission was also called SL-4 and SLM-3, and was the third and final Skylab mission with a human crew. The shuttle launched from Kennedy Space Center’s Launch Complex 39B to carry on the work begun by the two previous Skylab crews. The crew continued biomedical research concerning the effects of long-term space travel on the human body, and began studying Comet Kohoutek as well.

Skylab 4 was NASA’s largest all-rookie crew to be launched into space.

The Soviet orbital space station Salyut 6 was the most successful station before the Mir station. Salyut 6 EO-1 was the first mission to successfully dock with Salyut 6, and is generally said to have secured Russia’s ongoing presence in space. This mission was the longest space flight to have been taken at the time, and set a milestone as the first docking of three different spacecraft together as well!

To top it all off, Soyuz 26 was also the first mission craft to have visiting crew members from a separately-launched spacecraft. 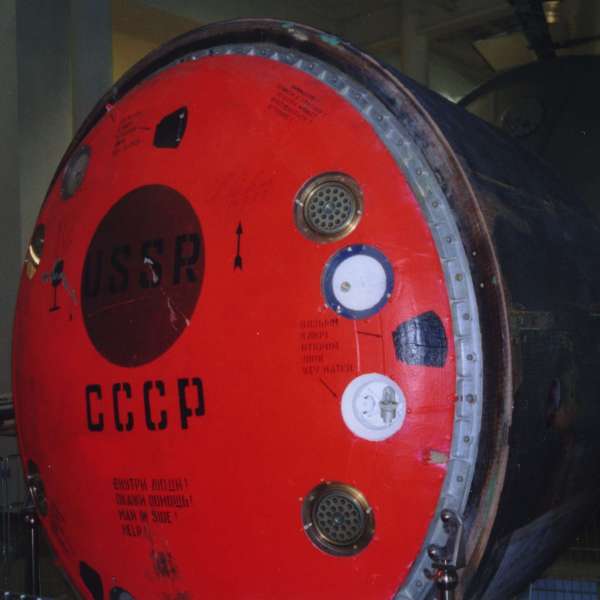 The crew of Soyuz 29 successfully docked on Salyut 6 in June of 1978, becoming the second-ever resident crew following a three-month period of vacancy on the station. When Kovalyonok and Ivanchenkov landed at the station, they promptly fired up the water recycling, air, and thermal regulation systems. They also had to de-mothball the station over the course of a week while they got acclimated!

The crew conducted medical and life science experiments during this mission. 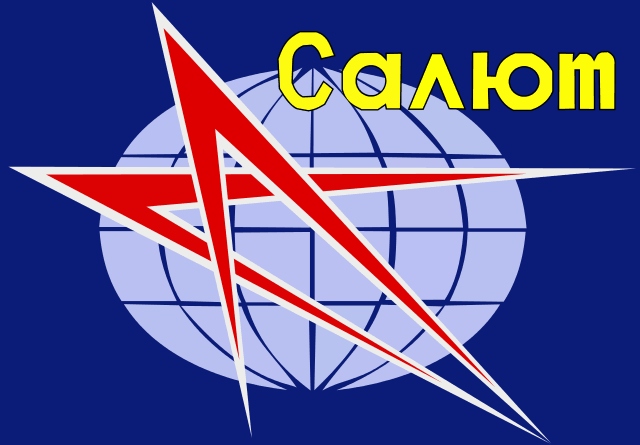 Lyakhov and Ryumin had no time to settle in before their work began on Salyut 6, since the propulsion system had sprung a propellant leak that demanded immediate attention! The crew had to unload Progress 5, a crew-free supply vessel, in order to get all the parts they needed for repairs, alongside a replacement furnace and some extra food. All in all, it took them four days to unload everything and quite a bit longer to perform all the necessary repairs and upgrades!

On March 24, the crew on Salyut 6 installed a TV to complete a two-way link that they used to send back the first-ever television pictures from space. 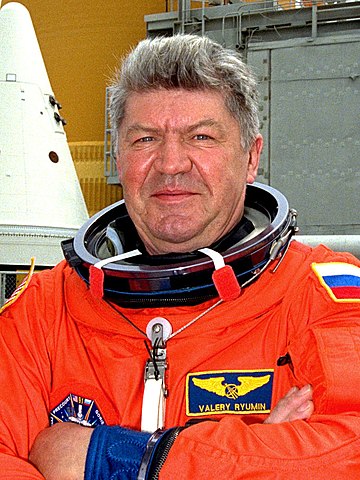 The crew on the Salyut 6 EO‑4 mission conducted technical research and scientific experiments in space in between welcoming four different international visiting crews. The international cosmonaut visitors were from Hungary, Cuba, and Vietnam, and each crew visited one by one over the course of several months. Ryumin stated that the viewports in the transfer compartment on Salyut 6 had lost some transparency and gotten chipped since his last mission.

Valentin Lebedev was originally set to be the crew’s flight engineer, but he injured his knee on a trampoline and had to stay behind for surgery. 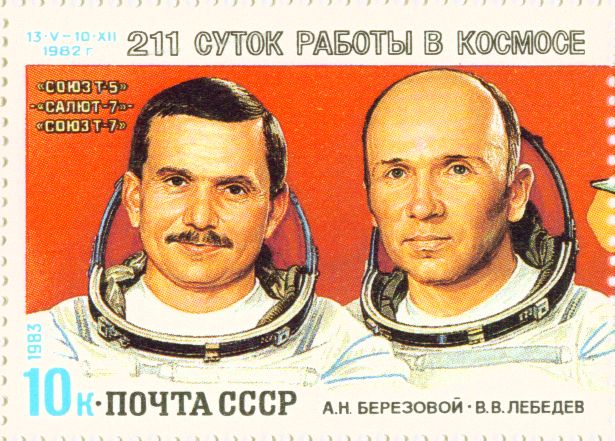 The low Earth-orbit space station Salyut 7 was first crewed during this space mission in 1982. Once the crew set up shop in Salyut 7, they were visited by the Progress 13 resupply vessel, which had no human crew, as well as by the manned Soyuz T-6 and Soyuz T-7. The Salyut 7 EO-1 mission was commander Anatoli Berezovoy’s first and only journey into space.

The crew of Salyut 7 EO‑1 launched a radio satellite which Russia claimed was the first satellite to be launched from a manned spacecraft. 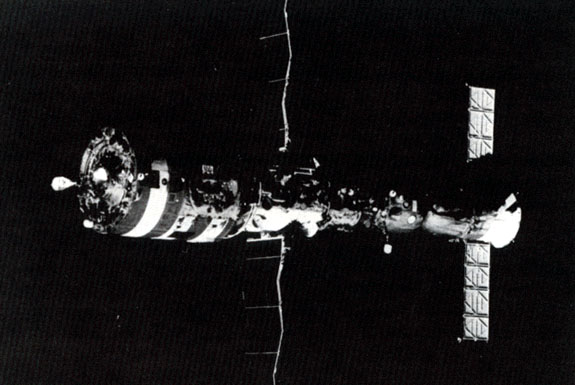 When the failed mission Soyuz T-10-1 resulted in its crew making an emergency escape, Salyut 7 was left unoccupied until Salyut 7 EO‑3. As a result, the station was dark and inactive when the crew of Soyus T-10 arrived and it took three different extravehicular activities to perform necessary repairs on a fuel line during the expedition. This mission was the fifth expedition to Salyut 7, and was visited by the 6th and 7th. 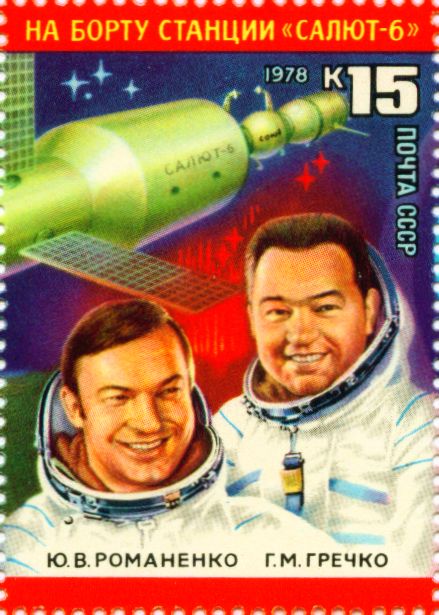 Also known as Mir Principal Expedition 2, this expedition was the second longest mission spent on the new low Earth-orbit space station Mir. Some unexpected complications arose when cosmonaut Aleksandr Laveykin was diagnosed with a minor heart issue and had to go home part of the way through the mission. His position on Mir was then filled by Aleksandr Aleksandrov.

The Soviet Union actually launched Mir prematurely, and it remained vacant for its first several months in space. 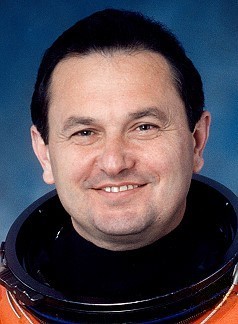 Vladimir Titov was paired with Gennadi Strekalov on the cosmonaut team in 1976, and the two of them served as the back-up crew for Soyuz T-5 and Soyuz T-9. Titov was also the commander of the failed mission Soyuz T-10-1, and finally entered space for the first time as the commander of Soyuz T-8. When he served in the Soyuz TM-4 mission, he and his crewmate Manarov broke the record by spending an entire year in space!

Musa Manarov spent a staggering total of 541 days in space. 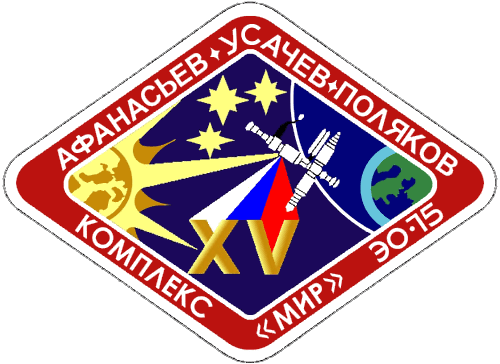 Valery Poliyakov’s 437.75-day period in space is the longest to date. When this mission’s length is combined with his other expeditions, Polyakov is documented to have spent more than 22 months in space! He also completed 25 space flight medicine experiments with a focus on the lungs, immune system, muscular system, and diet. Test subject cosmonauts Viktor Afanasiyev and Yuri Usachyov also underwent experimentation focused on sleep and coordination.

The launch of resupply vessel Progress M-22 was delayed due to bad weather at the Baikonur Cosmodrome.