For most people, calling an Uber is a great way to get across the city to meet a sudden deadline or get an affordable ride home after a night on the town. However, some people have much further destinations in mind! Whether people are deliberately trying to break a record or simply have a long, long way to go, the length of some Uber rides can be truly surprising.

So, just how long can the lengthiest Uber rides get? Today we’ll be taking a look at four of the longest Uber rides every recorded and ranking them according to the distance driven. We’ll also learn some fun facts about what led these passengers to take such long Uber rides in the first place and how the trips went! 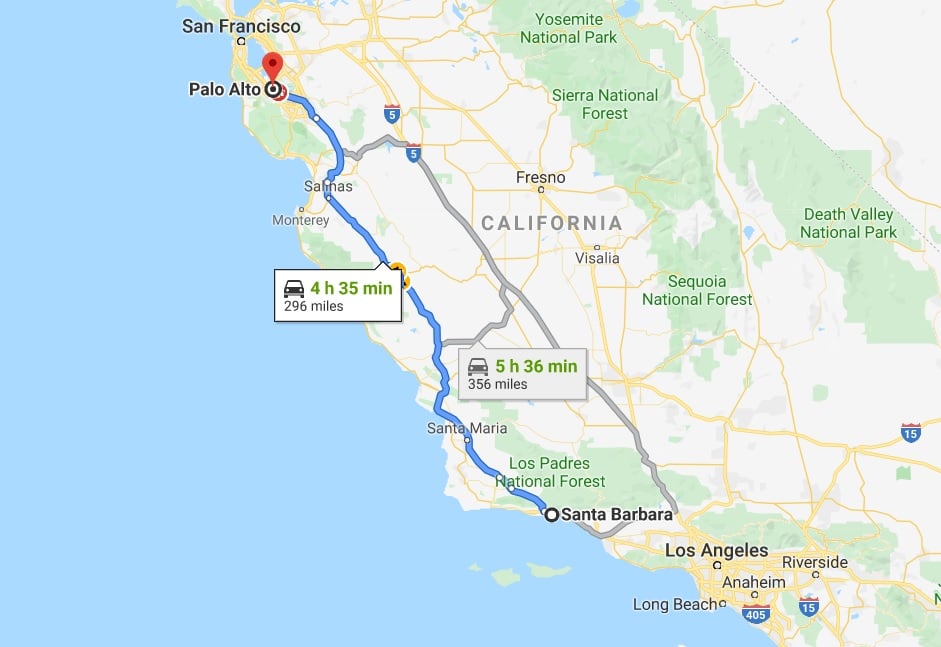 When Joe Strandell picked up a passenger in Santa Barbara, he was shocked to hear that she wanted to go to Palo Alto, thinking there must be some mistake. However, when she said she’d call a different Uber if he couldn’t do it, he realized she was serious and accepted the trip.

Strandell called in to let someone know that he’d be gone for quite some time, and tried to be as polite as possible. He says that, since he knew the ride would be four or five hours, he did his best to not disturb his passenger too much. She wound up dozing off for most of the ride anyway!

After the long drive, Strandell was too tired to drive back home so he stayed the night in Mountain View to recharge. He also made more money from the trip than he expected to, and decided to go and see Hearst Castle before heading back.

The vehicle that Joe Strandell drove on this trip was a Nissan Sentra. 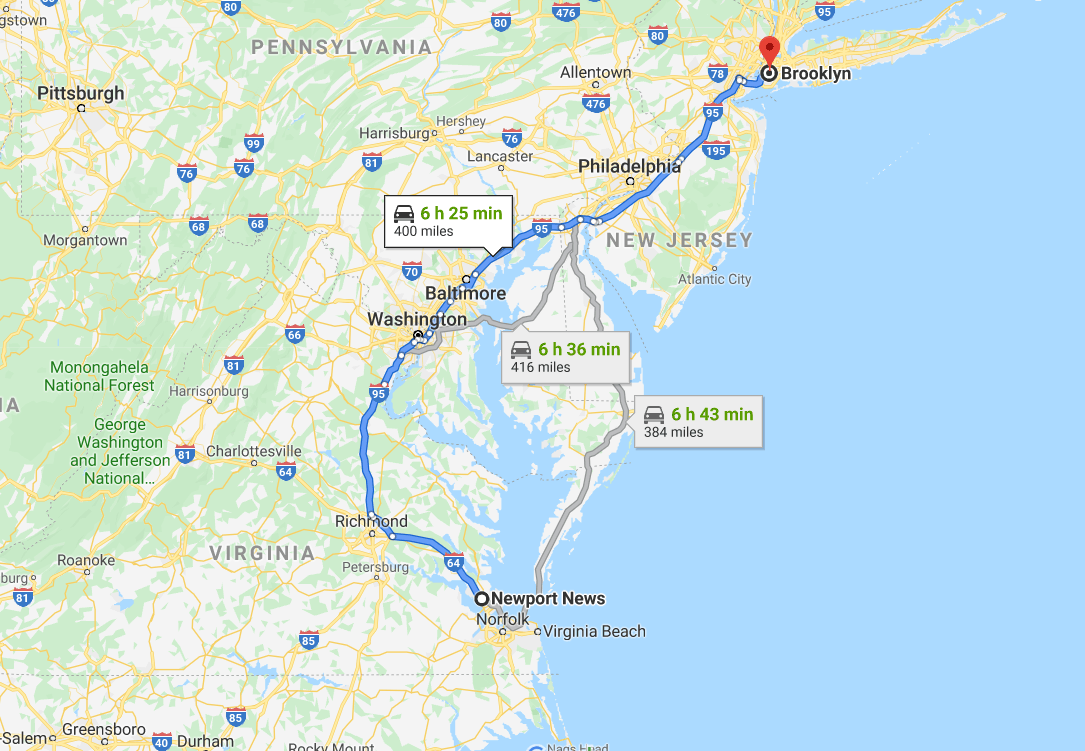 Janis Rogers picked up a young twenty-something who wanted to take a long trip to see her boyfriend in Brooklyn. Janis didn’t get the woman’s name, but said that she’d simply asked to go as far north as an Uber would take her. Luckily for her, Janis decided to go the full distance!

Janis commented that her passenger seemed tired and didn’t look too excited to see her boyfriend. In fact, once they met in front of a Ben & Jerry’s and she loaded up her suitcase, she curled up in the back seat and slept for the entire nearly eight-hour drive.

Remarkably, Janis drove this entire trip without stopping for a single bathroom break and said that she had no problem remaining alert while driving for long distances. She even turned right back around and drove home immediately after dropping her passenger off at her destination in Brooklyn!

When time, food, and other expenses were taken into account, Janis calculated that she’d only made around nine dollars per hour. But she said that she did it for the adventure, not the money! 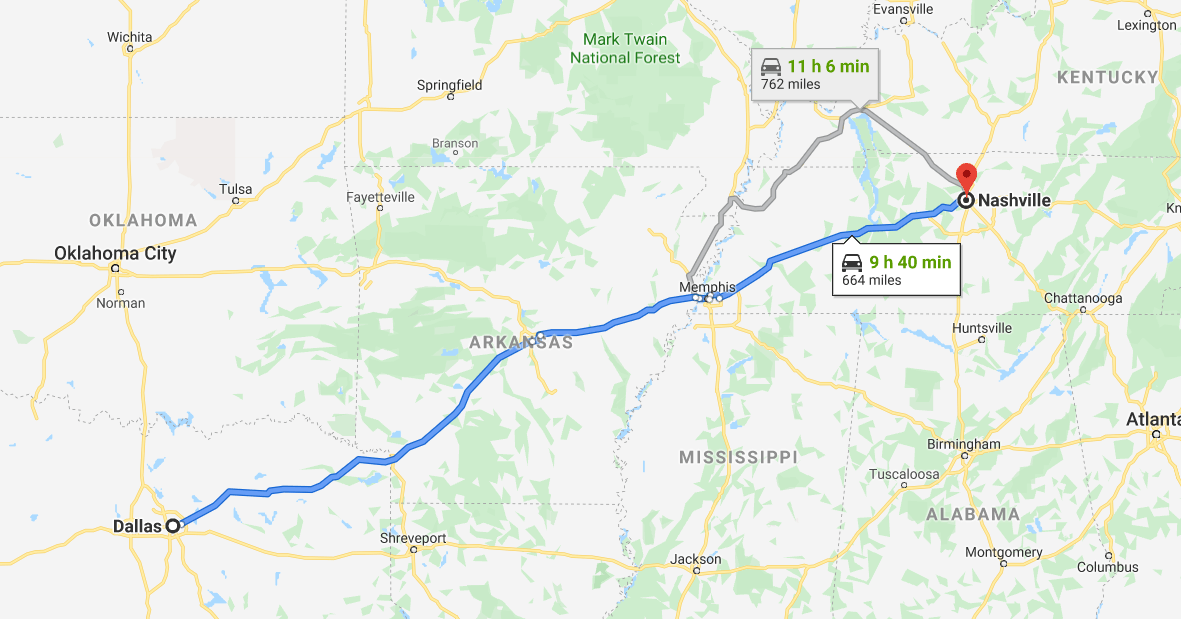 Three businesspeople from Hong Kong, China flew in to Texas, only to find that their flight to Tennessee had been hopelessly delayed and eventually cancelled–so they decided to take an Uber instead. Brent Pfieffer took the job, ready to meet the added challenge of a tight deadline. The passengers had arrived in Texas on Sunday morning, and they were desperate to make a business meeting in Nashville at noon that Monday!

Pfieffer said that, other than his passengers being somewhat upset at missing their flight and losing their bags, they were in agreeable moods. They also spoke enough English to share in conversation for a good portion of the ride.

The entire Uber ride from Houston to Nashville took more than 11 hours, including the handful of stops they made along the way. Pfieffer says that, all in all, it was a fun trip to make!

Brent Pfieffer estimated that he’d make around $800 for the trip after Uber took its slice of the fare, and he also made a little bit off the fuel costs after working things out with his passengers.

Anthony and MrBeast took the longest Uber ride ever recorded. YouTube celebrity MrBeast has been known to pull some pretty memorable stunts, such as giving random pizza delivery workers a staggering $10,000 in tips just to make their day. In 2017, he also set out to break the world record for the longest Uber ride ever taken, and an Uber driver named Anthony was happy to help him realize his goal.

Anthony was described as having remained “cool and calm” throughout the whole trip while he drove the YouTube star all the way from North Carolina all the way to Los Angeles, California. The whole trip wound up costing a whopping $5,500, but the entire ordeal was sponsored by the Quidd app. Rumor has it that MrBeast gave Anthony another hefty tip to make the drive worth his time!

Uber driver Anthony mentioned that he was a commercial truck driver, which is why the long drive was so doable for him.