Determining which is the largest church in America has become a tricky proposition. Churches with a great number of members are called “megachurches” or “gigachurches.” Often, these churches have several satellite campuses throughout their city or state. Some even cross state lines. They will either broadcast one sermon from a central location or have multiple services happening at the same time at different locations.

Even if we only judge size based on area, it is still difficult to judge appropriately. Churches have scant and sometimes conflicting information regarding the layout of one building.

Yet, as the saying goes, a church isn’t the building, it’s the people. So then, we’ll discuss the churches in the United States with the most members, as well as a mention of some of the most impressive buildings of worship. 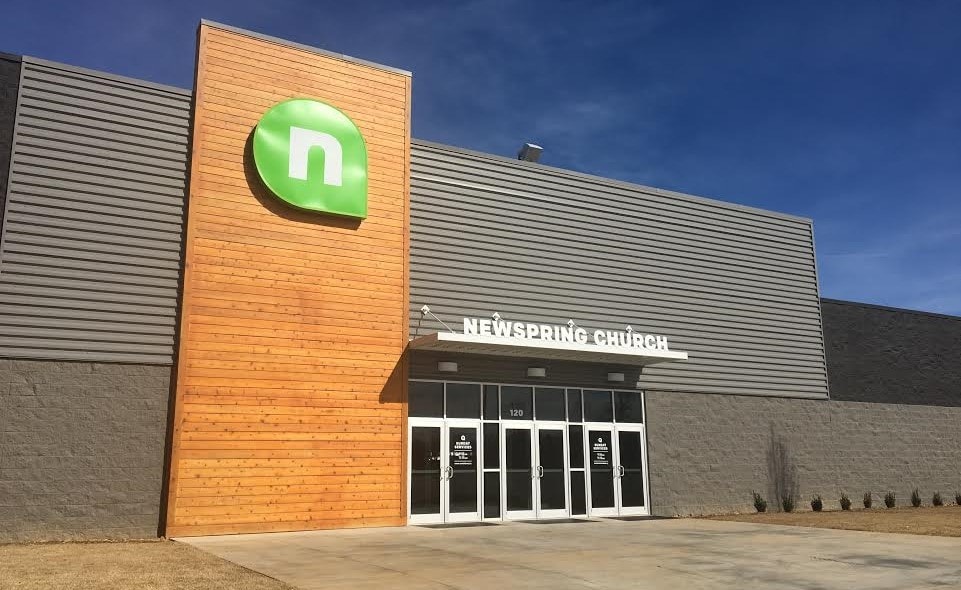 The New Spring Church has 20 satellites and offers an online service, both of which partially account for its ranking as the second-fastest growing church in the country according to Outreach Magazine. However, a church scandal caused attendance to drop.

In 2016, the church’s board removed its founder, Perry Noble, from office. The pastor was forced out over issues regarding alcohol abuse and his “posture towards marriage.” The church claims it has rebounded since the controversy, and leverages social media and the Internet with the use of several apps. 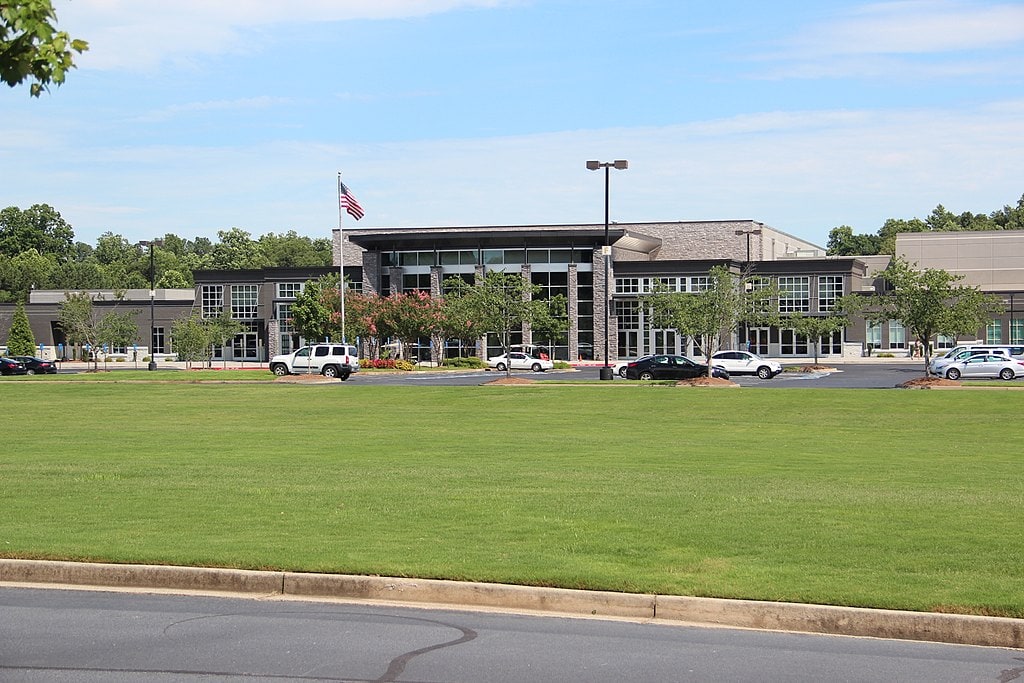 The church, founded by Andy Stanley (with five others), began in Alpharetta, a suburb of Atlanta, meeting in a rented space. Within a year, the church had a permanent home on an 83-acre site, averaging 3,000 weekly attendees. The staff added a second auditorium bringing the capacity to 5,000.

Andy Stanley is the son of a well-known (in religious circles) television evangelist, Charles Stanley, who hosts the InTouch Ministries and various television shows on religious broadcasting networks. 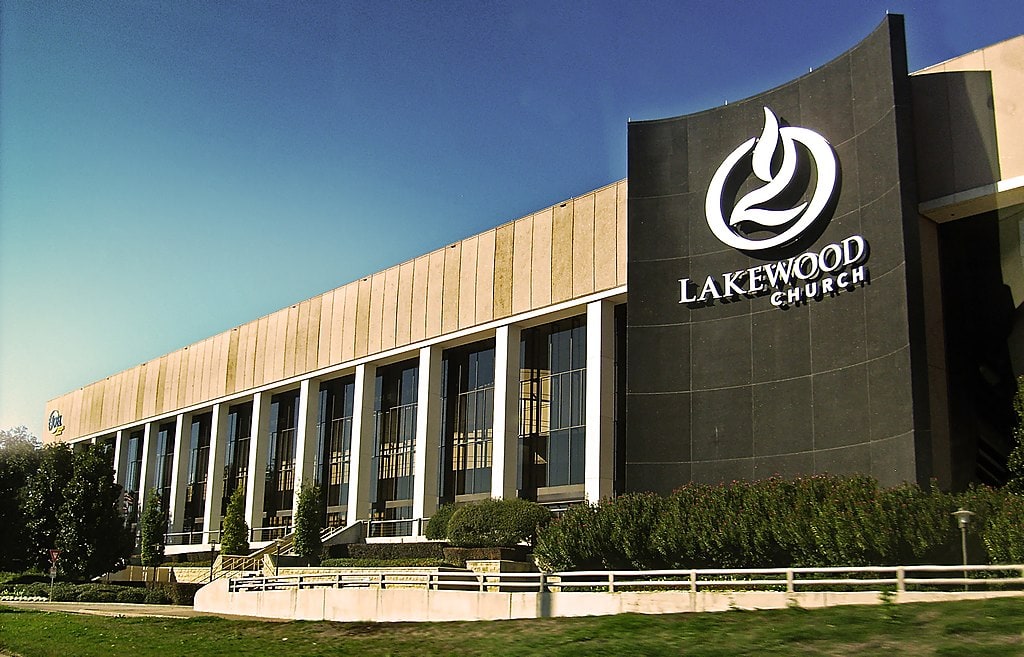 Lakewood Church is the home church of the television evangelist and author Joel Osteen. The church auditorium can hold 16,800 attendees, and the sermons reach more through television viewership. The church was founded by Osteen’s father John Osteen in 1959. The first church was a former feed store.

In 2005, the city of Houston leased a former sports arena, the Compaq Center, to Joel Osteen, which he converted into a church at a cost of $100 million.

Lakewood and Osteen also appear on televised broadcasts and replays of his sermons on various religious networks and local television affiliates.

After the 2017 hurricane that hit Houston, an associate pastor at Lakewood initially refused to house refugees from the storm. Later, Osteen opened doors for storm victims. 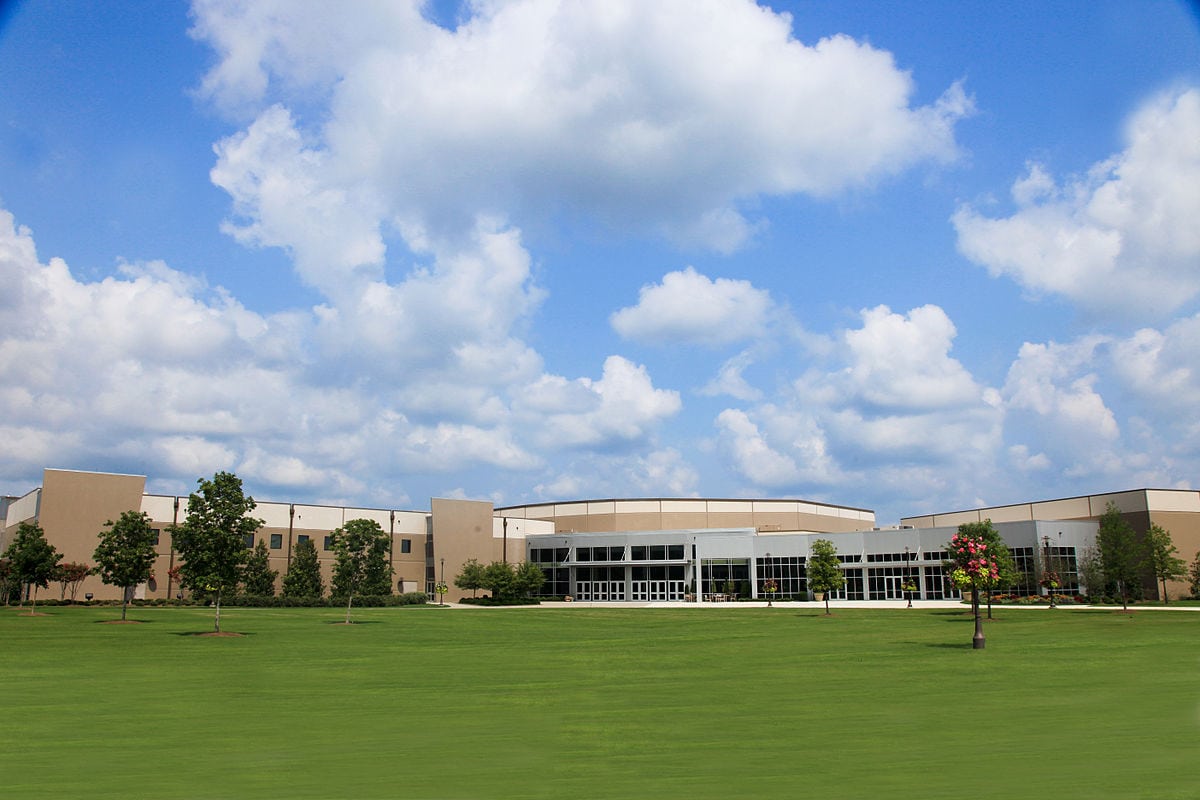 Source: By Church of the Highlands – [CC BY-SA 4.0] via Wikimedia Commons

This church boats the largest congregation in Alabama, with 17 satellite locations and an online broadcast. Four of the satellite campuses are in Birmingham, with others as far away as Huntsville and Auburn. The church intends to open a new location in Birmingham with the purpose being to fight crime in the inner city. Pastor Chris Hodges founded the church along with a group of 34 others.

One of the church’s pastors is former NFL draft pick Mayo Sowell. Sowell attended college in Alabama (Auburn University) and was drafted into the professional football league. He was released from his team, and later, was arrested for selling illegal drugs.

Life.Church is the largest in America based on reported attendance and membership statistics. Craig Groeschel, a former college tennis player, founded the church along with a few associates, meeting in a garage. The one-time pastor at another church led a congregation of 40 people that grew rapidly. His Life Covenant Church merged with Metro Church and soon they were able to build additional campuses.

The church’s unique name reflects Groeschel’s attempt to bring in people who would not normally attend a service using market research to find out what would work. The church uses online services and mobile apps.

The church broadcasts sermons every week within the online multiplayer game “Second Life.”

Tallest Churches in the United States 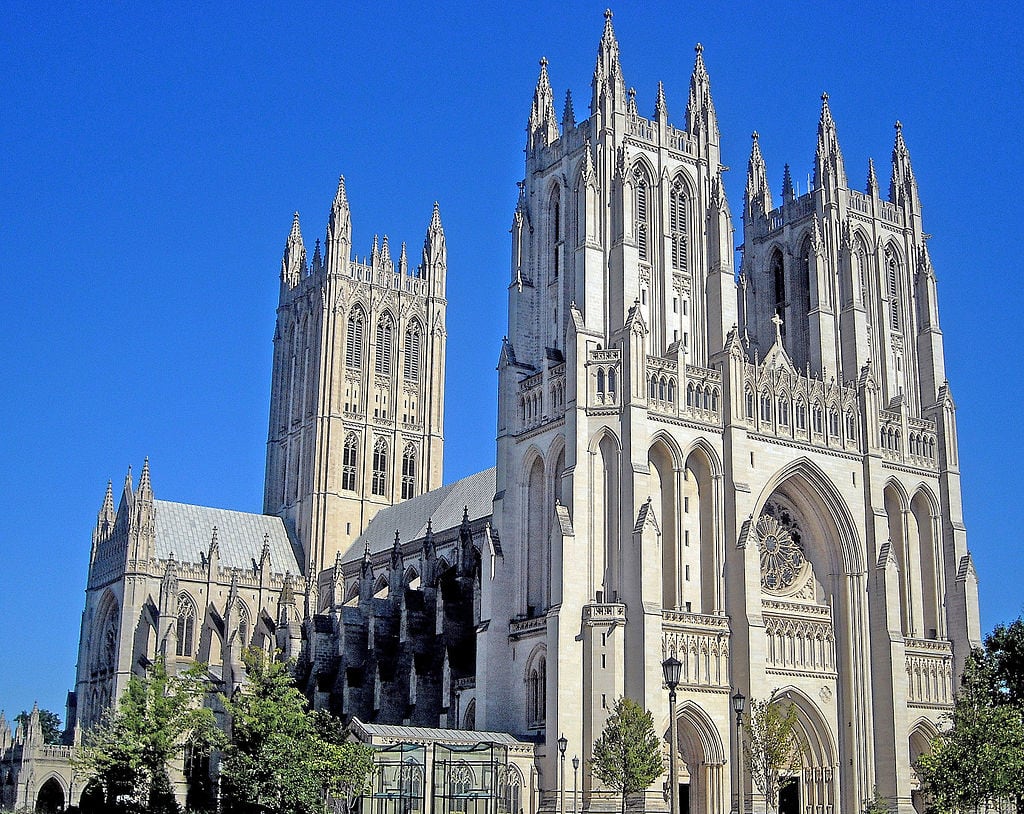 The Washington National Cathedral is the place where we see the major religious-themed events involving American politicians take place. The Episcopalian church was first conceived in 1792 as a place of national worship. It wasn’t until 1907 that construction began after the US Congress authorized the establishment of a national cathedral. President Theodore Roosevelt spoke at the ceremonial ribbon-cutting event.

Construction on the cathedral was not officially complete until 1990 when President George H.W. Bush observed the laying of the final finial stone. Other cosmetic work on the church continues. 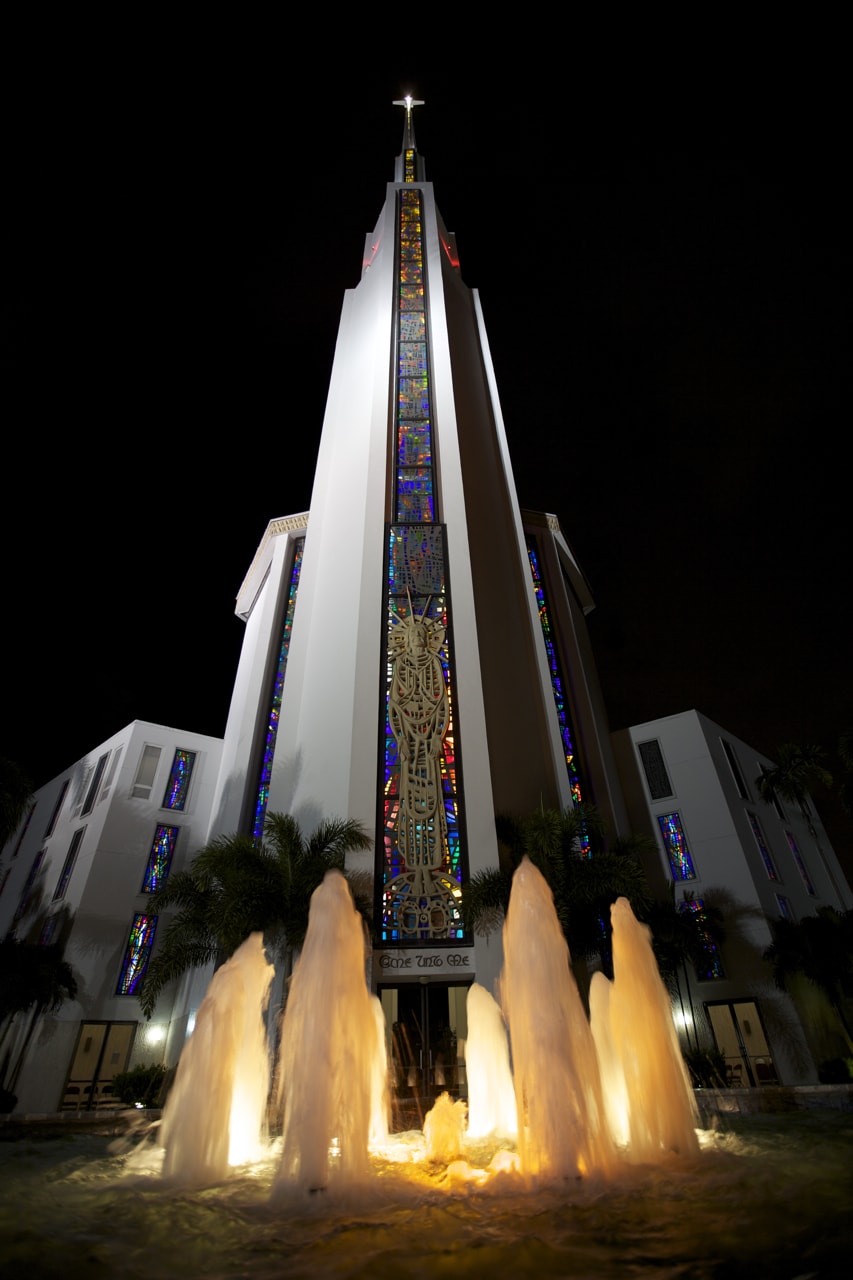 Of the tallest churches in this list, the Coral Ridge church stands out employing architecture that is more modern and is home to an Evangelical denomination. It’s also much newer, having been completed in the 1970s. The church cathedral, a tower with a stained glass face, was built as the audience grew for its pastor Dennis Kennedy.

Rev. Kennedy broadcast sermons on religious television channels and the radio with an audience of 3 million at its height. He may be more well known for his involvement in conservative political causes. He was a founding member of the political action group Moral Majority, which held significant power in elections in the 1980s.

The famous televangelist Billy Graham dedicated the church’s opening in 1974. 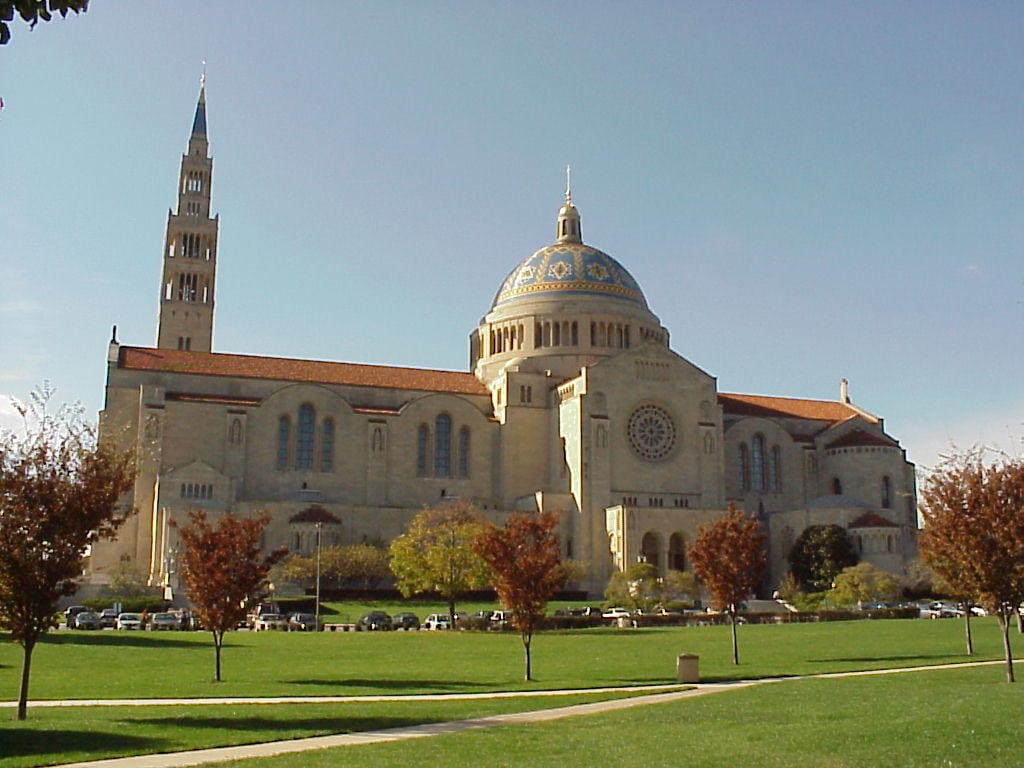 Construction of the church has stretched over 90 years. Planning began in 1913 when the Catholic University donated land to the project. Wars and funding issues delayed completion. Several additions over the years have given the church 70 chapels surrounding the main chapel and a new dome with a mosaic ceiling.

The church held the funeral for the late Supreme Court Justice Antonin Scalia. 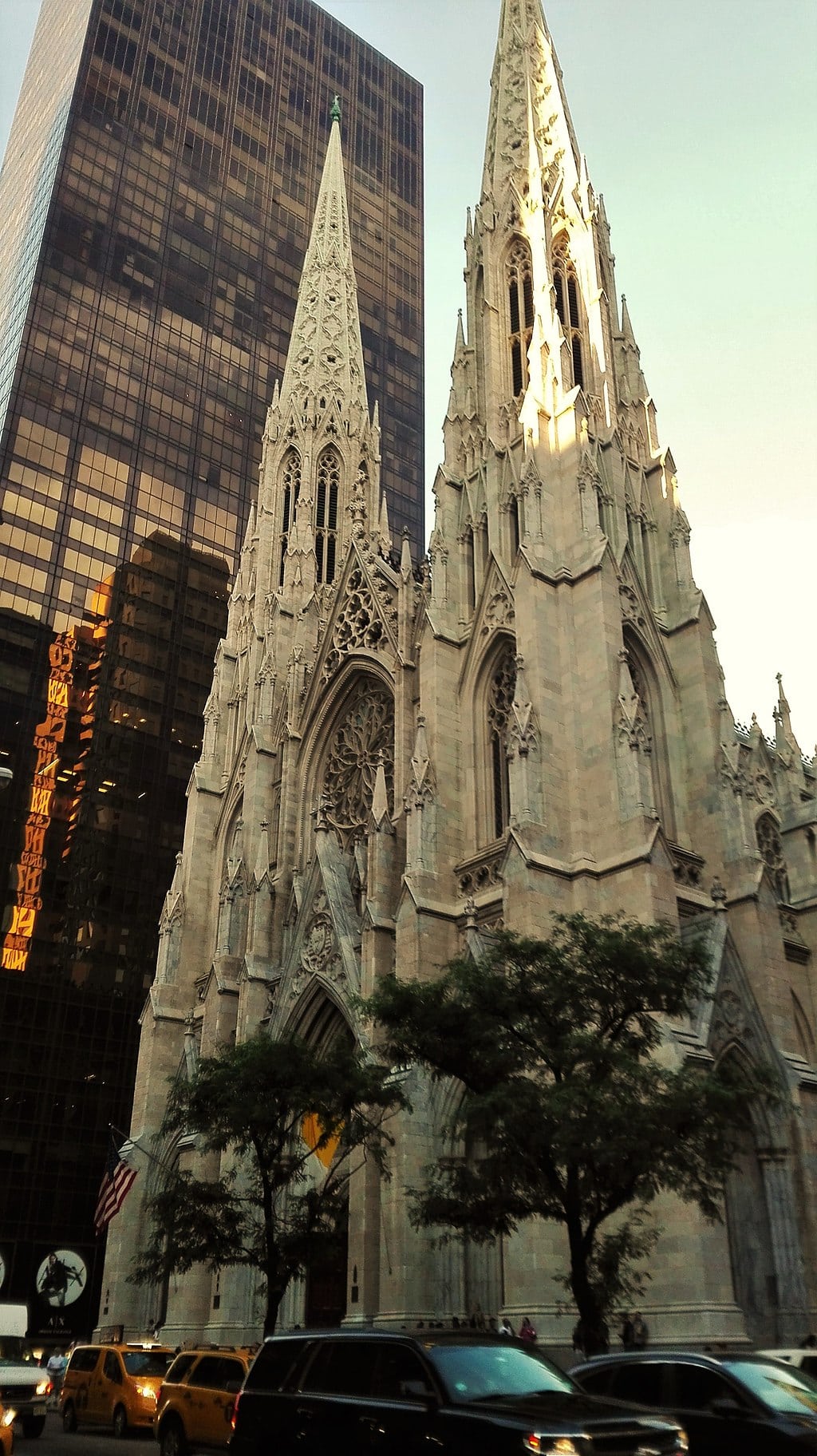 St. Patrick’s Cathedral is considered one of the most famous and visible landmarks in Manhattan. It is located at the heavily trafficked 51st Avenue across from Rockefeller Center and the Atlas statue. For some, it symbolizes the Catholic community in the city where 62% profess to be a member of the religion.

The Church intended for the cathedral to replace the old version which was located in lower Manhattan. After construction was completed, the church opened a year later. It holds 3,000 people, and the area encompasses one city block.

In 1914, a bomb exploded in the church. Communist sympathizers were the suspected perpetrators. 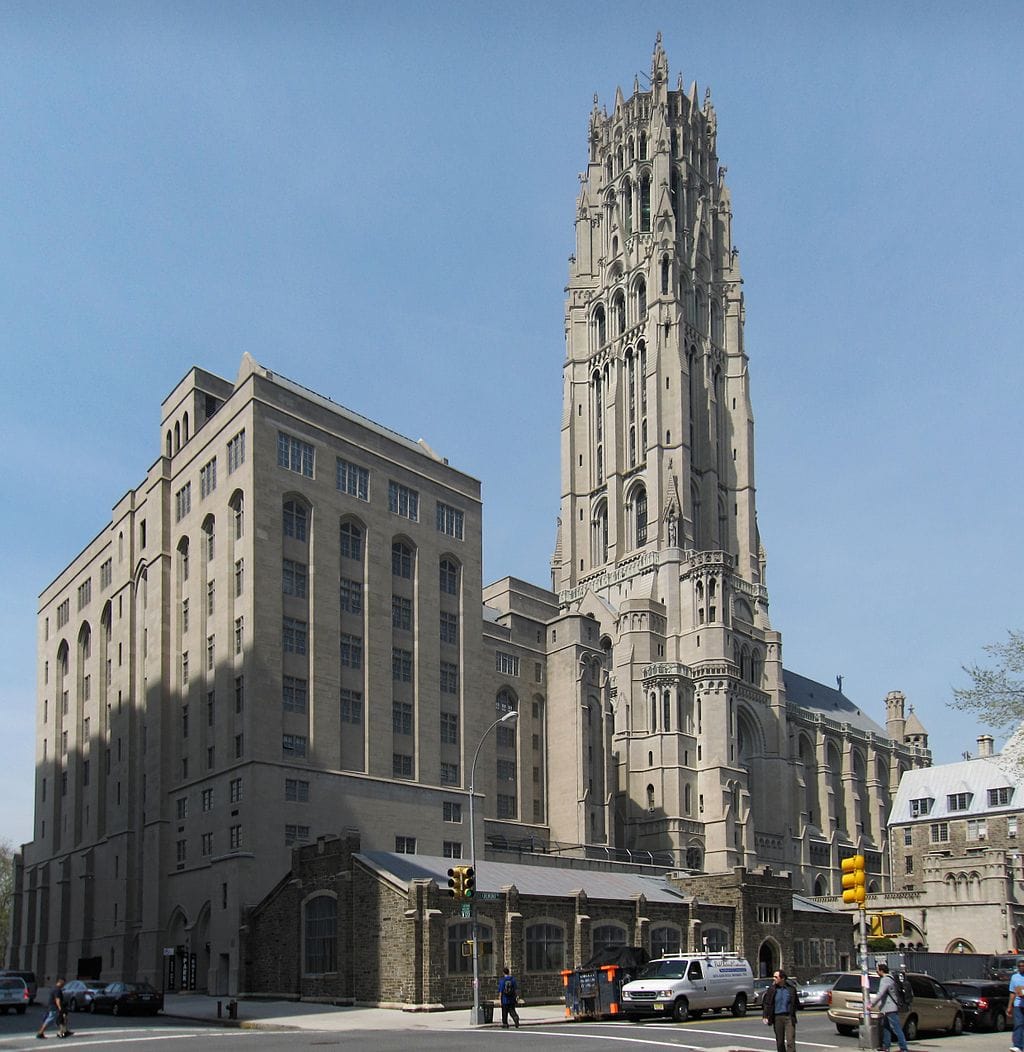 Riverside Church is known for its involvement in social change in the United States. Philanthropist John D. Rockefeller and Rev. Harry Fosdick conceived the idea of building a church to unite New Yorkers no matter what denomination of Christianity they belong to. Church leadership has preached against racism and war and today offers support for immigrants seeking asylum.

Riverside is the tallest church in the United States and the 24th tallest in the world.

Rev. Martin Luther King, Nelson Mandela, Arundhati Roy and other leaders have given sermons at the church. Jackie Robinson, the first African-American to play Major League Baseball had his funeral held there.