Dams are some of the greatest man-made structures in the world and some of the largest. Dams are also  some of the most essential structures to humans as they provide irrigation, electricity, and help to control the flooding of the rivers they’re built across. For this list, we chose to arrange the dams by the volume of their reservoirs because this information is the most accurate and readily available of all of these dams’ dimensions.
Location: Saskatchewan, Canada
Reservoir Volume: 9.4 km³ (7,620,700 acre-ft)
Structure Height: 64 m (210 ft)
Structure Length: 5,000 m (16,400 ft)
Type of Dam: Embankmen 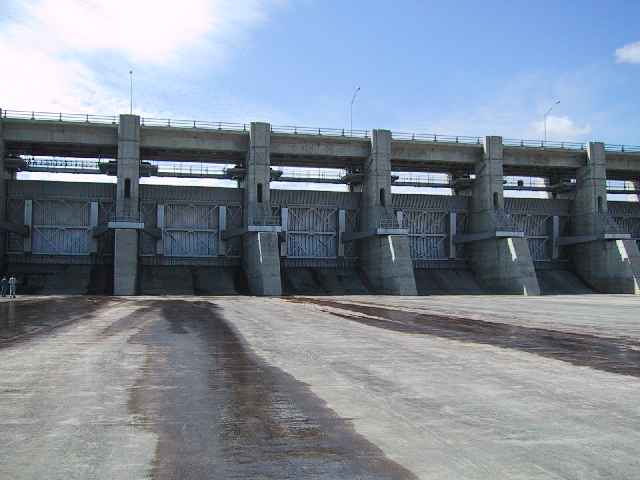 The Gardiner Dam’s main purpose is to efficiently utilize the waters of the South Saskatchewan River for irrigation, recreation, urban water supply, and electrical power. Gardiner Dam now provides irrigation to about 100,000 acres (40,468.564 hectares) of land, which allowed new crops to be grown in the region, including pinto beans, peas, and fava beans.

Gardiner Dam was named for James G. Gardiner, the former premier of Saskatchewan and Lake Diefenbaker was named after former Canadian Prime Minister John G. Diefenbaker, who initiated the plans for the dam. 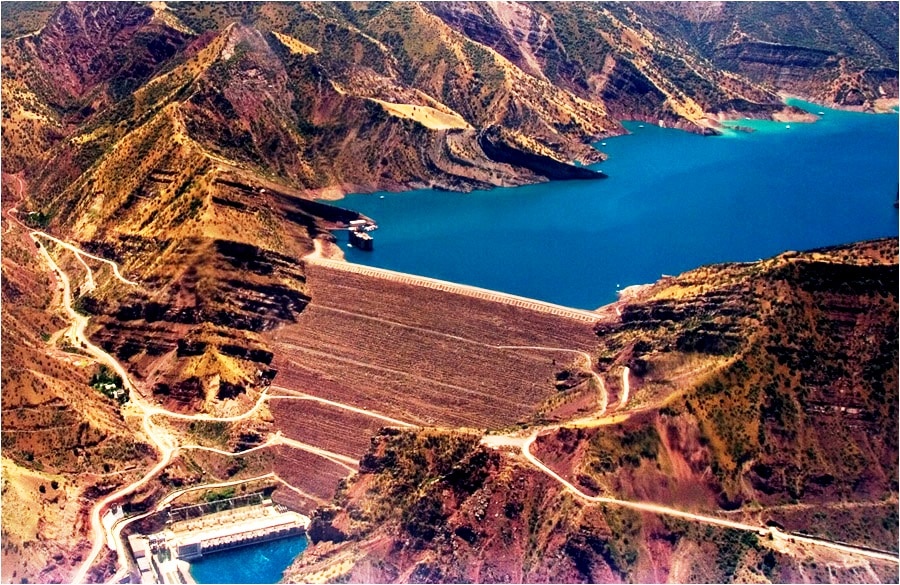 Although the Nurek Dam isn’t quite as large as the other dams on this list it is the tallest dam in the world with a height of 300 meters (980 feet). Nurek Dam is located across the Vakhsh River, which is the largest river in Tajikstan. 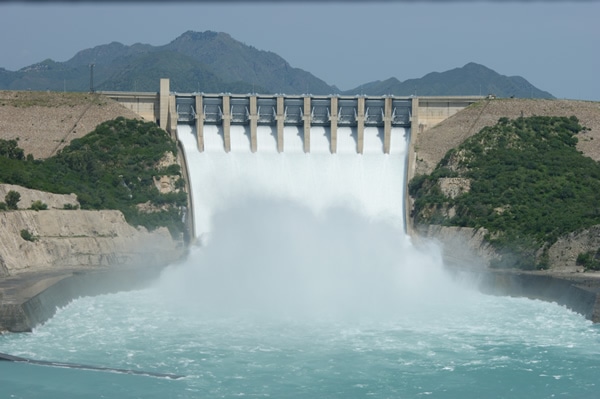 Tarbela Dam, which is located in Pakistan, is the largest earth filled dam in the world. The dam created the Tarbela Reservoir, which currently has a capacity of 14.3 cubic kilometers (11,600,000 acre-feet). The Tarbela Dam was built over the Indus River.

Before the dam was built in the late 1960s through the late 1970s, the flow of the Indus River was unpredictable. This caused the agricultural yield in Pakistan to be uneven, especially during the country’s main growing season.

The Tarbela Dam is currently undergoing its fifth extension, which will increase the dam’s electricity generation capacity by 1,410 MW. 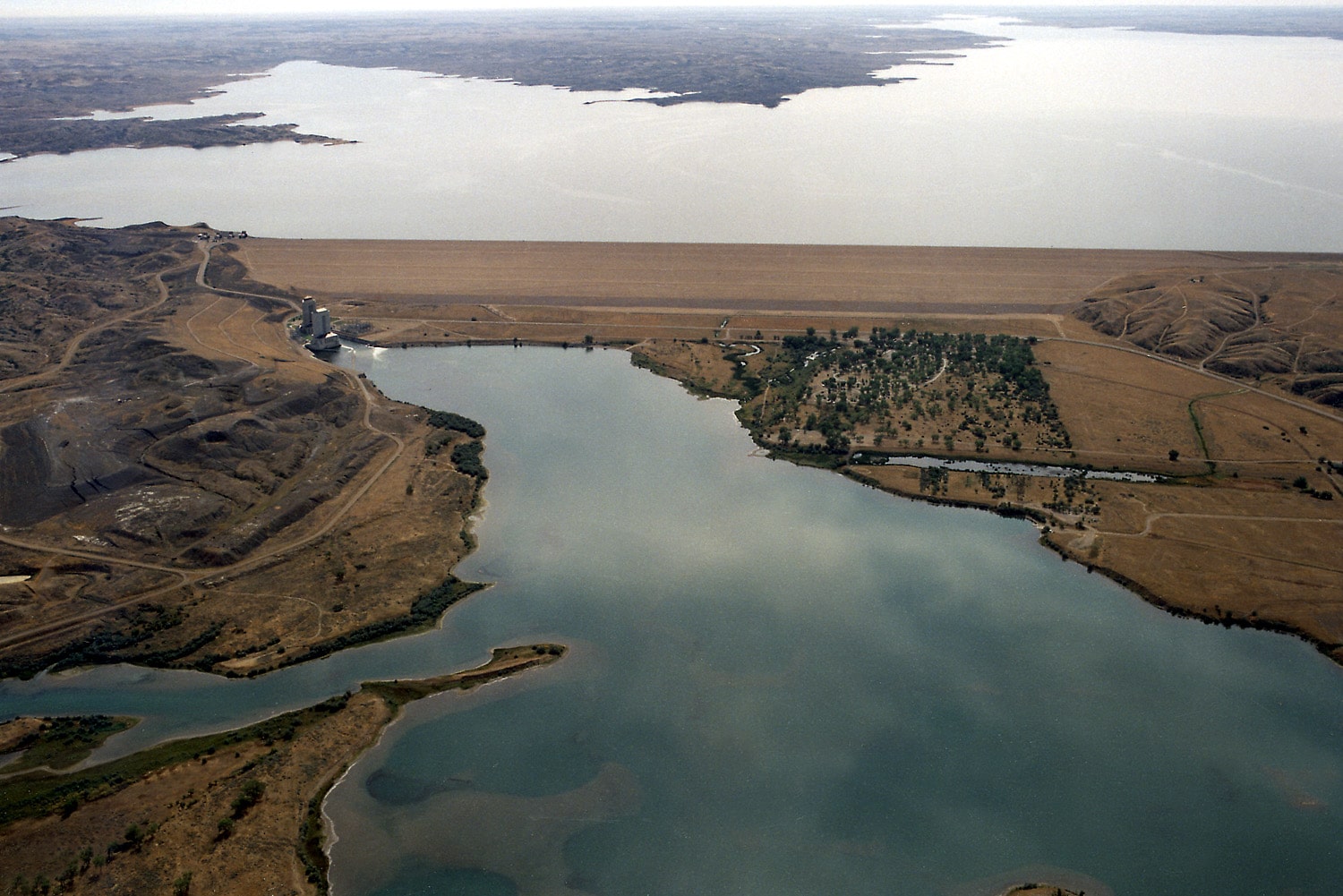 Fort Peck Dam was commissioned by President Franklin D. Roosevelt during the Great Depression. The construction of Fort Peck Dam provided jobs to over 50,000 people. 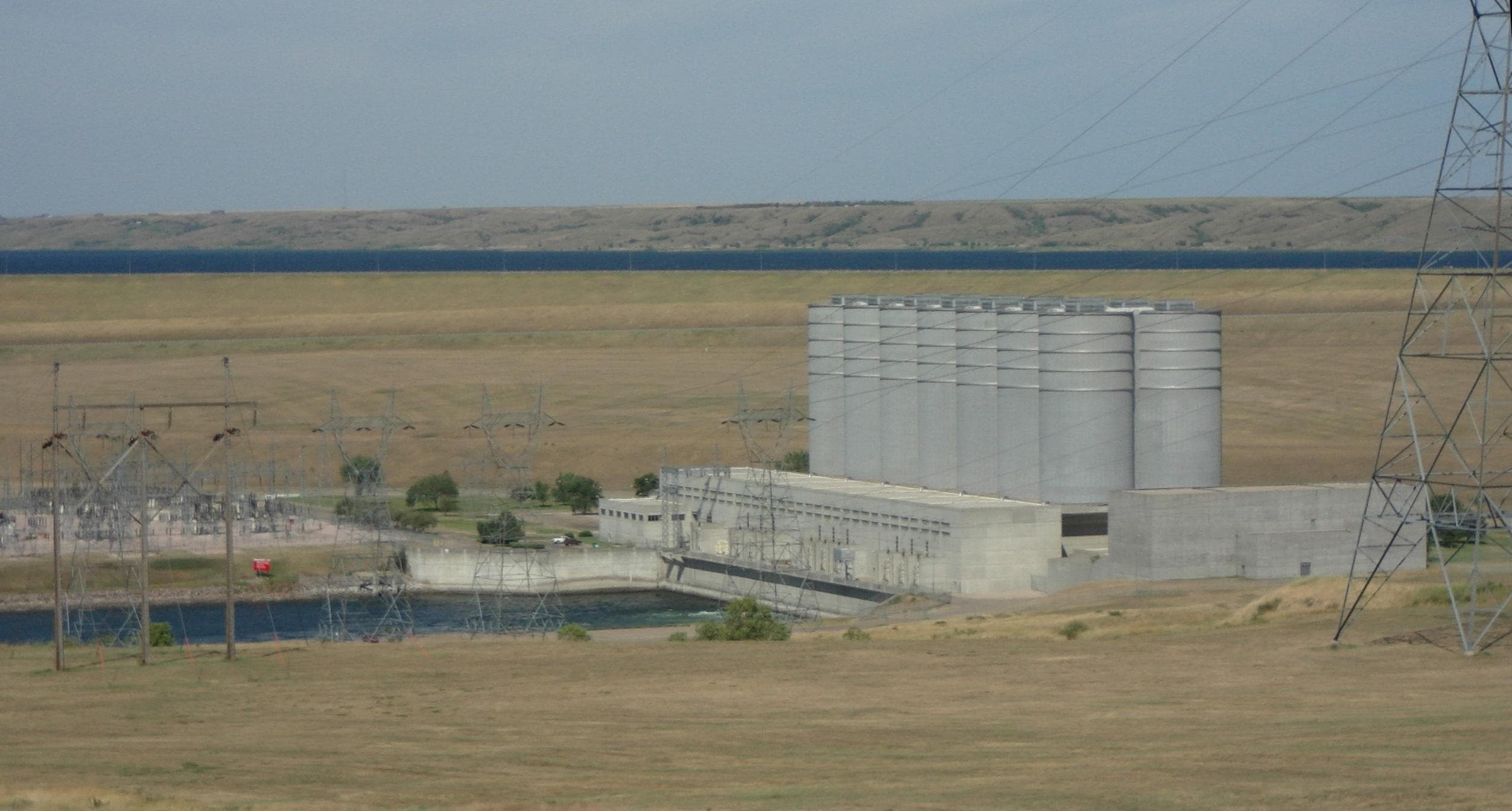 Oahe Dam was built by the U.S. Army Corps of Engineers throughout the late 1940s to late 1950s. The Oahe Dam forms Lake Oahe, which is the fourth largest reservoir in the United States. Lake Oahe has a capacity of 29 cubic kilometers (23,137,000 acre-feet).

The Oahe Dam generates most of the electricity for the north-central United States. The dam and lake were named after the Sioux Indian word Oahe, which means “a foundation” or “place to stand on.” Although the Garrison Dam is an important source of power and irrigation for the surrounding areas, the building of the dam displaced Native Americans and flooded their farmlands. 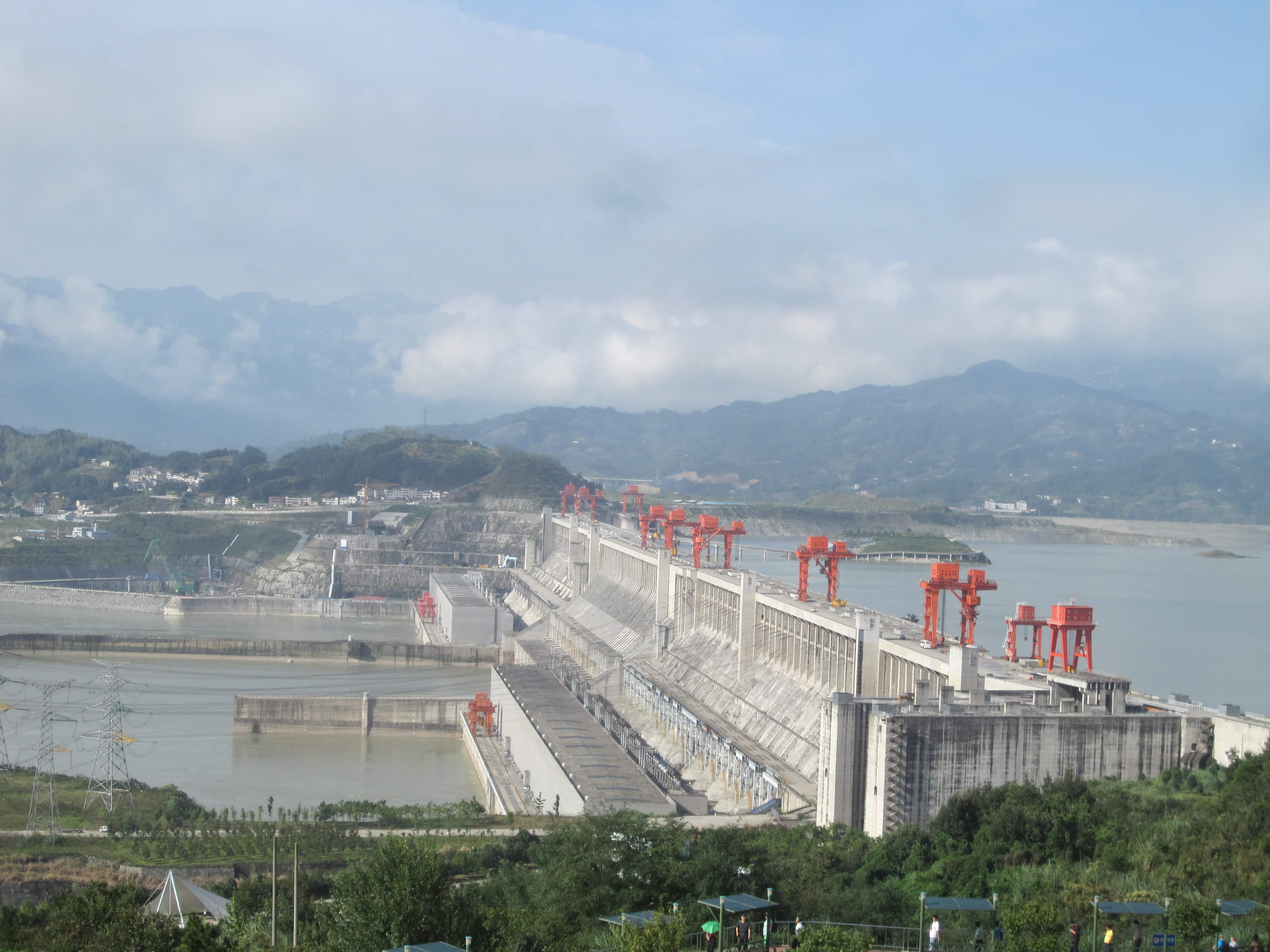 Overall, the Three Gorges Dam in China is considered the largest dam in the world (but we arranged this list by reservoir volume). Three Gorges Dam is the world’s largest hydroelectric power plant and has a installed capacity of 22,500 MW.

While the Three Gorges Dam may be impressive in both size and power output, it is considered one of the world’s biggest environmental disasters. The building of the Three Gorges Dam has displaced more than 1.2 million people; caused flooding in nearby towns and cities; has polluted the nearby water and land, threatening the local plants and animals; and has increased the seismic activity in the area.

Three Gorges Dam has shifted around so much water that it has slowed down the Earth’s rotation. 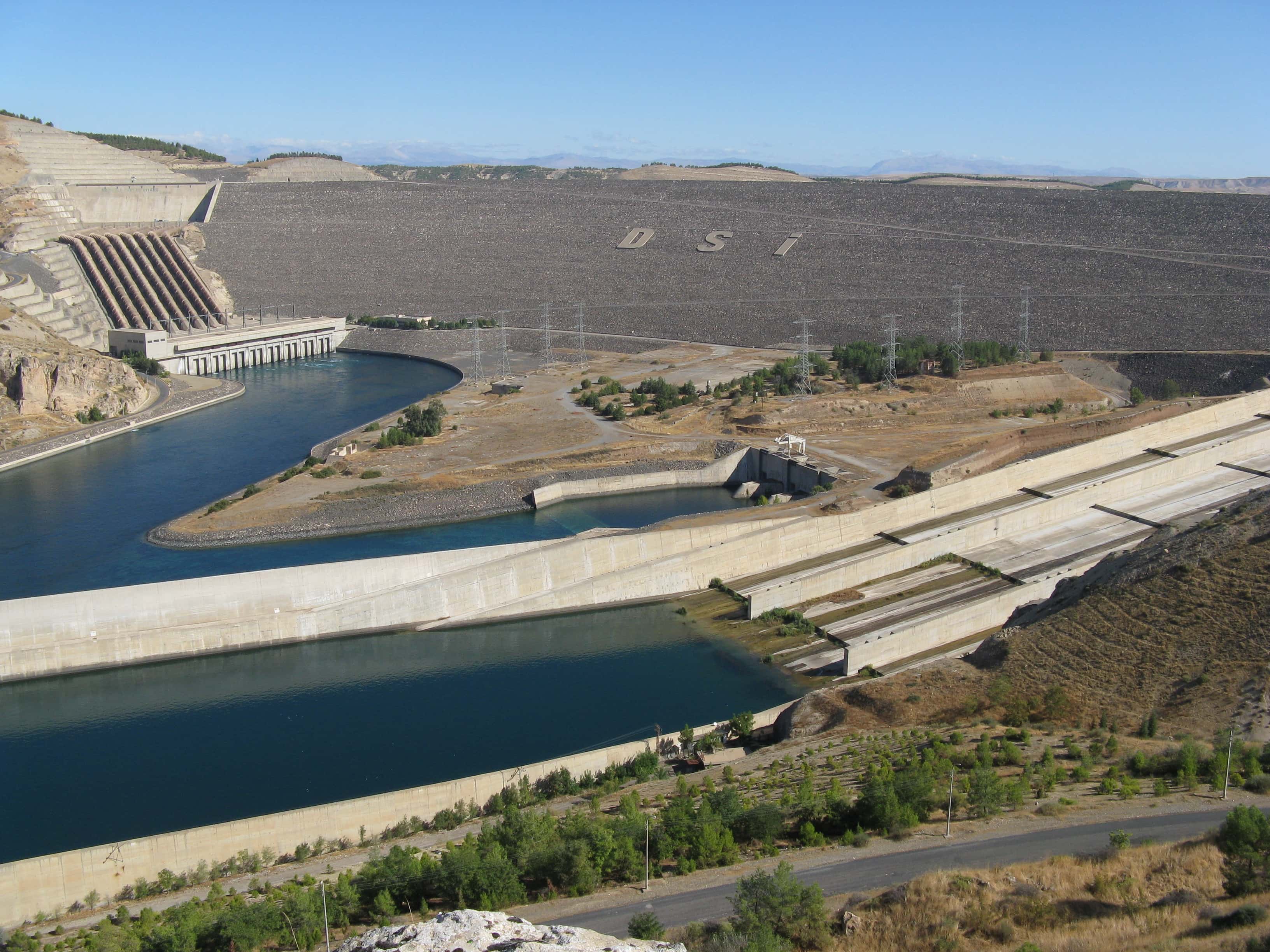 The Atatürk Dam is located on the Euphrates river in southeast Turkey. Atatürk Dam is the largest of the 22 dams and 19 hydroelectric stations found along the Euphrates and Tigris rivers. The dam’s reservoir has a volume of 48.7 cubic kilometers (11.68 cubic miles). The  Atatürk Dam itself is quite large with a height of 169 meters (554 feet) and a length of 1,819 meters (5,968 feet).

The Atatürk Dam is part of Southeastern Anatolia Project (GAP), which is a network of dams, hydroelectric stations, and irrigation canals built in the Euphrates, Tigris, and Upper Mesopotamia basins. The GAP project is expected to be completed in 2020 and will supply water to around 1.8 million hectares of land and also generate about 7,476 MW of power.

Atatürk Dam was originally called Karababa Dam, but had its name changed to honor the founder of the Turkish Republic, Mustafa Kemal Atatürk. 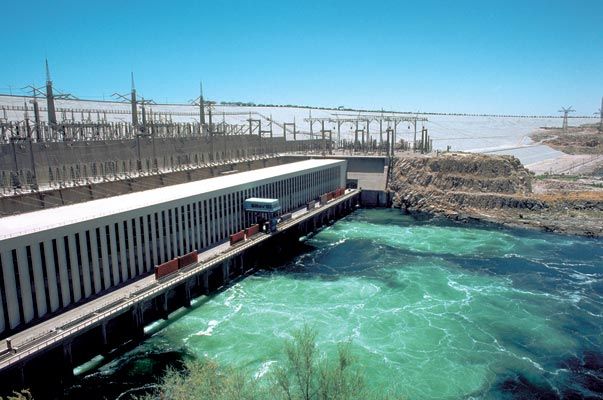 The Aswan High Dam is located near Aswan, Egypt close to the border of Sudan. The Aswan High Dam lies across the Nile River and its reservoir is called Lake Nasser, which is one of the biggest man-made lakes in the world. Lake Nasser has a capacity of 132 km³ (107,000,000 acre-ft) and the water is used to irrigate the surrounding land in both Egypt and Sudan.

Aswan High Dam was completed in 1970 and since then, the dam has helped to control the annual flooding of the Nile River. Additionally, the Aswan High Dam provides about half of Egypt’s power supply.

When the Aswan High Dam was built, the ancient temple complex of Abu Simbel, built in the 13th century BCE, had to be relocated. 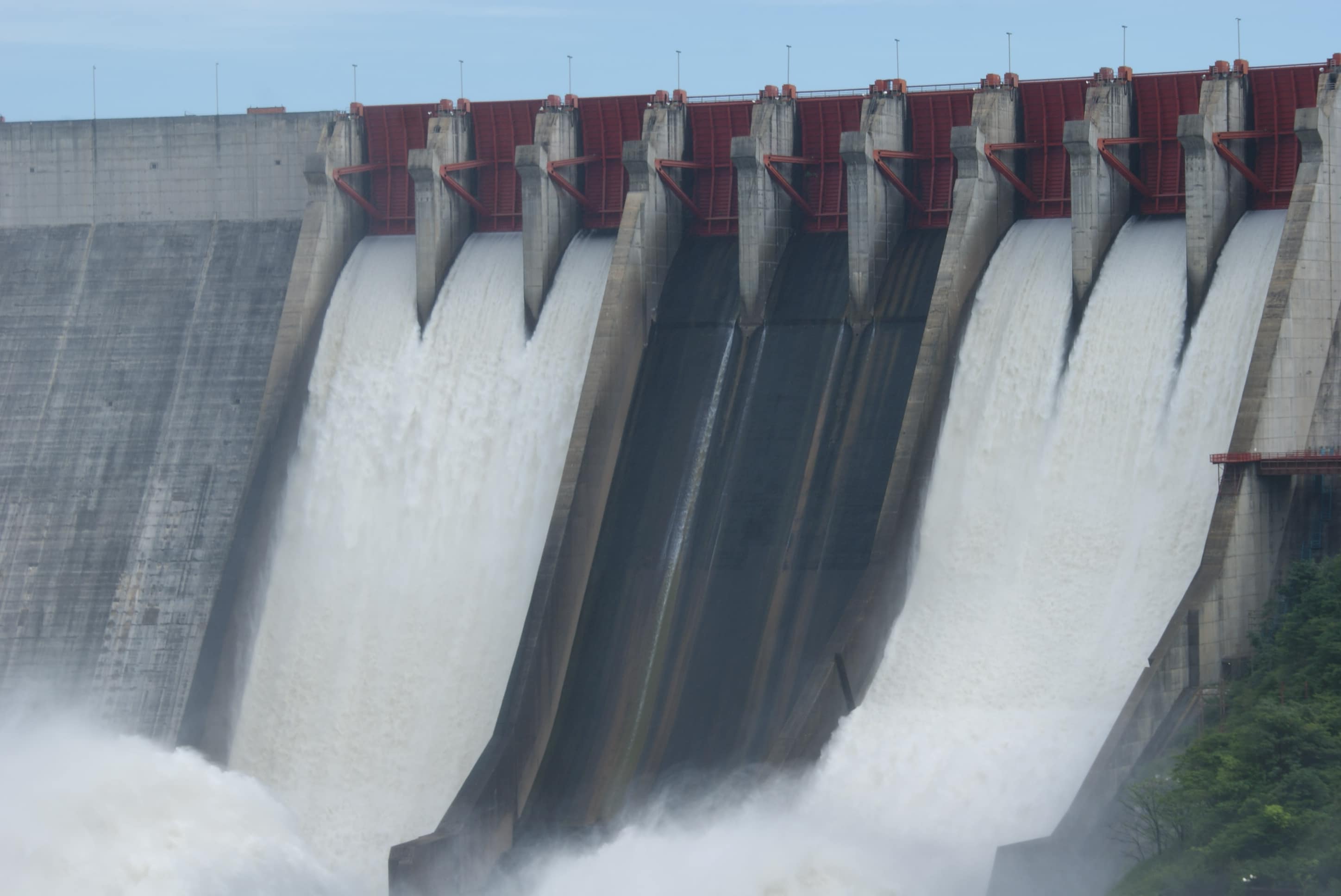 Guri Dam in Bolívar, Venezuela is the largest dam in the world based on reservoir volume. The dam’s reservoir can hold up to 135 cubic kilometers (32.39 cu mi) of water. Guri Dam is also one of the world’s tallest dams with a height of 162 m (531 ft).

In addition to holding back the Caroni River, the Guri Dam is also a hydroelectric power plant and the second largest in the world based on installed capacity, which is 10,235 MW. The Guri Dam provides about 73% of Venezuela’s energy needs.

Guri Dam provides about 12,900GW/h of energy to the entire country of Venezuela.