Houses come in all kinds of different shapes and sizes that reflect the social standing and preferences of their owners. While many people in the United States live in small apartments or modest two-bedroom homes, some live in vast mansions that could swallow other houses whole!

So just how big can American homes get? Today we’ll be looking at 10 of the largest homes in America that are still standing today and ranking them according to how many square feet of floor space they cover. We’ll also learn about the historical significance and different uses of each one. 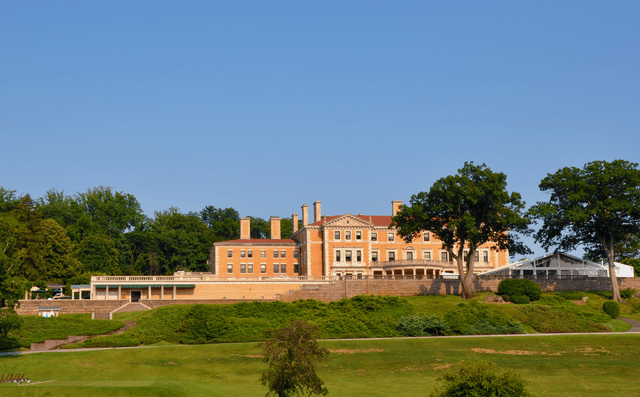 Woodlea was actually built as a Vanderbilt mansion that later served as the Sleepy Hollow Country Club’s clubhouse after being purchased by Frank Vanderlip and William Rockefeller. Woodlea is located in Briarcliff Manor, having been constructed with Victorian-style architecture in the fashion of many Italian villas at the hefty price of $2,500,000. Much of the original structure still remains well-preserved today.

Colonel Eliott Fitch Shepard, for whom Woodlea was built, did not live long enough to see it finally finished. 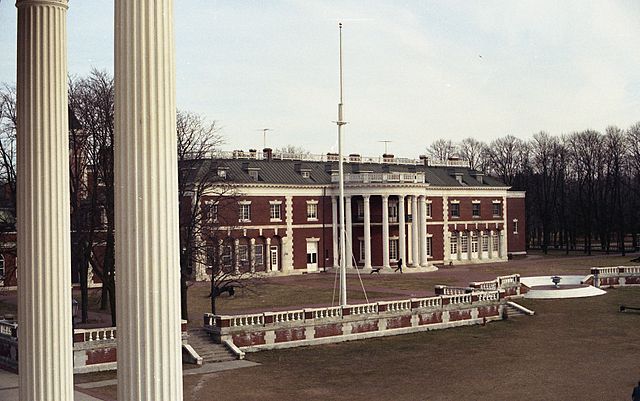 Indian Neck Hall originally served as the country residence of Frederick Gilbert Bourne along with his wife, Emma Sparks Keeler. Bourne was the fifth president of the Singer Manufacturing Company, which is now known as the Singer Sewing Machine Company. This gorgeous building was constructed with Georgian-Revival architecture and was later acquired by St. John’s University in 2001.

Florham is a former Vanderbilt-Twombly estate that now serves as a campus for the Fairleigh Dickinson University. While the estate is in full use by the university, independent visitors are welcomed to come and tour Florham campus to appreciate the architecture and history at any time. There are no formal tours or guides, but visitors can access audio tours online.

J.P. Morgan and Thomas Edison are rumored to have worked with Hamilton Twombly to create a subterranean, electric tunnel system that made traveling between buildings easier. 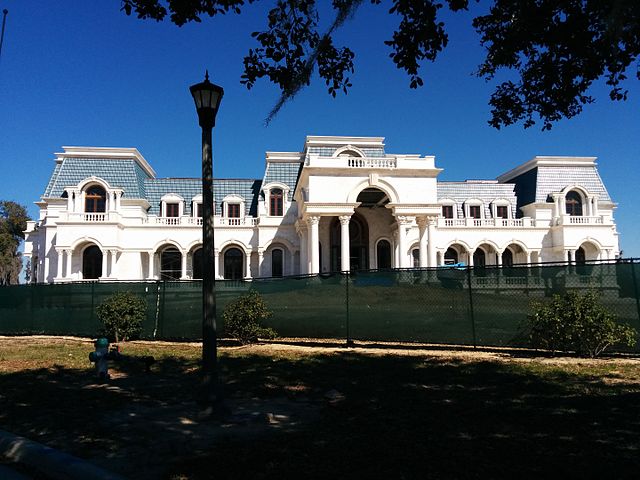 The Versailles house belongs to Jackie Siegel and her husband David Siegel, who founded Westgate Resorts. The couple are known as the “King and Queen of Versailles” and intentionally named their lavish home after the Palace of Versailles in France. Versailles has been under construction for well over a decade as a result of the finishing date being repeatedly pushed back.

Versailles has 30 bathrooms and 14 bedrooms, and there may be even more by the projected completion date in 2020! 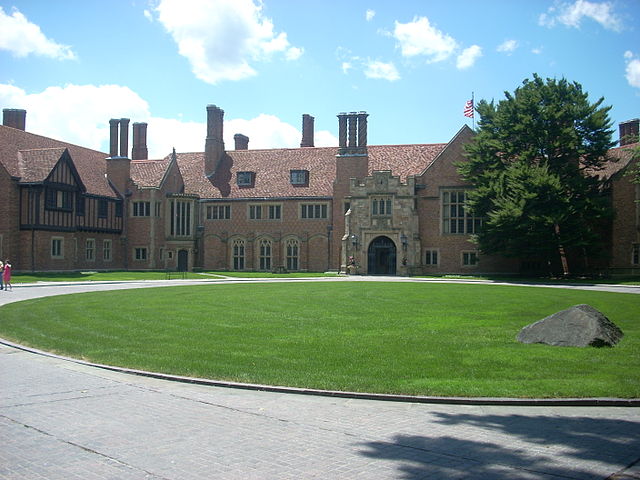 After John Francis Dodge passed on, his widowed wife, Matilda Dodge Wilson, built this Tudor-Revival style mansion with her second husband. Her prominent position in the automotive industry and the sheer beauty of her home have firmly secured its place as a National Historic Landmark. Meadow Brook Hall boasts an impressive 110 rooms and has been carefully preserved with as many of its original furnishings and art as possible. 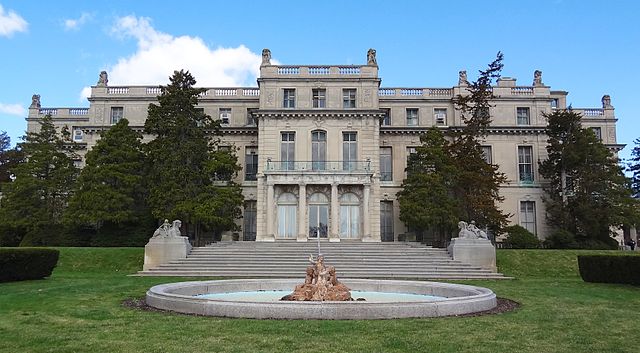 Formerly known as the famous Shadow Lawn mansion, this historic building now serves as the administrative headquarters of New Jersey’s Monmouth University. President Woodrow Wilson used Shadow Lawn as his summer home during his re-election campaign, and the building later caught fire and needed to be rebuilt before further use. Each suite of this exquisite home was styled after a different historical period.

As a result of the devastating Great Depression, Hubert Templeton Parson sold Shadow Lawn for the shockingly low price of $100. 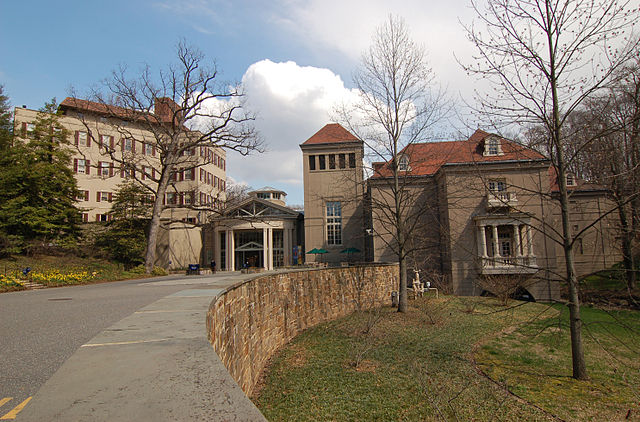 Horticulturist and antiques collector Henry Francis du Pont aimed to make his house at Winterthur into a historic snapshot that could “show America as it had been” during years past. He certainly succeeded, since Winterthur is now considered to be one of the most important Americana homes in the United States. Du Pont carefully constructed and furnished 175 period rooms in the mansion.

The Winterthur house is especially striking in its interior design and is often used as inspiration. 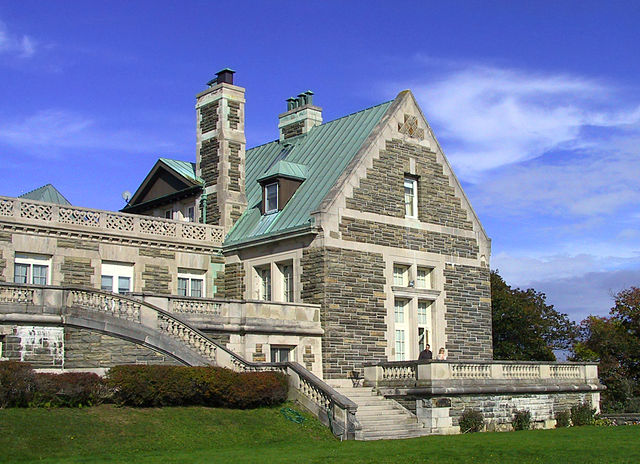 The Arden House is said to be the first conference center property in the United States and was originally owned by Edward Henry Harriman, a famous American railroad executive, and his wife. Edward owed much of his success to his wife, Mary Williamson Averell Harriman, since their marriage gave him access to a future in railroads. Their resulting wealth was what allowed for the original purchase of Arden estate.

Despite its astounding size, the Arden House’s construction only took around five years.

Oheka Castle was built by Otto Hermann Kahn, a philanthropist and investment financier. He picked the highest spot on his 443-acre plot on Long Island to build upon, and the building costs reached the equivalent of $158 million in today’s money. Current owner Gary Melius deeply appreciates the historic value of the building and maintains it as a hotel.

The name “Oheka” was formed using the first syllable of each part of Otto Hermann Kahn’s name. 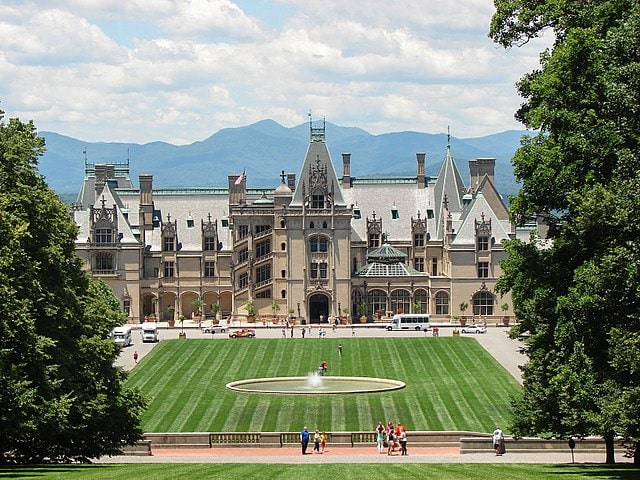 The Biltmore House is the largest home in America by square footage. It took well over six years and a thousand workers to construct and was opened mid-construction in 1895 to friends and family. The completed Biltmore House contains 65 fireplaces, 43 bathrooms, and 33 bedrooms! The building project was progressing on such a vast scale that George Washington Vanderbilt II had a special railway constructed to bring in materials, and later dismantled it after the building was done.

The Biltmore House contains a 10,000-volume library and a vast collection of antiques.