People all around the world love to travel and visit bustling tourist destinations like Las Vegas and Macau. And to make things easier, most people decide to stay in hotels when they go on a long trip. Many travelers prefer to seek out larger hotels, as these often provide a wide variety of accommodations and extra features to enjoy.

While the vast majority of the largest hotels on the planet are located in Las Vegas, there are plenty of other impressive hotels scattered throughout the world as well. So, just how many rooms do some of the biggest hotels offer? Today we’ll be exploring 10 of the world’s largest hotels and learning about their unique features. 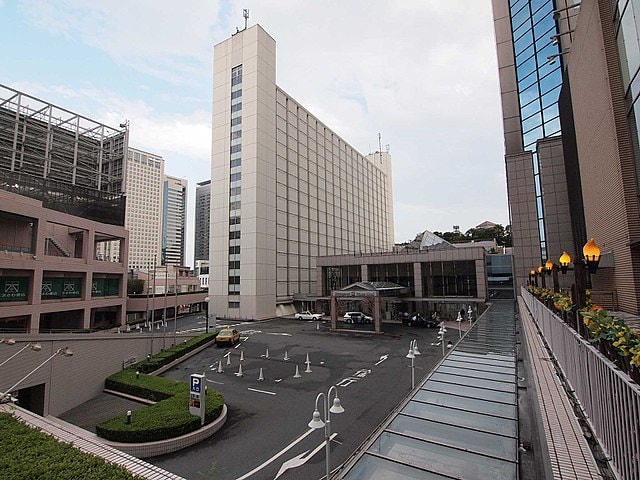 Located in Minato City in Tokyo, the Shinagawa Prince Hotel is more than just a hotel–it has a highly-respected reputation as an entertainment and accommodation complex. In addition to quality hotel rooms, guests can take advantage of features such as a bowling alley, cinema, swimming pools, and 24 different karaoke rooms.

The Maxell AQUA PARK SHINAGAWA features not only an aquarium, but aquatic performances with lights and video entertainment as well. 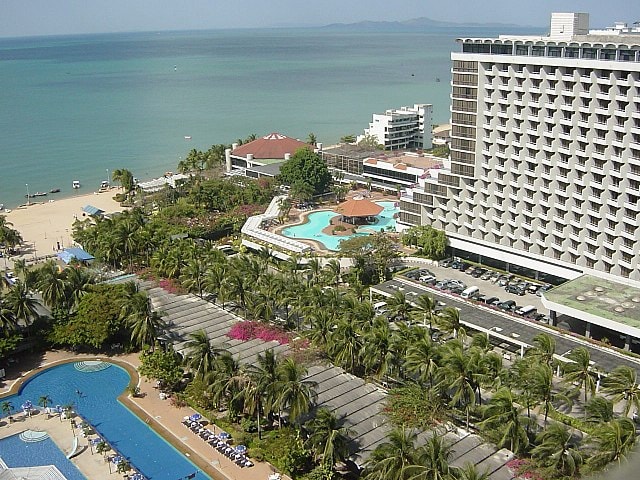 Located on the memorable beach of La Jomtien, the Ambassador City Jomtien hotel offers a beautiful ocean view and rooms at varying levels of luxury. The Ocean Wing features the most lavish rooms and the most breathtaking view. Additional facilities include everything from tabletop tennis and a badminton court to a fitness center and nightclub.

Ambassador City Jomtien consists of five different buildings, and is said to be home to Asia’s largest swimming pool! 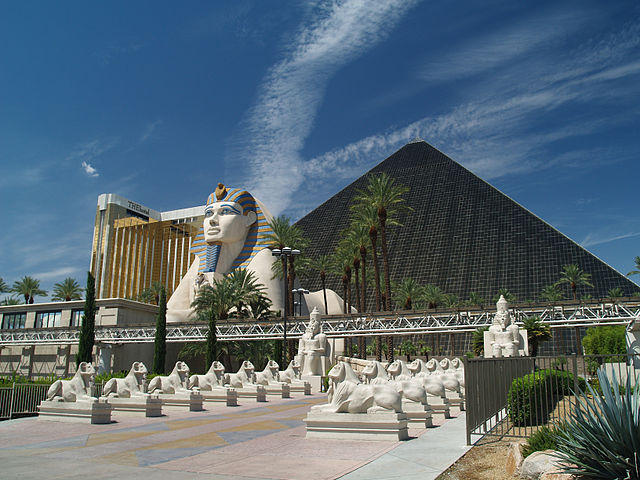 The awe-inspiring Luxor hotel stands as a famous landmark, hearkening to ancient Egypt with a striking black pyramid and even its own version of the Sphinx. The Luxor was one of the first “megaresorts” to open on the Las Vegas Strip during a wave of family-friendly establishments that opened during the early 1990’s. As a result, the architecture features splendid decorative elements to impress children and adults alike!

The pyramid of the Luxor was modeled after The Great Pyramid in Giza, and features an interior designed to resemble an Egyptian temple. 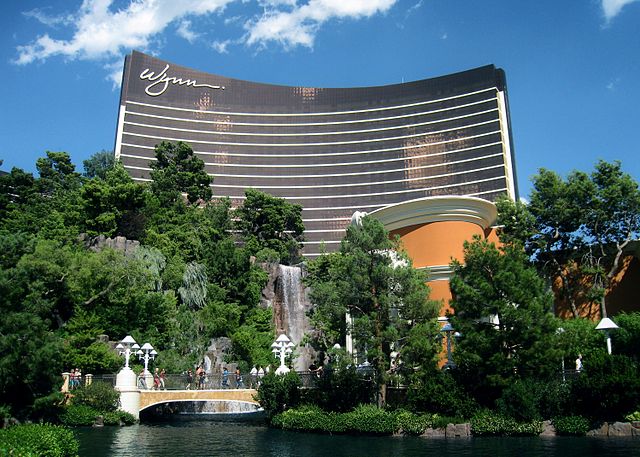 Wynn Resorts has earned more Forbes Travel Guide Five-Star Awards than any other independent hotel company in the world. The luxury boutique resort Encore at Wynn Las Vegas is also highly regarded for its stylish accommodations, as well as its entertainment and casino floors.

The Encore resort features a stunning golden peacock in its spa area, and features a recurring butterfly motif that is said to bring good luck. 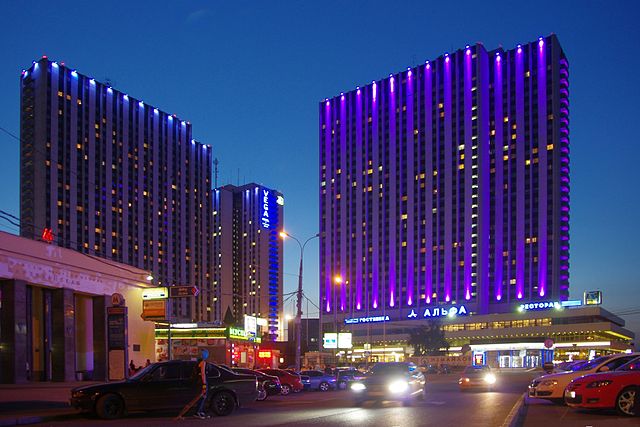 Located in the Izmaylovo District of Moscow, the Izmailovo Hotel was the largest hotel in the world until the expansion of the MGM Grand Las Vegas hotel in 1993. This hotel was originally built to accommodate participants and attendees of the 1980 Summer Olympic games, and now welcomes over 500,000 guests every year.

The architecture of the Izmailovo Hotel was designed specifically in honor of the Olympic Games, featuring five buildings that mirror the five Olympic rings. 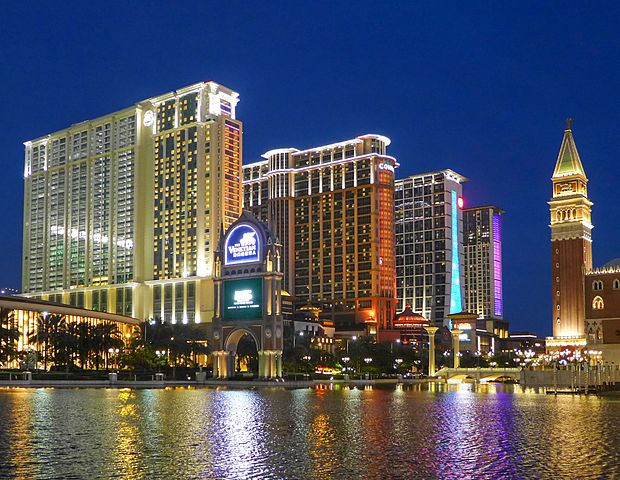 The $4 billion Sands China property known as Sands Cotai Central is home to thousands of hotel rooms and suites under brands such as Conrad and Holiday Inn. Located right at the center of the famous Cotai Strip, this establishment offers over 150 galleries and boutiques alongside its hotel accommodations.

Hotel guests at Sands Cotai Central can enjoy a variety of pools, spas, shopping, and outdoor activities during their stay. 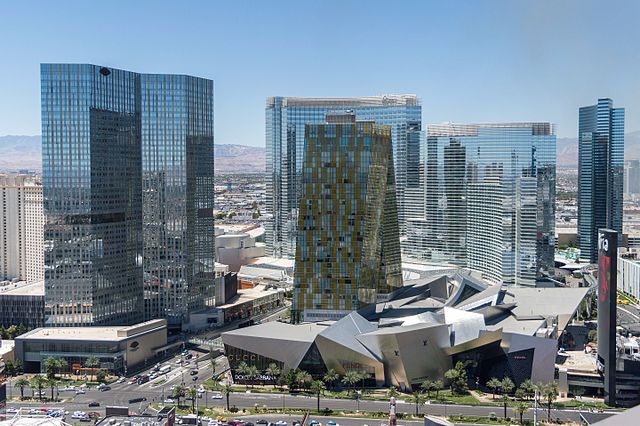 This gorgeous complex is large enough to enclose 12 Luxor hotels within its glass walls, which required 2.7 million square feet of glass to complete! Intended to be a “city within a city,” CityCenter offers a plethora of entertainment options, such as the Aria Resort & Casino.

One of the most striking features of the CityCenter development is the Harmon Tower, the construction of which had to be massively downsized as a result of poorly-installed structural supports and a tight construction schedule. 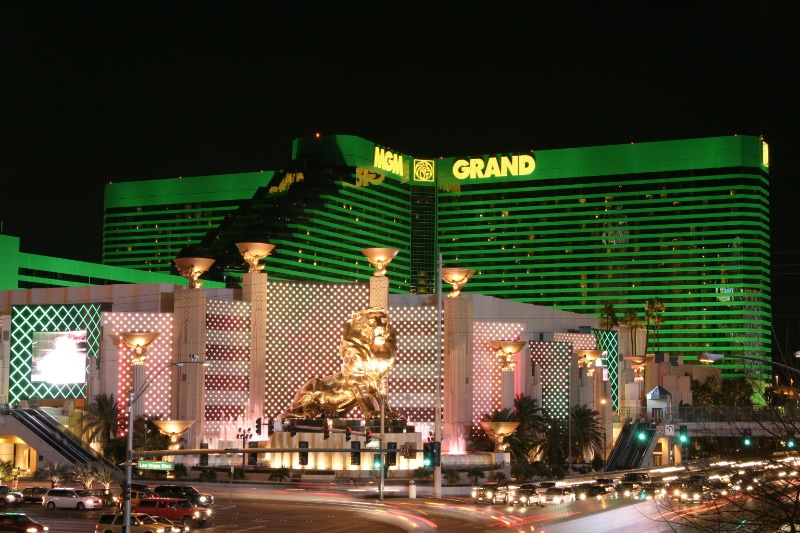 The Signature hotel and condo commodities have been available within the three striking towers next to the original MGM Grand hotel since their addition to the MGM Grand complex in 2004. While the three Signature towers are non-smoking and non-gaming, the MGM Grand still provides a staggeringly huge game floor with 2,500 game machines and 139 poker tables.

The Signature prides itself on creating a peaceful, secluded atmosphere, with extensive room service and a luxurious, heated pool in each tower. 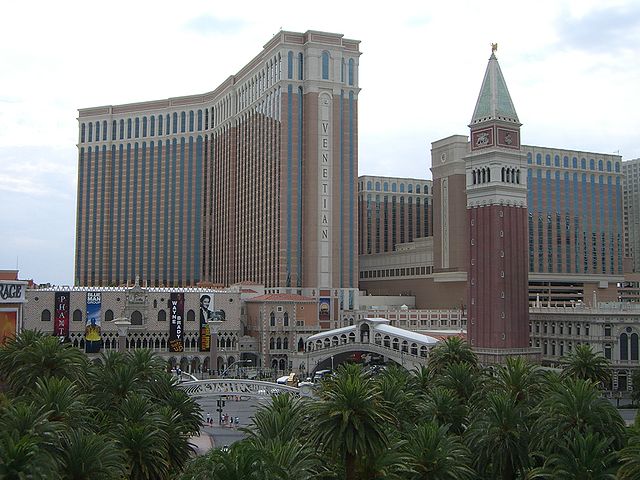 The Venetian and Palazzo offers more than 40 restaurants, which is more under one roof than any other hotel. 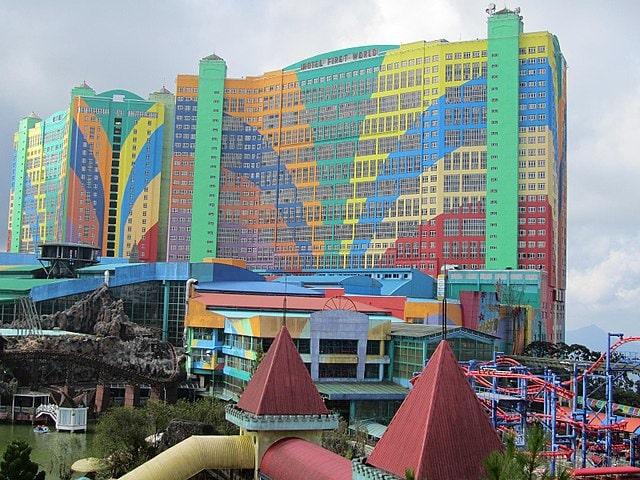 The First World Hotel is the largest hotel in the world by number of rooms. This impressive hotel has broken the Guinness World Record for the largest hotel in the world not only once, but twice! It was outdone by the Las Vegas Palazzo expansion, but came out on top once again in 2015 after renovations of its own. The expansion not only added more rooms, but entertainment and dining opportunities as well.

The attractions added to the First World Hotel include a 500,000-square-foot indoor theme park and a shopping mall.