Aircraft carriers fill pivotal roles in military development, increasing the reach of military aircraft and serving as an indicator of how formidable a nation’s military is as a whole. Alongside fulfilling their duties as warships during times of conflict, many aircraft carriers also routinely patrol the waters, deter pirates, and provide humanitarian aid.

As you might imagine, any ocean vessels large enough to transport military aircraft are bound to reach some truly impressive sizes! Today we’ll be looking at the 10 largest aircraft carriers in the world and ranking them according to the length of each vessel. 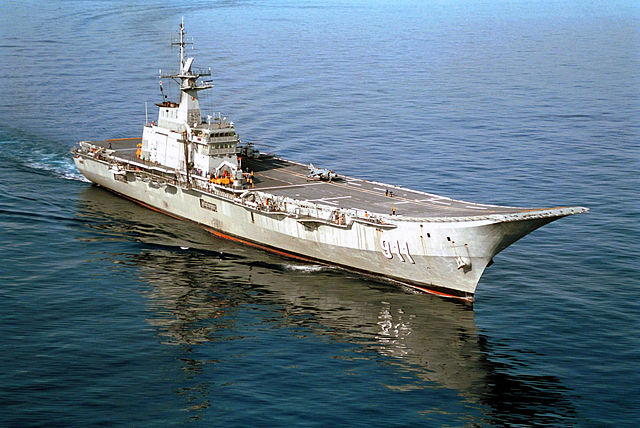 The HTMS Chakri Naruebet, Thailand’s largest aircraft carrier, actually has no aircraft of its own! The Chakri Naruebet was intended to serve as a symbol of the country’s growing military power when it was commissioned in 1997, but the Asian financial crisis hit Thailand soon afterward and stalled the process. As a result, this large aircraft carrier

The once ambitious design of the Chakri Naruebet features an aircraft ski-jump. 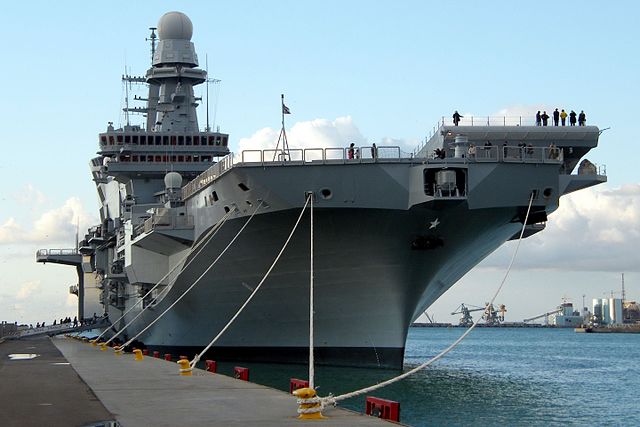 Capable of carrying up to 24 battle tanks alongside transporting military aircraft and hundreds of marines, the Italian Cavour aircraft carrier is the flagship of the Italian Navy and the largest in its fleet. The Cavour’s ability to carry other vehicles along with aircraft makes it highly versatile as far as aircraft carriers go, and enable it to serve in both military and civil missions.

The Cavour was dispatched to Haiti in 2010 to offer aid as part of Operation White Crane. 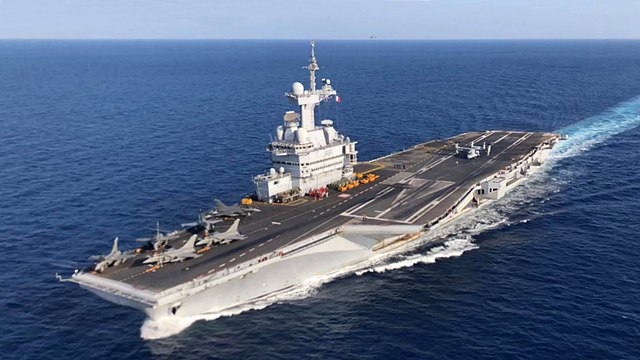 The Charles de Gaulle is France’s tenth aircraft carrier, as well as the first French aircraft carrier to run on nuclear power. This carrier can operate a fleet of up to 40 military aircraft, and is considered to be a powerful military threat. A number of modifications had to be made to the structure once construction got underway, including greater radiation protection than originally planned.

The construction of the Charles de Gaulle ran significantly over budget and suffered four separate delays. 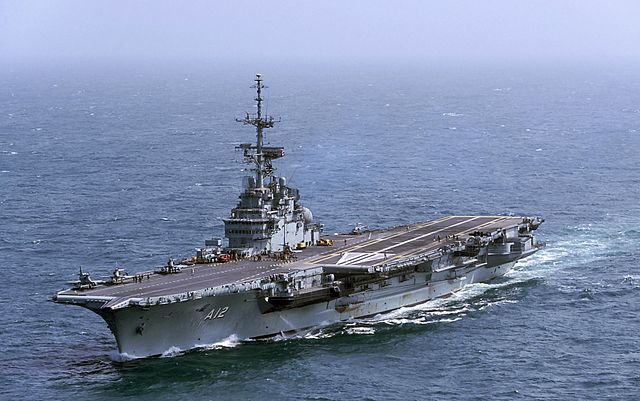 The Sao Paulo was originally commissioned by the French Navy in 1963, serving under the name “Foch” until it was transferred to the Brazilian Navy in 2000 to serve as its only aircraft carrier. While Brazil had originally planned to retrofit this vessel to last many more years, it’s now set to retire instead due to excessive costs. This decision leaves the United States as the only remaining operator of aircraft carriers in the Western Hemisphere.

Brazil is the only country in Latin America to have operated an aircraft carrier, making the Sao Paulo especially significant. 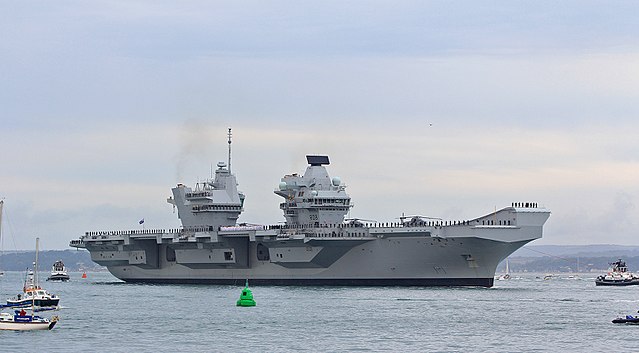 95% of Great Britain’s economic activity relies on ocean travel, making it absolutely imperative for its waters to stay well-protected. The impressive Queen Elizabeth aircraft carrier class serves as a solid demonstration of the UK’s military power, with each massive vessel providing a four-acre mobile military base on the water. 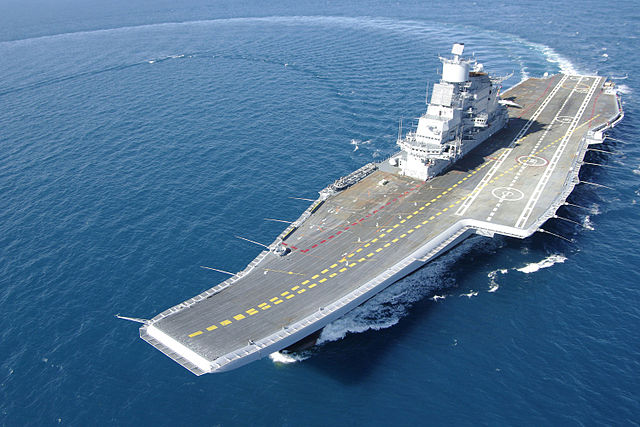 The INS Vikramaditya was formerly operated by the USSR until it joined the Indian Navy in the year 2013. This impressive warship features 2,500 compartments, many of which were totally rebuilt after its acquisition from the Russian Navy along with 234 new sections of the hull. All in all, this awe-inspiring aircraft carrier weighs 45,400 tons!

The name Vikramaditya is Sanskrit for “Brave as the Sun” or “having valor like the sun”. 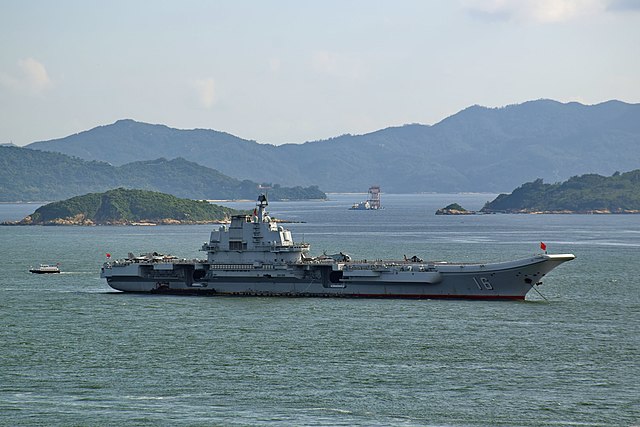 This Type 001 aircraft carrier is the first to be commissioned by the People’s Liberation Army Navy Surface Force and is classified as a training ship in order to allow some leeway for experimentation. The Liaoning served well as China’s introduction to aircraft carrier operation, providing the knowledge necessary to move forward with the development of the Type 001A.

The Liaoning was originally built for the Soviet Navy and went by the name Riga, and later, the Varyag. 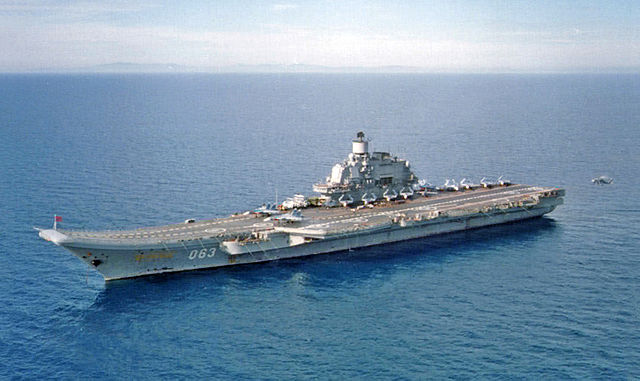 The Admiral Kuznetsov is a heavy aircraft carrier that features ski-jumps that allow for much more versatile applications than its predecessors in the Kiev class. The Admiral Kuznetsov was the only ship of its class already completely commissioned at the fall of the USSR, with its sister ship the Varyag being sold to China following a period of inactivity.

The Admiral Kuznetsov’s dry-dock sank in 2018, causing significant damage and leaving the Kremlin to wrestle with the decision of whether it was financially wiser to continue refurbishments or decommission the ship entirely. 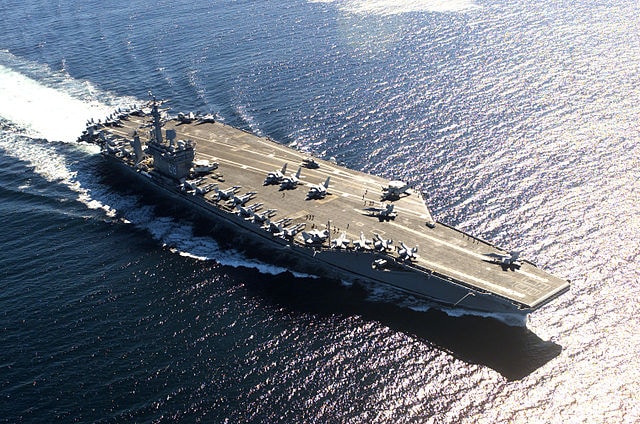 Featuring an incredible 47,000 tons of structural steel each, the Nimitz class of US aircraft carriers serve as a demonstration of power and a deterrent to any would-be attackers by greatly expanding the reach of the US Air Force. These ten formidable aircraft carriers run on nuclear power, with each ship featuring two reactors on board.

The Nimitz class aircraft carriers are built to function for 50 years and go 20 whole years without needing to be refueled! 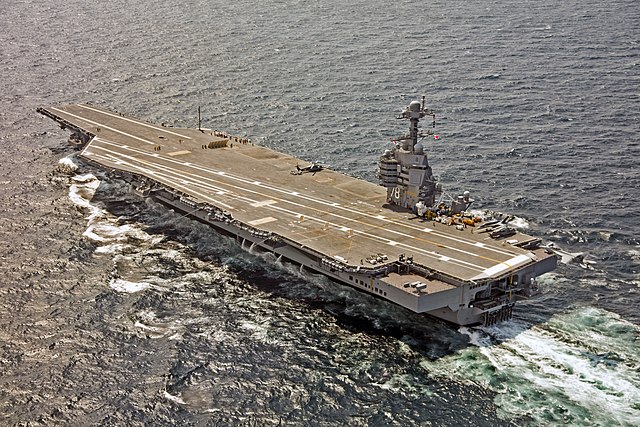 The Ford class of aircraft carriers is intended to eventually replace the Nimitz class, introducing a number of more advanced features such as an Electromagnetic Aircraft Launch System.