Even though the majority of shrimp are rather small, some of them can grow to be comparable in size to prawns.

Both shrimp and prawns belong to the family of crustaceans known as decapods, and the term “prawn” is used interchangeably for shrimp in several countries, including the United Kingdom.

The primary distinction between the two may be seen in their physical makeup. The legs of prawns are much longer, and they have three separate pairs of claws. Prawns are larger crustaceans that are often found in freshwater environments.

They are found mostly in marine environments. There are a few more distinctions that can be made between the two, but one cannot ignore the parallels between them.

On this list, we will examine the prawns and shrimp that hold the record for being the biggest in the world. Shrimp occur in a variety of sizes.

Here is a list of the 10 biggest species of shrimp that can be found swimming around in seas and freshwater lakes. 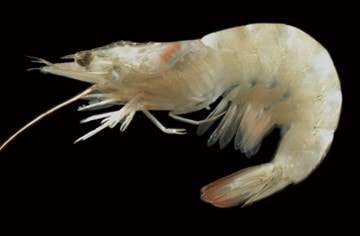 White shrimp can only thrive in warm seas and cannot endure temperatures lower than 3 degrees Celsius (37 F). They are quick growers and may reach between 18 and 20 centimeters if the temperatures and salinity are just perfect.

In the wild, you may find them at depths ranging from 30 to 80 meters, and they subsist on plankton. White shrimp have a lifespan that is often shorter than one year, but when they reproduce, they can produce up to one million eggs.

There have been reports of larger white shrimp engaging in cannibalism. The Daytona shrimp, southern shrimp, and gray shrimp are all names that may also be used to refer to this species. They may be found in the seas of the Gulf of Mexico and the South Atlantic. 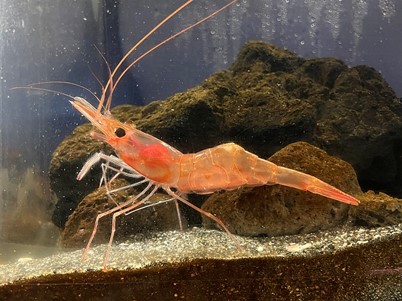 The seas of the Gulf of Mexico, Bermuda, and the east coast of the United States are home to populations of pink shrimp. This shrimp may be found at depths ranging from 2 to 70 meters and can grow to be up to 28 centimeters long.

This particular shrimp goes by various names, including the Skipper, the Red shrimp, the pink spotted shrimp, the hopper, and the pink night shrimp. They are commonly cultivated in the United States and are regarded as one of the species with the best flavor.

The larvae and the plankton are the primary components of their food. This plentiful species provides a food source for various crustaceans, including several types of finfish, minnows, and water boatmen. Their lifespan is less than two years.

Pink shrimps live for less than two years and, after mating, deposit between 500,000 and 1 million eggs. 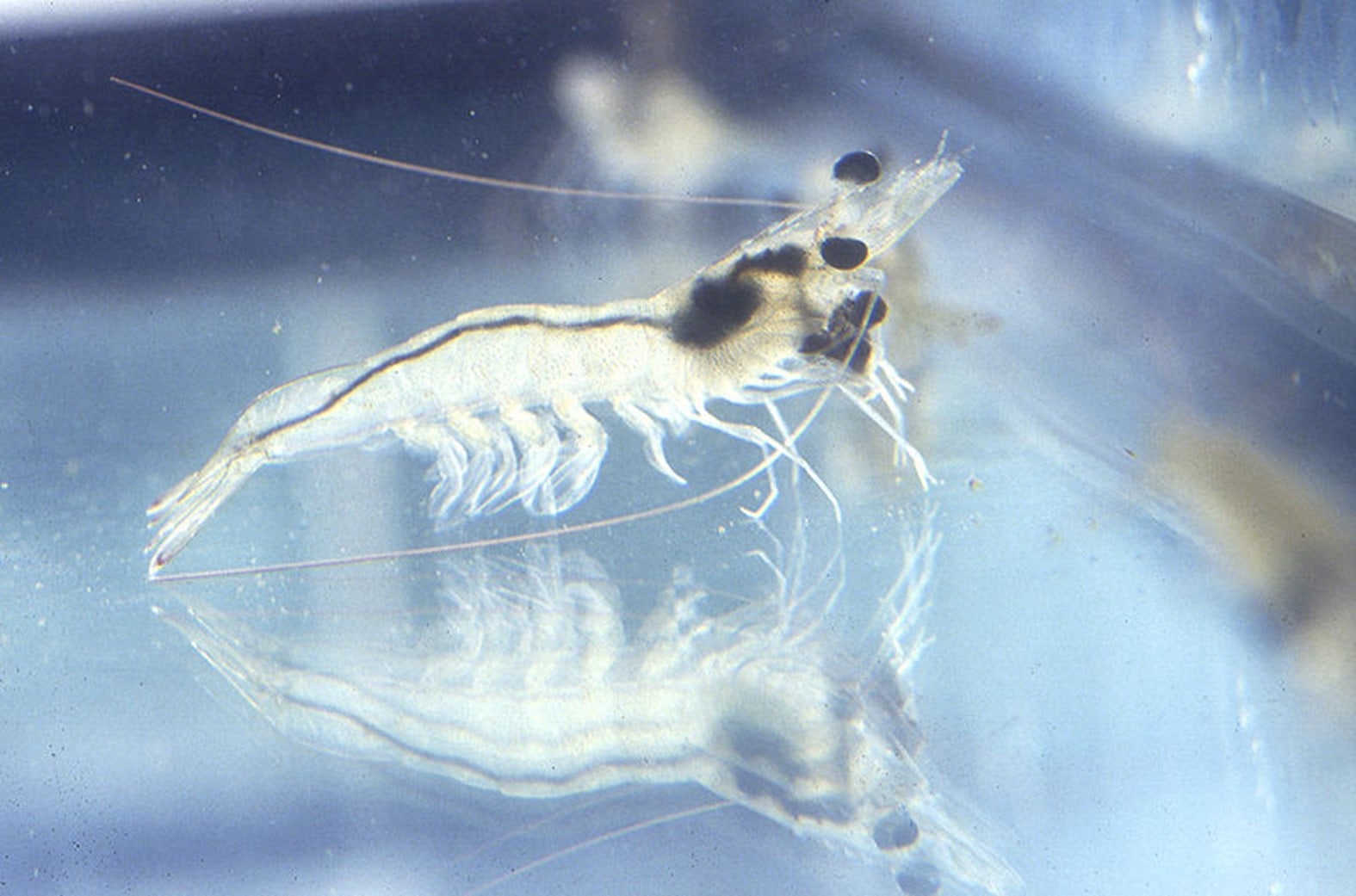 White leg shrimp, also known as pacific white shrimp or king prawn, is native to the eastern part of the Pacific Ocean and go by a few more names. To survive, the water temperature must be maintained at a level of 78 meters deep and above 20 degrees Celsius.

This species can thrive and breed when the water temperatures are just right. This species may grow to a maximum length of 23 centimeters. It is normal practice to catch and grow white leg shrimp for the purpose of human consumption.

This particular shrimp lives for less than two years and is mature enough to breed when it reaches around five inches in length. Shrimp with white legs have a bluish-white body and pink sides.

Adult shrimps are omnivores that consume everything from plants to tiny fish to microbes and anything in between. 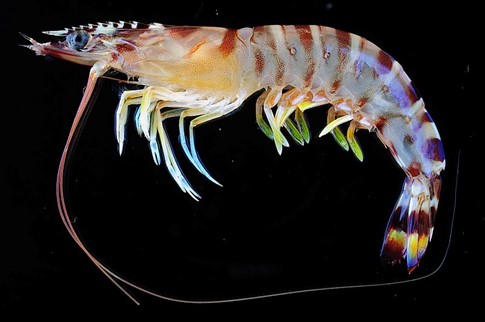 The Kuruma prawn, which may also be referred to as the Japanese tiger prawn, lives in coastal waters that are up to 90 meters deep. They inhabit regions characterized by sandy dirt and muddy bottoms, and they have spread over various seas and European waterways.

The southwestern Pacific and the Indian Ocean are the regions in which this species was first discovered. They are known to move and have been discovered in various locations across the waterways of Europe, where they have taken over and dominated other species of shrimp.

In comparison to other types of prawns, Kuruma prawns can endure temperatures that are lower and yet grow to be between 25 and 30 centimeters in length. They have a brown striped body that is beige overall, and their tails have a blue tint to them.

Because Kuruma prawns need just basic water conditions and a straightforward omnivorous diet, they are simple to cultivate.

Eastern King prawns are found in the waters close to the coasts of eastern Australia. They are an important species that is often caught by fishermen in the region.

This particular species has been a mainstay in the commercial fishing industry in Australia for over 50 years and is considered a culinary delight. They call sandy and soft sedimentary environments their home and may be found as deep as 220 meters.

This huge prawn may grow to be as long as 30 centimeters in length. They are a stunning species with a brilliant rainbow at the end of their tail. This species’ diet consists of things like plankton, worms, other tiny shellfish, and organic waste.

The tail of an eastern king prawn is brilliant and colorful, although the body of the shrimp itself is practically translucent.

Their tall, spike-like rostrum, which often has a tint of red and serves as a defense mechanism against potential enemies, is the trait that stands out the most about them. 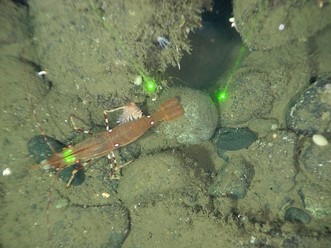 The Northern Pacific Ocean is the only known home of the California spot prawn, which lives at depths ranging from 46 to 488 meters.

Young fish like to hang around in shallower areas, but as they age, they go deeper into the ocean. The spot prawn may grow to be between 25 and 30 centimeters long and weigh up to 0.25 pounds.

The California spot prawn has a life expectancy of up to six years and consumes shrimp, plankton worms, and sea snails as food. Spot prawns are caught by fishermen and served as a delicacy at fine dining establishments.

Spot prawns, which are a distinct kind of shrimp, are not captured in the same traps as other types of shrimp. In its natural environment, this species is consumed by a variety of marine mammals and cephalopods, including seals and octopuses.

Because they have spines below their shells, California spot prawns must be cautiously peeled to avoid injury. In addition to this, they are more sensitive than other species of shrimp, and it is simple to rip them in two. 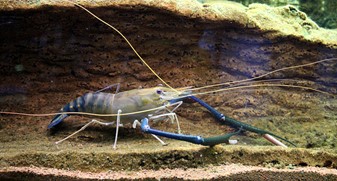 One of the biggest freshwater prawns in the world, the Giant freshwater prawn can only be found in the tropical areas of the Indo-Pacific, India, Southeast Asia, and Northern Australia. Other names for this species include the freshwater scampi and the Malaysian prawn.

Giant freshwater prawns can reach up to 30 centimeters. The bigger species have deeper coloring on their bodies, which might be greenish or brownish-gray in appearance.

These freshwater shrimp have been extensively exported to nations all over the globe. When they are larvae, these animals will reside in brackish water, but after they develop, they will go into freshwater.

This species gets its nutrition from zooplankton and oligochaetes in the water. This shrimp prefers to dwell in regions with plenty of vegetation and trash in shallow waters. During the day, they would hide by burying themselves up to their chests in the sand. 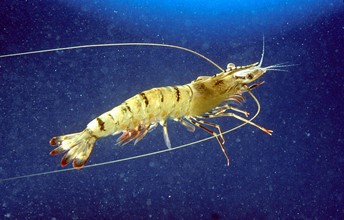 The largest shrimp in the world is the giant tiger prawn, which may grow to be around 33 centimeters long. They can be found in water sources in the United States, the Philippines, Australia, and Southeast Asia.

They are an invasive species that were likely introduced due to farming in the United States, where they are only seldom encountered. The big size of this prawn is one of the reasons it is considered to be a delicacy all over the globe.

They may be as heavy as 10 ounces each. The stripes that run across its dorsal are the most distinctive aspect of this animal. The stripes, whether black or orange, are meant to evoke the look of a tiger.

The giant tiger prawn has an average lifetime of around three years and enjoys warm seas. They consume decomposing waste, detritus from plants, and even some tiny invertebrates as part of their diet.