There are many enormous creatures in the world; nevertheless, many of the planet’s biggest animals are also among its most endangered species.

Land animals have to depend on their muscles and the structure of their bones to sustain their weight. The fact that many of the largest land creatures consume nothing but plants may come as a complete shock to you.

The optimal height for creatures like the giraffe and the brown bear, both rather tall to begin with, has developed throughout the course of their respective species’ history to be just what is required to meet their requirements.

In other situations, the height seems to be driven by a requirement to access the protein-rich leaves that are higher up on trees. This is the case in this example. In other cases, animals’ attempts to outpace their prey resulted in the evolution of larger legs.

There are many other possible causes for height, such as space for the effective digestion of huge quantities of flora, heat dispersion in more tropical climates, and so on.

The ten creatures listed below are considered the biggest terrestrial animals in the world. 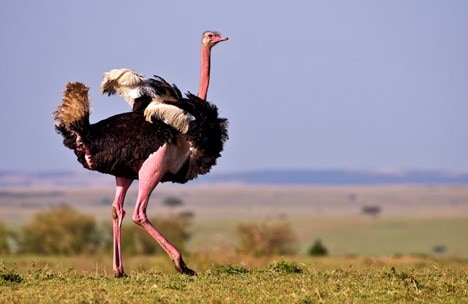 One of the most unexpected additions to our list of the ten largest animals is the ostrich. Even though it may not seem so initially, ostriches can be tall and have an average height of 9.2 feet.

This is because of their extraordinarily long necks. To be more precise, they can reach a height of up to 2.8 meters (9.2 feet).

Ostriches cannot fly, yet no other bird can run as fast as them on the ground. They have the reputation of being the world’s fastest-running birds. Researchers have seen ostriches running at sustained rates of 37 mph and reaching top sprint speeds of 43 mph. 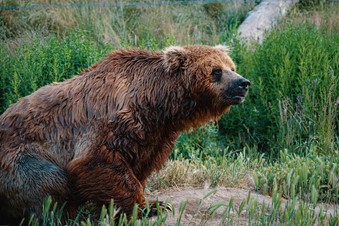 The grizzly bear is a subspecies of brown bears native to North America. Although grizzlies are normally brown, the tips of their fur may sometimes give the appearance of being white, which is where they get their name.

Grizzly bears are formidable predators at the top of the food chain. However, the majority of their diet is made up of plant-based foods such as nuts, berries, fruit, leaves, and roots. Bears are omnivores, meaning they will consume everything from mice to moose.

Despite their enormous size, grizzlies have been timed running up to 50 kilometers per hour. They pose a threat to human beings, especially if they are caught off guard or if the humans get in the way of a mother and her pups.

Brown bears will excavate burrows where they will spend the winter months hibernating, and they will often do this in hilly terrain. During this hibernation time, the females give birth, most of the time to a pair of offspring. 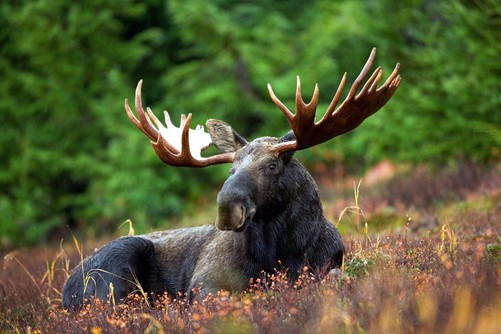 The largest kind of deer is the moose. Males are easily identified by their enormous antlers, which may reach 6 feet in length. Moose have lengthy features and drooping chins on their muzzles. Each moose has a bell, a skin flap that sways behind the neck.

Because they have difficulty lowering their heads to the ground due to their height, moose prefer to munch on taller grasses and bushes. They consume bushes and pinecones throughout the winter, but they also sweep snow with their huge hooves to provide space for moss-browsing.

A young moose’s first year of life is marked by rapid growth. Calves are born in the spring and initially grow one to two pounds per day before increasing that rate to five pounds per day. By their fifth day, they can outpace a human and develop swiftly. 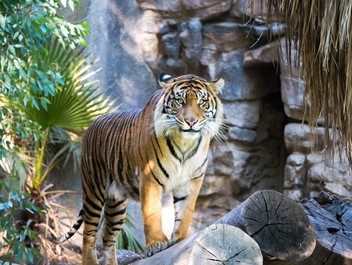 Bengal tigers, sometimes known as Indian tigers, are found throughout India. They make up roughly half of all wild tigers and are the most widespread. They have become a significant component of Indian legend and culture over many years.

Litters of two to six cubs are born by females, who raise them independently with little to no assistance from the father. Until they are 18 months old and for the first two to three years after that, when they leave their moms to locate their territory, cubs are unable to hunt.

Every Bengal Tiger has distinctive stripes that function like a person’s fingerprints. 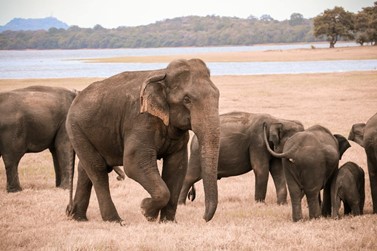 The biggest terrestrial animal on the southern Asian continent is the Asian elephant. They live in grasslands and forests ranging from dry to wet in 13 range nations in South and Southeast Asia.

Asian elephants have evolved to survive on resources that differ depending on the region while preferring to feed on plants.

An elephant may spend more than two-thirds of its day eating grasses, but it also consumes tree bark, roots, leaves, and short stems. Bananas, rice, and sugarcane are common agricultural products.

Asian elephants create social groups of six to seven related females, with the eldest female, known as the matriarch, serving as the group’s leader. 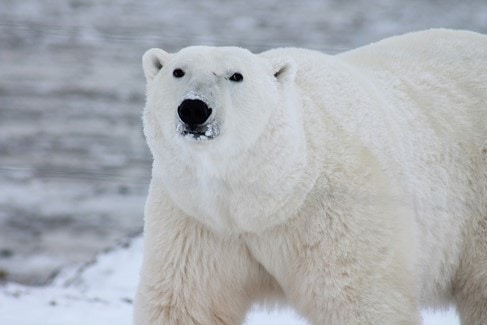 The Polar Bear is the biggest bear that may be found anywhere on the globe. The Arctic Circle is the polar bears’ natural habitat, although they can also be found in the extreme north of Norway, Greenland, Canada, and Russia. Alaska is also a possible location.

Although seals make up most of their diet, polar bears also ingest walruses, small whales, and fish. Polar bears are the most meat-dependent of all the bear species since they are the biggest.

While we all recognize polar bears by their iconic white fur, underneath all that fur, their skin is actually jet black. 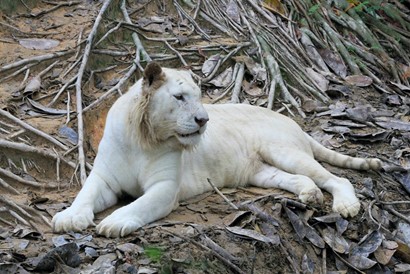 Most, if not all, male ligers and tigons are believed to be infertile. However, the females could sometimes be able to give birth to offspring.

Compared to members of their original species, tigers are often bulkier and bigger. The lack of certain growth-limiting genes, or “growth dysplasia,” is thought to be the cause of the liger’s huge size.

A lion and a tigress are said to have mated for the first time in captivity, probably in the late 1700s. 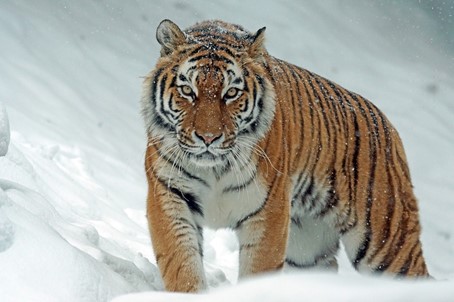 The biggest cats in the world can be Siberian or Amur tigers. Though some are found in China and North Korea, they are most often found in the birch woods of eastern Russia.

These creatures have various benefits, although their northern environment is much harsher than other tigers. Compared to other tiger habitats, northern woodlands have the lowest human population density and the most intact environment.

In addition, since Russia’s lumber sector is now less developed than many other nations, the vast forests provide tigers far more space to wander.

They are the only species of tigers that can endure snow. In addition to their stature, Amur tigers have many adaptations that help them withstand the cold. Compared to other tiger species, Siberian tigers’ coats grow thicker and longer. 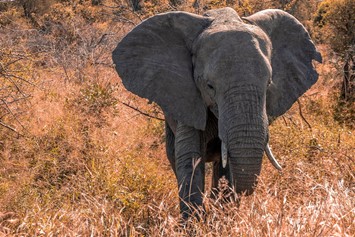 The biggest land mammal on the planet and the largest of the three elephant species is the African bush elephant. Adults may grow up to 13 feet tall and up to 11 tons in weight.

They are herbivores and spend much of their time hunting for food, including grass, leaves, bark, fruit, and other kinds of vegetation. Every day, they must consume roughly 350 pounds of plants.

They may be found throughout the majority of African nations and can be found in a variety of environments, from the broad savanna to the desert.

Elephants from Africa may live up to 70 years, making their life spans similar to humans. 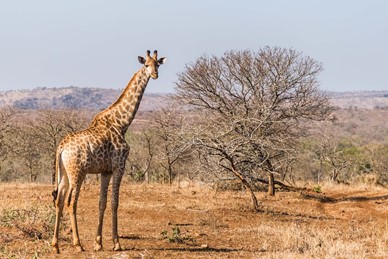 Due to their long necks and high legs, giraffes are the largest land animal in the whole animal kingdom. The legs of a giraffe are around 6 feet tall, which is taller than many people.

Because of their enormous legs, giraffes can travel long distances at a comfortable 10 miles per hour while running as quickly as 35 miles per hour over shorter distances.

Beautifully patterned jackets cover giraffes. Giraffes from the same region show similar patterns, but no two are precisely the same.

Even the giraffe has a long tongue! They can pick delectable treats off trees with the aid of the 21-inch tongue.