External hard drives are an extremely valuable tool for storing large files. They can hold an incredible amount of information and can easily be transported without the risk of breaking or losing that data.

Hard drives have been around for a long time. They were used to store information on computer hard disc drives, floppy discs, and compact discs.

These portable storage devices are one of the most popular ways to back up your data. They have a bunch of benefits, such as being able to store large amounts of data but also carrying them around in your pocket.

In this article, we look at eight of the largest external hard drives in the world, which are still available to purchase today. 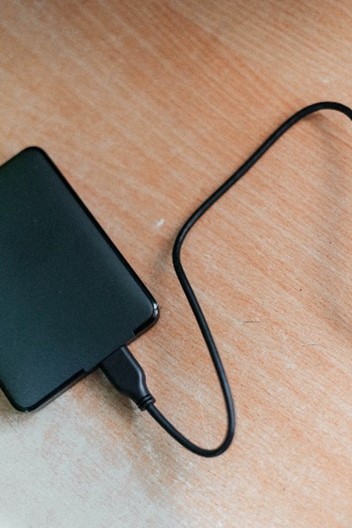 The woven textile enclosure of the Ultra Touch, which comes in either black or white, wraps around the top face and one end of the drive’s plastic casing. This adds a touch of flair and grip to what would otherwise be simply another mundane plastic drive enclosure.

The drive is preformatted with the cross-platform readability and compatibility of the exFAT file system, which will work without issue for most Windows or Mac installs.

If Mac users want to take advantage of Apple’s Time Machine, the disk will likely need to be formatted as HFS+ first. In addition, for the best possible speed, some Windows users may want to reformat the disk using the NTFS file system.

The Seagate Backup Plus Ultra Touch portable drive is an excellent option for daily backups and usage with a primary focus on data protection since it combines excellent performance with robust encryption.

The Ultra Touch is equipped with the capability for USB 3.0 when connected through a USB Type-A or USB Type-C cable. A standard Type-A port serves as the destination for the Micro-USB Type-B cable, and the package includes both a conventional Type-A port and a Type-A-to-C converter. 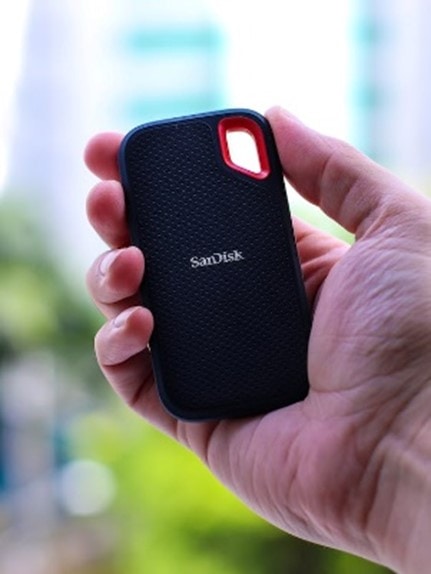 The SanDisk Extreme Portable SSD, despite its diminutive size, is a hardy piece of hardware that comes with an IP55 rating. This rating is part of the International Protection Rating system, which categorizes the degree of protection that a device has against various elements like dust.

The SanDisk drive has been given an IP55 classification, which indicates that it protects against possible harm caused by dust and liquids, including rain and accidental spills.

In terms of performance, SanDisk quotes the Extreme with speeds of up to 1,050MB/s read and 1,000MB/s write compared to the previous iteration’s 550MB/s, which is more or less the standard for all mid-level portable NVMe drives we’ve seen, so far.

Users also have some piece of mind regarding security since they can password-protect their files and exploit the built-in 256-bit AES hardware encryption. Both of these features provide users with some level of control over the protection of their data.

The drive can withstand falls of up to 2 meters in height. All of them are important for those who work outdoors or who are always on the go and carry a portable drive with them everywhere they go. 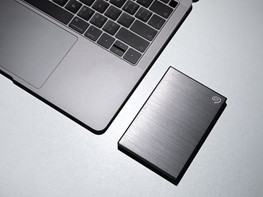 There are six distinct types of external hard drives that Seagate offers, but the Backup Plus was unquestionably the one that piqued my interest the most.

It combines the benefits of Seagate’s affordability and a no-frills approach with some distinctive characteristics, such as a multitude of color options and a one-year data recovery guarantee.

Keep in mind that this is a portable hard drive, which makes it quite easy for you to transport from place to place. It does not need an external power source and is not as cumbersome as a traditional desktop hard disk.

The Seagate Backup Plus Portable 5TB hard drive comes with software called Seagate Dashboard that is both Windows and Mac OS compatible. 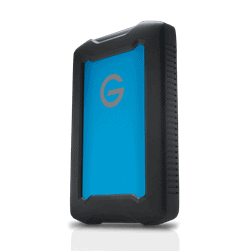 The G-Technology ArmorATD portable hard drive is a tough, all-terrain portable hard disk that remains steadfast even when subjected to extreme amounts of pressure. This allows you to endure harsh conditions while still capturing and preserving the ideal files.

With resistance to rain, dust, and triple-layer shock, as well as a robust aluminum casing, this camera was designed specifically for outdoor filmmakers and photographers that travel extensively.

This drive provides a portable means of backing up your photographs, videos, and information wherever your travels may take you. It has a storage capacity of up to 5 terabytes and a data transmission rate of up to 140 megabytes per second.

It has Internal Shock Mounts, a Protective Rubber Bumper, and a Solid Aluminum Enclosure to provide Triple-layer Shock Resistance, which protects your files from being damaged if it is dropped accidentally. 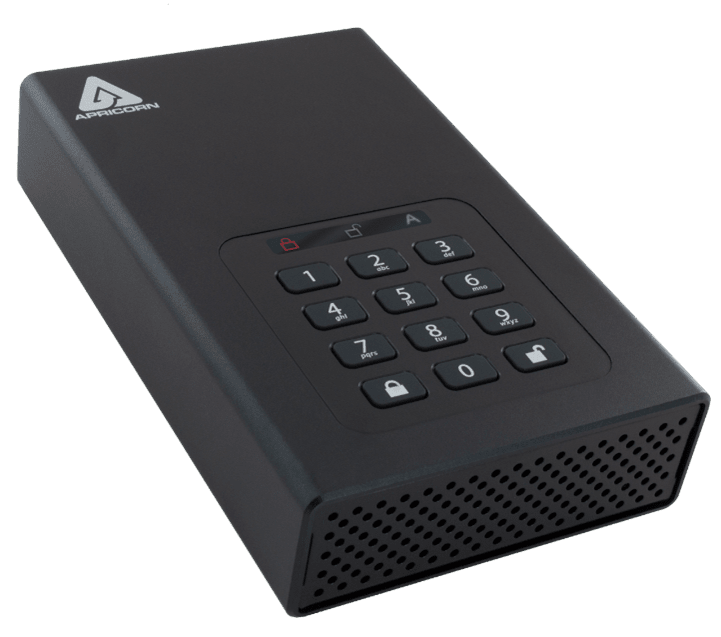 If you work with any sensitive information, keeping it on a disk that is not encrypted is a hazardous move.

Even if encryption may be performed in software with a high degree of fine-tuning, there is no substitute for a solution that relies only on hardware and frees you from the complexity of software settings.

On the front of the Aegis Padlock drive is a perforated ventilation panel, while on the rear is its USB 3.0 port, power connection, an On/Off button, and a lock slot for securing the drive to a desk or other surface.

Internally, it makes use of a 3.5-inch encrypted hard drive, and the electronics that perform the encryption are shielded from physical assault by a layer of epoxy coating that covers the whole device.

It offers helpful features such as an unattended auto lock, and the drive can auto-lock as soon as the USB connection is lost (for example, if the USB cable is disconnected). 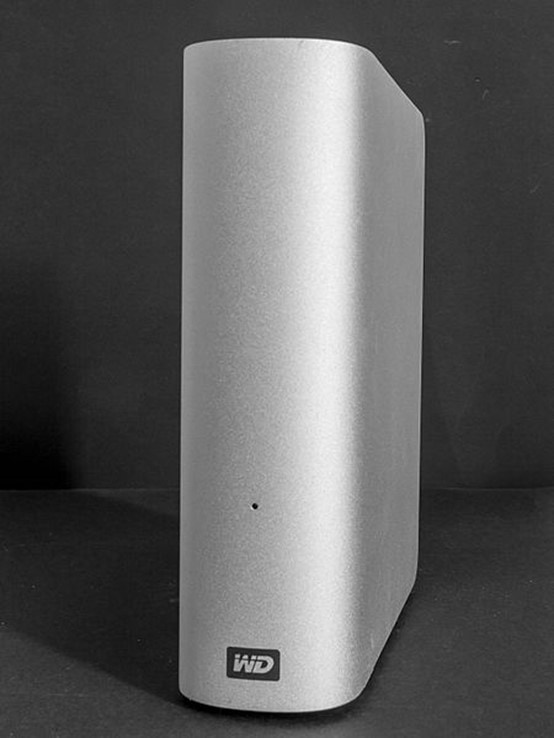 The Western Digital external product lineup of the storage giant includes My Book drives as a mainstay. They’ve been around for a long, in a variety of guises, and it’s not hard to see why they’ve endured.

My Book is a storage solution that enables you to get a large amount of space for a reasonable cost. It has archival drives and a modern outside design.

There are millions of individuals all around the globe who put their faith in the data storage provided by My Book PC.

My Book Desktop hard drive contains a limited warranty that lasts for three years and is designed to fulfill the stringent specifications that WD sets for durability, stress tolerance, and long-term dependability.

The built-in 256-bit AES hardware encryption and password security that come standard on the hard disk of the My Book desktop computer assist in keeping your material private and secure. 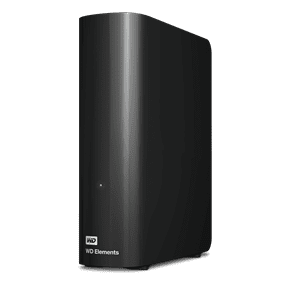 The WD Elements HDD Desktop storage is the largest hard drive, allowing up to 20 terabytes of data. It is the best choice for simple add-on storage of your precious images, music, movies, and information because of its stylish style and up to 20TB1 capacity.

The WD Elements desktop hard disk drive provides rapid data transfer speeds when it is attached to a port that is compatible with USB 3.0.

The WD Elements desktop hard disk drive is pre-formatted with NTFS, is compatible with Windows 10 and later versions and may be configured to work with a Mac.